SEATTLE - We're forecasting another shot at seeing snow showers for portions of the region Sunday as low-pressure spins in more precipitation.

Areas south and southwest of Seattle have the best chance for lowland snowflakes. We're expecting potentially a couple of inches for those lowland areas with up to four into the southern foothills and mountains. 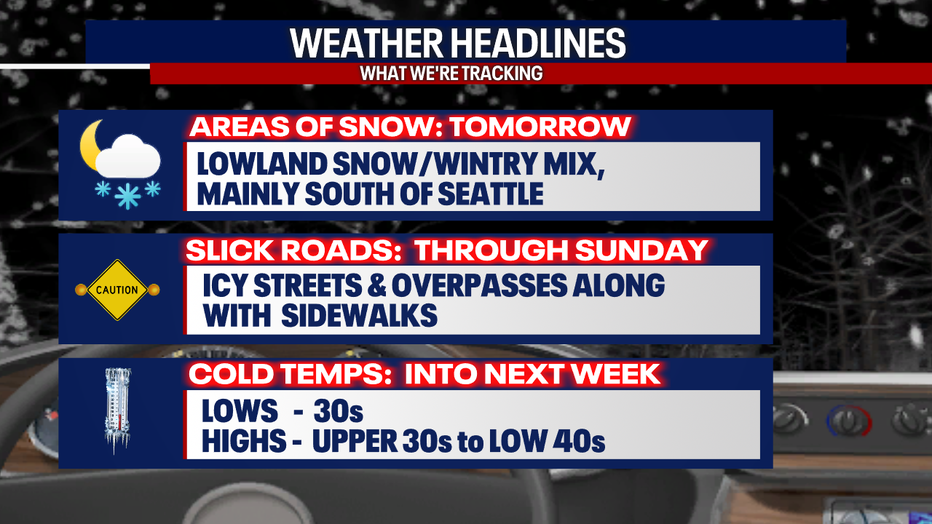 We'll also continue with the very cold, below average theme Sunday as most of us will drop 5-10 degrees cooler than normal. Seattle bottoms out near 28.

Overnight temps are cold! Look for mid to upper 20s for Skagit and Whatcom Counties, with slightly warmer lows, near 30, for folks in Snohomish County. 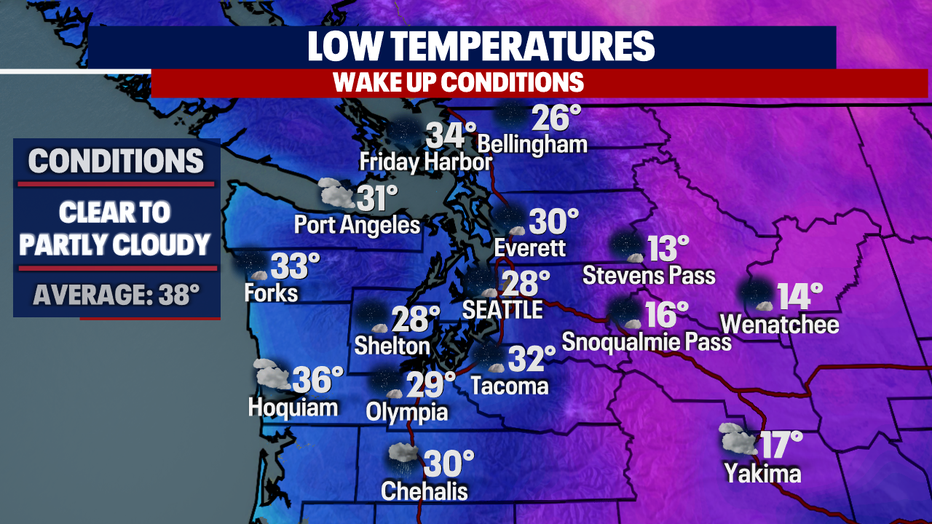 Sunday starts out dry under partly cloudy skies, but quickly turns to mostly cloudy. Tomorrow's snow depends on two elements: The storm track and temperatures. And right now, temperatures are looking cold enough to warrant precipitation to start as snow. We're keeping a close eye on counties south of Seattle down into the WA-OR border.

This weather maker isn't going to pump out much snow, but some spots like Shelton, Olympia, Centralia, Kelso, etc. could see a one to two inches. We do expect more snow to fall east into the foothills and Cascades. 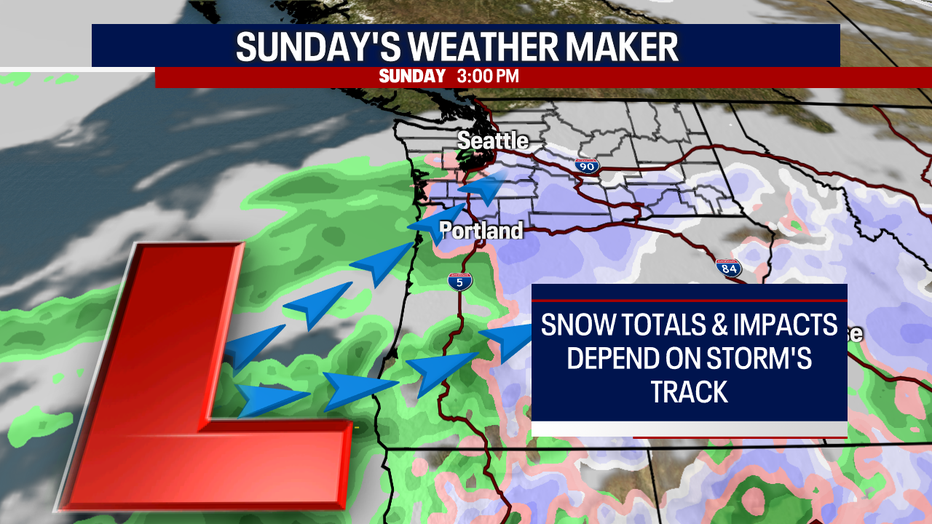 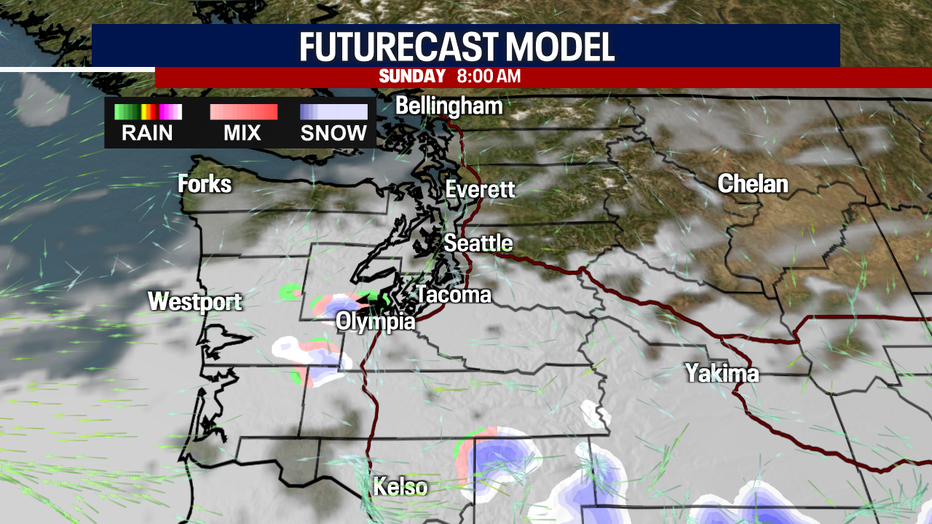 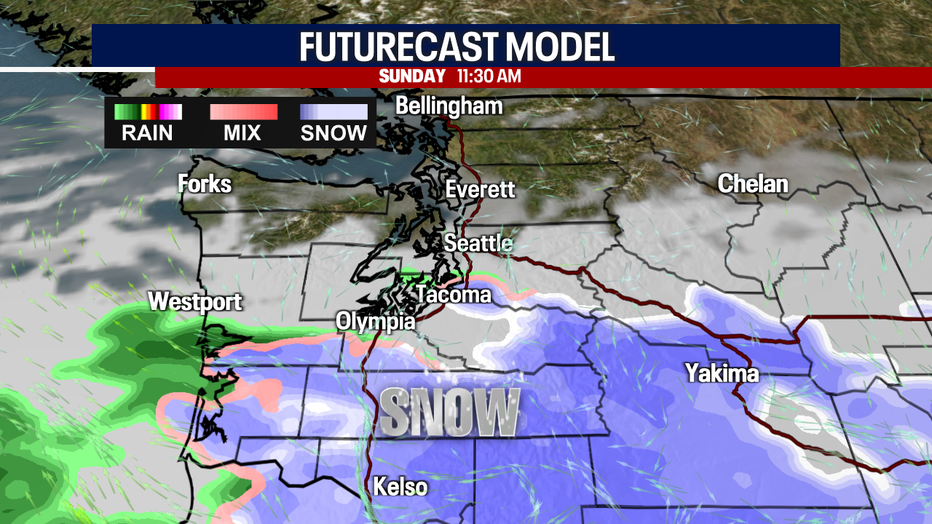 And even though we are focusing on the southern portion of the state for this next round a few showers could travel as far north as Everett. 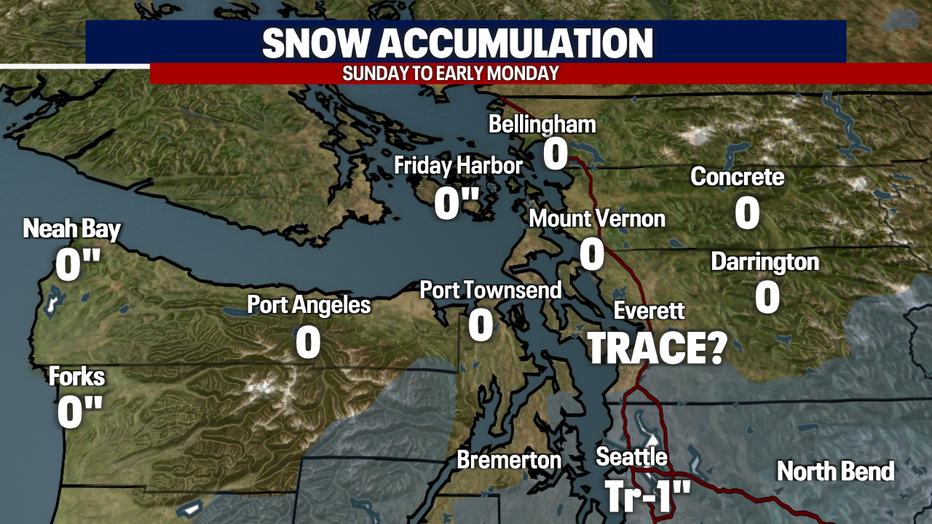 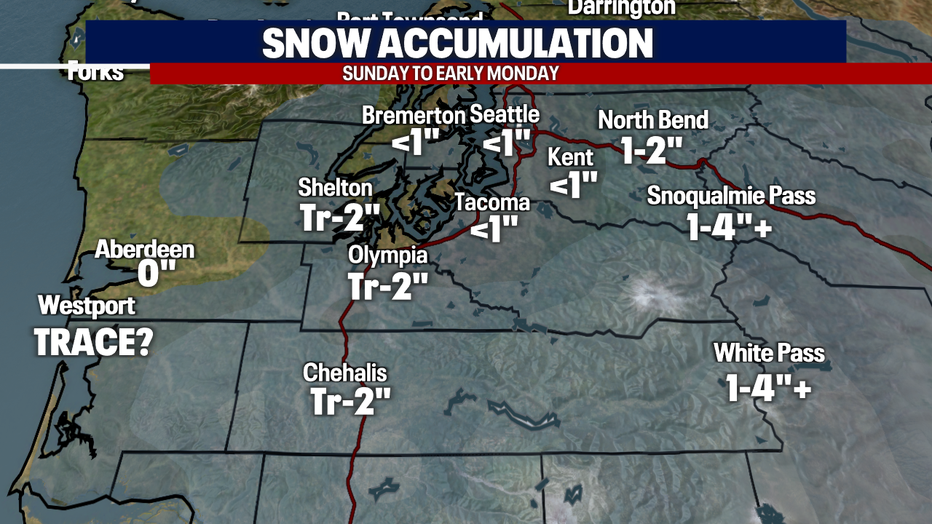 Highs on Sunday are chilly, only warming into the upper 30s to near 40. 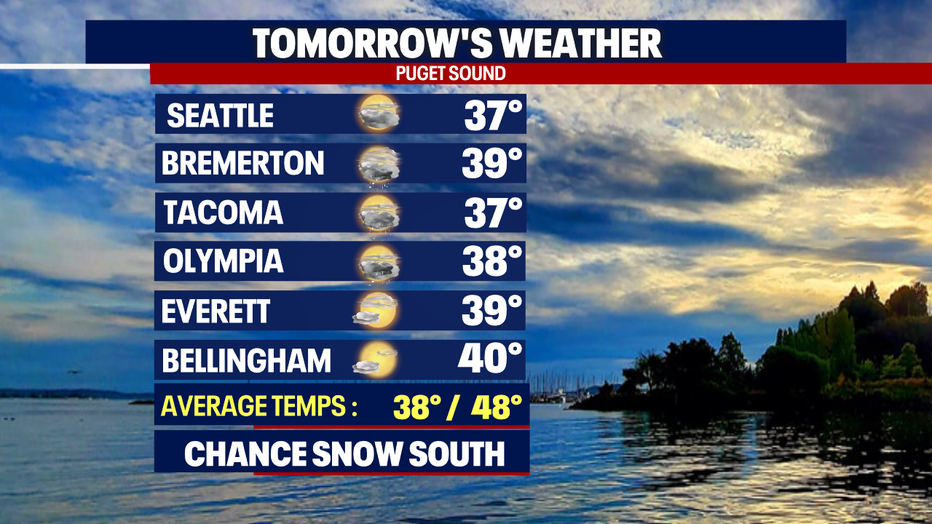 As we kick off the first full week of December, look for dry conditions on Monday with highs struggling to reach 40.

Another system arrives late Wednesday into Thursday pushing in another round of rain for the lowlands with the potential for heavy mountain snow. Stay tuned! 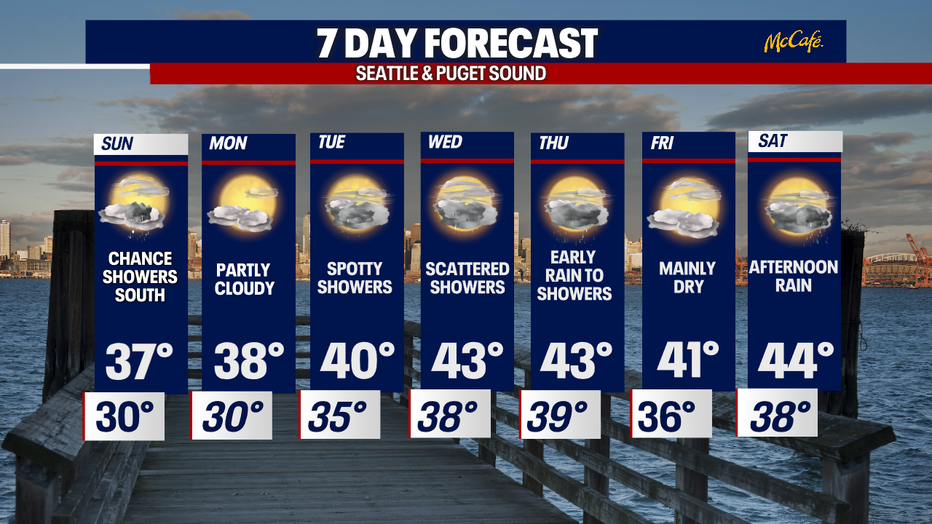 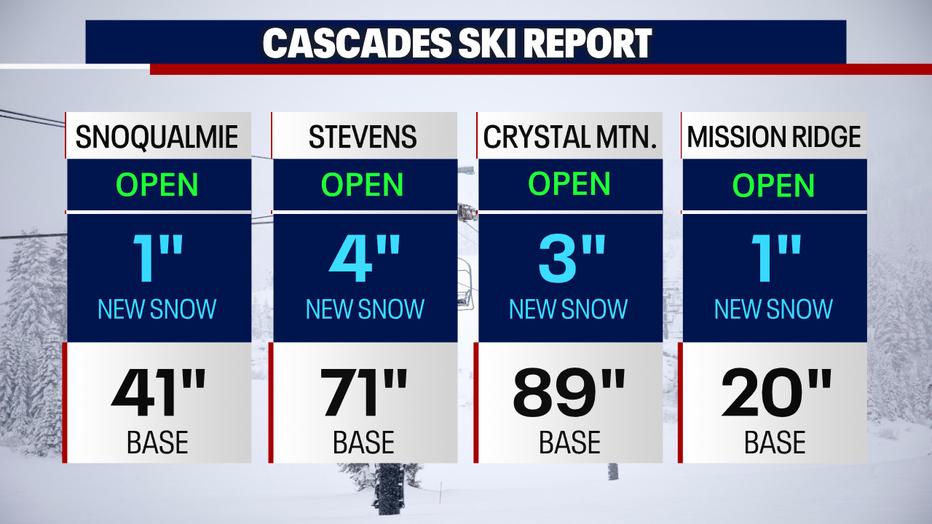 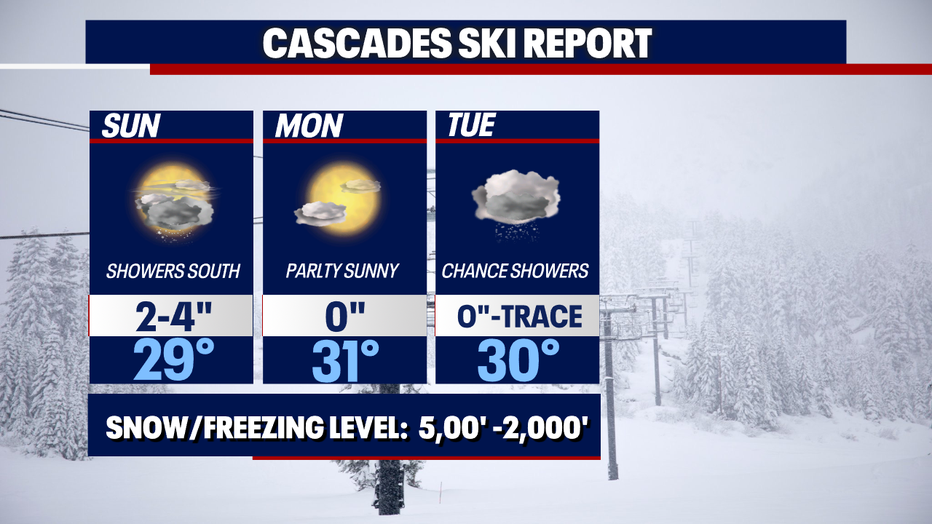