Gaining daylight, sunset tonight to be 9:08 PM. Rain coming will dampen down pollen, and mild temperatures take over Washington Summer.

High temperatures will be a few degrees warmer than Tuesday, back into the mid 60s for most spots around the Puget Sound area. 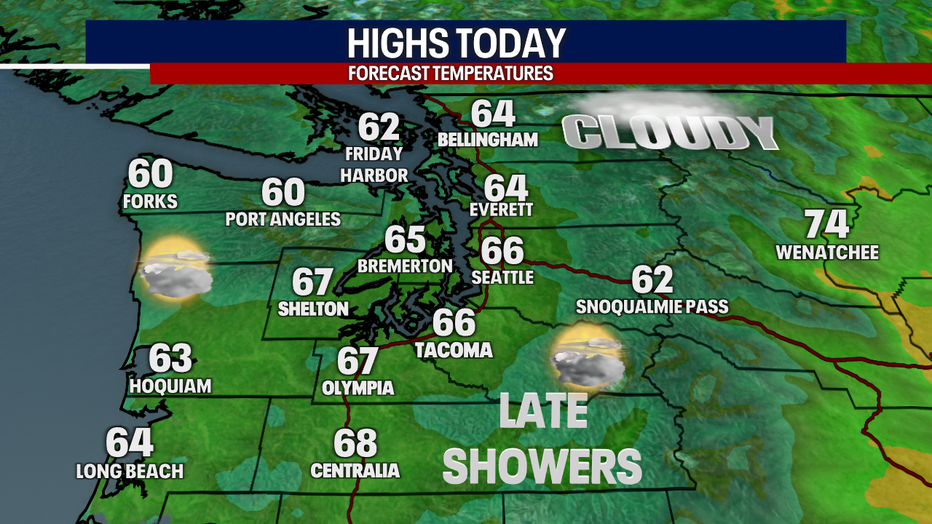 Later tonight a weak system will bring showers into the area from the south. There is a slight chance for an isolated thunderstorm over the higher elevations, but in the lowlands it will feature just a few scattered showers which will linger into Thursday morning. 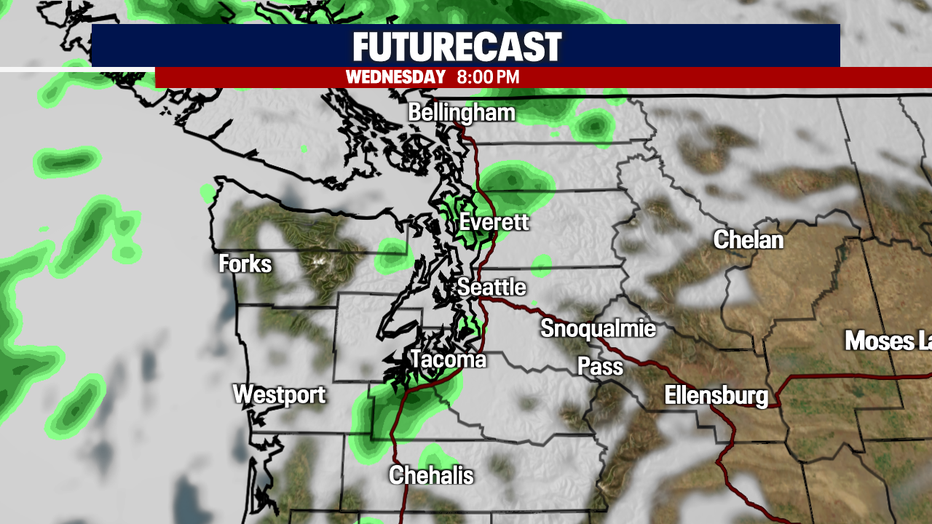 The rest of Thursday looks great, with lots of sunshine and highs back into the upper 60s. Showers return for Friday and Saturday, and could linger into Father's Day as well.

Early next work week looks dry and partly cloudy, with highs staying cooler than average, in the mid 60s. 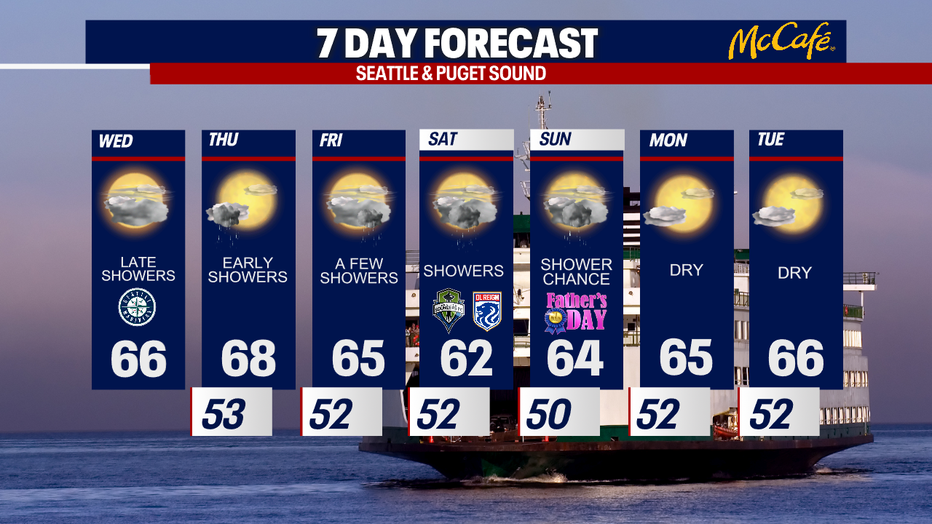