Feeling cool for August this weekend

Seattle - A couple of weather systems are dropping south from British Columbia today and Sunday bringing clouds, cooling us down, and there is a slight chance of a few showers.  Most of us stay dry.  The normal high for this time of year is 77 and today's high will be almost 10 degrees cooler. 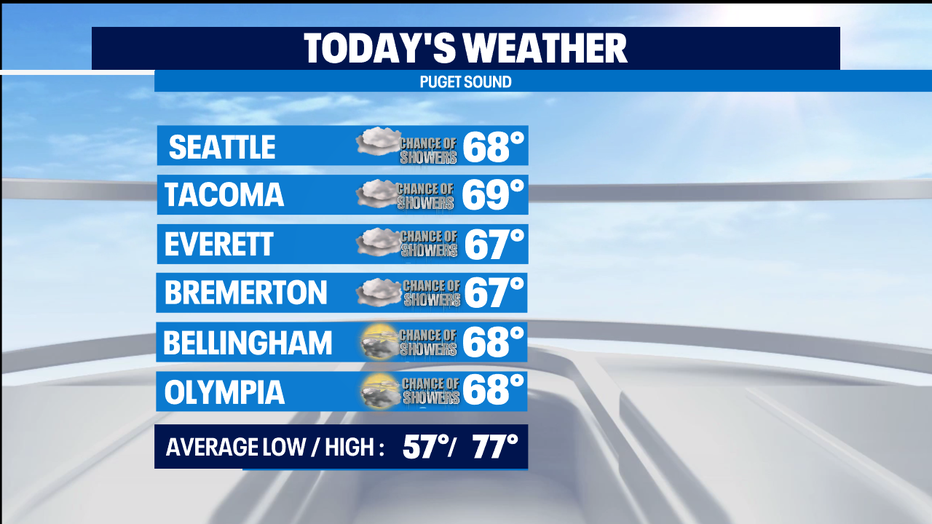 There is a also a chance of showers in Central and Eastern Washington which could be moderate-to-heavy at times.  A Flash Flood Watch has been posted for several counties there.  Steep terrain and recently burned areas are at heightened risk for flash flooding and debris flows.  This starts this afternoon and goes through tomorrow. 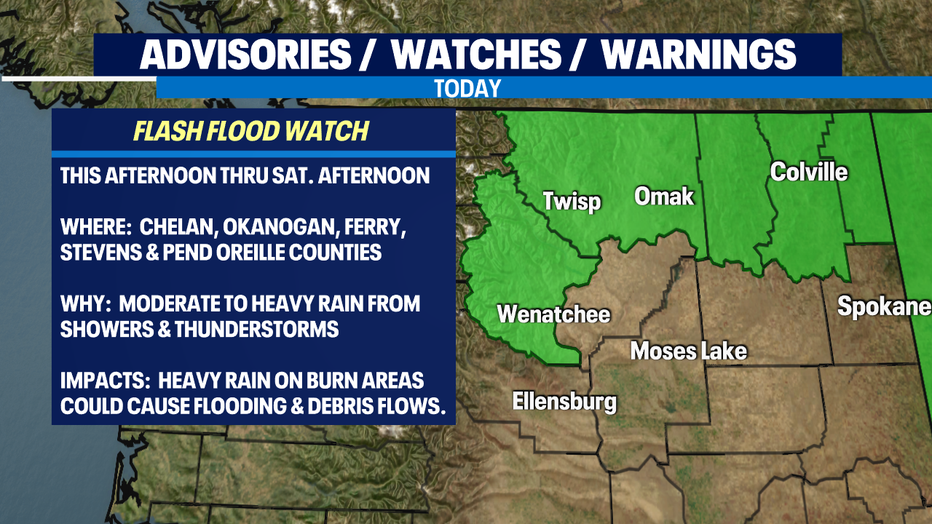 Tomorrow will be mostly cloudy with a slight chance of a shower.  Highs will be comfortable - low 70s.

Sunday, there is a chance of a little rain in the morning, then we start to clear out in the afternoon.  Hopefully we'll be able to see the full moon.  Geeky details about the Full Seasonal Blue Sturgeon Moon below.

Monday through Wednesday, we're back to mostly sunny skies and we'll warm up to around normal again (upper 70s) by mid-week. 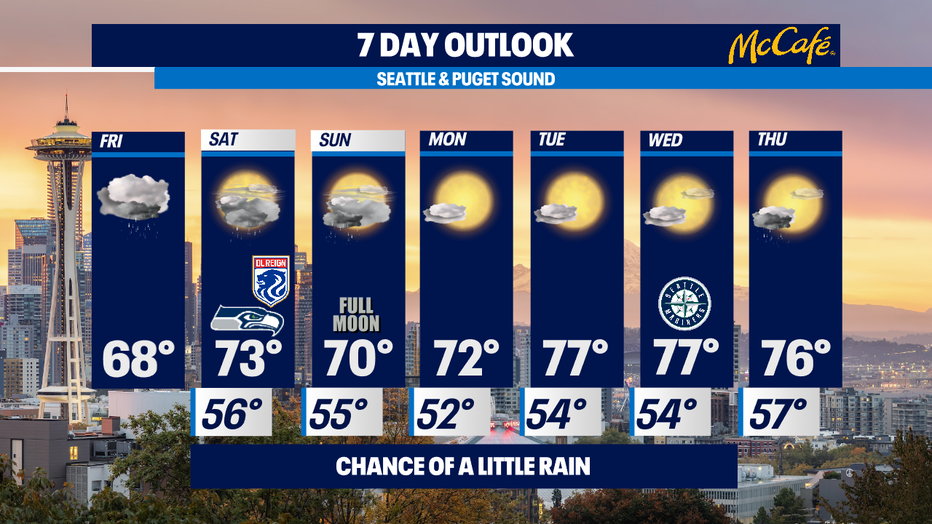 Sunday is the full moon. And, here's your chance to be the smarty pants at the socially-distant barbecue you're going to this weekend -- it's called the "Full Seasonal Blue Sturgeon Moon." A blue moon is usually when there are 2 full moons in a month and the 2nd one is called a "blue moon." The "seasonal blue moon" happens when there are 4 full moons in a season, as there are this summer. The 3rd full moon of the 4 is called the "seasonal blue moon." AND it's the full sturgeon moon because this is the time of year when Native American fishing tribes noticed that the giant prehistoric-looking sturgeon fish are plentiful in the Great Lakes.  The full moon is actually totally full at 4:03 a.m., early Sunday morning. But it will probably be cloudy. It will still look full Sunday evening, when the sky will be clearing. 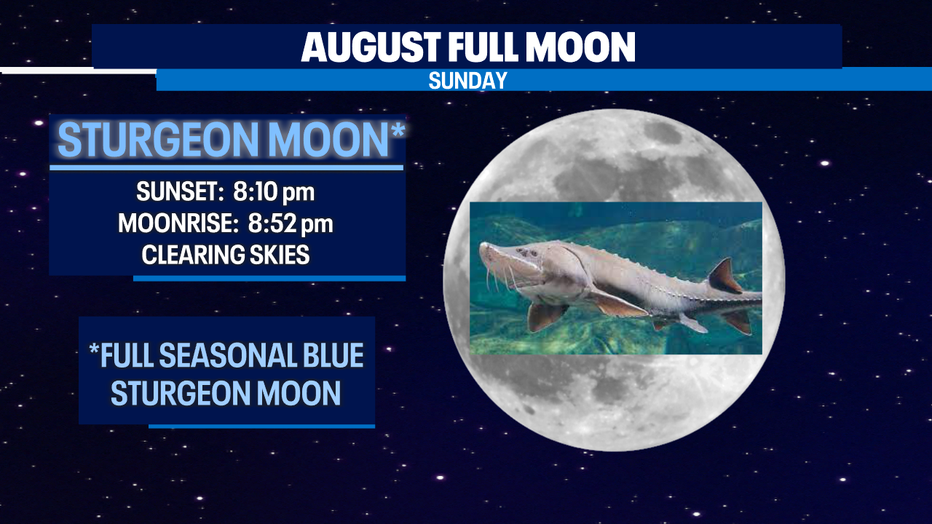 With cloudy skies and only a slight chance of a shower, and cooler temps topping out in the upper 60s to around 70, it's a Waggin' Tail Day for the Pet Walk Forecast. 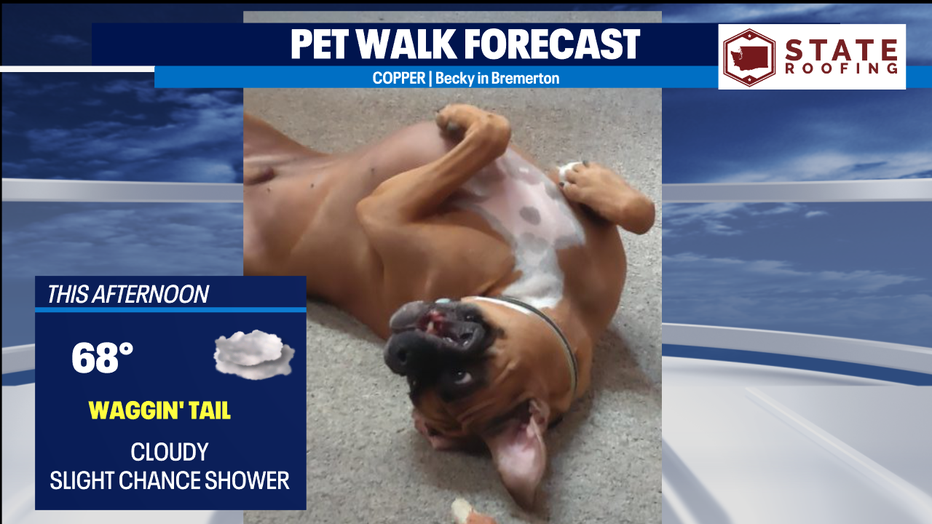