SEATTLE - We've been talking about a cold snap heading our way -- and with it a chance for low elevation snow.

Looking at the polar vortex that's been knocked off the north pole and sitting over Siberia and northern Japan. By Saturday night, a chunk of that colder air will be heading our way. It looks to be cold from Sunday through Tuesday with our coldest day on Monday of next week. 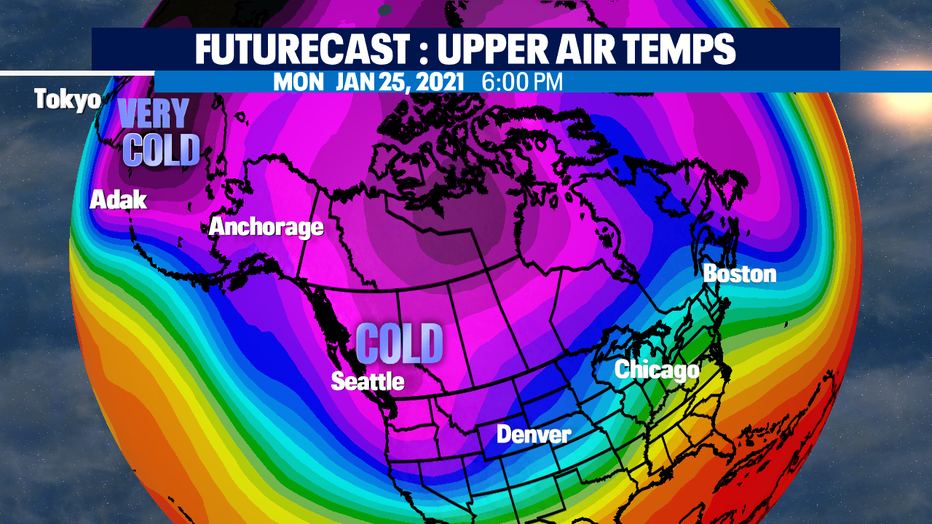 Cold air will be in place when precipitation arrives Sunday morning. Most of us in the lowlands show up in our Futurecast model as pink in color which indicated a rain/snow mix. Not much will stick here except for grassy areas, roofs, and tops of cars and in the trees.

GET THE Q13 NEWS AND WEATHER APPS FOR SEVERE WEATHER UPDATES. 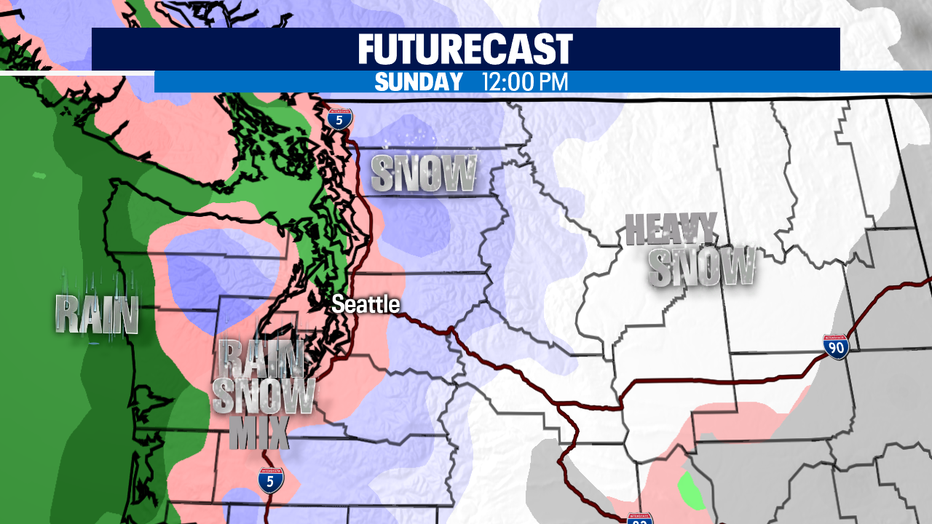 Accumultion amounts should be meager maybe an inch, possible 1-3 for our foothills. By 5pm, it appears enough of the warmer marine air works into Western Washington, so we move to an all-rain for the lowlands scenario. If there's enough rain, it will melt all the snow away rather quickly. 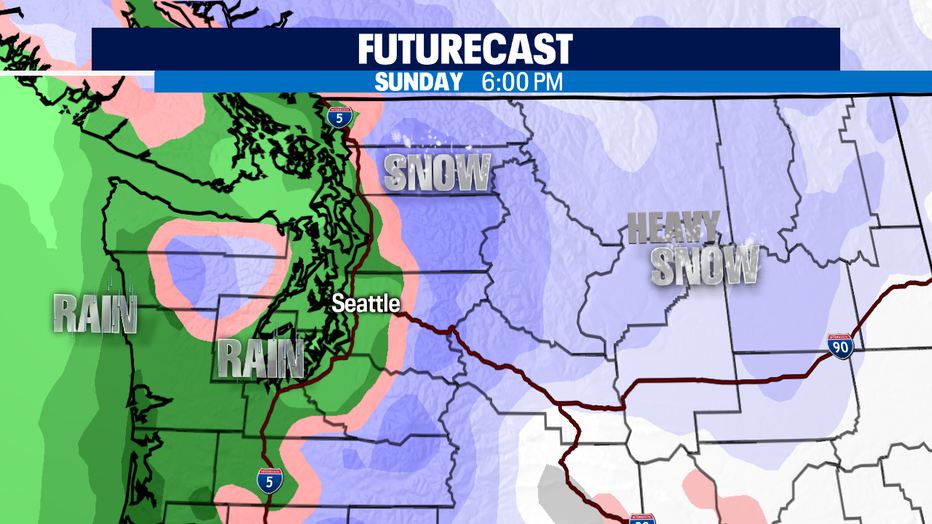 Often the forecast models will overdo precipitation in general with a cold air event -- so if we don't get enough rain on the snow to melt it. So some areas that get that higher snow amount (towards the 2-3") could have some slushy pockets even as we move into Sunday night and Monday. The problem in these areas is that slushy areas could have a hard freeze for Monday's commute. 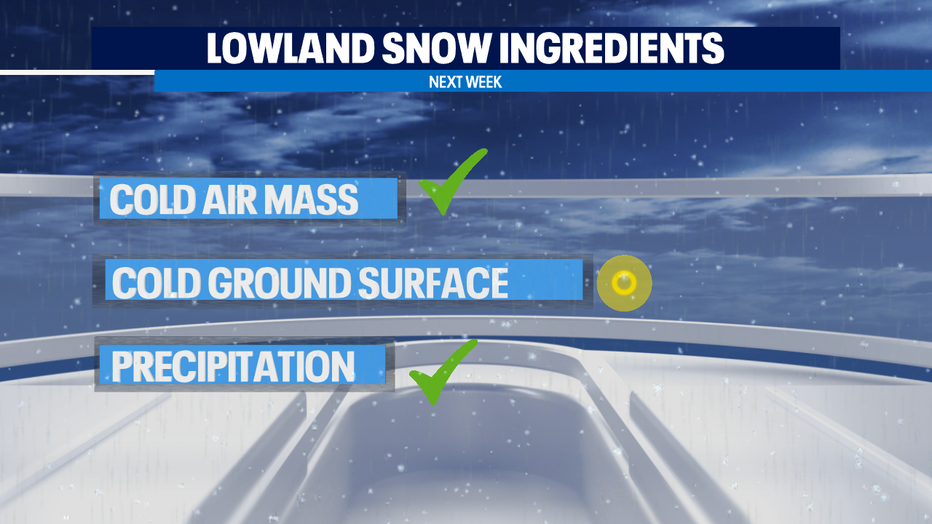 But it's challenging to get lowland snow to stick around Western Washington lowlands. And like any recipe, you need the right ingredients in the right amounts. And things are not perfectly aligned to see a big snow for our region. The cold air will be here, but the ground wont be that cold.

It takes a longer duration cold weather event to get the ground frozen. Precipitation will be here, but cold air holds less moisture than warm air-- so once the Sunday front moves through, we likely wont end up with too much more chance for addition precipitation on Monday and Tuesday. But, forecast models can change and we'll be monitoring this very closely in the weather center. So be sure to stay tuned! -Tim Joyce