Temperatures will begin to drop, and we can expect some chilly weather in the morning.

SEATTLE - Wednesday will be more dry than wet as Western Washington gets a bit of a break from the wild weather of the past week.

High pressure is building in over the Pacific Northwest briefly today. Before it shifts east, we will be looking at a mainly dry day with just a few leftover showers and cooler afternoon high temperatures, in the mid 40s. Winds will also be much calmer today. Showers will mainly be in the higher elevations of the Cascades. 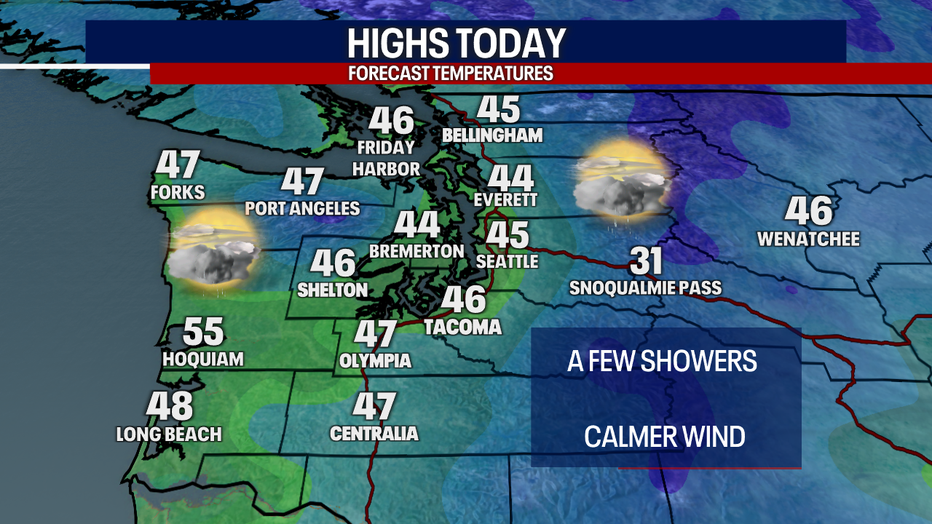 There are still some areas dealing with flooding issues today, though with very little rain today waters are receding. A Coastal Flood Warning is in effect for areas close to Puget Sound until early this afternoon. The Skokomish will likely remain above flood stage today, with other rivers looking much better. Even with the rain we have coming the next few days, I don't expect it to impact our area rivers in a big way.

December is almost over and it has been a very cold month. Temps stayed below average for the first three and a half weeks. It took until Christmas Eve to finally see a day back in the 50s. The rest of the month will be back close to average. 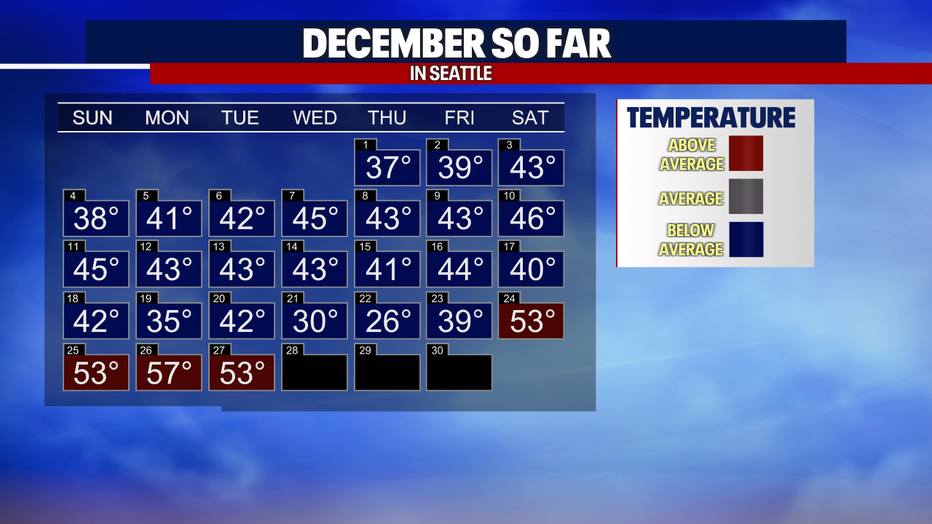 It has also been a month filled with all kinds of precipitation, from rain to snow to freezing rain. In total, this December has been wetter than average achieving almost seven inches of rain so far. 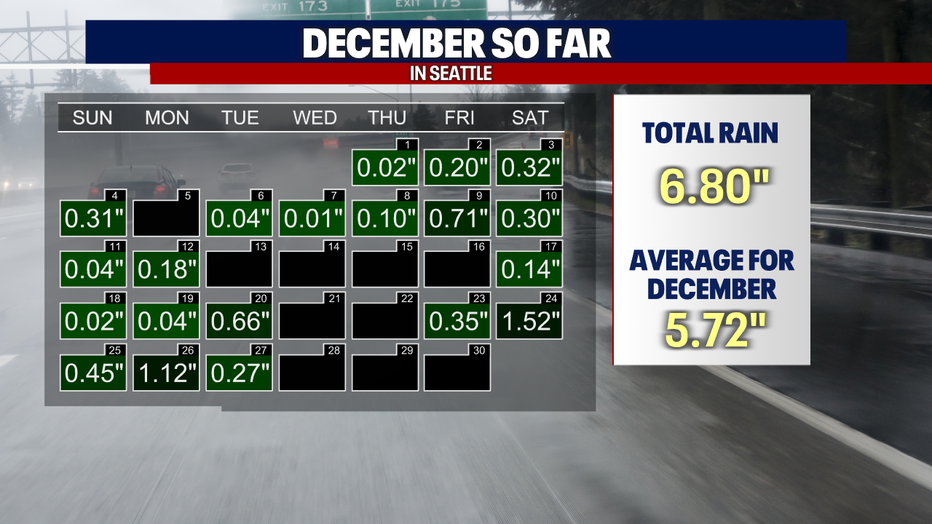 The last few days of 2022 will bring rain showers. Thursday will be wettest in the middle of the day with another round of rain hitting late Thursday night.

If you're heading out for New Year's celebrations, expect a few showers here and there late Saturday night. New Year's Day looks like our best bet for a dry day over the next week. 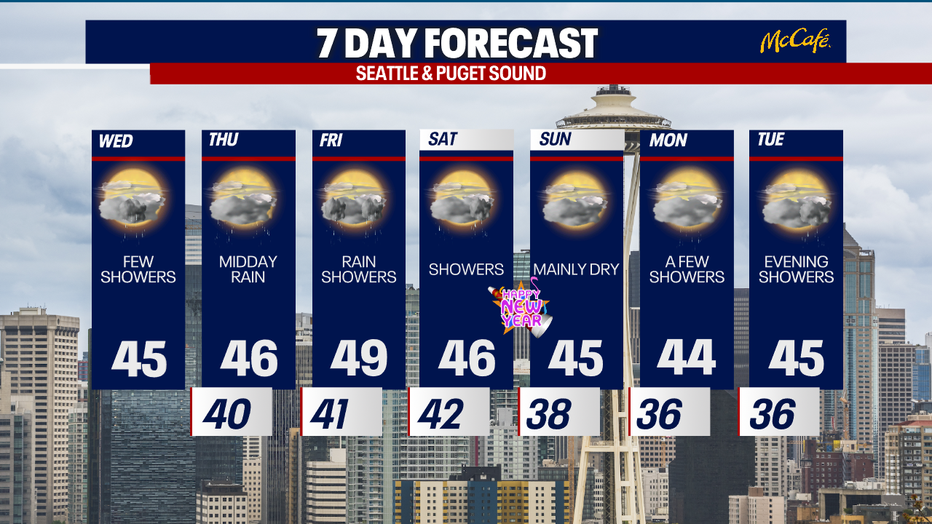