But Saturday is shaping up to be a nice day!

SEATTLE - We're tracking some chilly temps this morning and a lot of dense fog in pockets around Western Washington. The fog will lift after sunrise in most places and a few peeks of sun are possible before another front delivers some showers by the evening commute.

Temps are cooler than we've seen in a while, but an afternoon high of 46 is spot on for normal for this part of December. 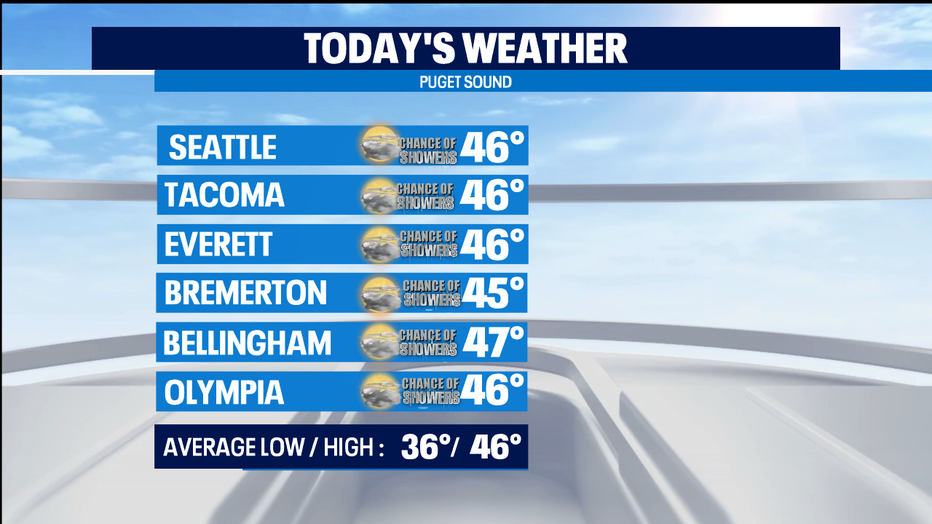 On / off passing chilly showers are in the works for Friday. This will be all snow for our mountain passes with several inches of accumulation. Even colder air moves in after the front, so watching snow levels drop on Saturday morning to the lowest levels we've seen all season. For lowland snow lovers, the problem with the cold air moving in is that it's drier air. But, if there's lingering showers they could have some snowflakes mixed in. It's a pretty big if for this time around, but it could make things a little slick in the foothills with the snow level hovering between 1,000-1,500'. 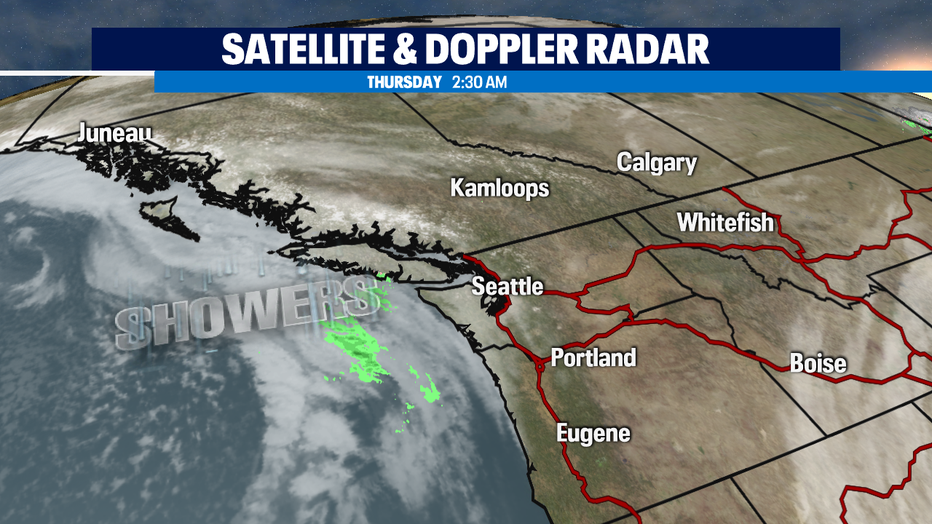 Saturday during the day looks really nice, but increasing clouds as the afternoon goes on. Soggy for Saturday night and into Sunday morning. The forecast models are suggesting we could see a really brief break between weather systems before Sunday evening rain moves back in.

Next week on/off rain at times as several successive weather systems move through with not much breaks in between. The more active weather pattern will warm up our overnight lows back into the warmer than normal 40s. But, high temps still wont be in the 50s. Definitely feeling like December in the PNW. -Tim Joyce