SEATTLE -- Friday night will have mostly cloudy skies with a few scattered showers lingering from the system that blew through during the day.  After midnight there will be more rain!

Lows settling into the mid-40s, which is about 5-8 degrees above normal.

Some of us will wake up to a few showers Saturday, while others stay dry.  By mid-morning Saturday we’ll get a decent break in the rain, at least for a few hours.  The next system starts to move in off the SW WA coast by 8 p.m.,  delivering another round of rain. 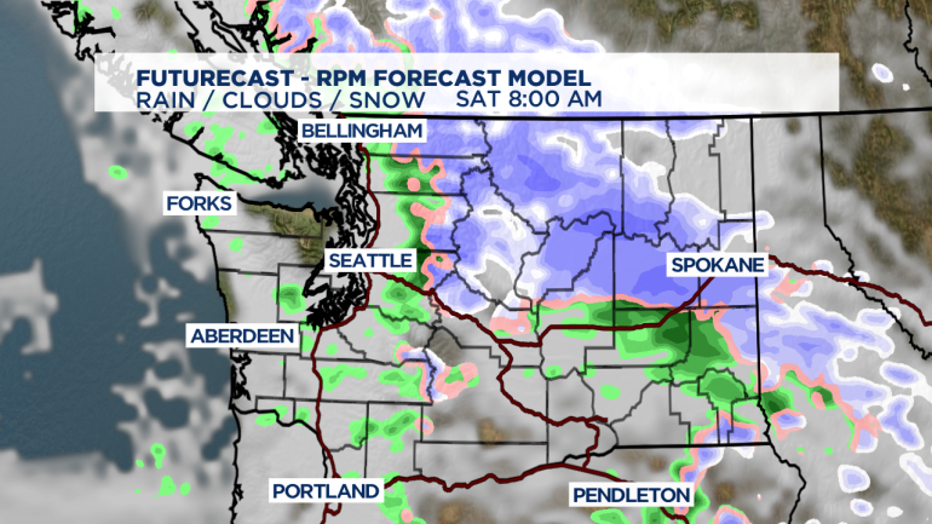 Showers will push up from the South Sound and by about 11 p.m. and everyone will deal with rain.  Highs will run a bit warmer than normal in the low 50s.  Lows are running warm too in the mid-40s instead of the upper 30s. 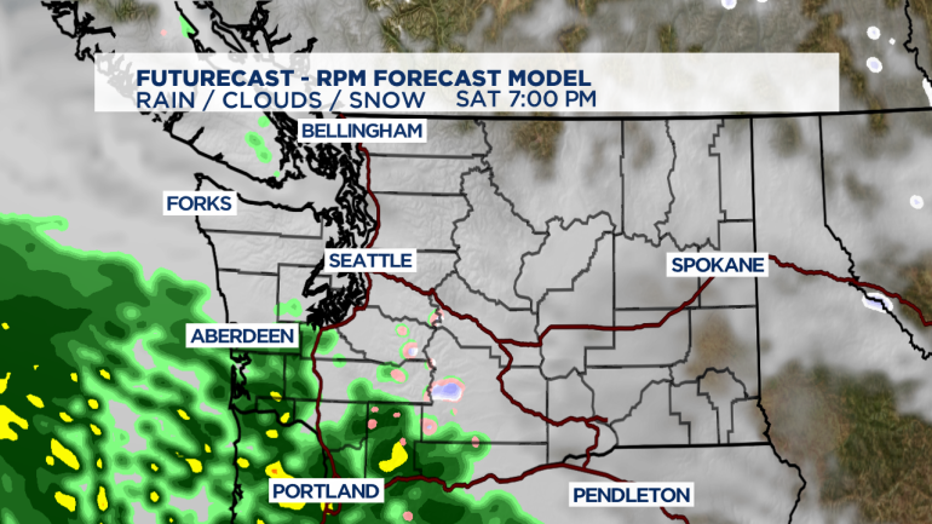 With that said, we’ll leave the Flood Warning up for Mason County and the Skokomish River near Potlatch through Monday afternoon. 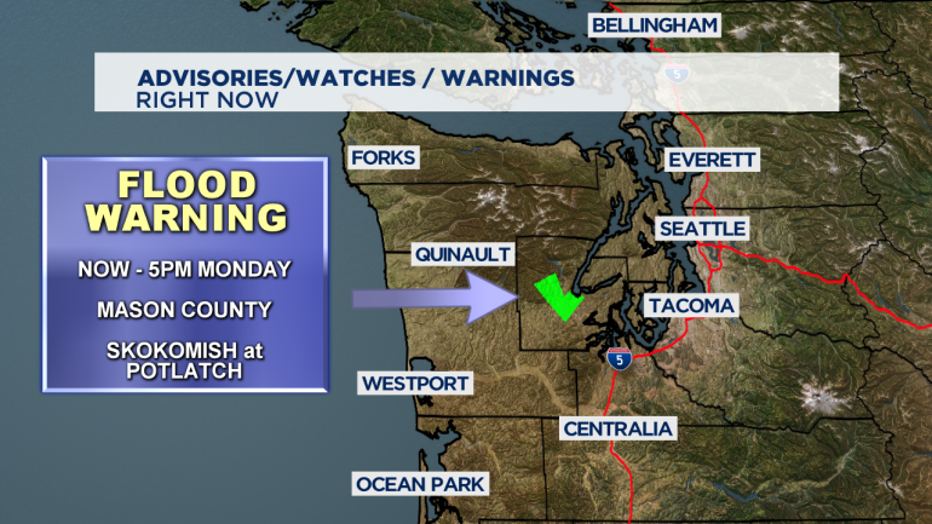 Rain will be with us most of Sunday and you can expect winds to gust at times too out of the SSW.  Highs will be in the low 50s.

Overall, the next seven to 10 days have a chance of showers, some wind and warmer than normal temperatures. 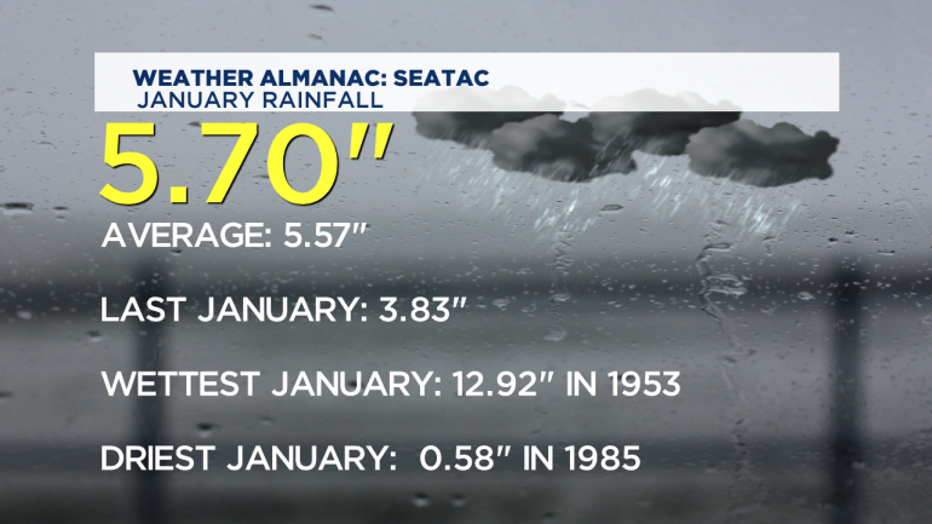