SEATTLE - The Texas coast took a direct hit from Hurricane Hanna on Saturday, while a second storm in the Pacific Ocean is taking aim at Hawai'i on Sunday.

Hurricane Hanna's last minute intensification early Saturday morning before making landfall on North Padre Island this afternoon was one of the reason why parts of the Lone Star State were drenched with almost a foot of rain in some areas on Saturday. As of 7p, Pacific Time, the storm is still as category 1 storm on the Saffir-Simpson hurricane scale. As the storm moves inland, the speed of the winds will drop but the flooding rains and wind will continue. When the sustained winds fall below 74 mph, Hanna will be considered a tropical storm. It still will be destructive as it moves across South Texas and the storm crosses into the Mexican states of Tamaulipas and Nuevo Leon. The storm could cause the biggest problems as it moves inland into the much more mountainous terrian Nuevo Leon near the city of Monterrey where the drenching tropical rainfall could trigger landslides in the next few days as the storm stalls and eventually dissipates. 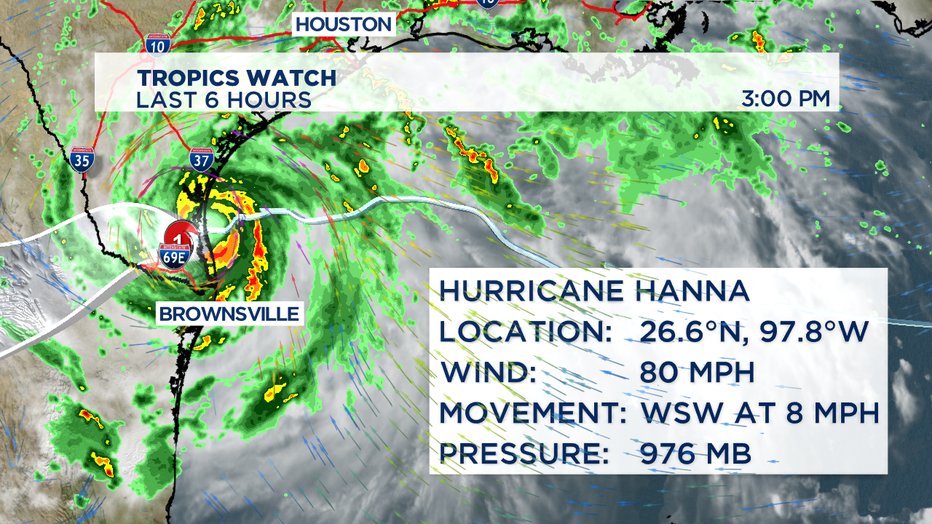 Hurricane Doulgas has weakened somewhat in the last 24 hours, but still taking aim at the Hawaiian Islands. While the "Big Island" of Hawai'i could be spared a direct hit, the smaller islands including densely populated O'ahu which is home to the capitol Honolulu. Home to about a million people, Honolulu could see Douglas breeze past during the afternoon and evening on Sunday. The center of what's called the "cone of probability" looks to be a bit north of the main island chain. That could put the right front portion of the storm, considered the most dangerous part of a hurricane in the nothern hemisphere, out over the more open ocean and not over the islands. 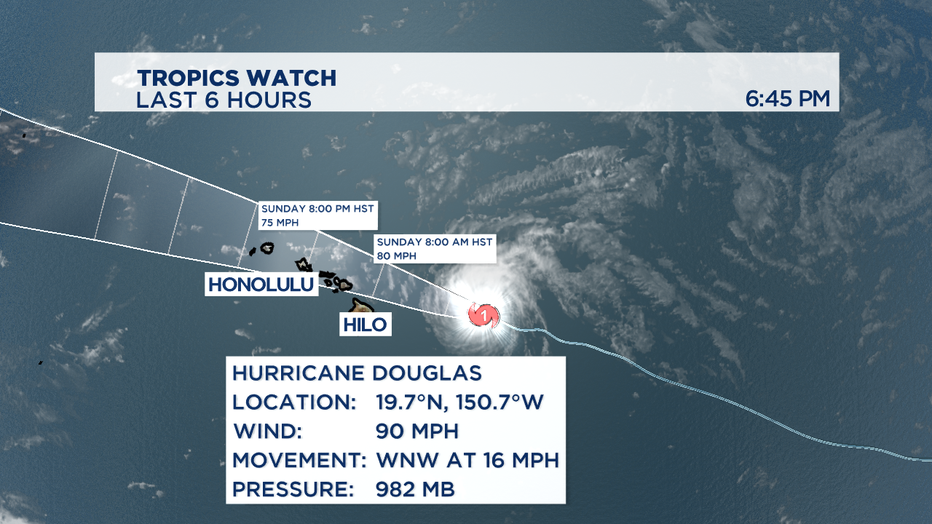 There still is the potential for lots of flooding and landslide activity from intense amount of rainfall on mountainous topography as the storm looks to continue on a west-northwest path out into the open waters of the Central Pacific Ocean.