Meteorologist Tim Joyce says Tuesday will be rainy and gusty.

seattle - Some soaking rains this morning have moved east of Puget Sound, but now we're dealing with increasing winds for many areas this afternoon.

Peak wind gusts around Puget Sound, Strait and coastal areas will end up between 40-50 mph. The winds are expected to stronger and last later east of the Cascades. 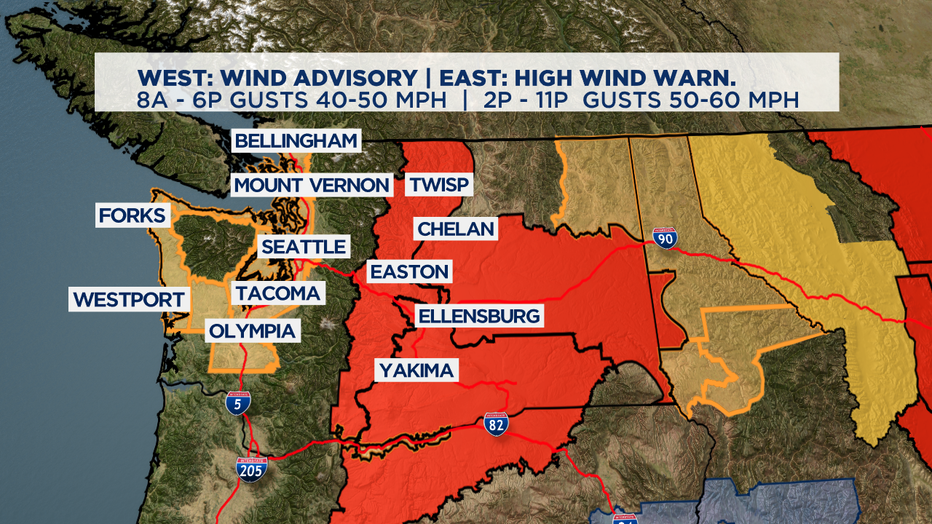 With the first several fall storms, the trees fully leafed out means it's easier for the wind to knock down branches or into power lines. The fall leaves can clog storm drains and make the road surfaces especially slippery too. 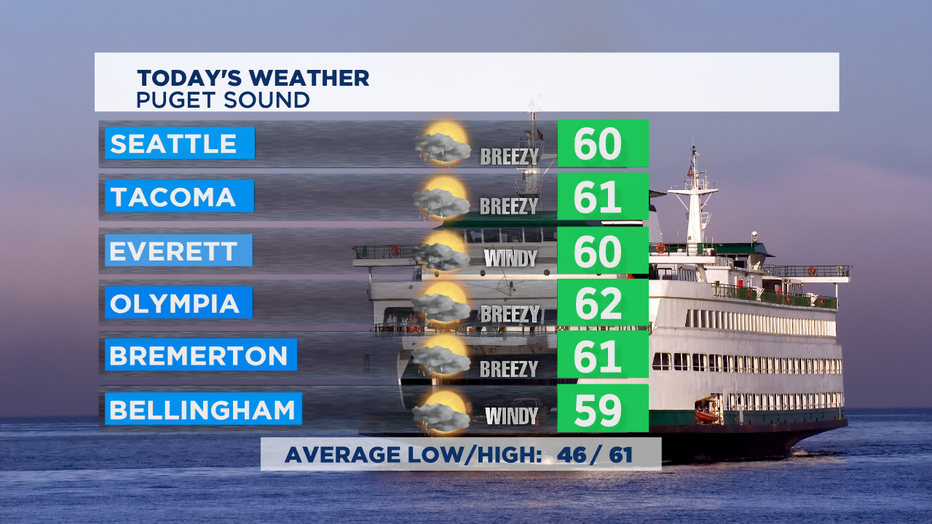 This afternoon the on/off heavy showers will give us some downpours and breaks of sun with some rainbows. There's also a slight chance for a t-storm too. High temps will end up near the seasonal high of 61. 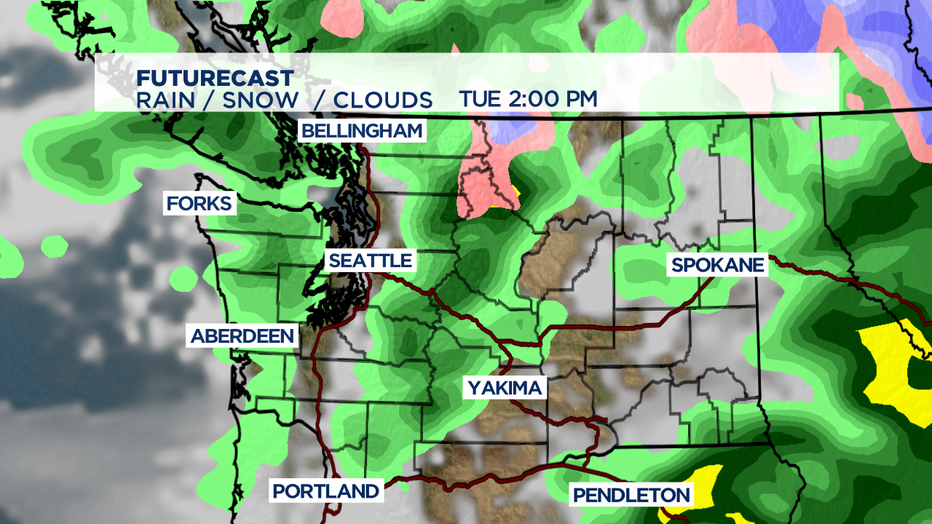 We'll start to dry out starting Wednesday afternoon and will likely stay dry for a few days. High pressure building into the region could end up keeping us dry the next several days, but the computer forecast models are not in agreement yet on the next front moving into the area Thu/Fri. 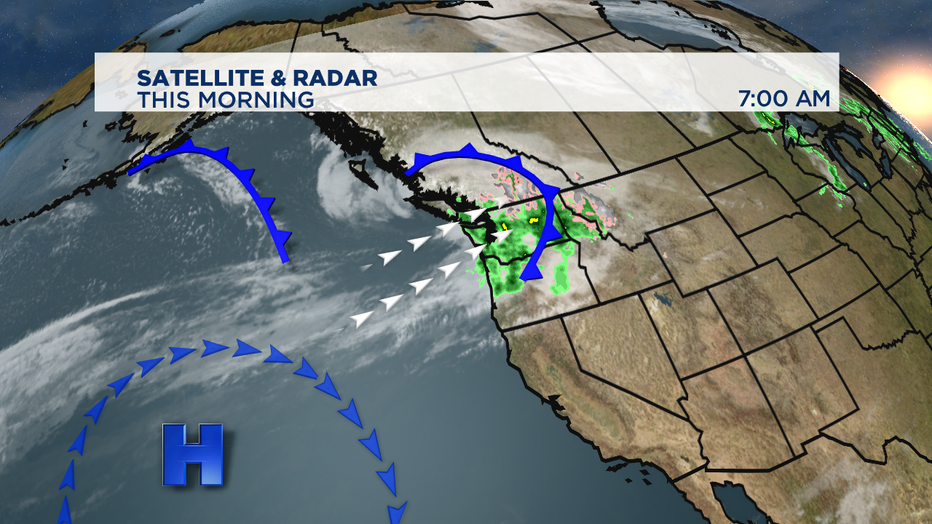 If high pressure ridge builds in strong enough, it could keep the rain in BC. If it proves to be a tad weaker, the rain drops could stay north of us getting into late Thursday and into Friday. If that's the case, areas from Seattle southward could end up totally dry until Sunday. 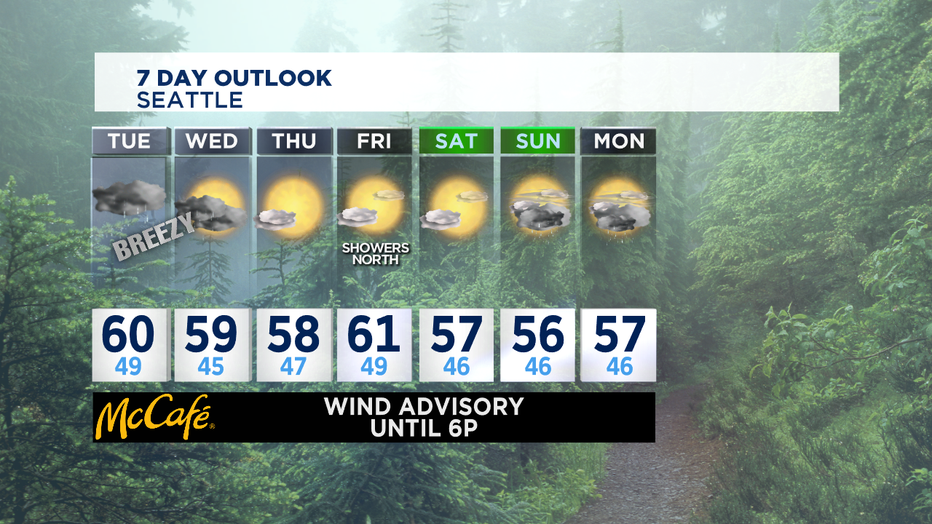