SEATTLE - Our marine layer is hanging around for the first part of our day.  Clouds and fog will lift, and skies will clear as we push into the afternoon hours.  Highs will slowly climb into the low 80s, cooler than yesterday, but warmer than average.  In fact, Seattle has seen 38 days this year with a high of 80°+.  The normal number of 80°+ days in Seattle for the entire year is 31. The record is 51 days set in 2015. 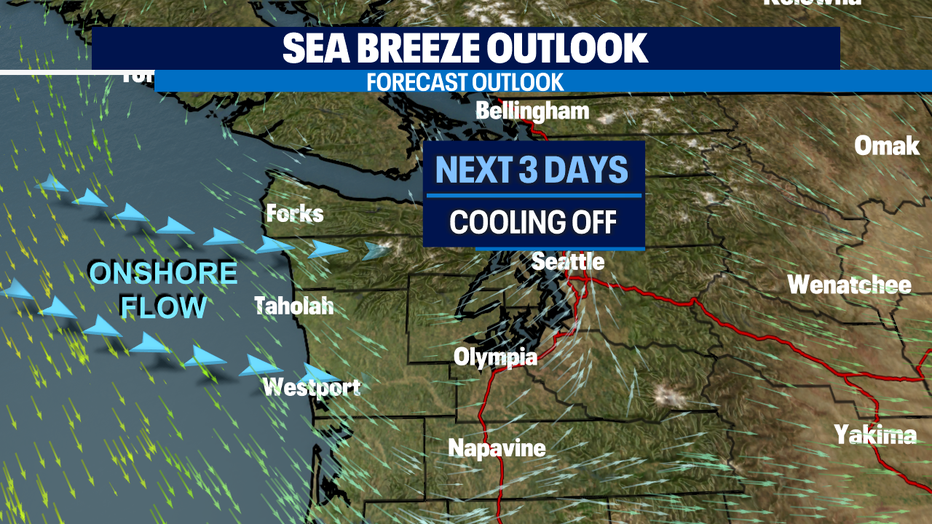 A weak system will give us a chance for a few scattered showers as we start the workweek.  Moisture won't be widespread but instead scattered around the coast and north Sound and over the mountains.  We'll wait to see if showers actually fall around the metro area.  What we will notice besides some sprinkles is much cooler conditions.  Highs will drop into the low 70s for the first time in a while.  Brr right! 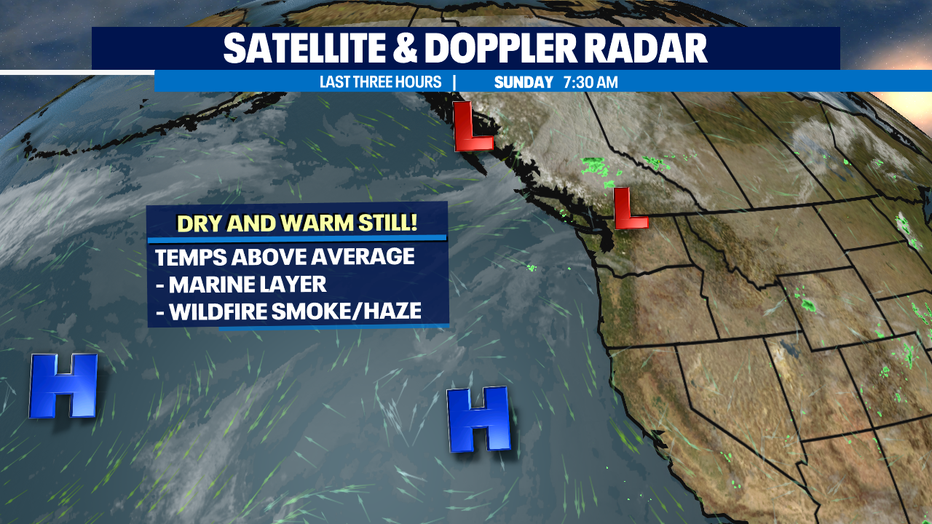 Monday morning expect some light showers over Puget Sound with some afternoon clearing. 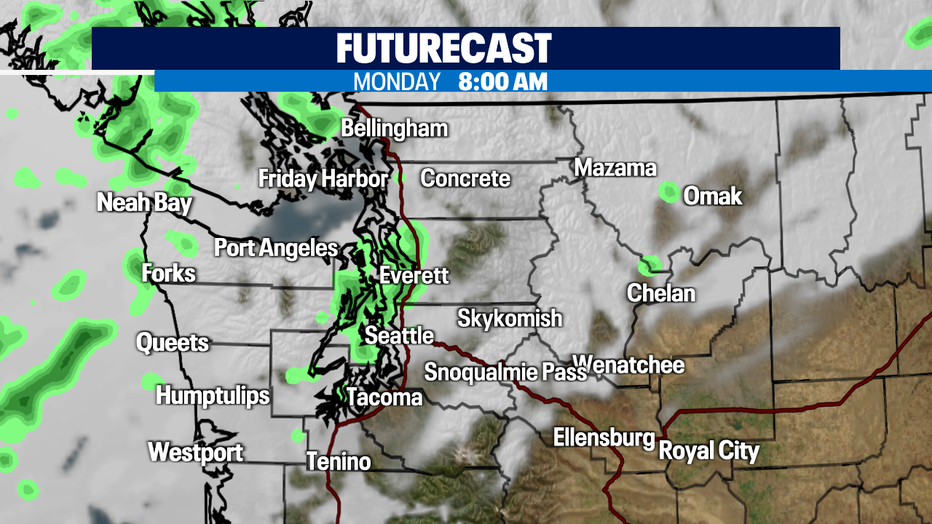 The evening commute looks to see a few more showers that will linger into Tuesday morning. 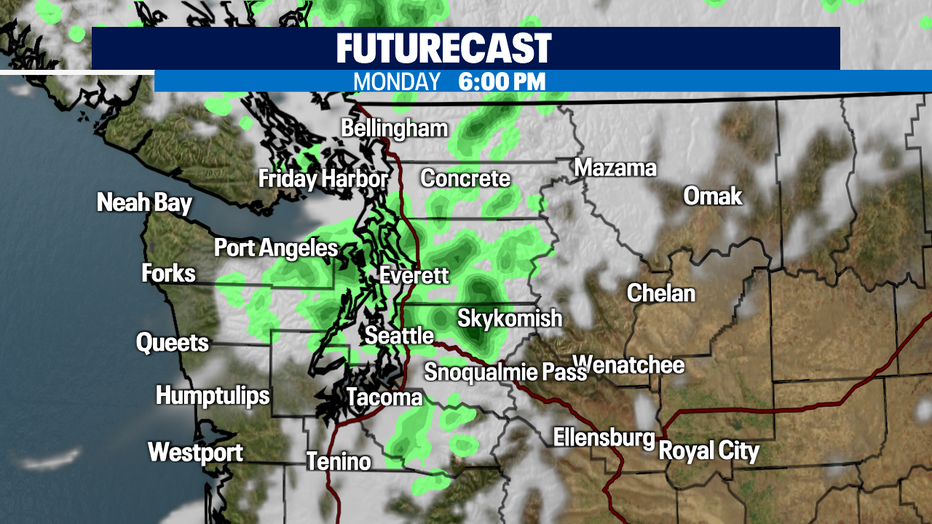 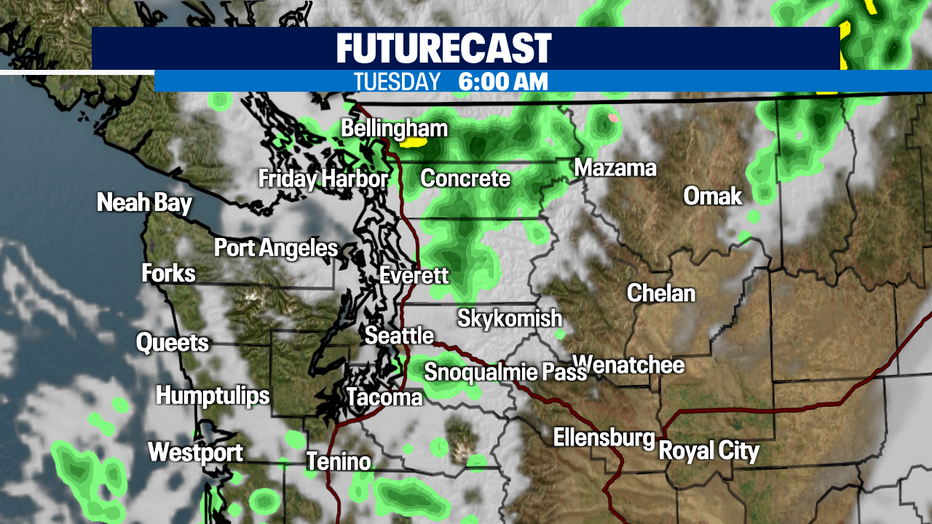 Fire danger continues to be elevated for Eastern WA.  The "Excessive Heat Warning" remains in effect through 8pm this evening for highs 100+.  By Monday highs cool into the upper 80s and hang in the low 90s the rest of the week. 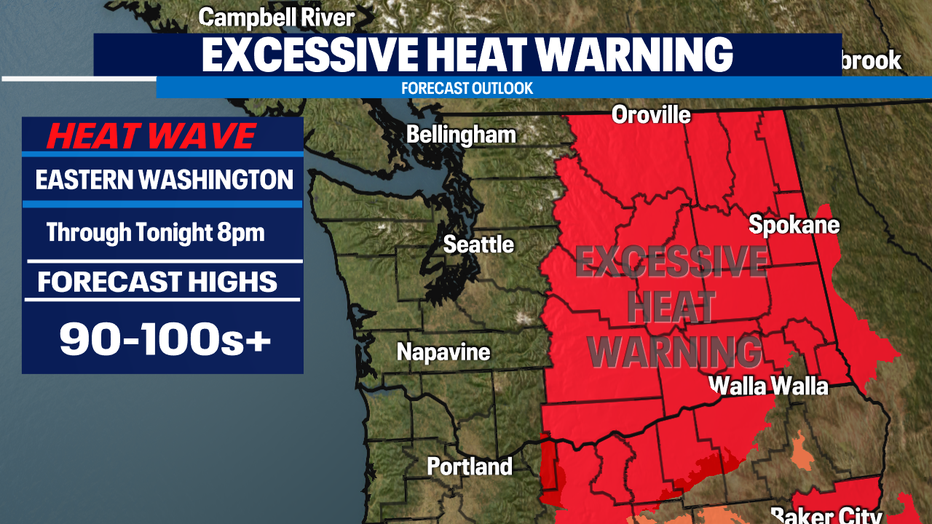 Back here in Western WA a nice cool off as we roll into the third week of August.  Highs Monday and Tuesday only in the low 70s!  We will warm back up slightly above average the rest of the week as high pressure takes control of the area once again.  Look for mostly sunny to partly cloudy days with highs in the low 80s.  Enjoy!

Have a great week ahead all! ~Erin Mayovsky, Q13 Forecaster 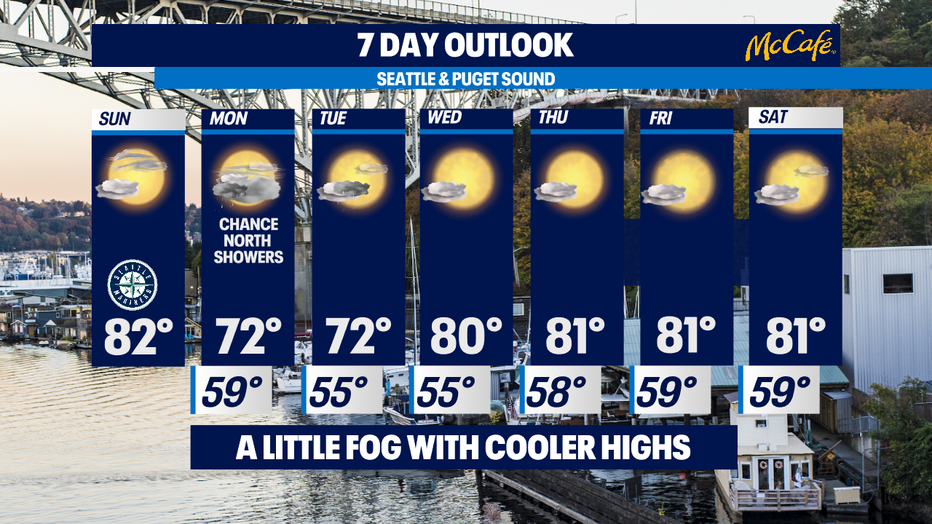 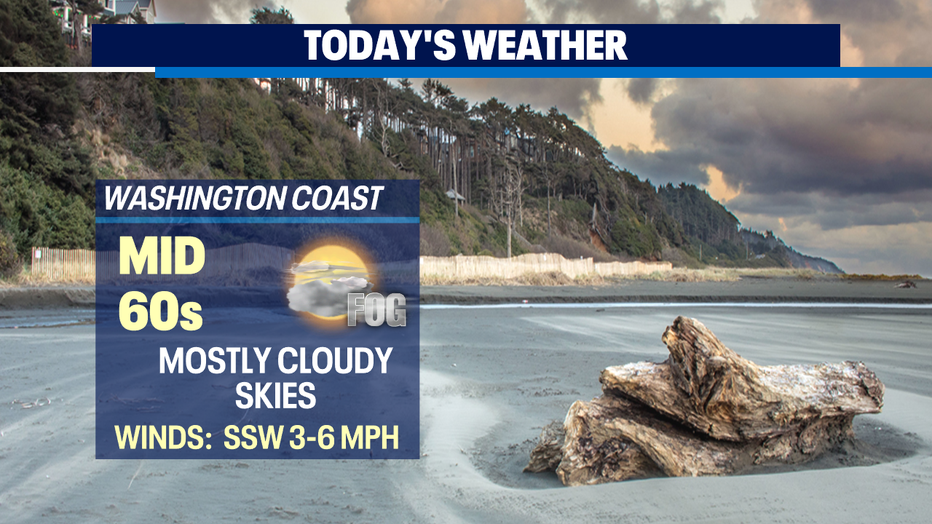 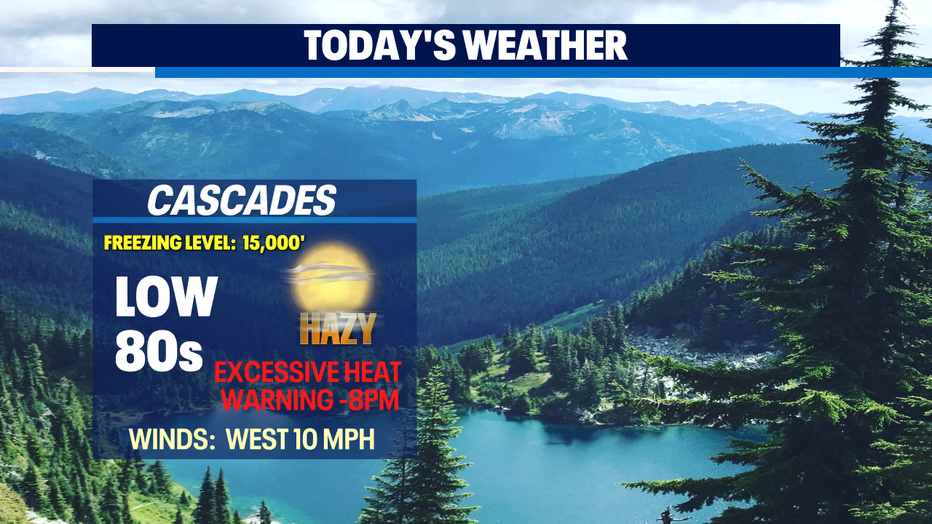 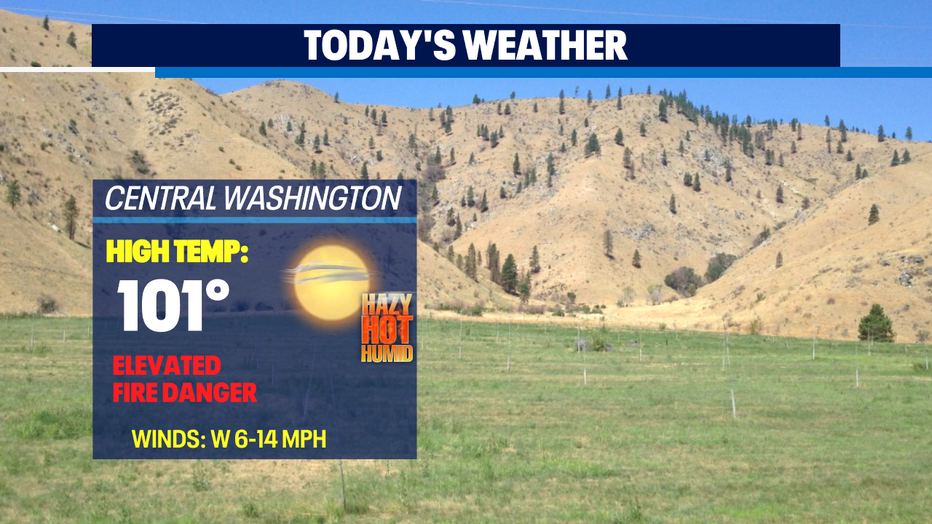 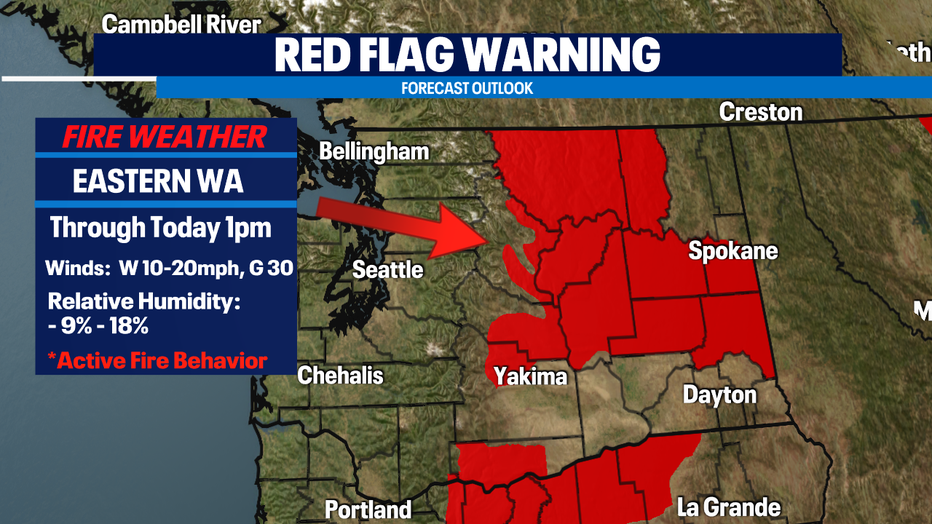