SEATTLE - August is our second driest month of the year, and this week it will certainly live up to its sunny reputation. August is often our smokiest month, but this year the milder conditions, and honestly some good luck-- means in August 2020 we're not choking on wildfire smoke. Today we'll have some areas of brief AM clouds and fog-- but looking at abundant blue skies for the afternoon. 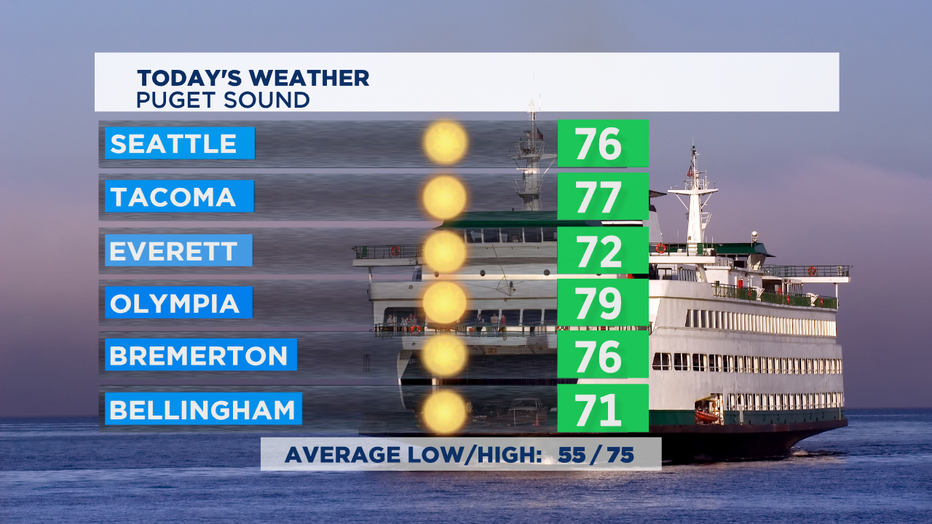 High temps today nearly exactly as beautiful as yesterday. The average high temp has now ticked down one degree to 75 degrees. That's a sign that our hottest summer days historically are behind us. We can still see days in 80s as far into fall as mid-October, they're just not nearly as likely. And we'll see fewer days of 80s in a row. This week we've got high pressure off our shores that will steer in some very nice weather. The NW flow brings in a lot of cooler air off the Pacific Ocean, but not all that many places will have to deal with morning clouds. 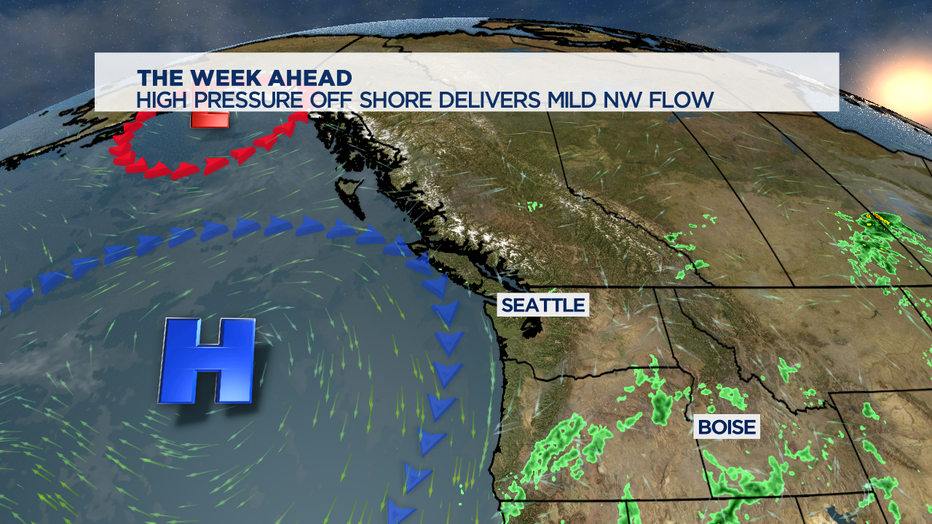 That all being said, I think with the current setup we could see a day (or maybe two) when we brush up into the low 80s for an hour or two. It looks most possible on Thursday or Friday, and I'll make a full disclosure that part of that is what I call 'wish-casting'. Where I'd like to see that outcome, even when it's not entirely likely. 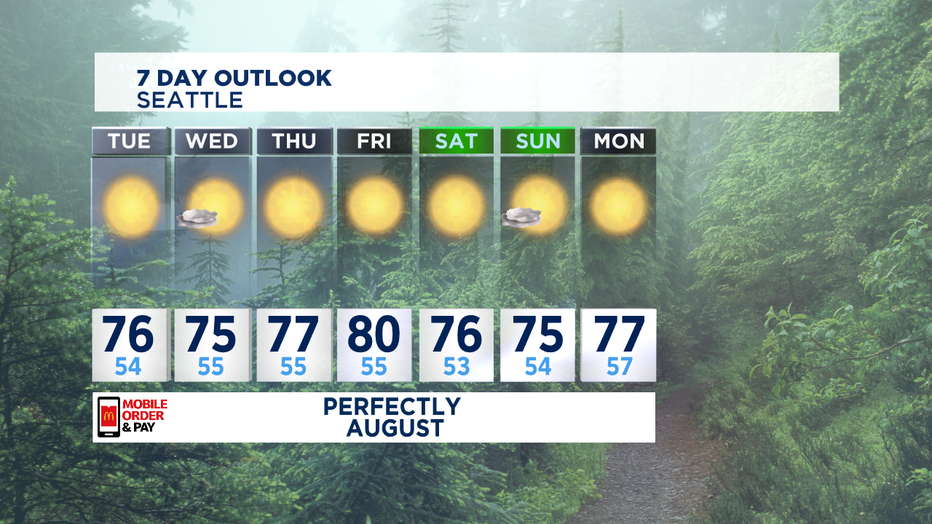 While our weather is fantastic, the same cannot be said for our fellow Americans in the path of what is now Hurricane Laura. Millions are in the cone of uncertainty along the Gulf Coast. While Marco fizzled out thanks to some upper level winds that sheared off the top of the storm-- Laura faces no such unfavorable wind profile. In fact, in the 600 miles Laura has between its current location and the coast it will be over incredibly warm Gulf of Mexico waters with the average sea surface temp around the crazy warm 85 degrees. That's a lot of heat energy to fuel that storm to a major hurricane by late Wednesday/early Thursday. 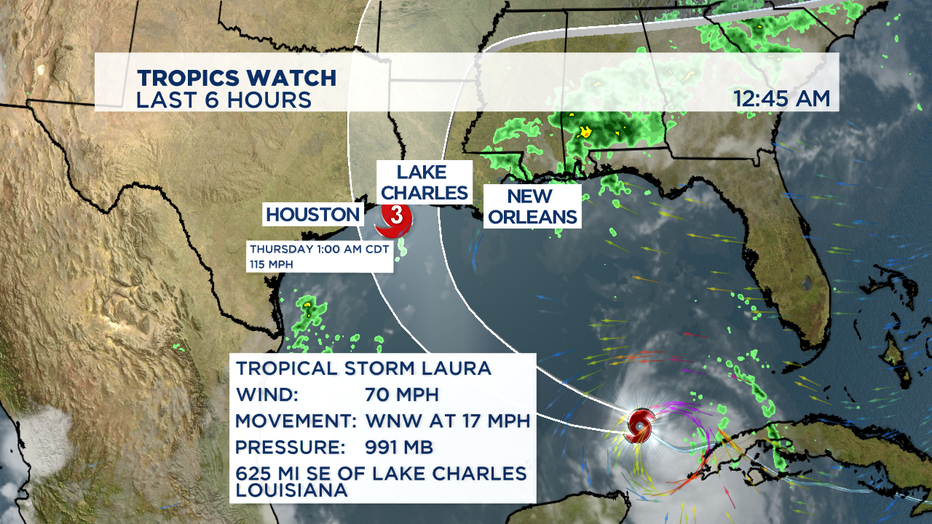 Laura will likely end up seeing peak wind gusts between 140-150 mph as it makes landfall. The strongest storm surge is on the right front side of the storm-- so those high waves and winds loo more likely for the Louisiana coast and just flooding rains are the potential outcome for the Houston metro. -Tim Joyce