SEATTLE - After a spectacular Saturday, expect more of the same on Sunday around the region. Temperatures very similar to Saturday's high which are close the norm of 76 for this time of year. If you like this kind of weather, you're in luck for the next week. 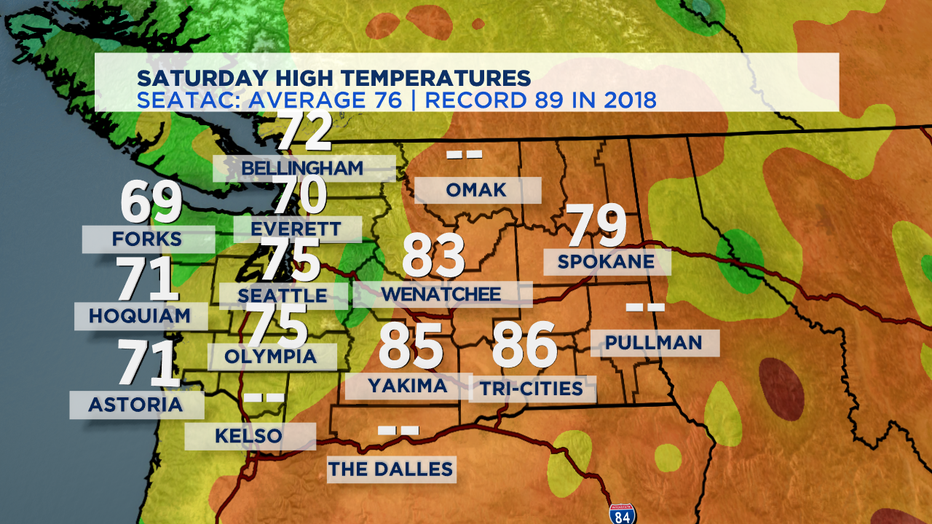 A bit of chill in the morning in the south Sound, but the afternoon makes up for it with temps again in the upper 70s for most of us around Puget Sound. We'll be near 70 along the coast and again in the 85-90 range in Central Washington. There could be some air quality issues in areas near active wildfires, but elsewhere some hazy sunshine is in the forecast for the next several days. 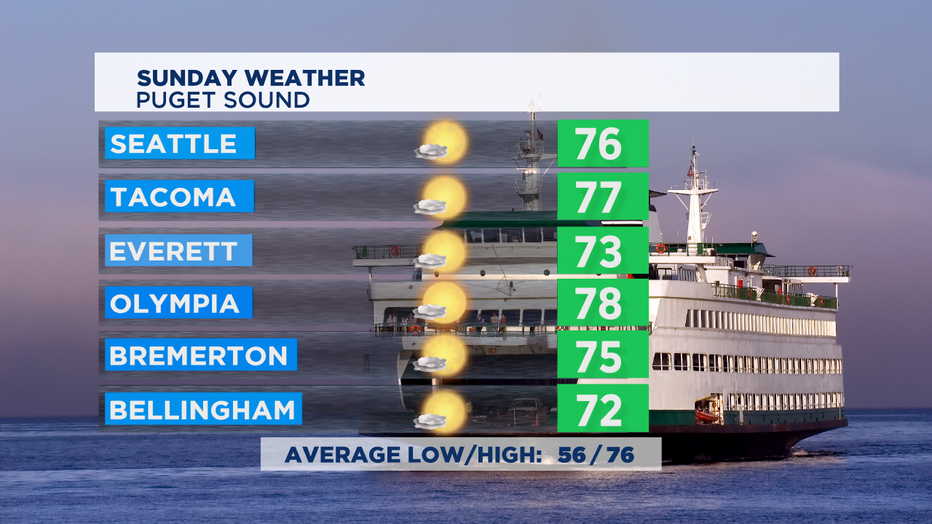 We don't see any huge pattern shift in our forecast. High pressure just off shore provides a nice NW flow in the atmosphere. That brings in a pattern of morning clouds in a few spots with nice afternoon sunshine and seasonal temps in the 70s. 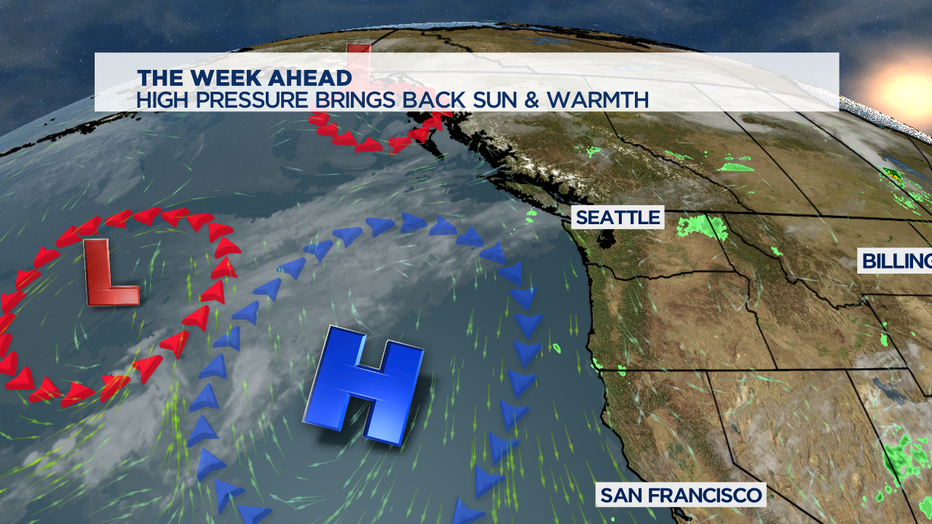 I think as we get later into the week, that we'll see a couple days crack 80 degrees. That's most likely in the foothills and South Sound, but the chance is there most likely for Seattle for the second half of the week. We've already seen more than our average number of days of 80+ temps, but history tells us we can see those kind of warm days even as far into the fall as mid October. Despite some warm afternoons, we'll see overnight lows in the seasonal 50s for some great and easy sleeping weather this week. 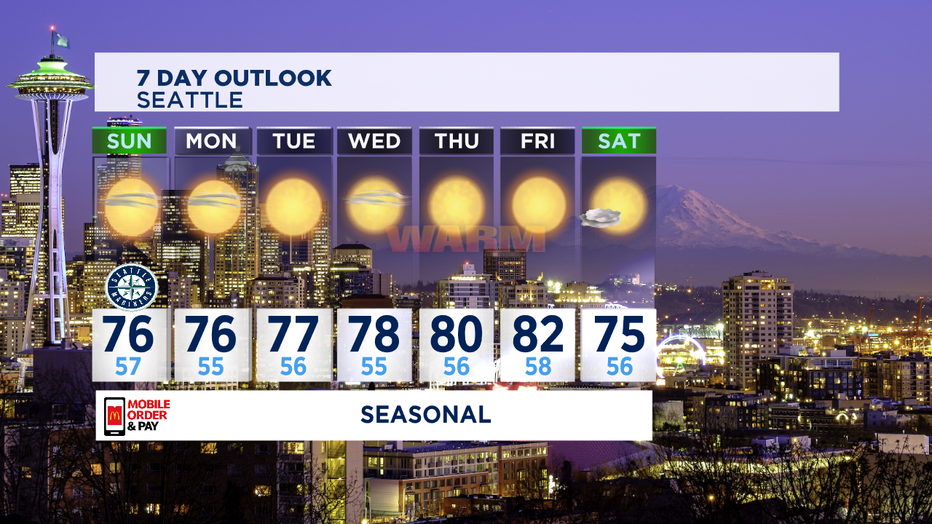 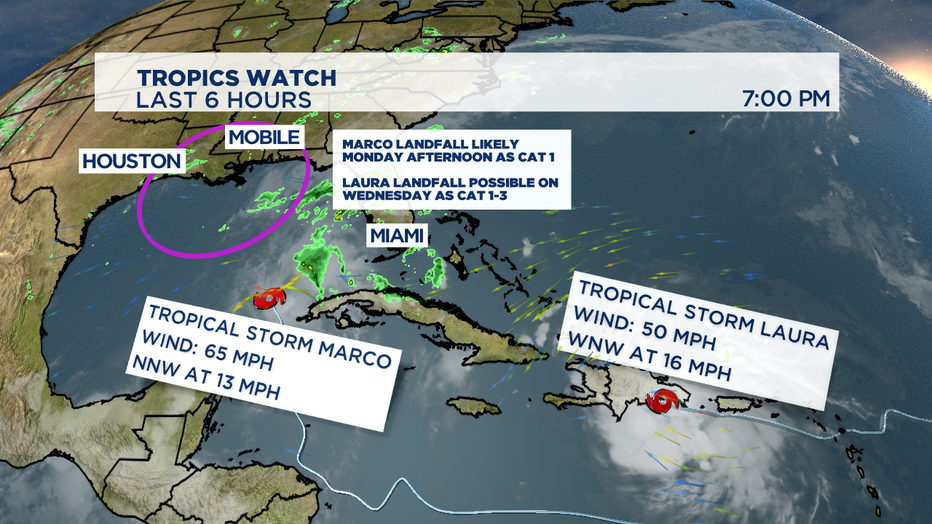 Not too far behind, Tropical Storm Laura is arriving from the east and will likely be a slightly stronger storm and could make landfall on Wednesday on the Gulf Coast. Laura still has to make it over the mountainous islands of the Dominican Republic, Haiti, and Cuba. Some of those mountains are 10,000 feet tall and can interrupt the intensity and circulation of a forming hurricane. With the warm waters of the Gulf of Mexico, and the current path it could give the storm time to re-fuel into a strong storm before making a mid-week landfall.