SEATTLE - A spectacular Saturday to kick off the month of August. Hard to believe it, but August 1st is the halfway point between the Summer Solistice and the Fall Equinox. So, we've got half of summer left to go! We cooled things down a bit on both sides of the Cascades for today. Which was especially nice for folks who endured temps 100-110 yesterday in Central and Eastern WA on Friday. 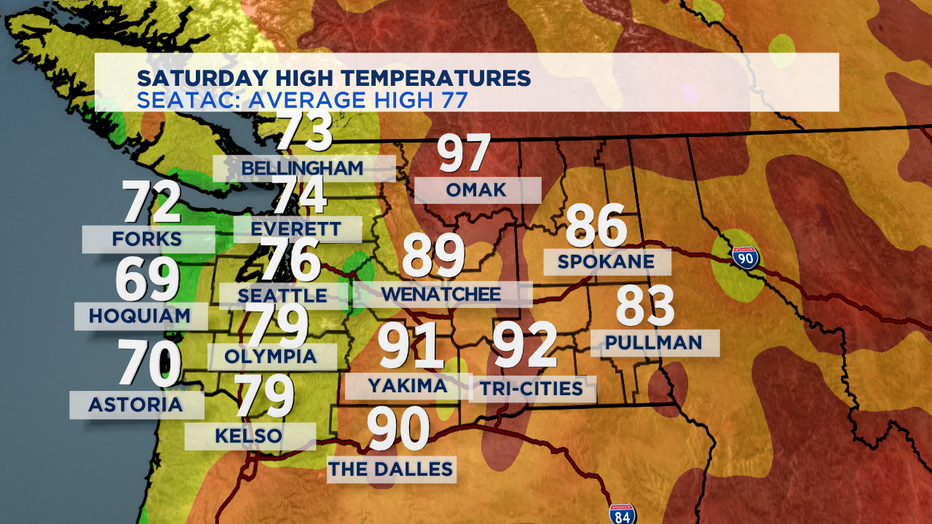 We'll see fewer morning clouds on Sunday, so we'll end up being a bit warmer in the afternoon as more cities and towns in Western Washington get a bit closer to 80 degrees. 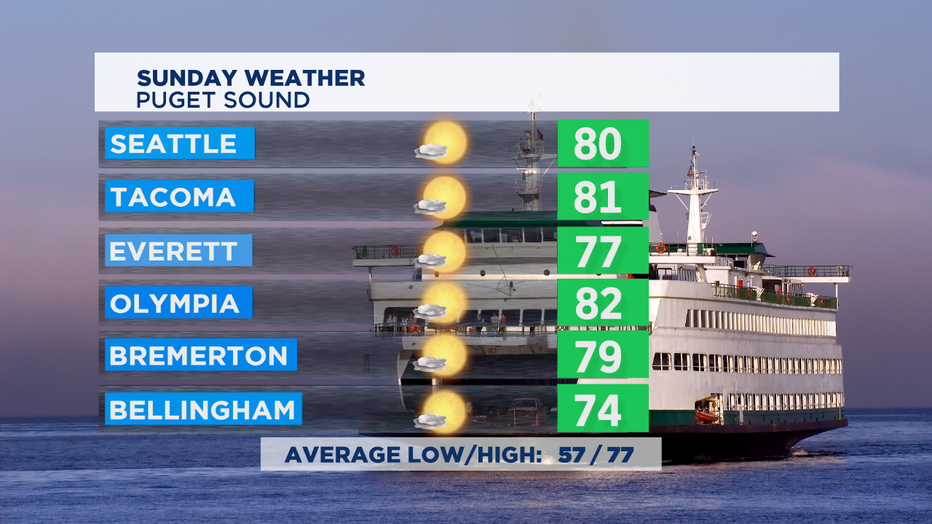 Cooler in the mountains and east of the Cascades with nice sunshine. But, the coast will stay mostly cloudy and does have a chance of some rain showers, mostly for the northern coast. 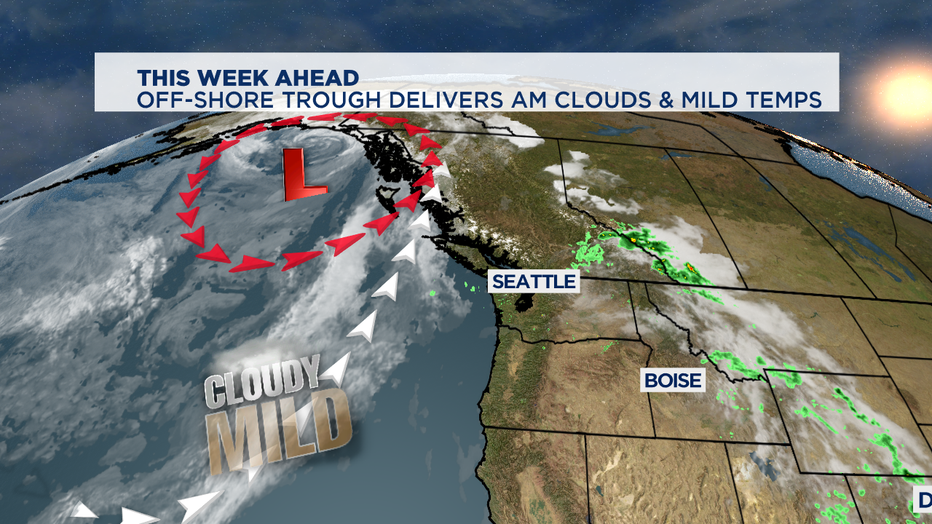 We'll stay pretty mild the next few days, with temps in the 75-80 range. Thanks to a dip in the jet stream called a trough right off shore. It will help usher in a pretty cloudy Monday with a chance of showers too. 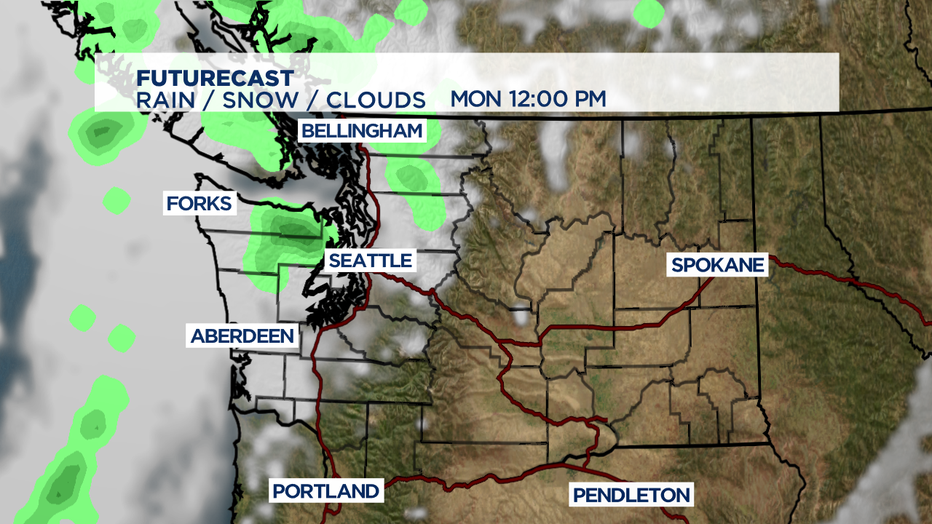 August is our second driest month of the year, so I'm not expecting all that soggy of a day. I think the best bets for raindrop will be the foothills/mountains/coast. We rebound nicely once that weak front passes for a pretty awesome August forecast. 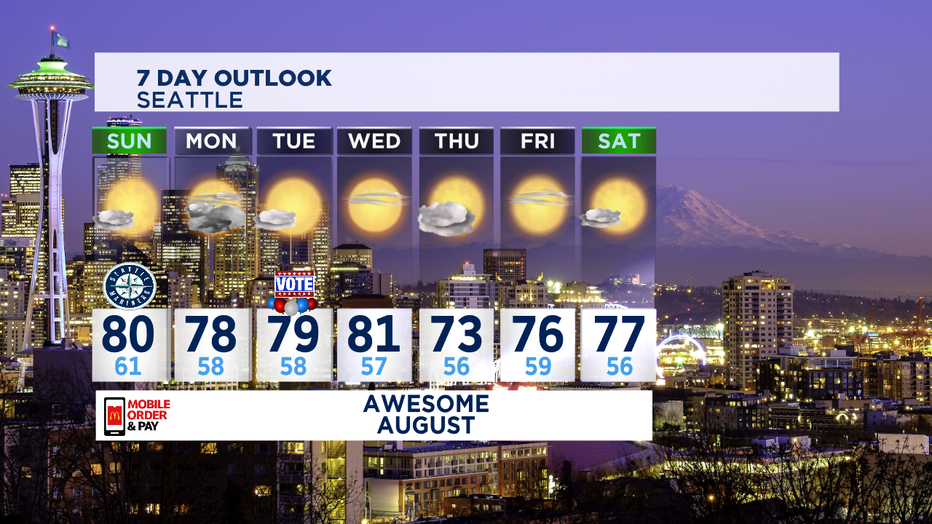 Another marine push looks likely to roll in on Thursday with cooler temps and more clouds, but the rest of the week looks quite seasonal and sunny. Enjoy!