SEATTLE - Hello, August! While July is our driest month on average. August comes in a close second for being bone dry. Because of that, August is often our smokiest month around our region. Whether this upcoming month will be as smoky and hazy as this photo below from 2018-- it's up to us. People are the cause of about 90% of our wildfires. 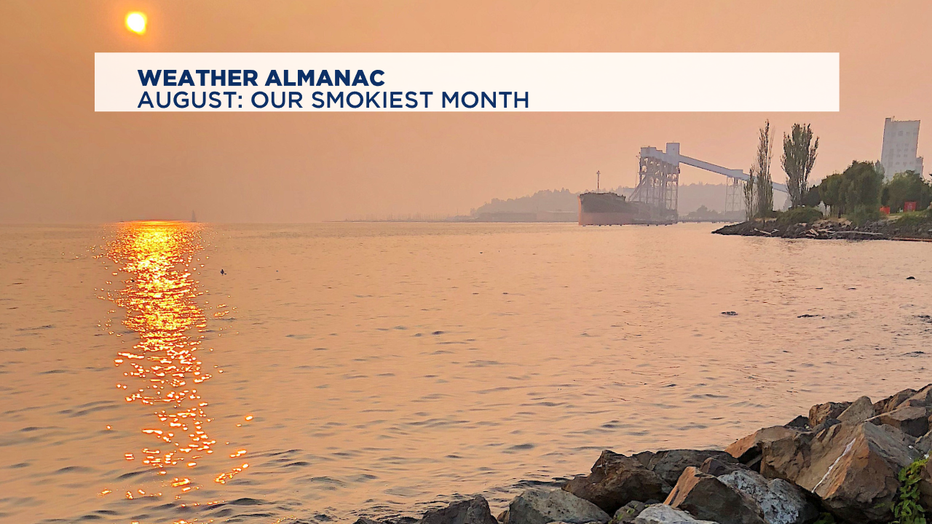 A fantastic weekend is on hand for Western Washington. We'll cool off a bit from some pretty impressive heat in the eastern part of our state. 109 in the Tri-Cities! Friday was the 22nd day of 80+ temps so far in 2020 for the Seattle area. Usually a whole year has about 26 days of those warm days. We've seen 2 days so far of temps 90+. For a whole summer, we'll see about 4 of those on average. Last year we only saw 2 days 90 or warmer. 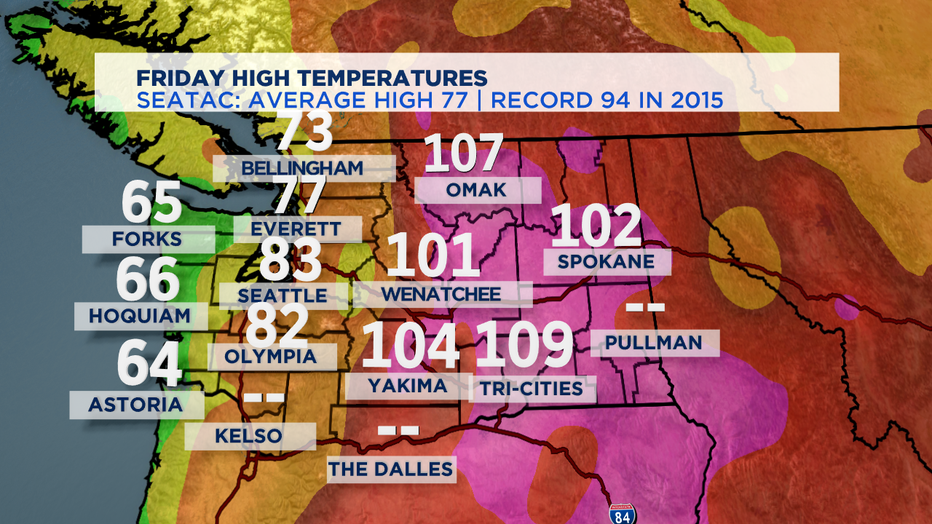 The weekend looks great. We've got a dip in the jet stream called a trough off shore and that will help push in nature's air conditioning. That flow off the cool Pacific Ocean will stack a lot of clouds along the coast, but it'll only be morning clouds around Puget Sound. Still nice temps right around 80 both days of the weekend. East of the Cascades we'll cool a bit, but still quite warm there and in the Cascades themselves. 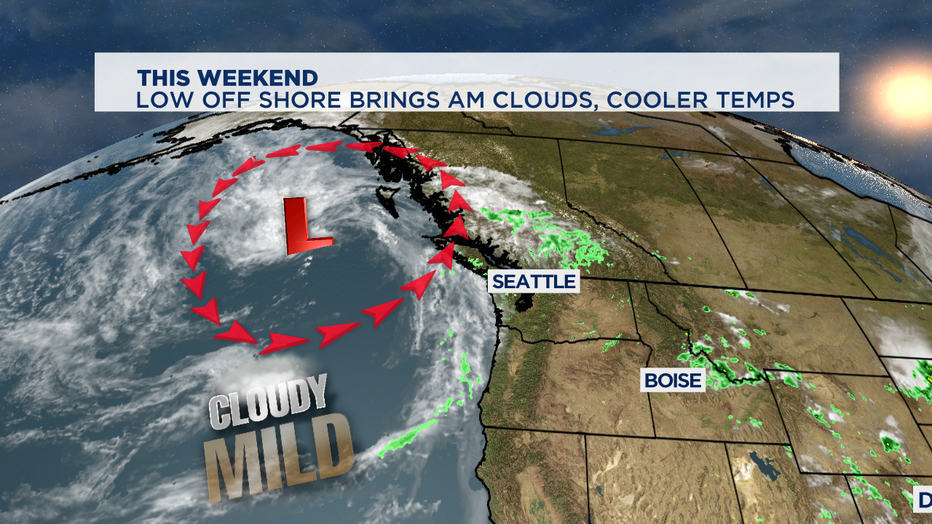 As the trough moves on shore Monday-- we'll see a bigger downturn of temps, more clouds, and a few showers. Best bets for those showers will be in the mountains/foothills/coast. But, any neighborhood could see a sprinkle or two. Keep watering those thirsty yards and gardens! August fronts typically don't bring much rain, even though we could use it. 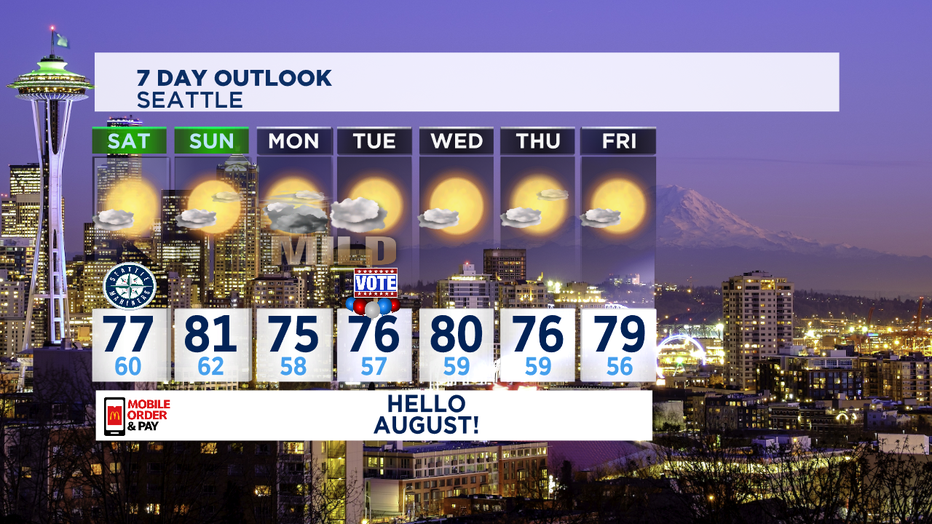 We'll see some stubborn clouds on Tuesday, but I think it'll be dry. Awesome August sunshine comes back with some seasonal temps to finish out the week. In some Celtic countries, like Ireland, August 1st is a holiday called Lunasa, it's a harvest festival that marks the halfway point of summer in the northern hemisphere. So, despite August being the Sunday of the summer season-- we still have 45 more days to enjoy the heat and sunshine.