Chance of showers near middle of the week

Mid 80s and haze for the next few days and then temperatures predicted to drop with a chance of showers.

Seattle - What a wild Wednesday afternoon.!  We saw thunder and lightning kick up over the mountains with heavy rain and large hail falling making conditions severe at times.

Overnight we expect showers to wrap up with lows falling off to near normal under partly cloudy skies.  Seattle will land slightly warmer in the low 60s and it probably will feel a little humid too. 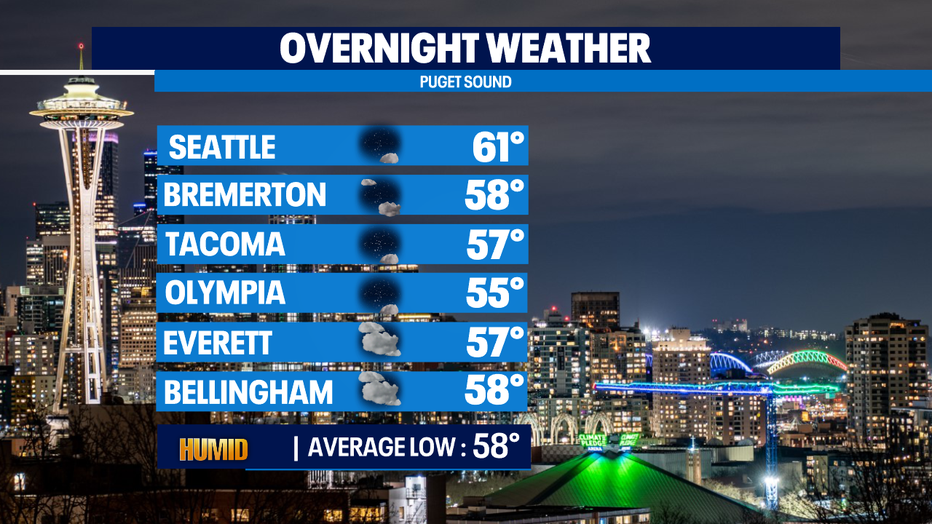 A decent ridge moves closer to us Wednesday, which will keep our highs about five degrees above normal, in the mid 80s.  Thursday we will back off some landing in the upper 70s to low 80s around the metro. 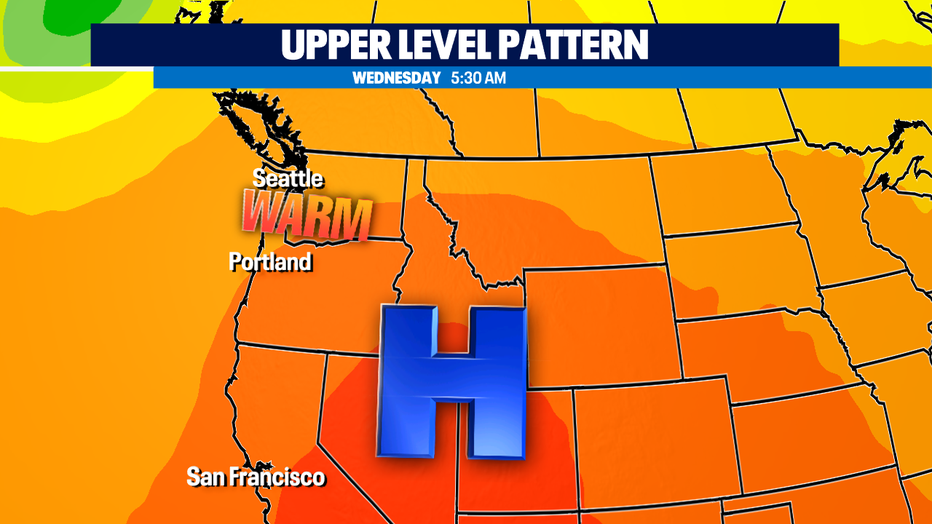 Early Thursday, an upper trough will move towards us helping reduce any haze in the sky.  By late Thursday night into early Friday a front will push in giving the area a chance to see some rain! Yes, RAIN in the forecast! We definitely need to see some in the bucket at SeaTac since we've only had trace since mid-June.  Today, marks 50 days without any measurable rain.  The all-time record stands at 55 days set back in 2017. 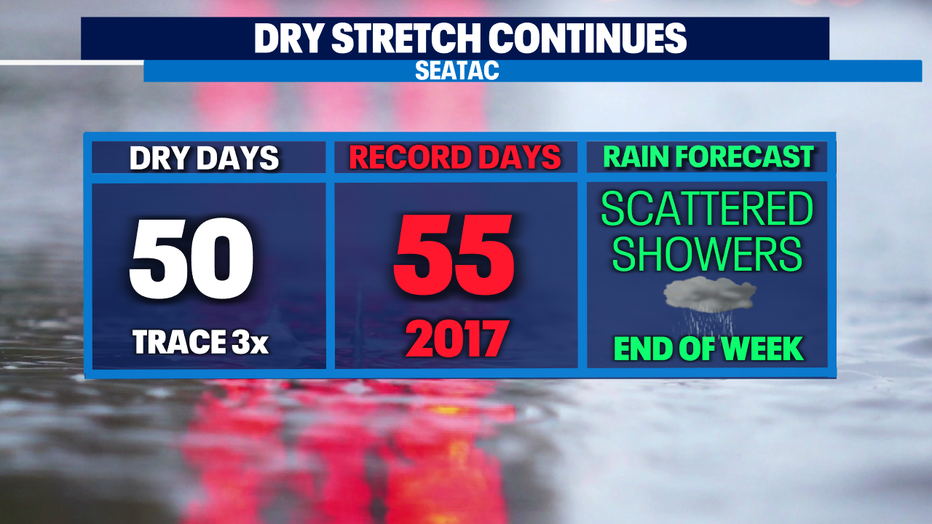 And while Western WA sees some rain there is not much in the forecast for Eastern WA where fires continue to burn making air quality terrible.   The latest levels for the eastern portion of the state are poor.   The Okanogan Valley along with several other counties suffering through an unbearable stretch of "Hazardous" air quality.

Not only will folks east deal with critical fire danger, but there is a "Heat Advisory" in effect through late Wednesday night for the entire eastern half of Washington. Temperatures will jump up over 100 again making for extreme heat and unusually warm overnights in the mid 70s. 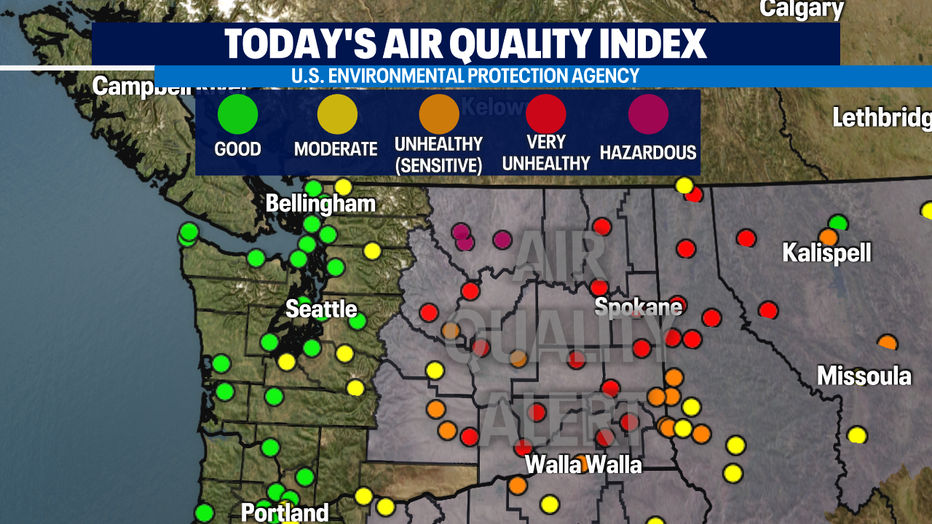 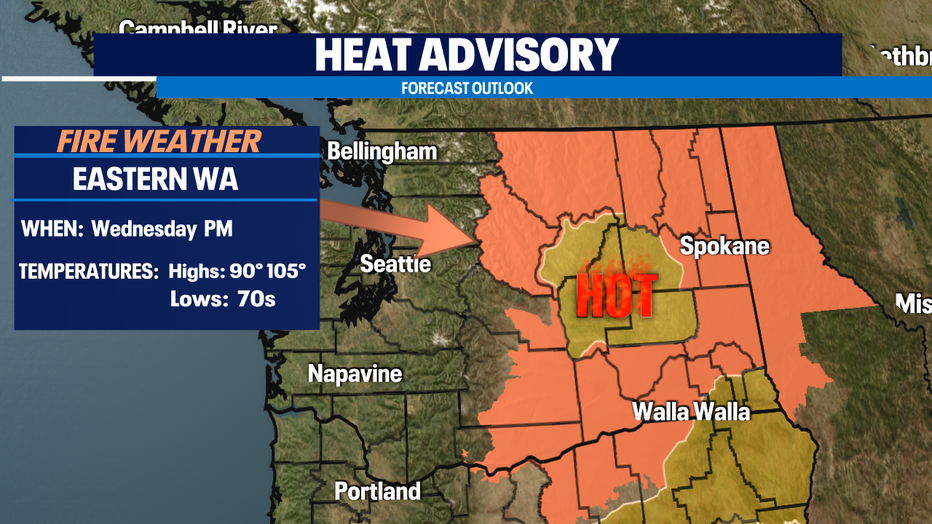 The weekend features a chance for a few sprinkles and cooler highs only in the low 70s.

As we get to next week drier weather returns with highs running back up to near average in the upper 70s to low 80s. 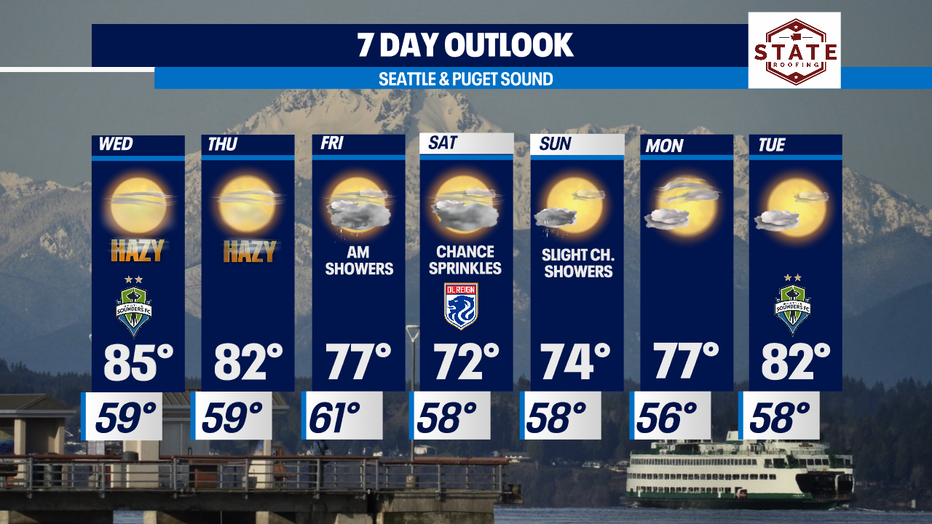