Seattle - Another below average temperature kind of day across much of the west.  Highs landing in the 60s and low 70s.  Normal for a day like today is 78.

Overnight our marine layer will push inland delivering a cloudy start for most around the region. Low level onshore flow is the theme for the next week or so. Expect late night and early morning clouds with afternoon sunshine. 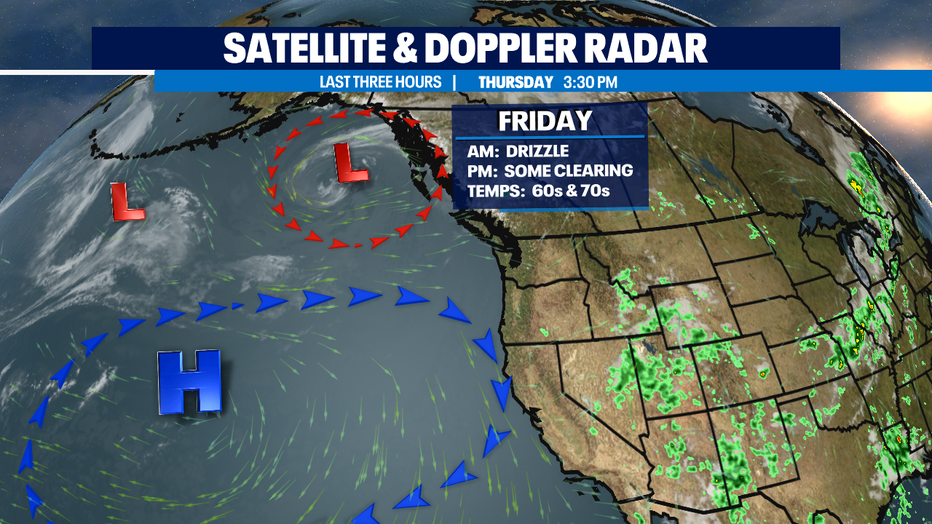 We're tracking the chance for areas of patchy drizzle for Friday.  Not a ton of moisture to work with, but we'll take anything at this point! So far the month of July has only seen "Trace" amounts of rain in the bucket at SeaTac. 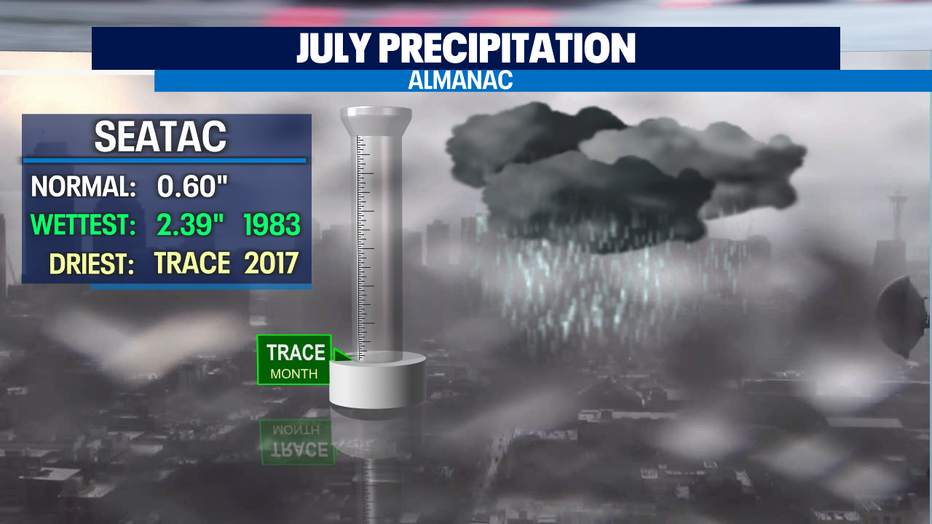 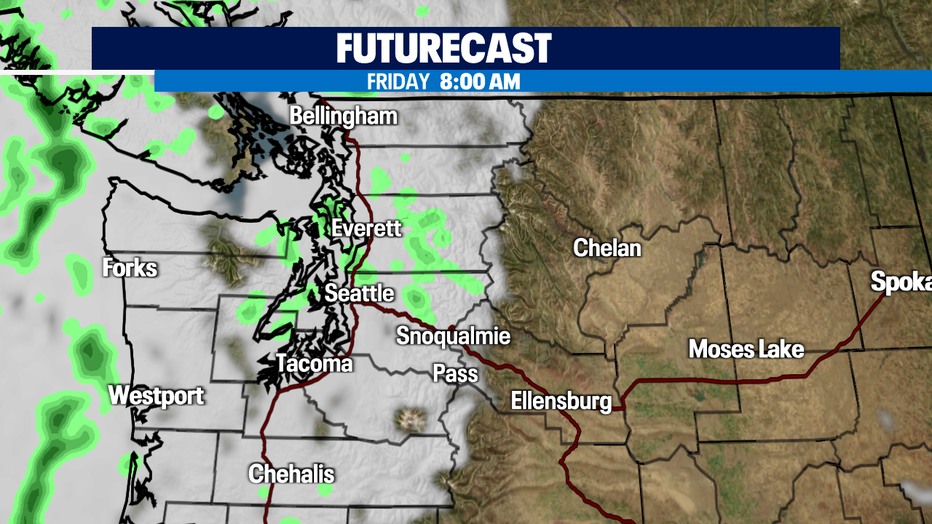 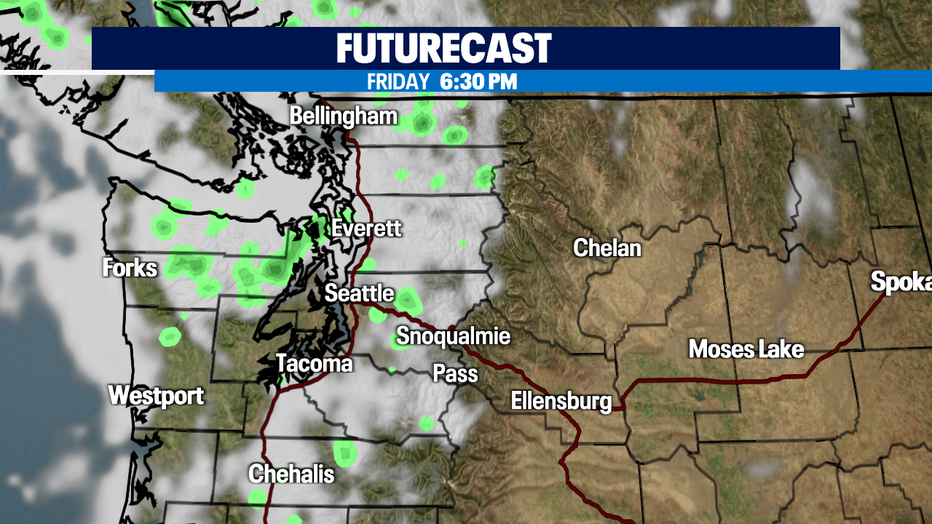 Fire danger is high and will remain that way for some time.  Here's a look at fires burning now in Eastern WA.  The biggest fire burning is Lick Creek in SE WA where more than 63,000 acres have been scorched.   A "Red Flag Warning" will remain in effect through tonight at 11pm for gusty winds, relative low humidity and hot temperatures. We would not be surprised if the warning is extended into Friday for some areas. 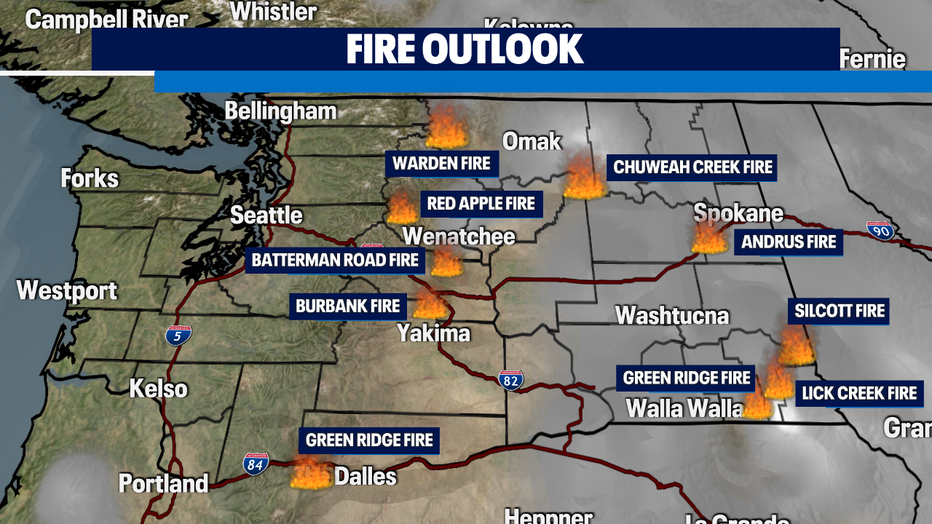 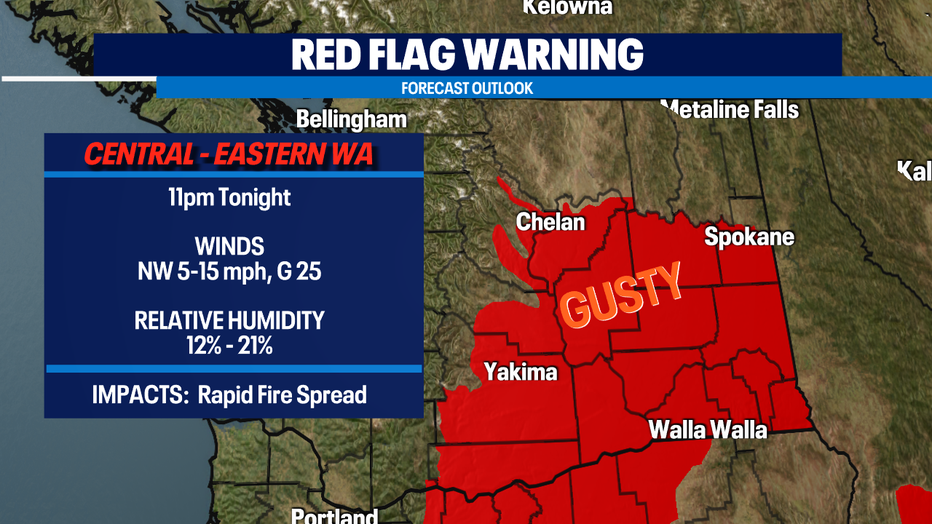 The smoke from the fires are degrading air quality values across the eastern portion of our state and farther east into Idaho and Montana as well as to the south in Eastern Oregon.  An "Air Quality Alert" will remain in effect through the weekend for some communities. 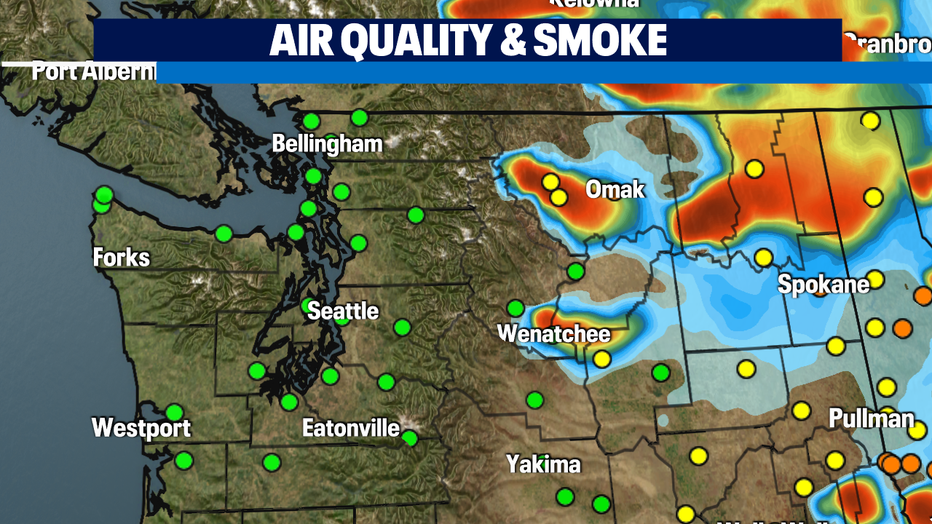 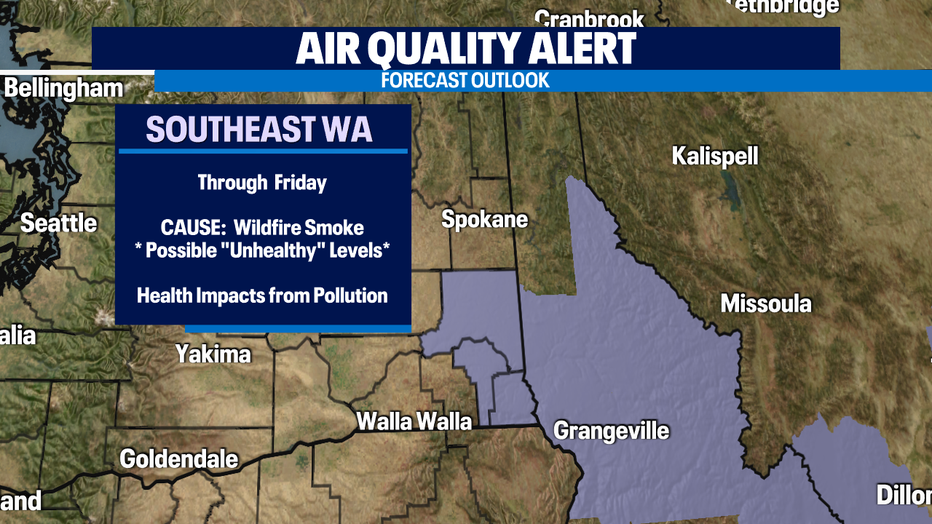 Once we get into the weekend highs will start warming back up to average…. in the upper 70s inland with 60s at the coast.  Lows will drop off into the low to mid 50s.  Very pleasant summertime weather!  Enjoy! 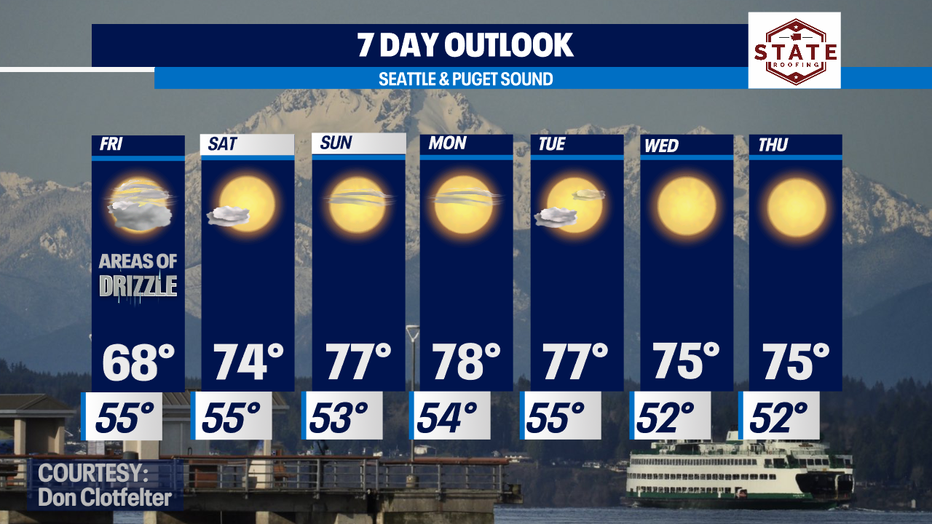 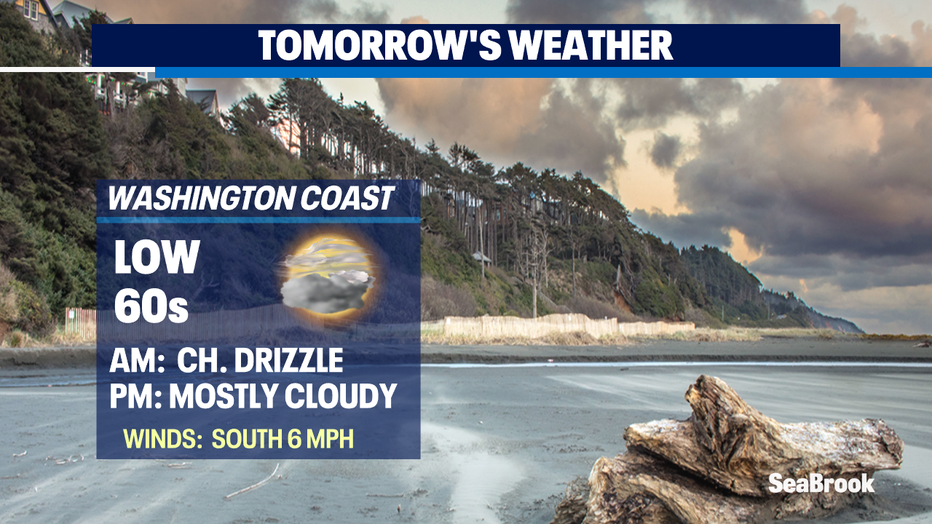 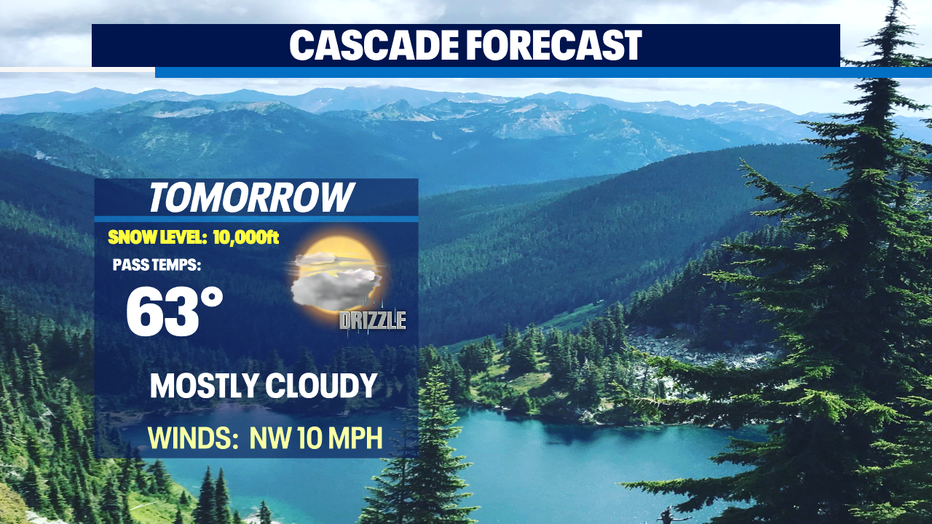 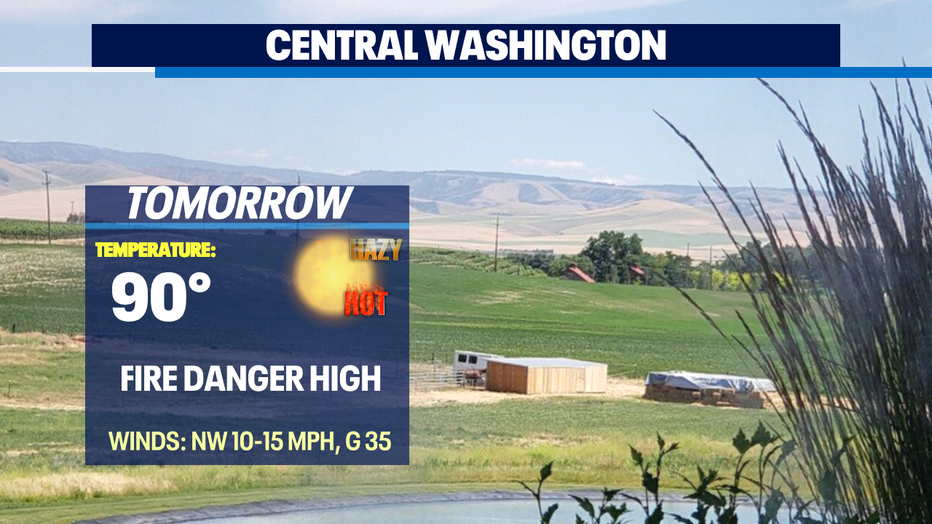