SEATTLE - Highs on Tuesday climbed into the upper 50s to low 60s across the region. Seattle hit 61 while cities to the south warming just a touch more into the mid-60s for Kelso. 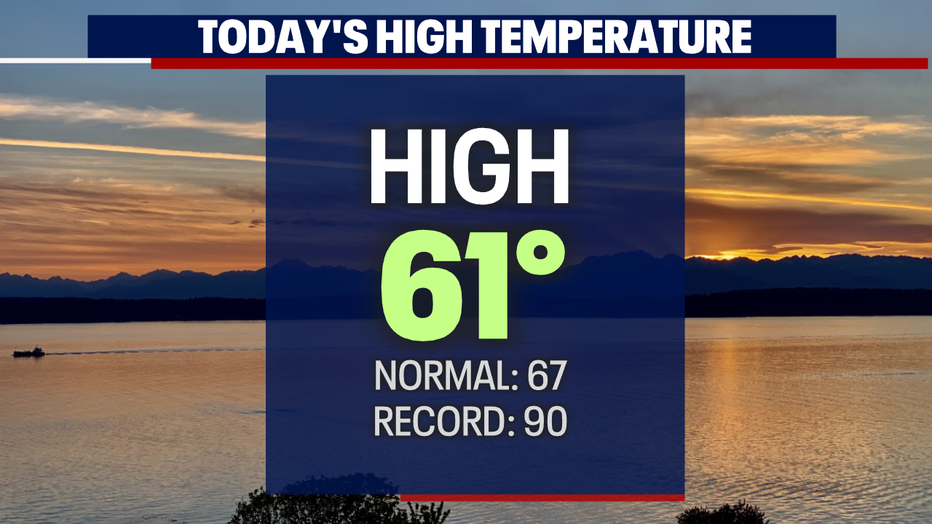 Our dry conditions will turn blustery pretty quickly. This happens into the overnight hours as another, stronger, system moves onshore. As this front moves through, rain will become heavy at times, especially into early Wednesday morning… just in time for the commute.  We'll also see snow for the Cascades--so know the roads before you go! 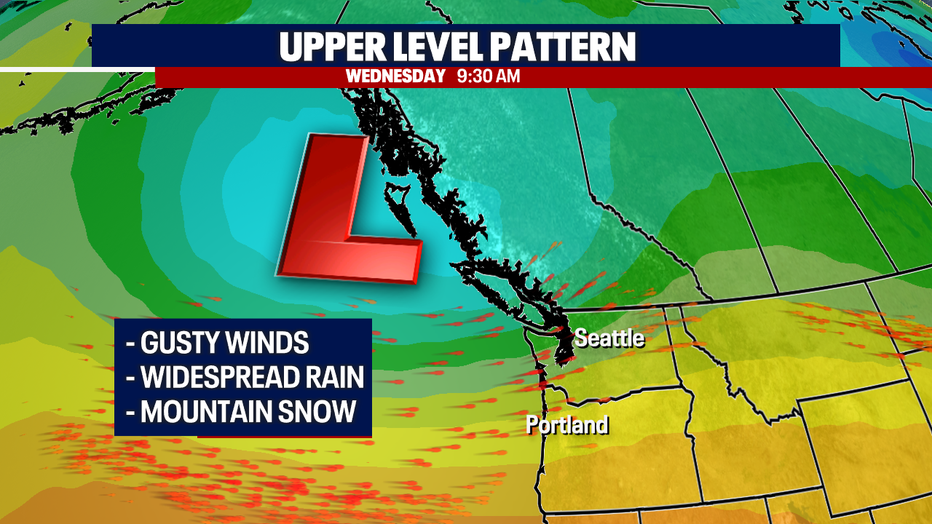 Here's a peek at what tomorrow morning looks like at about 7am: Lows sit in the mid to upper 40s as you get out the door.  Normal for this time of year is 49 overnight. 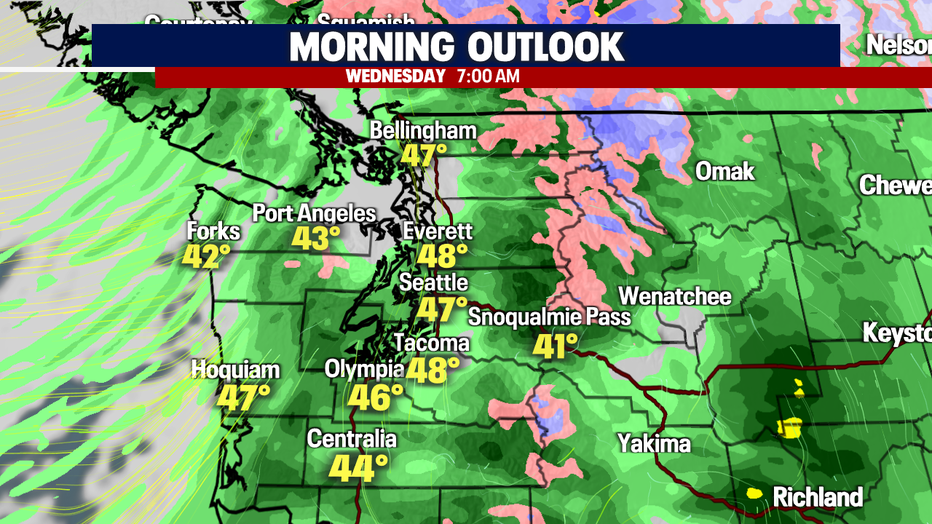 By the evening commute, not much moisture to deal with in the lowlands, but snow will continue to fall for the Northern Cascades. 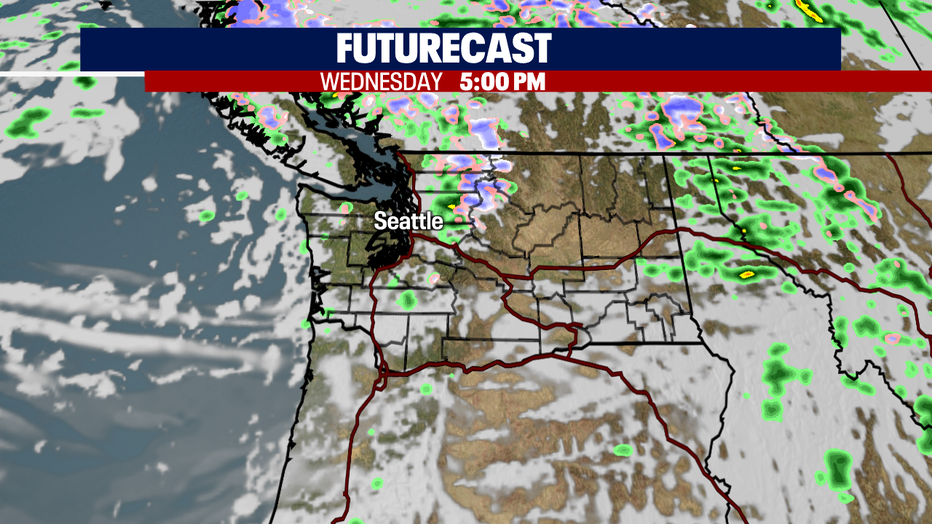 We have a "Winter Weather Advisory" in effect for much of the Central and Northern Cascades.  We're forecasting 4-15" inches of snow above 4,000', with the heaviest amounts falling over Mt. Baker. This alert goes into effect early Wednesday through early Thursday.  Not only will snow fall, winds will get gusty at times and that could create poor visibilities when driving through the passes. 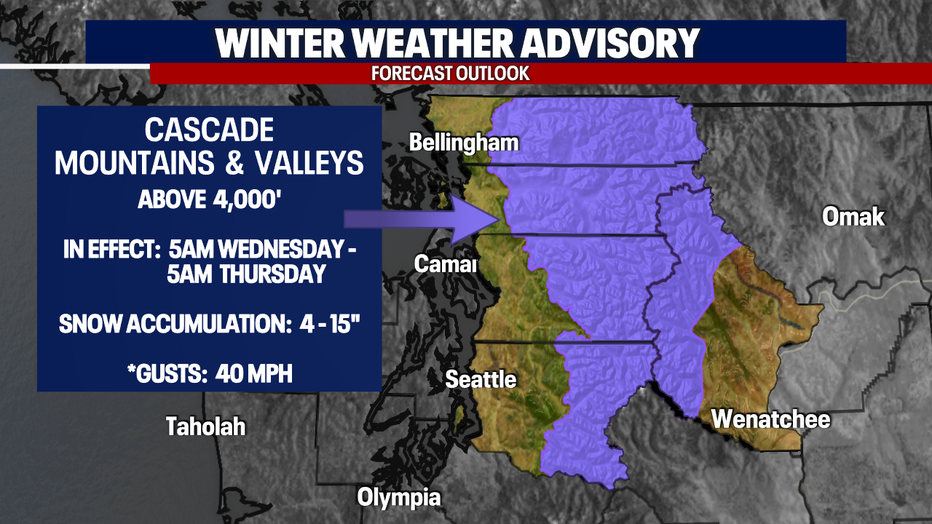 And let's not forget about the winds….look for gusts throughout the day up to 40 mph for the Central Sound with potential higher gusts for the Coast, the Islands, and North Sound.  A "Wind Advisory" starts at 5 am tomorrow for the Islands and Western Skagit and Western Whatcom Counties.  Look for sustained winds out of the south 30-40mph with gusts up to 55mph.  Winds will start to relax around 8 pm. 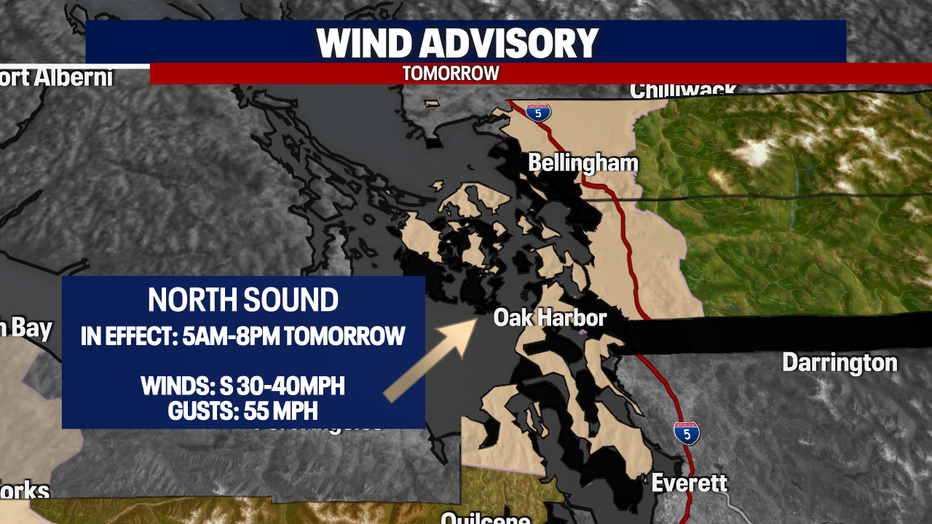 The Coast is under a "Wind Advisory" too.  Expect gusts up to 50mph through 5 pm tomorrow. 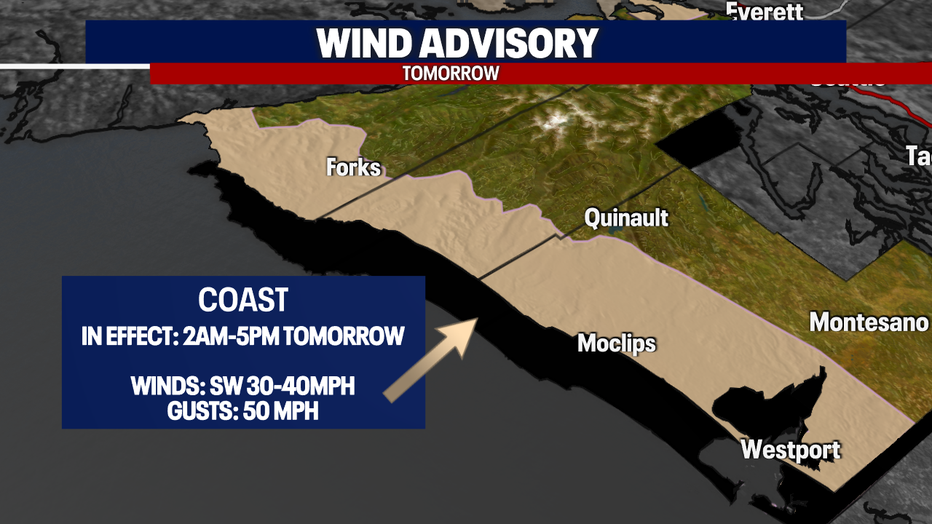 Portions of Central and SE WA under a "Wind Advisory" as well.  The alert goes into effect around noon lasting until about 10 pm.  Winds kick up from the west 20-35mph with gusts up to 45. 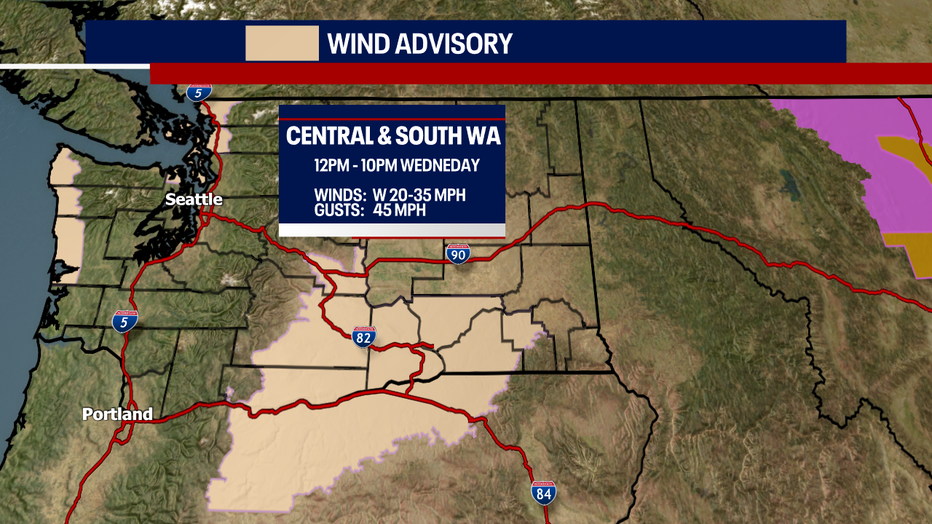 Once we push past Wednesday, just a few lingering showers into Thursday as a cool upper-level trough hang over the area.

Our warm-up starts Saturday as weak high pressure builds in the Pacific.  This will help push highs to near normal!  The average for this time of year is 67, jumping to 68 Sunday. 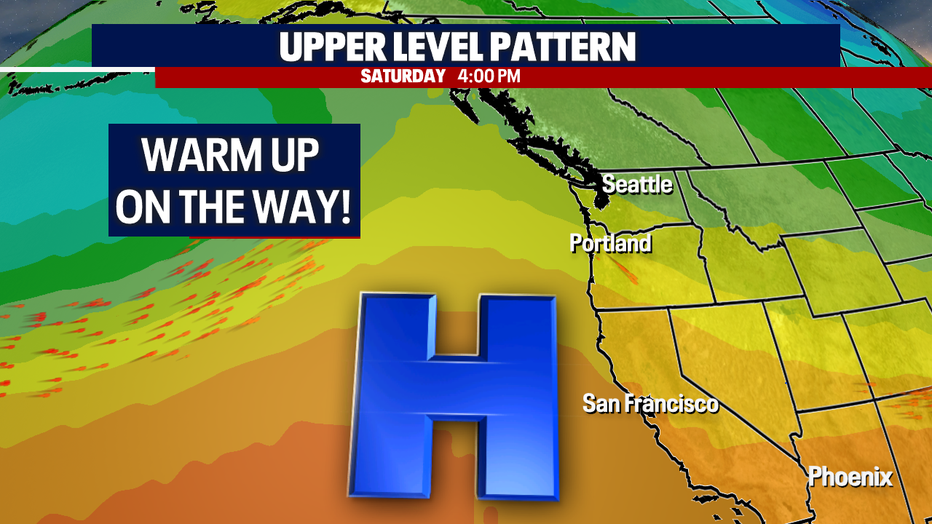 As we look early next week expect a few passing showers with mostly cloudy days.  Highs drop into the upper 50s to low 60s.  Enjoy! 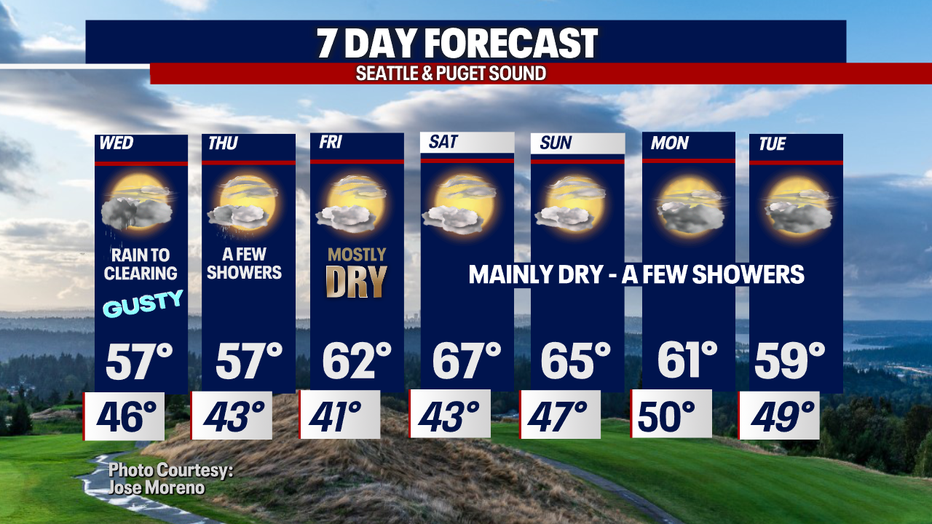