seattle - If you're liking our mainly dry fall conditions, then you'll like Thursday too.  Tomorrow will look very similar to today with more filtered sunshine and highs in the mid to upper 50s near our seasonal average of 56. Tonight, we'll cool off into the mid 40s for most, with some patchy fog developing at the coast and in some of the valleys. 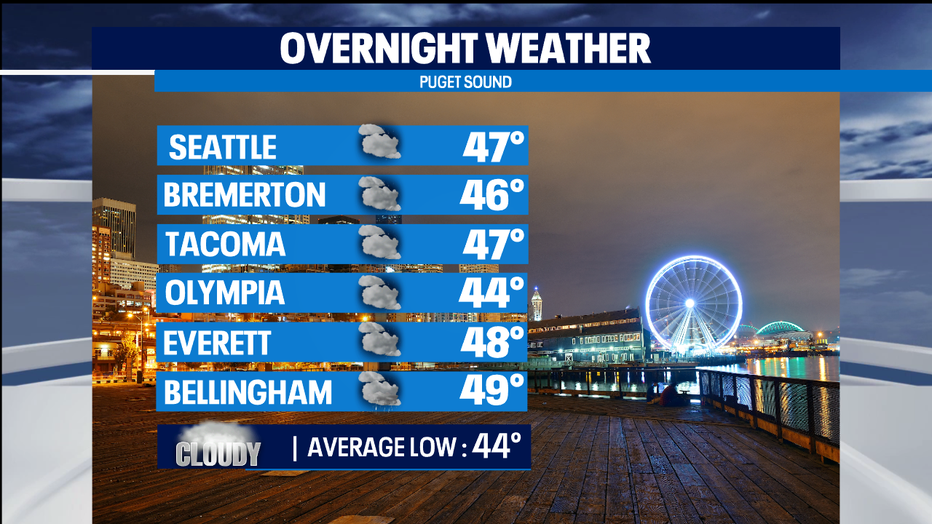 Thursday starts off cloudy and will take most of the day to grab ahold of some blue skies and clear out for afternoon sunshine.  High 58.

Overnight Thursday into Friday is where our dry weather pattern starts to veer off track.  High pressure breaks down and is pushed out as a front starts to track in from the NW, dropping down from southern British Columbia. Rain will start just after midnight into early Friday morning spreading widespread showers.  As we push through the morning commute rain will start to fall apart in the lowlands but will hang in the Cascades through late afternoon.

A ridge will build back in for the weekend giving way to a nice Halloween forecast along with plenty of sunshine for Seahawks Sunday with the rival 49ers in town.  We expect highs in the mid to upper 50s. Monday looks promising at this point too with temperatures near 60 with mostly sunny skies. 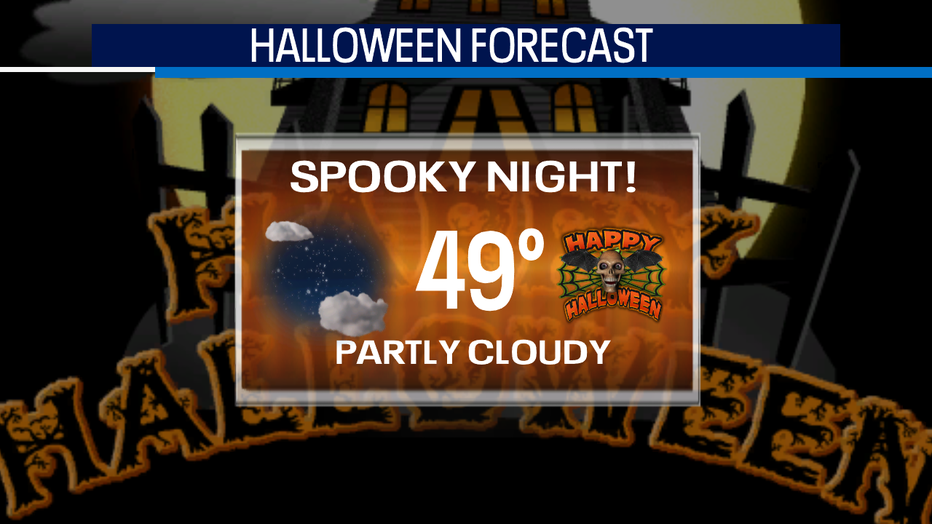 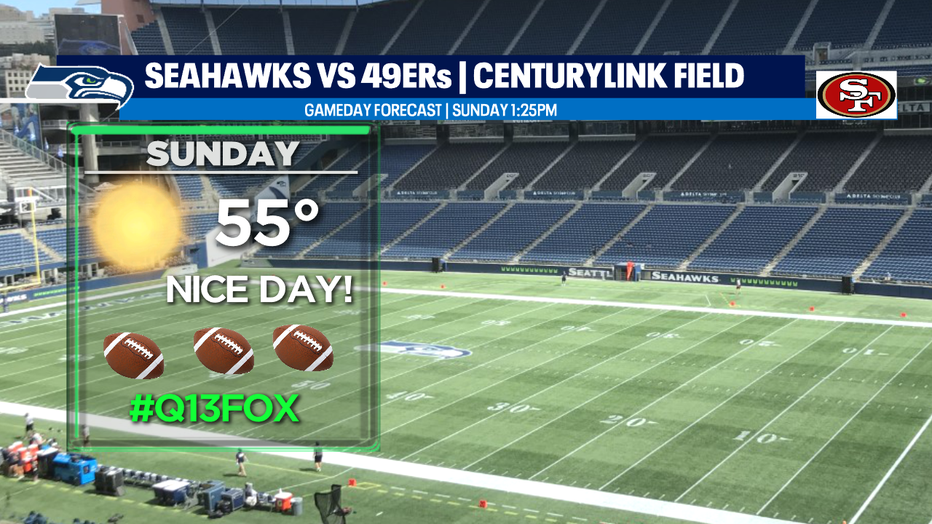 A change in the forecast for Tuesday into Wednesday.   A front should start to push into the area bringing rain and breezy conditions back into Puget Sound. Stay tuned! 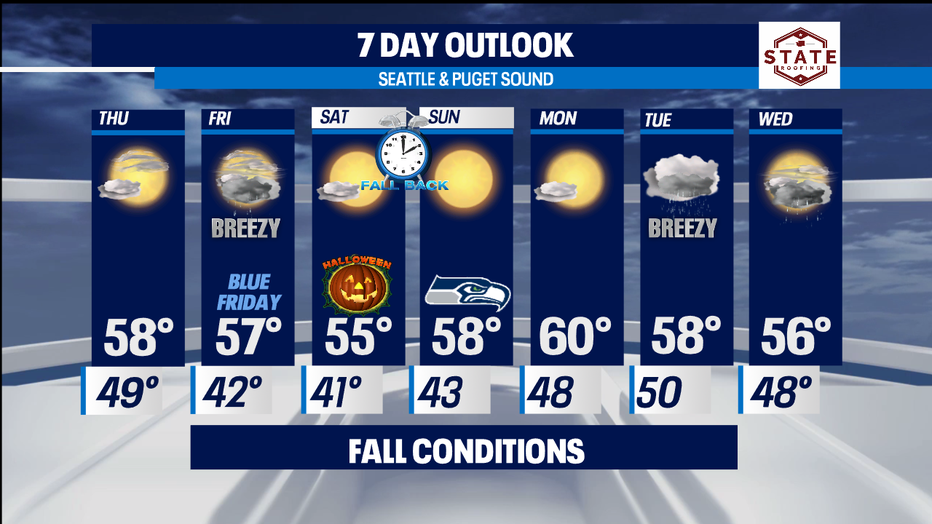