Winter conditions will continue this week as another front approaches keeping active weather in the forecast.

SEATTLE - Snow showers are wrapping up in the Puget Sound area this morning, but another chance for lowland snow arrives on Friday evening.

High pressure is building in to the area bringing mainly dry conditions through Thursday night. Temps will stay chilly today, only reaching the mid 30s. Temps will stay very cold in western Whatcom County due to Fraser Outflow winds. Wind chill temperatures are in the teens up north. There will still be icy spots through Friday, but sunshine should help some more areas dry out this afternoon. The worst road conditions over the next 24 hours will be in neighborhoods and side streets, especially those with slushy snow. Those areas will freeze over again tonight with temps dropping into the low to mid 20s with clear skies. 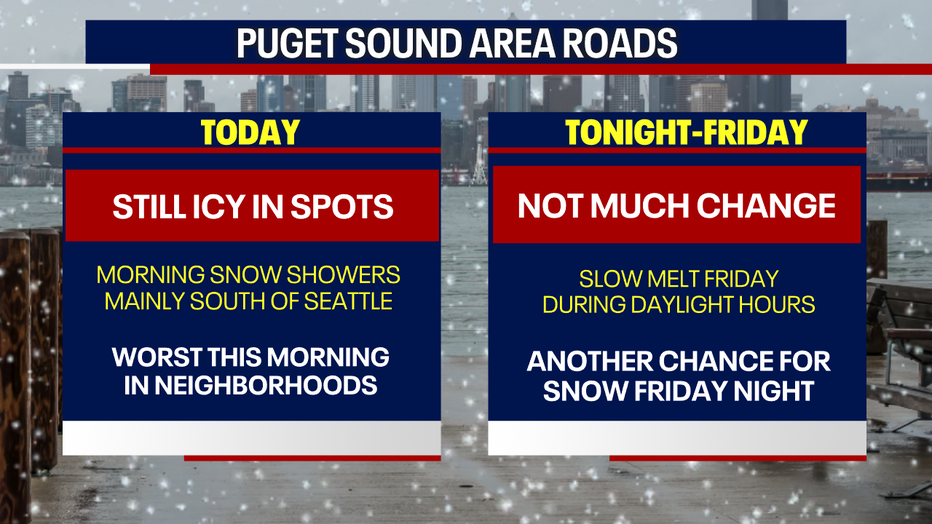 Another low pressure system will approach the coast on Friday, bringing another chance for lowland snow to Western Washington. This precipitation will collide with another chilly air mass and bring snow to parts of the Olympic Peninsula and the Puget Sound area. This system will be similar to Tuesday's. Scattered snow showers will move in first, followed by heavier precipitation after sunset. The precipitation likely won't be as heavy as Tuesday's system, but areas north of Seattle could see a few inches of snow again Friday night. We will have more updates on this system tonight and tomorrow morning as confidence grows on where the rain/snow line will be. 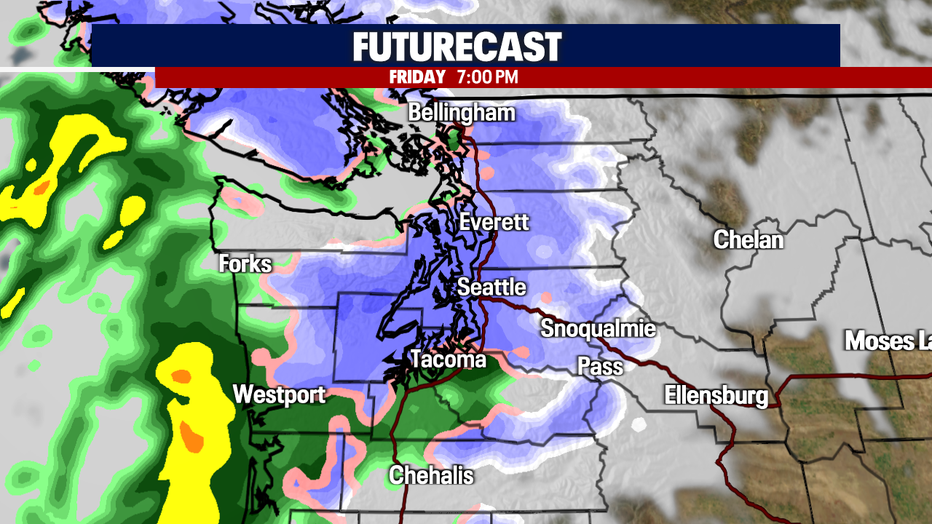 It's Dec. 1 and we are now in meteorological winter. Fall started off warm in Western Washington with some records, including the second warmest October since 1945. November was very cold though, making up for that warm start to the season. 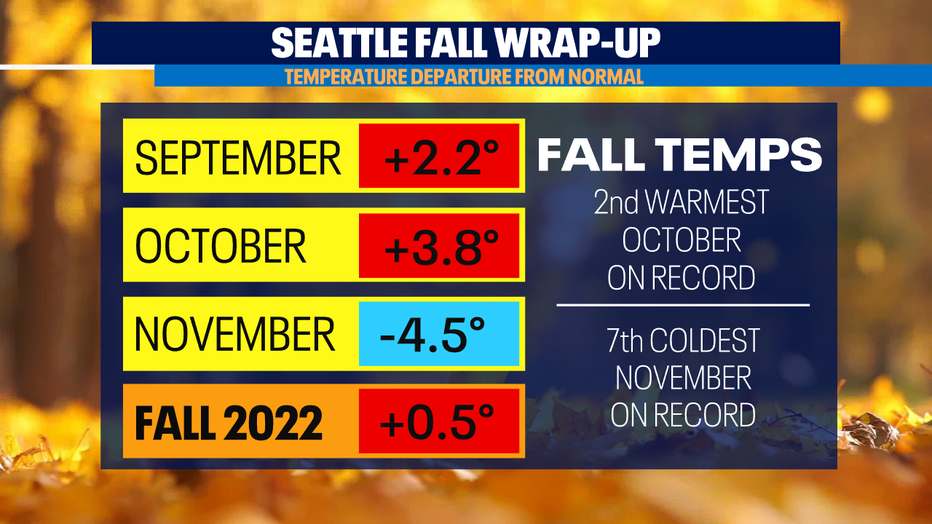 This was the driest fall in 20 years, with long dry stretches including a two-week dry stretch in November. 14 days of dry weather in a row is now the longest stretch we've ever had in November in Seattle. 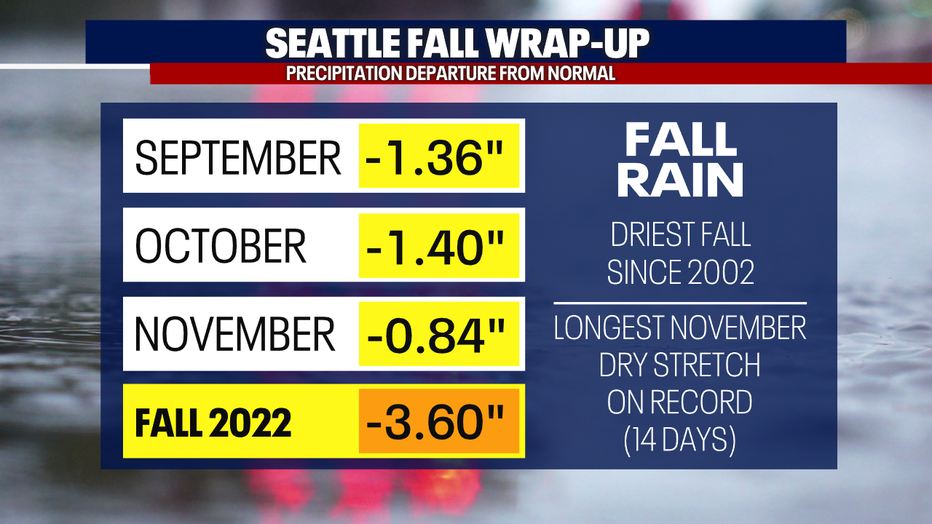 After Friday's system, the weekend looks mainly dry. It will be cool, but there should be plenty of sunshine in the mix. Next week looks slightly warmer and should be mainly dry as well. 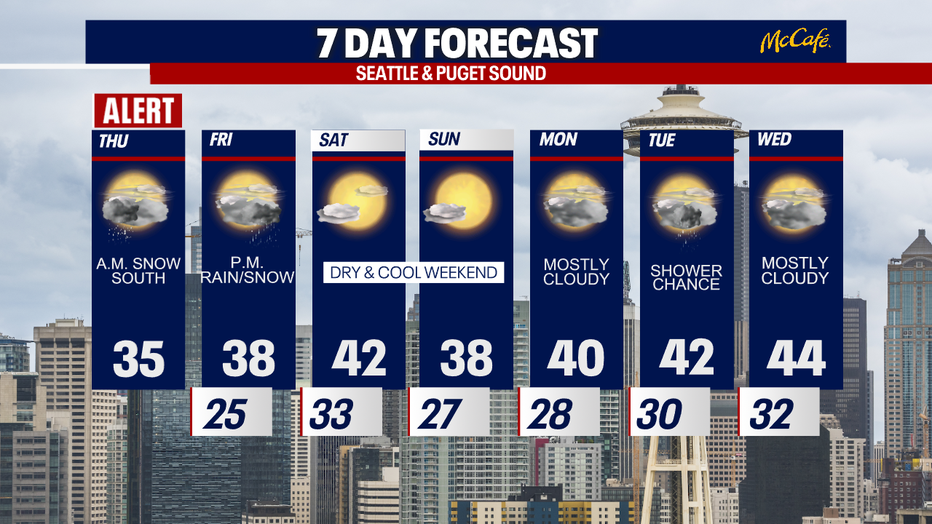