SEATTLE - Despite poor air quality around the region today, highs on the last day of summer warmed above average again. Seattle (NWS Office on Sandpoint) hit 78 with Sea-Tac at 77. 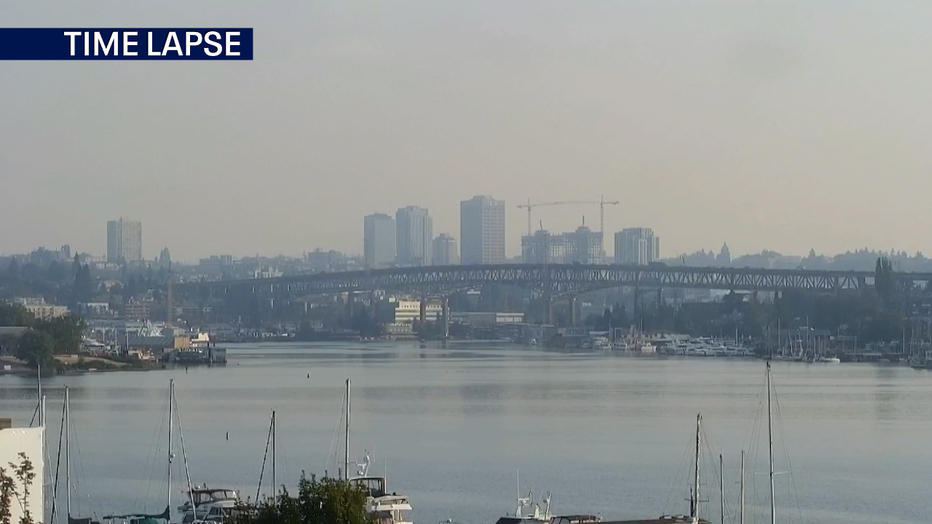 As we welcome in fall, temperatures will cool to near normal at 70. 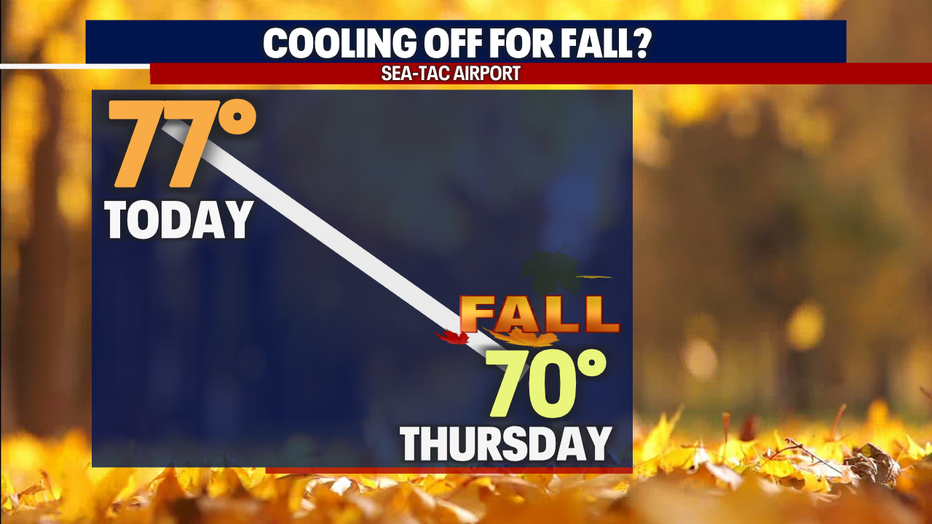 Overnight, skies vary depending on where you live.  The NW Coast, Strait, and Island into the North Sound will see clearer skies while the Central and South Sound are under partly to mostly cloudy conditions.  Temperatures will cool into the low to mid 50s for most areas with upper 40s for the NW WA Coast and through the Strait. 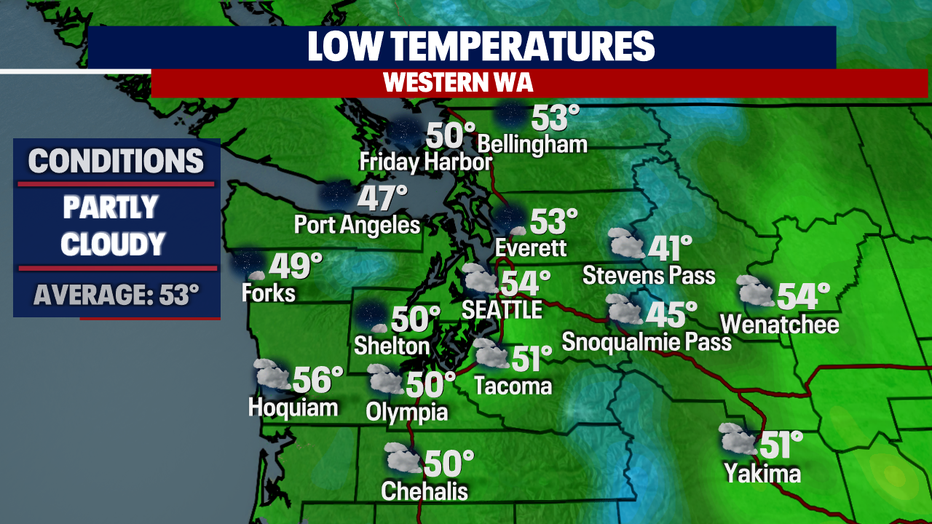 After a very smoky/hazy day with reduced air quality into the "very unhealthy" to "hazardous" levels, we're finally seeing some improvement into the "moderate" zone. 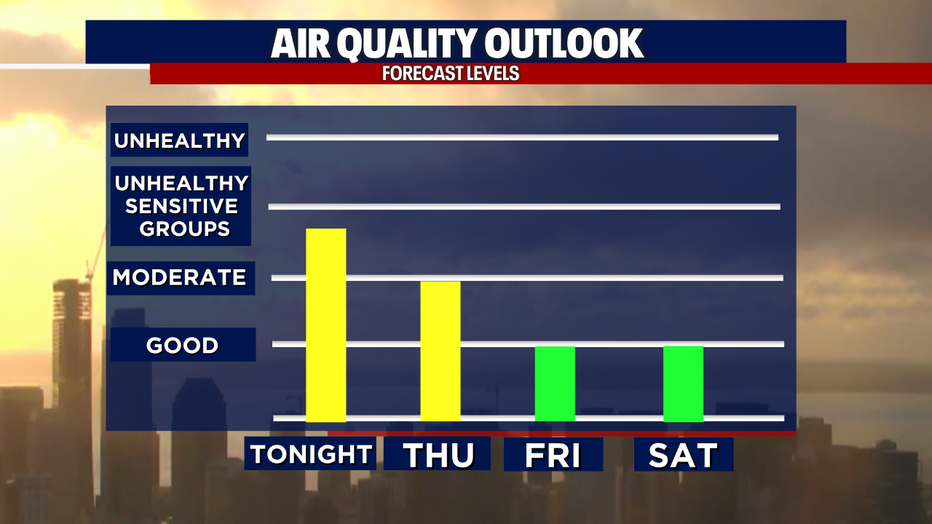 We'll continue to move in the right direction through tomorrow and into the weekend. By tomorrow afternoon/evening, most of the smoke will push back east over the mountains. 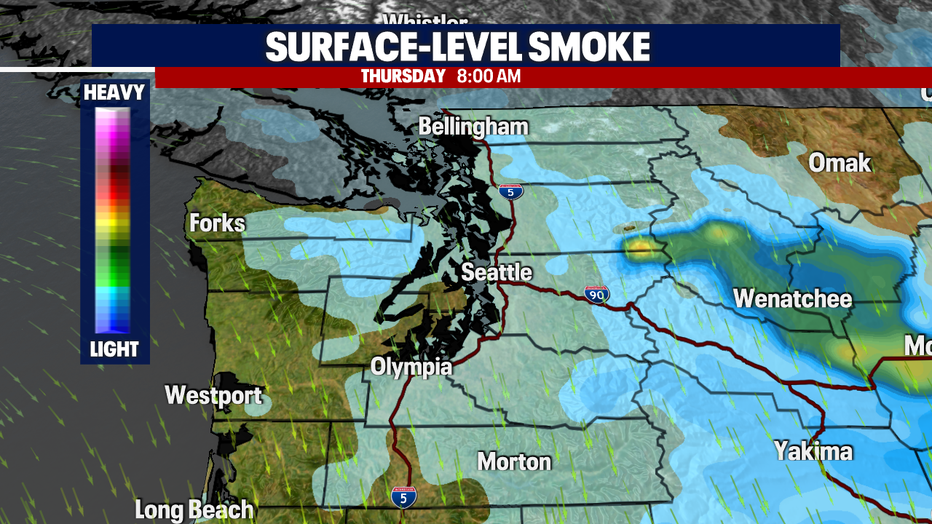 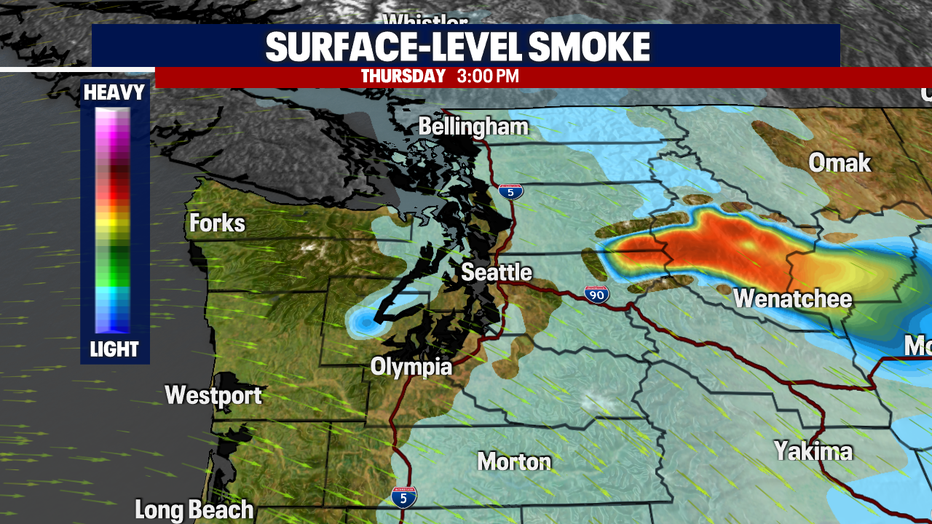 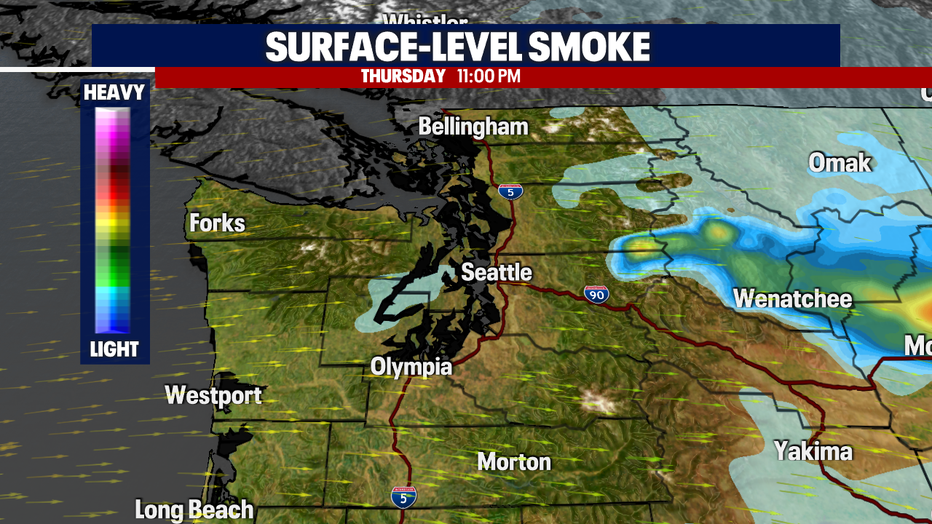 Highs Thursday land near average at 70.  And by Friday, the first full day of Fall, we drop into the upper 60s….somewhere we haven't been in quite a while. 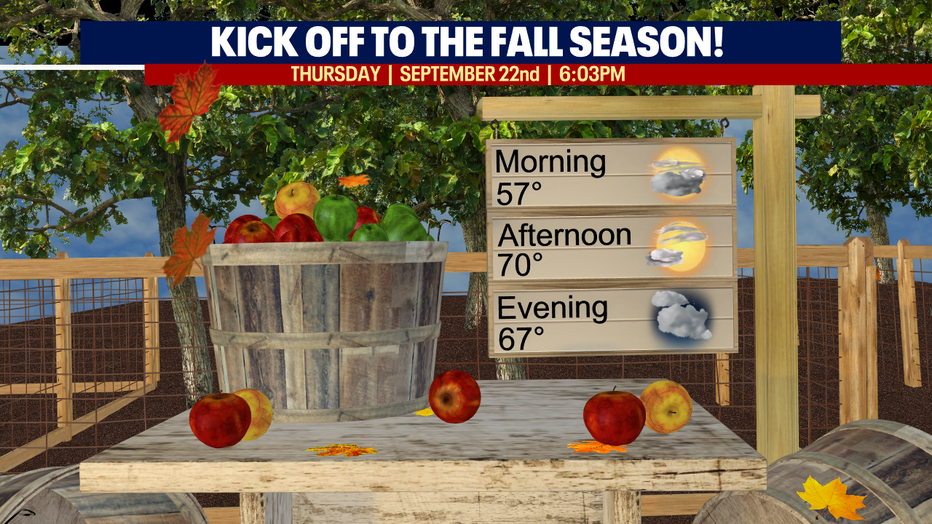 Friday also has a slight chance of a few light showers over the Coast, the Olympics, and North Sound, close to the Canadian border.  Showers are very short-lived.  By later in the afternoon, we start to clear for a partly cloudy evening. 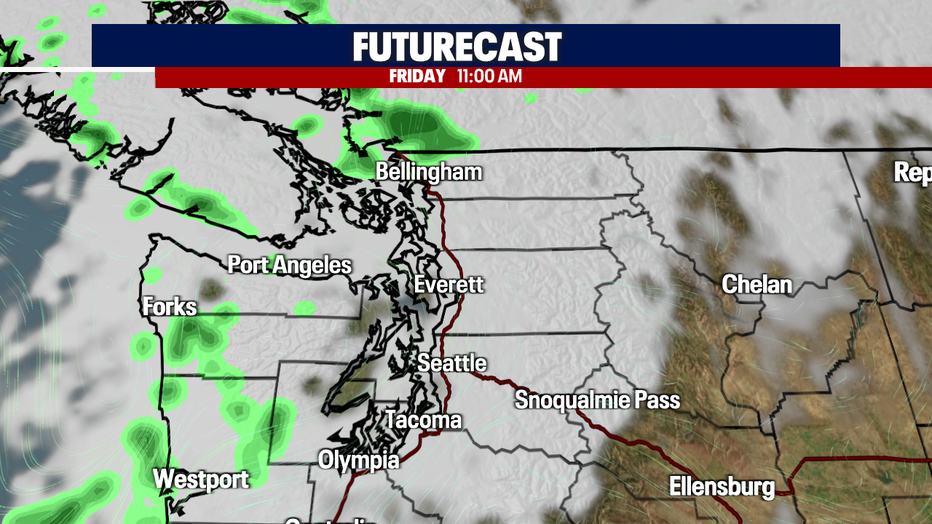 The extended forecast looks very nice with above average highs over the weekend and into next week.  Some of us could warm into the upper 70s!  Great conditions for all the sports teams in town this weekend into next week. 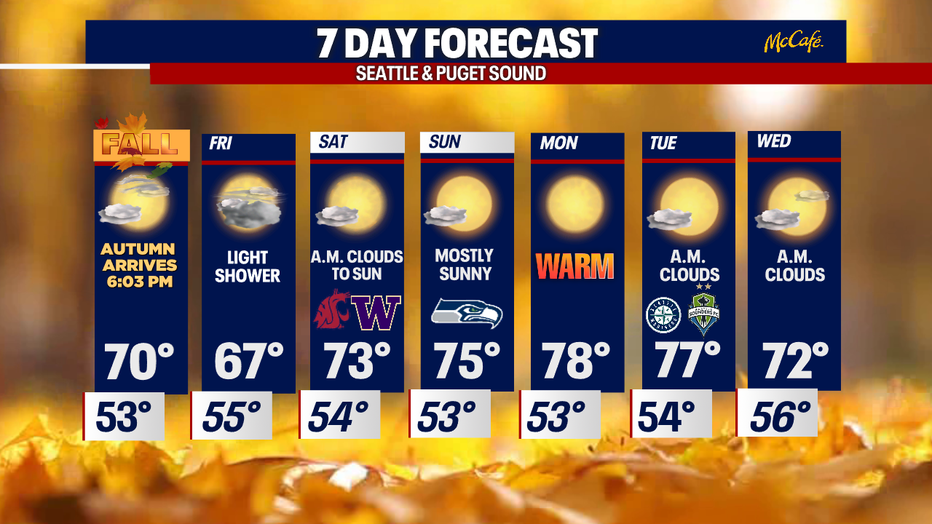 Looking ahead to late next week we might have a shot at seeing a few scattered showers to close out the month of September.

So far we've only seen 0.22" in the bucket at SeaTac and that is well below average rain.  Normal for the month of September is 1.61"... and by the way, this summer will go down as the driest on record according to the National Weather Service. 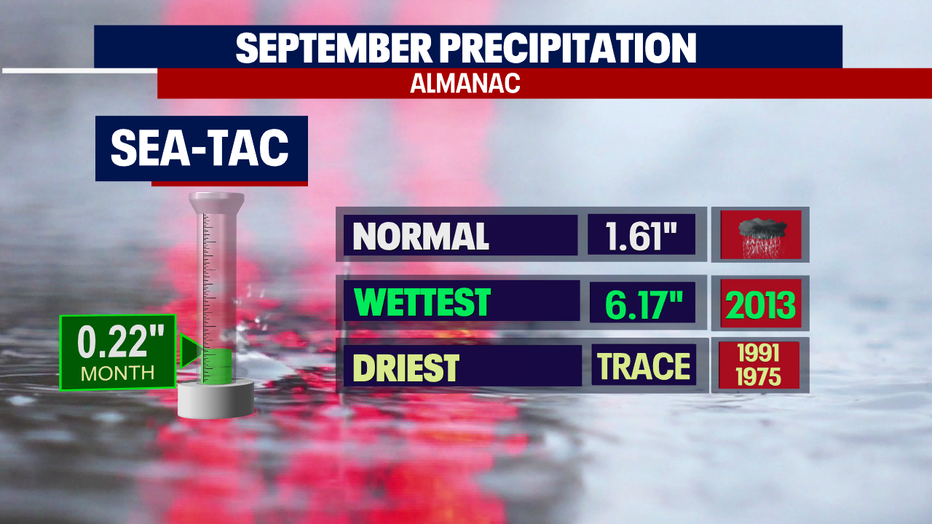 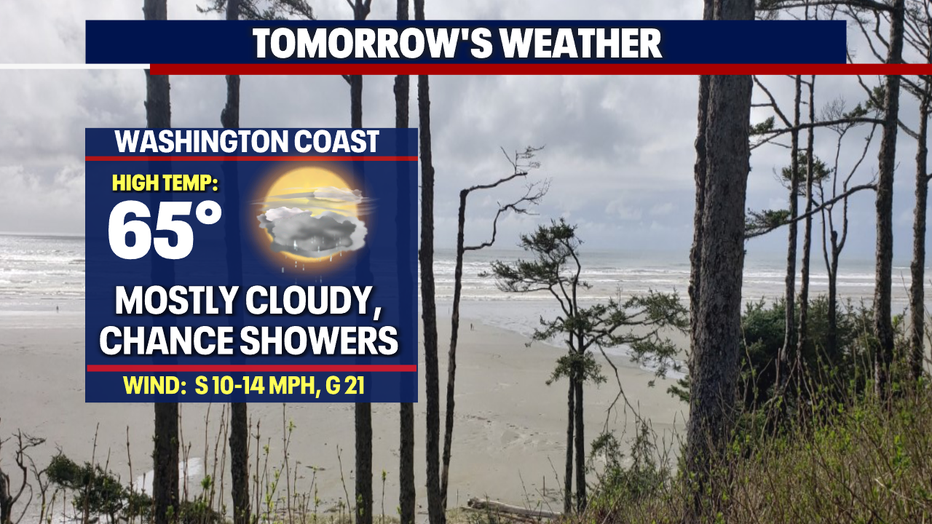 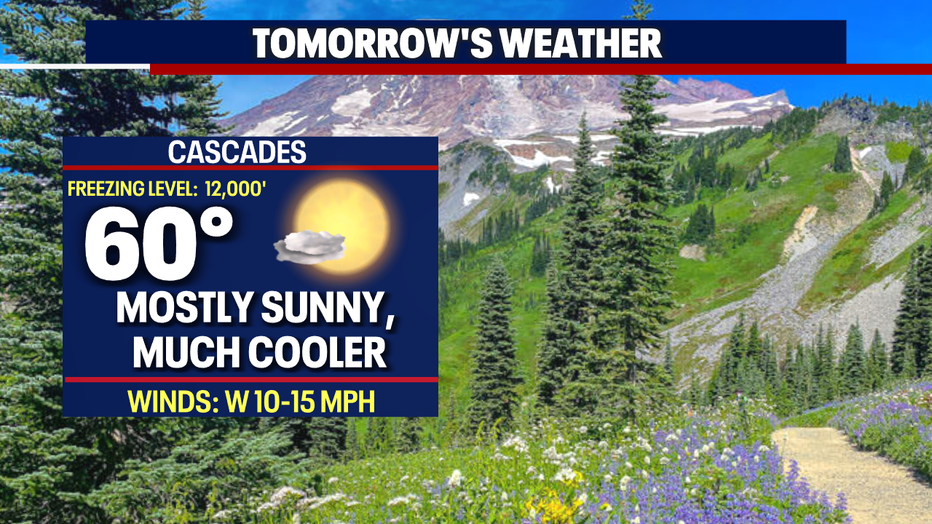 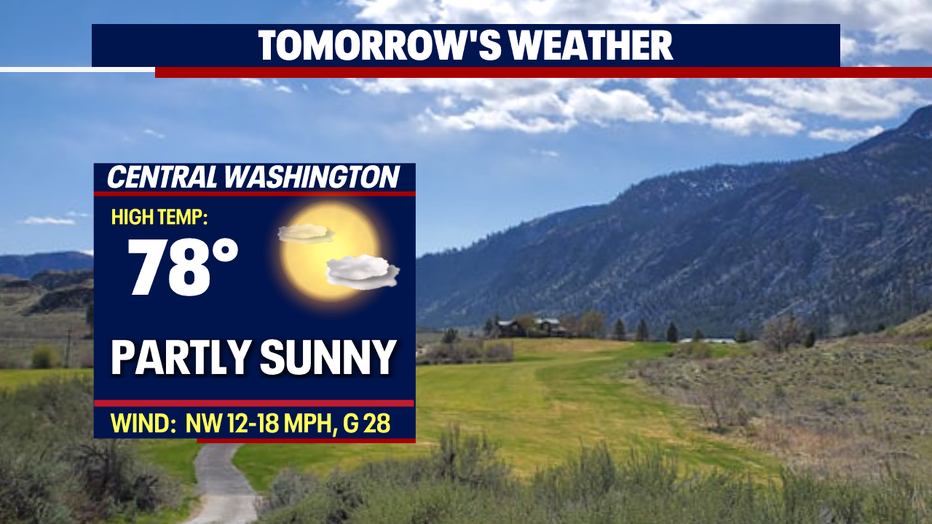