TAMPA, Fla. - Friday morning, Elsa was upgraded to a Category 1 storm, the first for the Atlantic hurricane season. While the Florida peninsula is in the cone, there is still a lot of uncertainty in the forecast track.

As of 5 p.m. Friday, the storm had winds of 85 mph and was moving west at a speedy 30 mph. The questions on everyone's minds in the Bay Area are if and when the storm could impact Florida.

"We're pretty confident we'll have something moving toward our state early next week. The question is all this stuff in between," Eliasen said of the islands between the storm and Florida's southern border. Let's take it day-by-day, let's get through the weekend here and again we'll know a lot more late Saturday night, early Sunday once we start to navigate around some of the islands," Eliasen said Friday evening.

Forecasters measured hurricane-force sustained winds and wind gusts close to 90 mph in Barbados. Those hurricane-force winds extended outward from the center up to 25 miles. 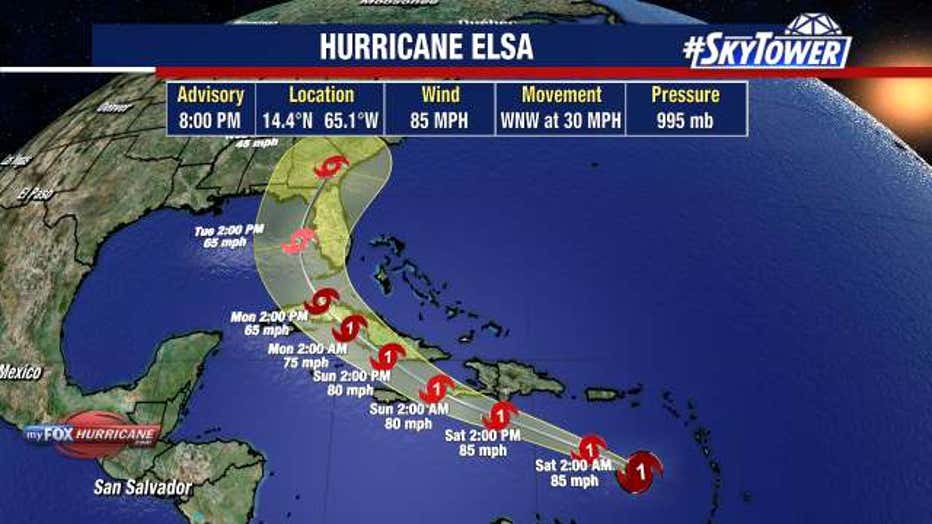 After it passes the eastern Caribbean islands, Elsa, which is being steered west by a ridge, will begin making its turn to the north, Sadiku explained. Florida may be in the cone of uncertainty, but there is a wide range of possibilities that can occur.

"You know what that means right? The center could pass as far to the east as maybe the east coast of Florida and [Tampa] may not see any impacts out of this," Sadiku said. "That’s not out of the realm of possibility. But there’s a chance that we could be talking about a further westerly track and that would put us more in the area of concern."

Two computer models that forecasters are keeping an eye on are the European and GFS, which are giving opposing outcomes. 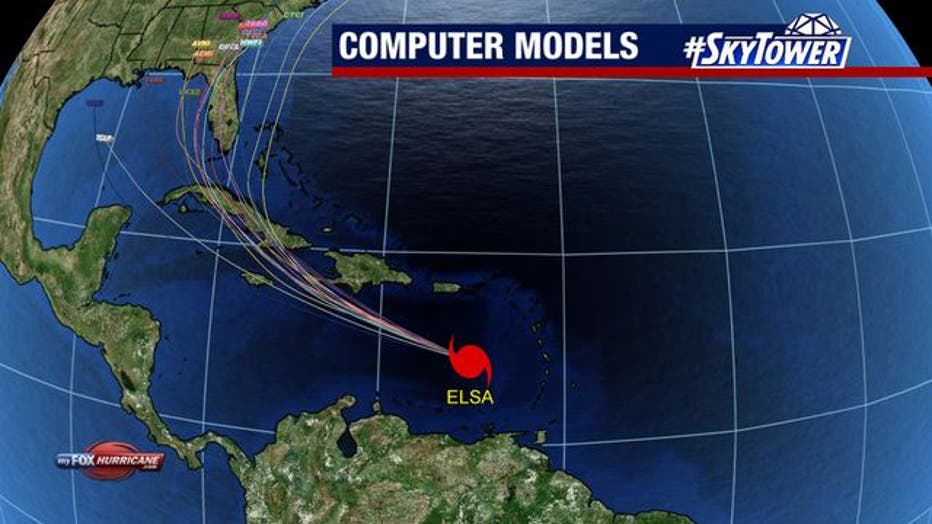 "Both are still not agreeing at this point. So, it’s still a low-confidence forecast, at least in terms of the track," Sadiku said. "Most of the models do keep this as either a strong tropical storm or maybe a minimal hurricane into early next week. We’ll keep that in mind for you."

For now, a dome of high pressure in the Atlantic, a Bermuda high, will continue to steer Elsa west-northwest, but then it will weaken at some point, possibly Sunday, he said. This will occur as a cold front starts to move to the south. 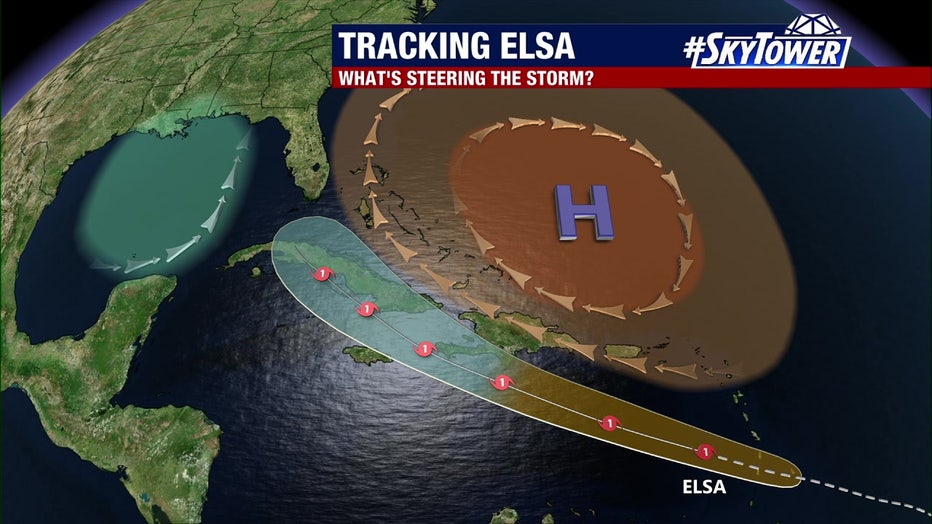 "That jet stream will allow the storm to tug a little further north," Sadiku said. "So a lot of time, a lot of hurdles with this system, but something we will definitely be watching."

Elsa is the earliest fifth named storm on record, beating out last year’s Eduardo which formed on July 6.

"By now, you’ve got your hurricane plans in place, so you’re not necessarily worried about this but it’s something we’re definitely going to watch for you through the holiday weekend," Sadiku said.