Rain moves in on Sunday

Rain returns on Sunday, high temps in the mid-40s. A Winter Weather Advisory will be in effect today for the North Cascades and mountain passes. Q13's Grace Lim has the full forecast.

SEATTLE - Happy Seahawks Sunday! An occluded front is bringing rain across the lowlands and mountain snow. It's the first of a parade of storms on the way. 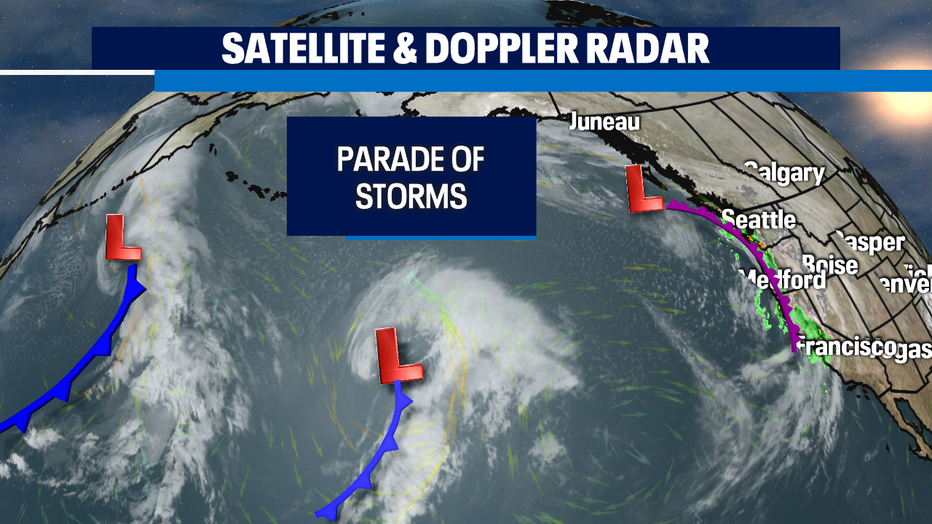 Rain chances will become more scattered in nature this afternoon. There is also a chance for thunderstorms on the coast tonight. A Coastal Flood Advisory is in effect until 2 p.m. for the north coast where minor flooding is possible in parking lots, parks, roads, and other low-lying areas. 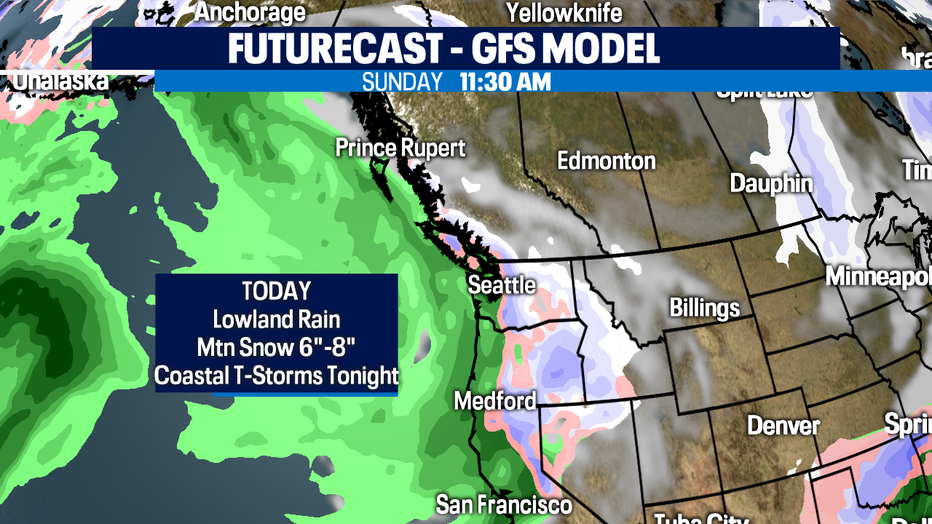 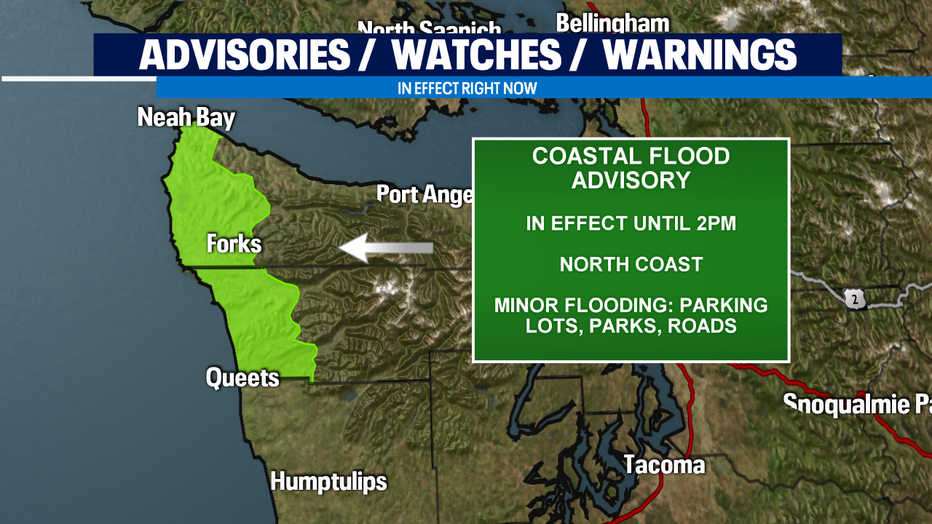 A Winter Weather Advisory is in effect for the Cascades above 2,500'. Plan for slippery conditions on the roads. The passes can pick up 6"-14" of snow through Monday morning. 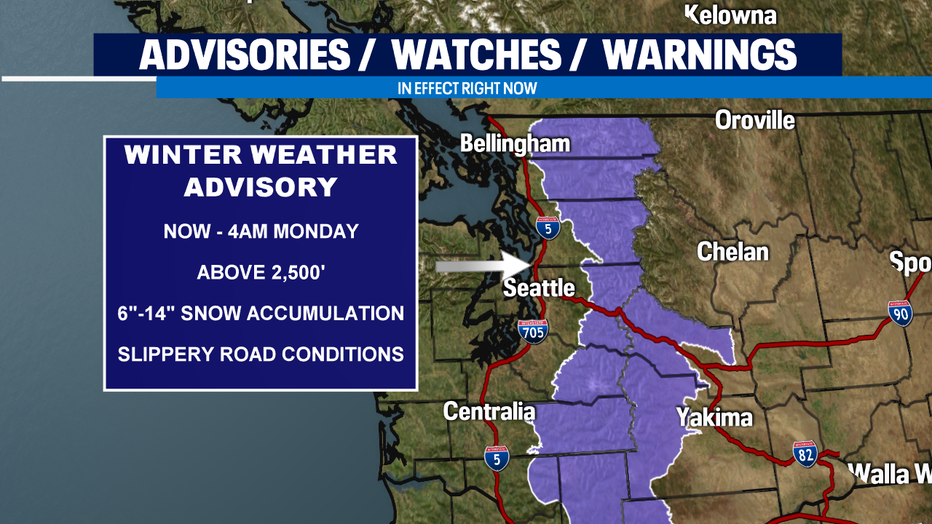 We'll dry out for the most part on Monday, but can't rule out spotty showers. A convergence zone may even set up for the Monday morning commute. Another system moves in late Monday night and into Tuesday. This one looks to be stronger, bringing windy conditions in the San Juan Islands and western Whatcom and Skagit counties. Expect another healthy dose of mountain snow. 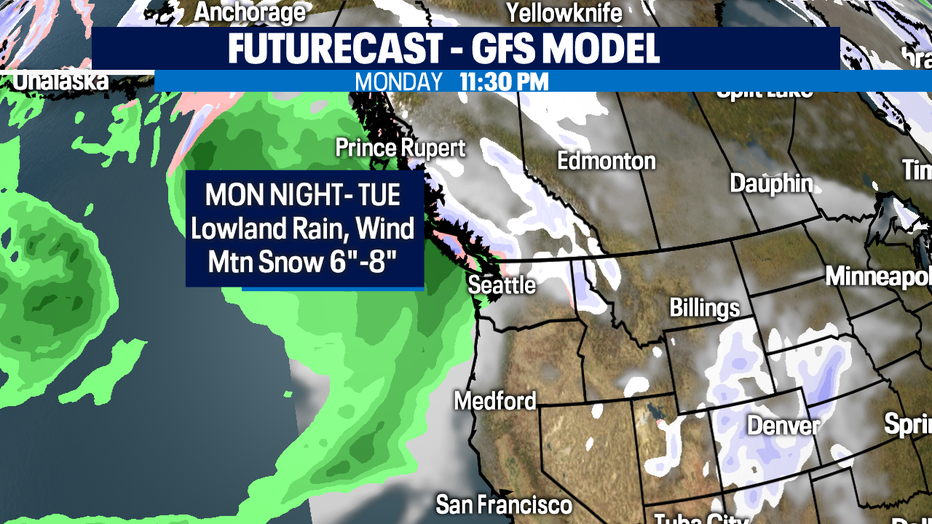 Another system moves in Wednesday bringing another round of lowland rain and mountain snow. We look to dry it out by the second half of Thursday. 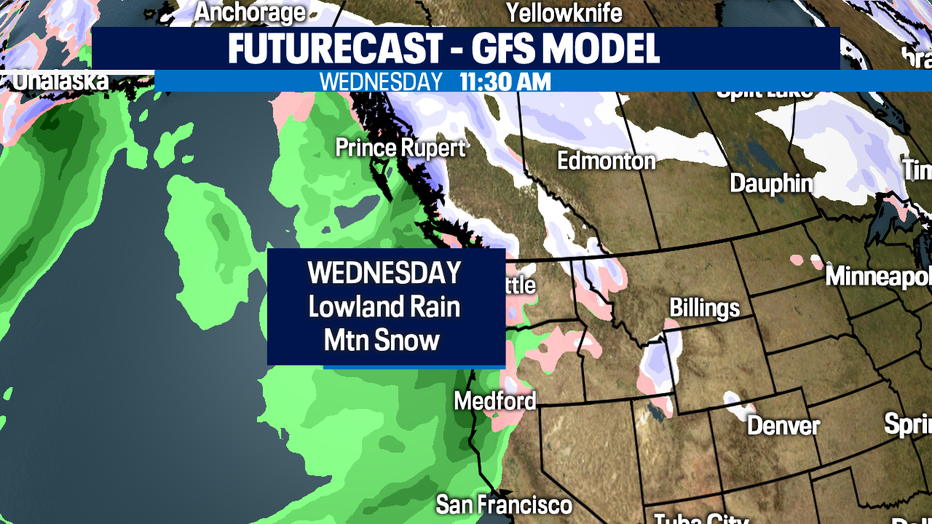 A stronger system will approach Friday and into the weekend, continuing our active weather pattern. In fact, in the Wednesday-Sunday time frame, we'll have to keep an eye on rises in our area rivers, especially the Skokomish River. Overall, highs generally will be slightly above normal in the upper 40s and lower 50s. 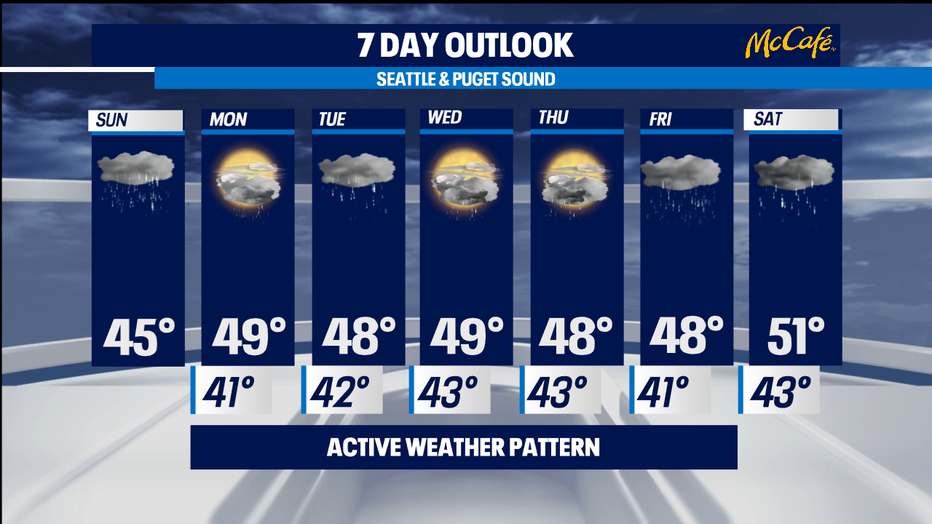 Keep the rain gear with you, safe travels over the passes, and Go Hawks!
-Q13 Meteorologist Grace Lim