SEATTLE - Our New Year's Day will be relatively quiet with rain at times, winds kick up this afternoon, especially on the coast and to the north, and mild afternoon highs in the low 50s. There will be snow in the mountains, but the snow level will be around 5,500 feet, so it's rain at the passes today. 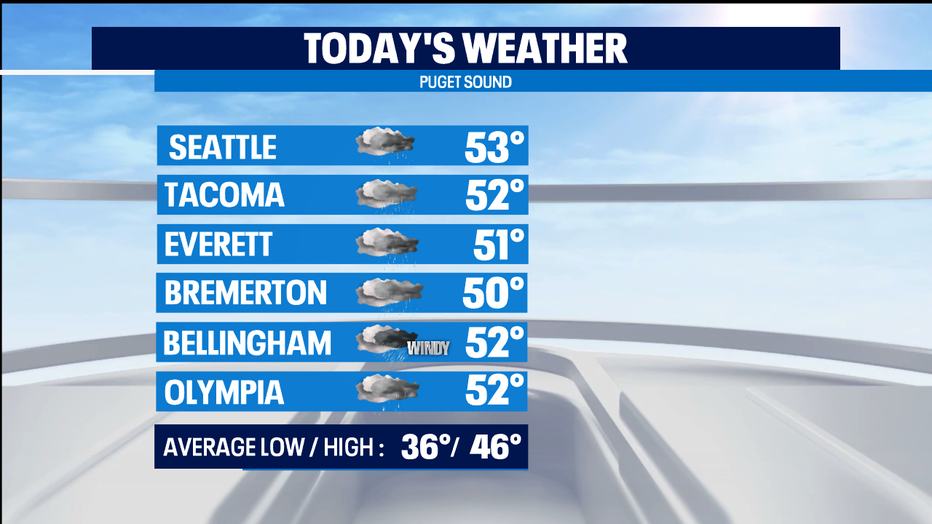 Tomorrow, Saturday, will be an active weather day.  Expect rain, heavy at times.  The National Weather Service has put out a notice that there is an increased chance of landslides:

"HEAVY RAINFALL FRIDAY THROUGH SUNDAY WILL LEAD TO AN INCREASED THREAT OF LANDSLIDES IN WESTERN WASHINGTON... Rainfall of 3 to 10 inches over much of the lowlands during the past 18 days has increased soil moisture to high levels across western Washington. Heavy rainfall of 1 to 8 inches is expected Friday through Sunday. This amount of rain will put extra pressure on soil instability, leading to an increased threat of landslides. Areas above 5000 feet in elevation will see some of the precipitation as snow and not be as affected."

Tomorrow will also be windy, with gusts up to 45 mph in the Central Sound and as high as 55 mph to the north and on the coast.  There could be power outages with trees and tree limbs down.

And snow will be heavy at times at upper elevations, above 4,500 feet.

Sunday, the weather calms down a bit.  There is still a chance of some rain, it'll still be a little breezy, highs will be near 50, which is still above normal.  Normal for this time of year is a high of 46.  Go Hawks! 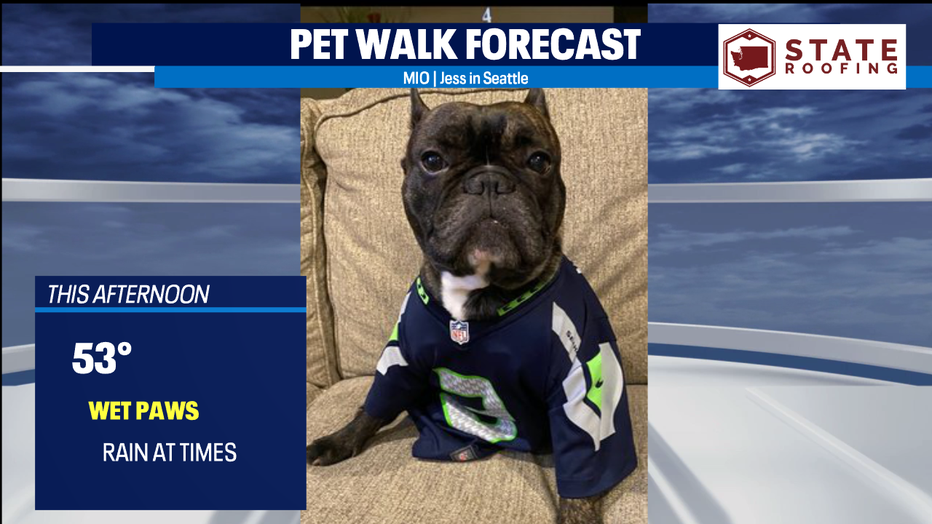 Next week -- rain at times.  I'm not sure when we'll see the sun again!  Maybe Thursday.  Don't hold me to this! 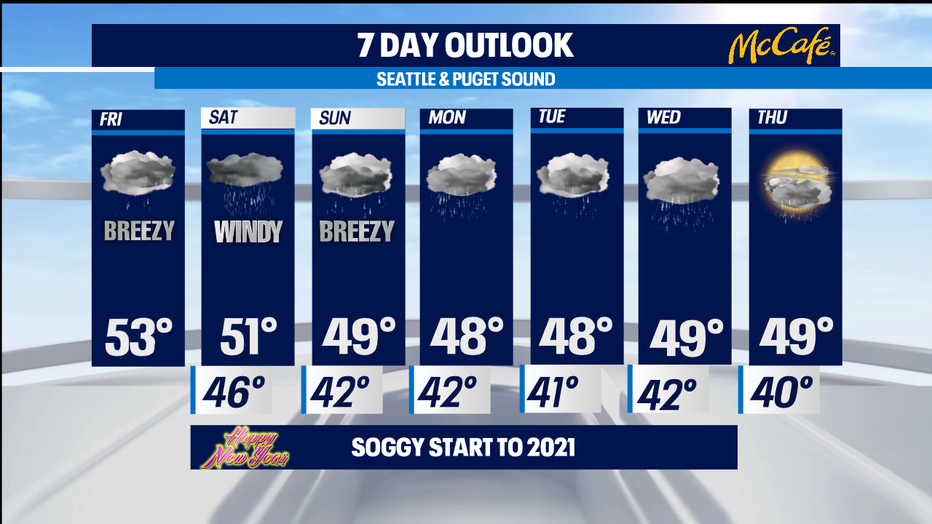