Active weather along the coast Friday and showers for all into the weekend.

There have also been several special marine warnings just off shore of Westport and Willapa Bay for the potential for winds gusting around 50 mph and small hail.  These can damage boats or even capsize small craft.

The potential for these severe events has peaked, but the weather is still unstable and we can still get some thunderstorms, especially on the coast and to the south throughout the day.  Thunderstorms could produce lightning and small hail.

This is all being driven by an area of low pressure that is circulating off shore and driving showers at us from the south. 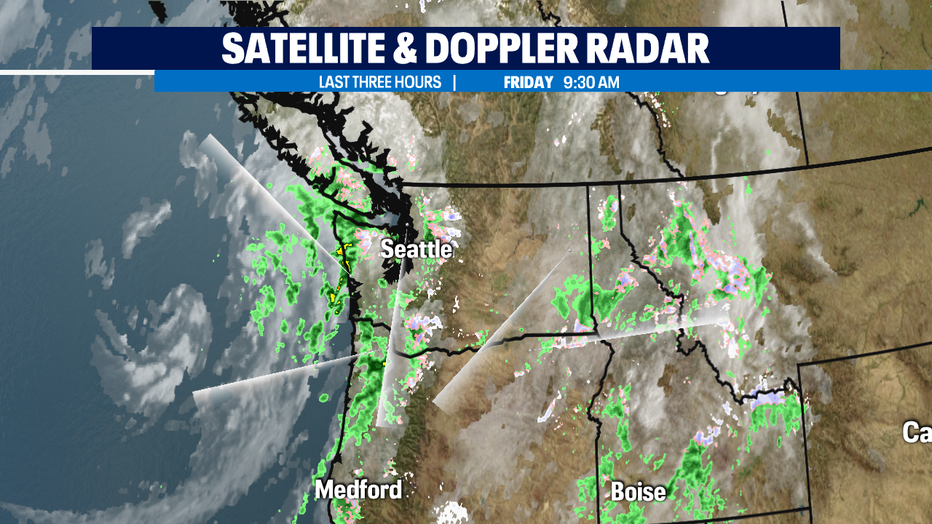 The rest of the day will feature showers and sun breaks, breezy winds, windy to the north and on the coast, and highs in the low 50s. 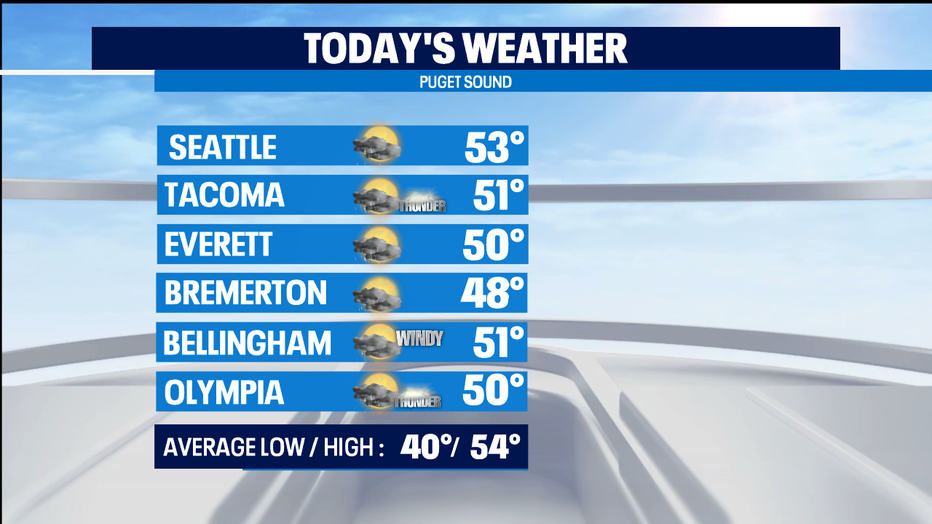 Tomorrow is the first day of spring and the weather will be "springy" with showers, sun breaks and highs in the low 50s.  There will also be some mountain snow down to pass level, with a snow level of 2,500 feet.

Sunday will be mostly cloudy with a few morning showers and rain likely in the afternoon.  It'll be chilly too, with highs only in the upper 40s and more mountain snow with a snow level of 1,500 feet.

Next week will be showery with highs around normal - low/mid 50s. 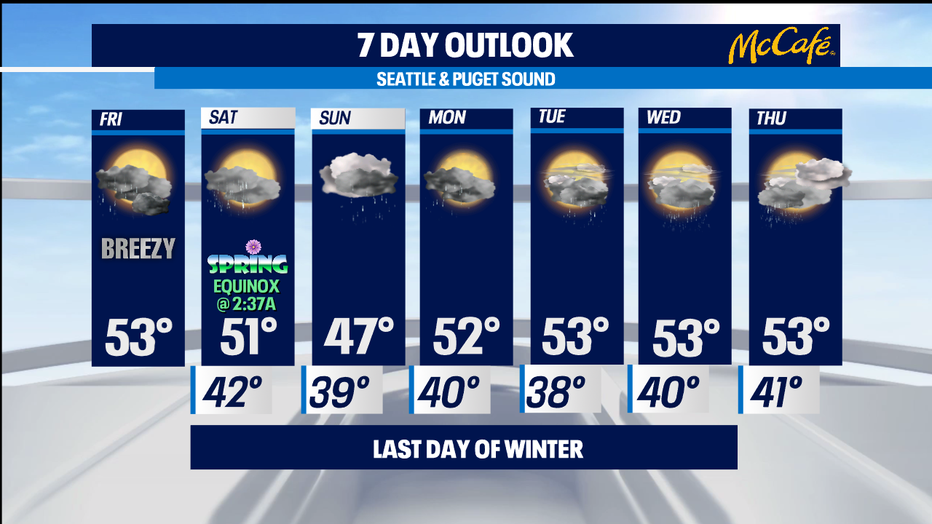