SEATTLE - What a day across Western WA!  Rain and wind a dominant player in the forecast. Most of the heavy showers clung to the Coast, the Strait and Islands during the day but by the evening commute rain moved into the metro area.

The other interesting element to our forecast is the spike in temperatures.  Highs went soaring above average into record territory for some areas.  Normal for this time of year is now 59, but Tacoma hit 70 today and that broke the old record of 67.   This all thanks to those Cascadia winds and the eastly flow pushing out of the mountains into Puget Sound. 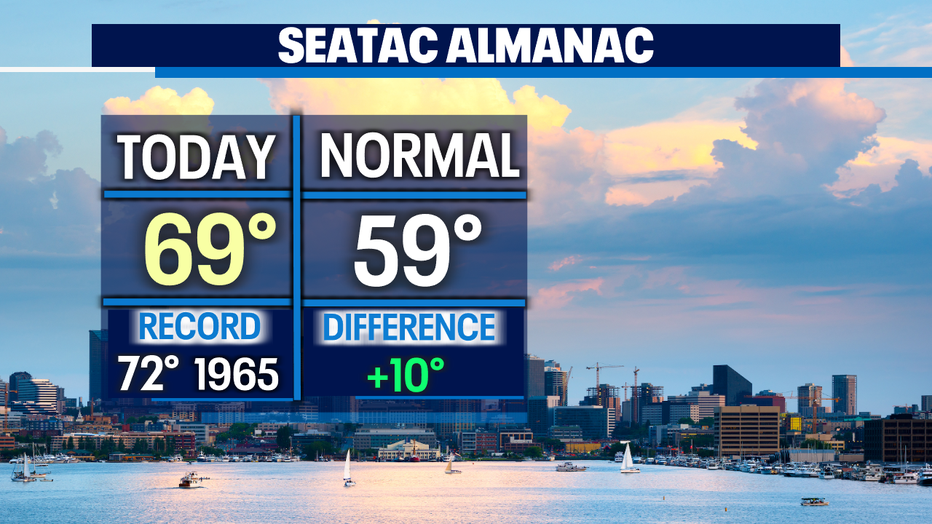 Winds were howling Thursday too.  Here's a look at some of the peak wind gusts during the evening hours.  Winds will start to relax some as we move into the overnight hours, but over the weekend we'll see them kick up again, especially into Sunday. 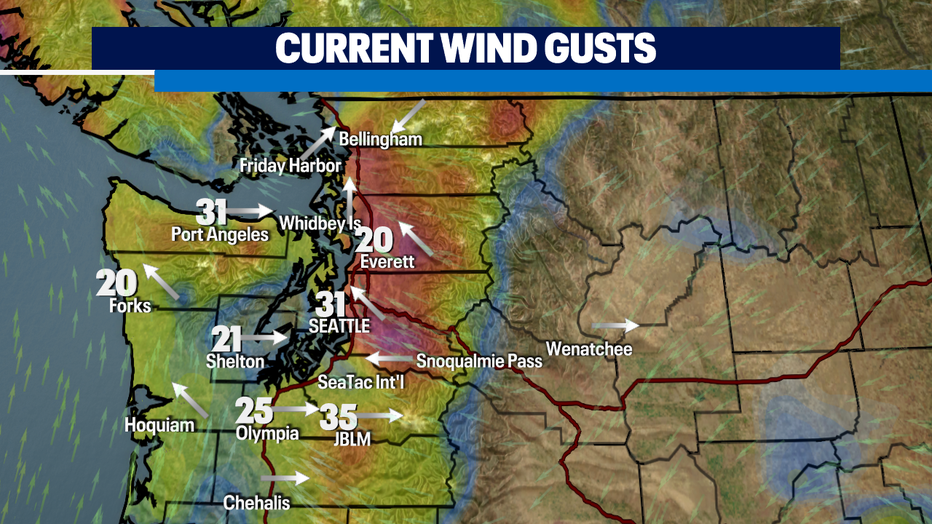 We can thank the "Bomb Cyclone" (area of deep, intense low pressure) out in the Pacific for our very active forecast.  And thankfully, that area of deep low pressure is far enough west and north that the direct impact was into Canada, but it still delivered heavy rain and winds to the WA and NW Oregon Coasts.

RELATED: Fascinating 'bomb cyclone' to put on show out in Pacific Ocean

A series of systems will push into the region over the weekend and into next week. 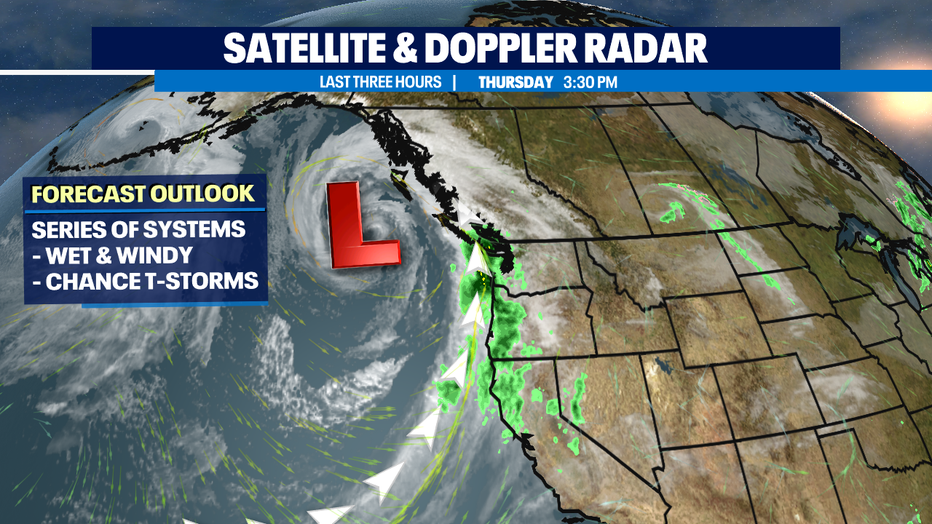 During the next few days expect bursts of heavy rain at times along with strong wind gusts, but we can also expect areas of dry periods as well.   In fact, Sunday's storm looks a little more intense with a stronger winds and heavy, widespread rain.

Highs will drop back down into the  low to mid 50s, just below normal.

Have a great rest of the week!  ~Erin Mayovsky, FOX13 Forecaster 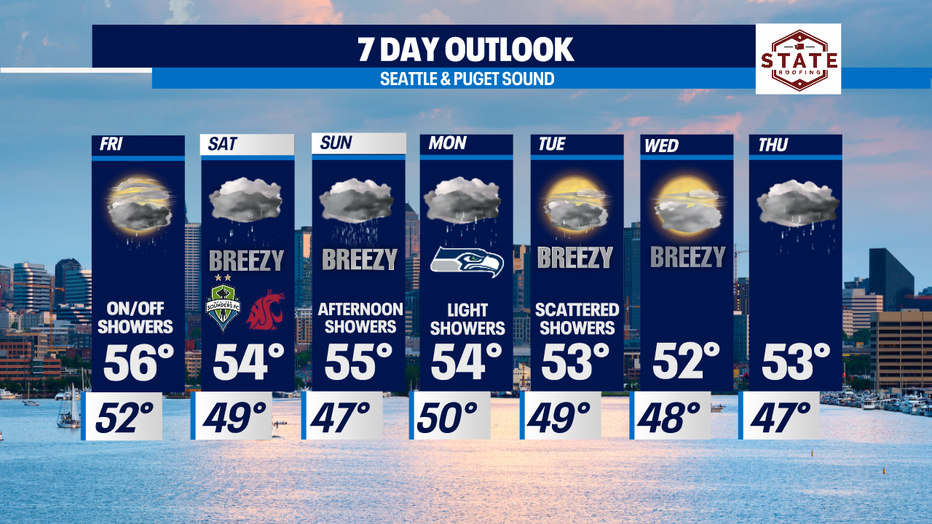 Snow levels will continue to drop in the Cascades too. 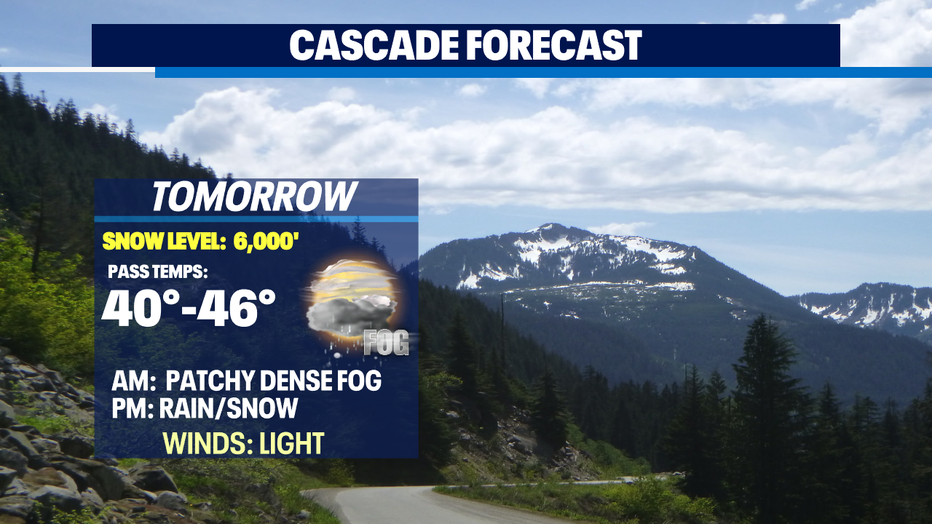 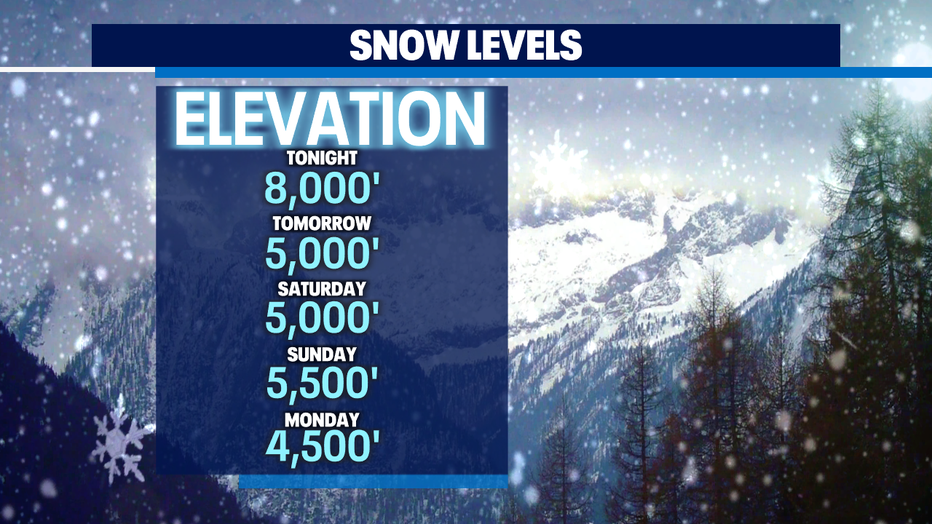