SEATTLE - Here's a look at your weather headlines through this weekend and next week. 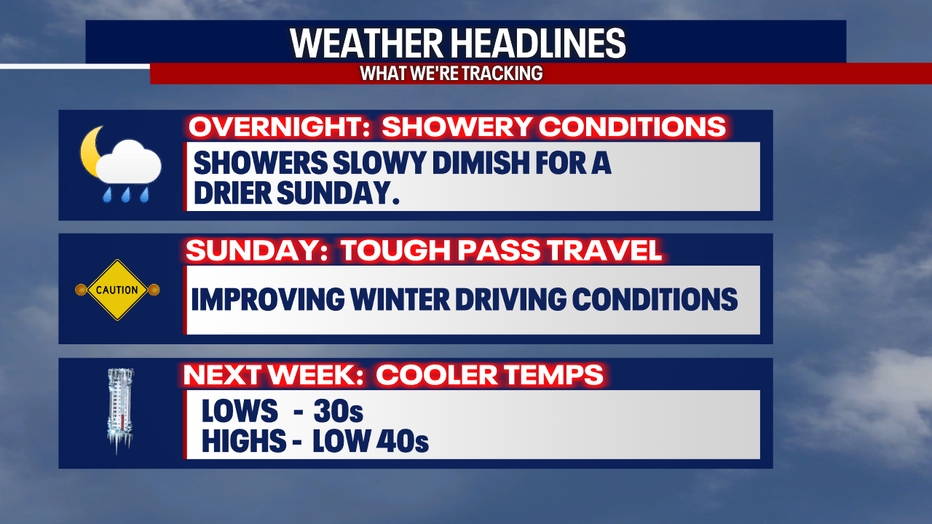 As showers start to taper off into the overnight hours lows will cool about five degrees to near 40 for the metro area. Places like Shelton and Forks will see lows drop even cooler into the mid 30s. 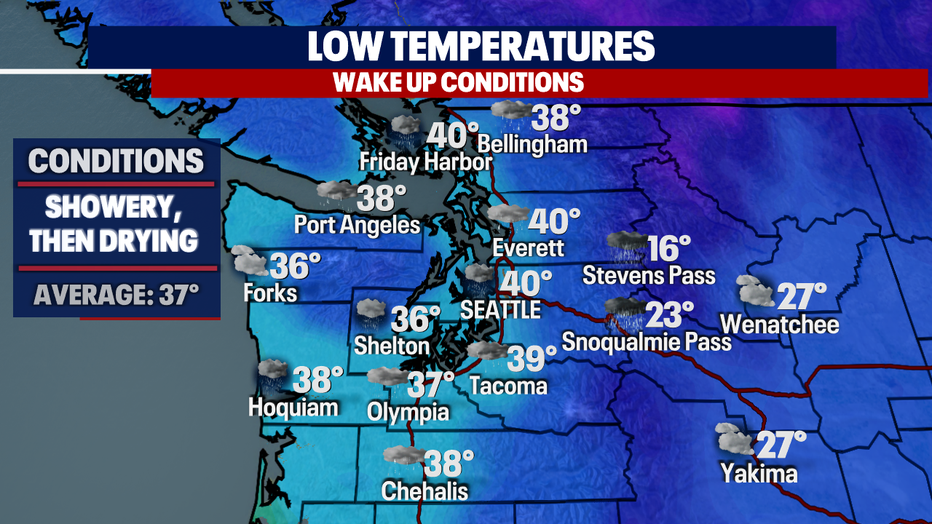 By 8am Sunday most shower activity is over. Look for afternoon skies to become mostly cloudy. The only area seeing showers early tomorrow is the Lower Columbia Basin. 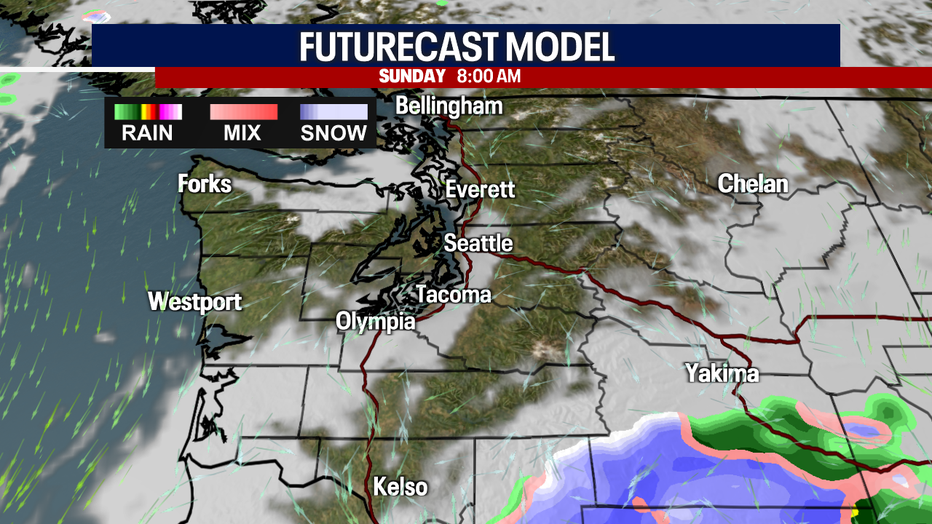 Most Seahawks fans probably excited about the pleasant game day conditions tomorrow. Kick off is set for 1:25pm from Lumen Field as the Hawks host the Carolina Panthers. Skies will remain mostly cloudy to cloudy with temps in the low to mid 40s.

You can catch the Hawks on FOX tomorrow if you can't make it to the stadium! 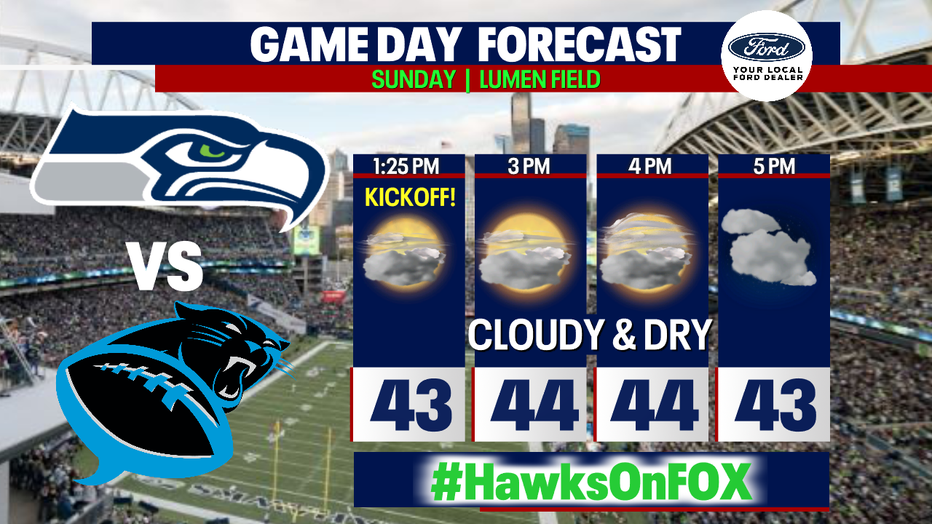 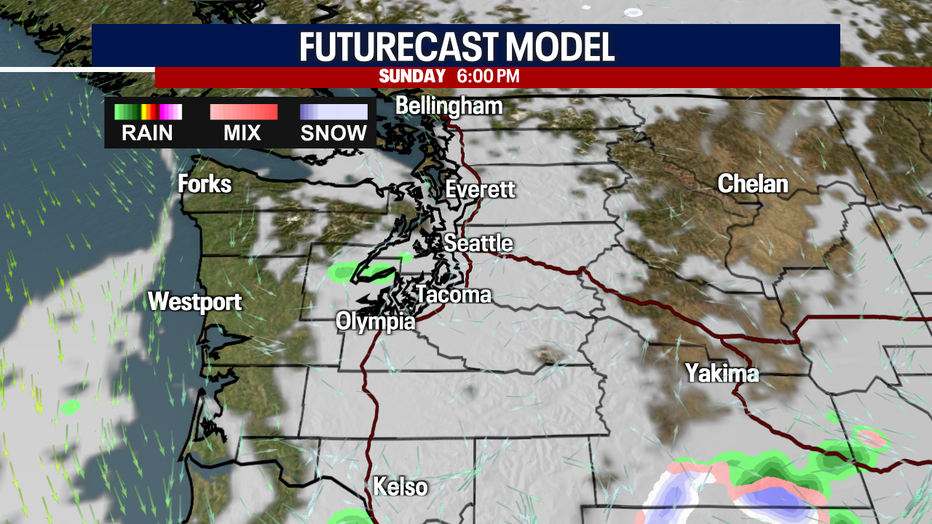 Highs land in the mid 40s inland with the coast warming close to 50. 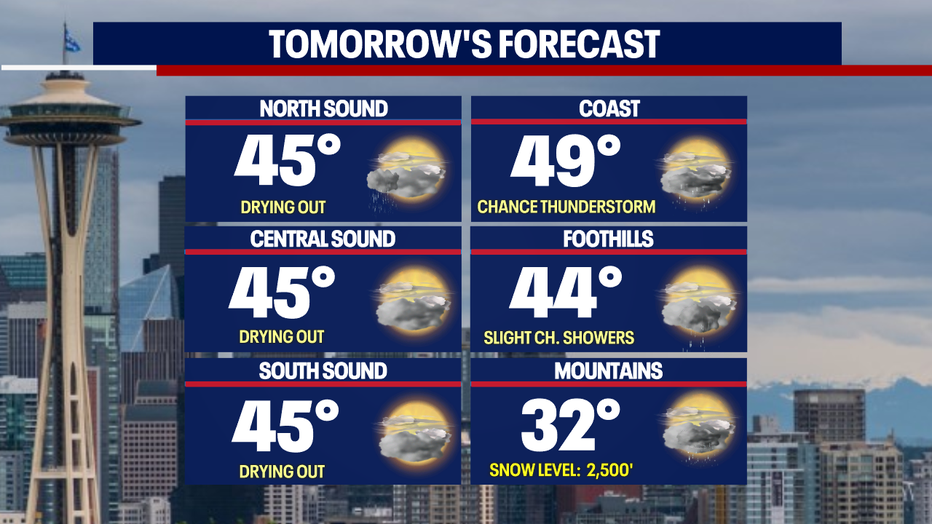 As an upper level ridge continues to build into the region Western WA will remain dry, but cool.

Monday is mostly cloudy with highs in the low 40s with rest of the week featuring plenty of sunshine. There is a catch for several dry days in a row…much colder temperatures! We expect lows to bottom out in the upper 20s some mornings with highs near 40. Enjoy! 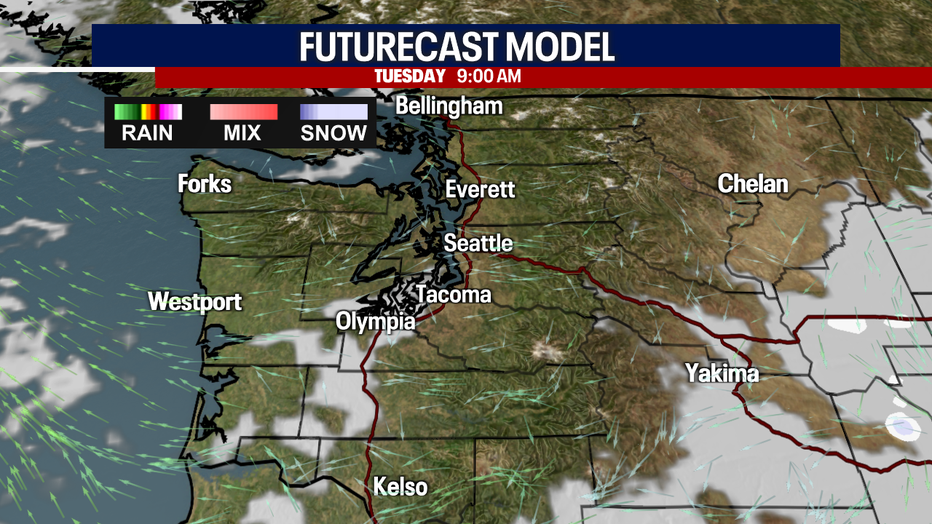 Here's a look at your 7-Day forecast! Have a great rest of the weekend all! ~Erin Mayovsky, FOX 13 Forecaster 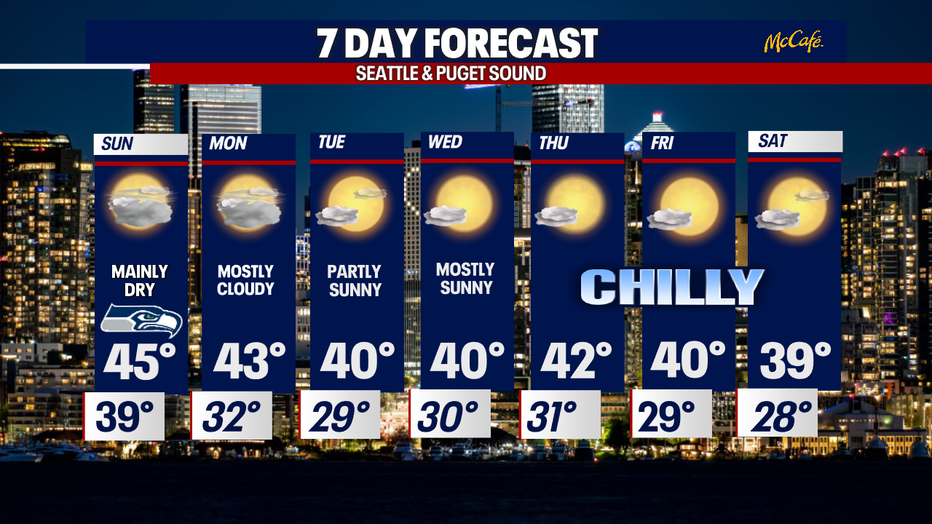