Cool and dry this week with mid-40s Tuesday evening

Clouds will start to come back through Western WA later this week, but mostly dry for Tuesday evening. Q13's Erin Mayovsky has your full forecast.

SEATTLE - High pressure sitting just offshore will help block out most systems that try to head our way.  There is a chance of few showers at the NW Coast, the Islands and near the Canadian border overnight through Wednesday mid-day.  This all thanks to a little disturbance over Southern B.C. that might just sag far enough below the border to drop some precip on us. Other than that, Wednesday should see mostly to partly cloudy skies with highs slightly above average near 59. 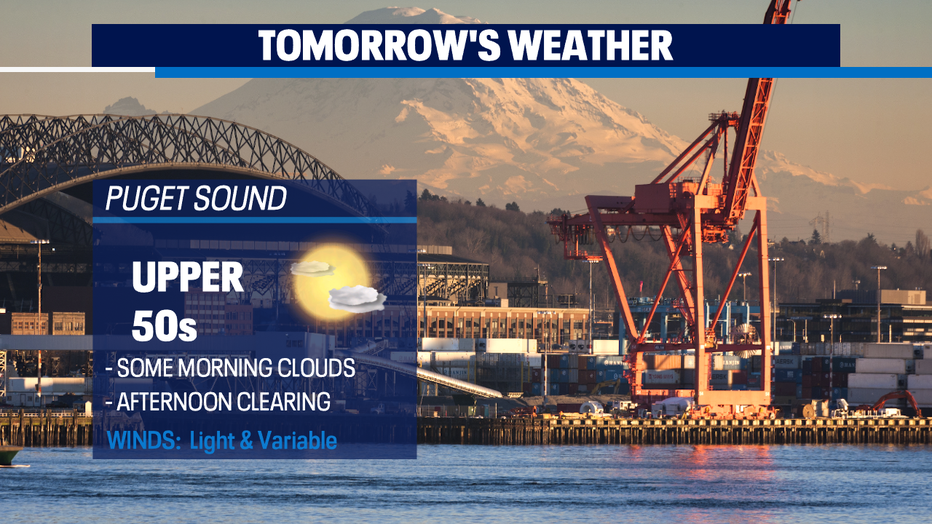 Thursday looks very similar to Wednesday with dry conditions, partly cloudy skies, and temperatures pushing 60 degrees.  Normal for this time of year is 56.  Thursday will likely be the warmest day of the week!  Overnights slip into the mid-40s.

Here's a look at how our temperatures will trend this week. By Halloween our seasonal average drops to 55 and we're forecasting mid to upper 50s, so we might just be above the norm on that spooky day! 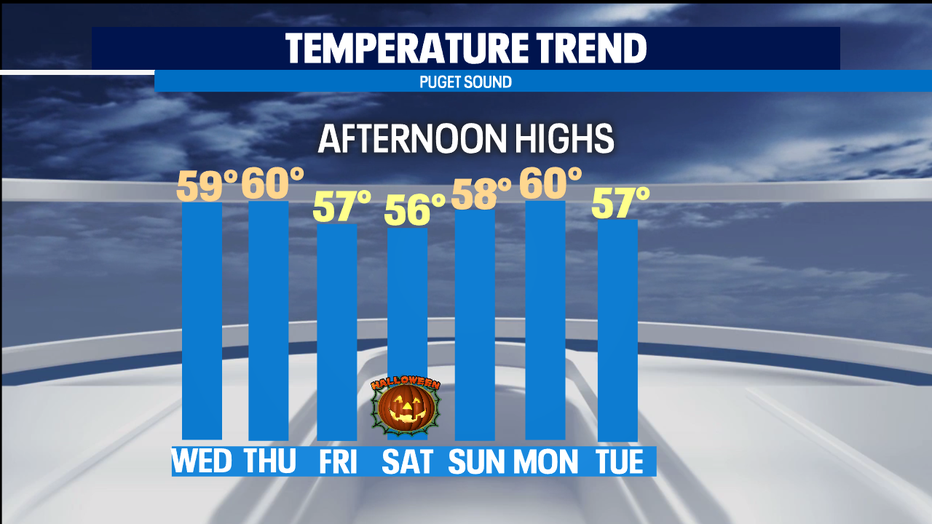 By late Thursday into Friday we'll start to increase cloud cover as the next cold front pushes inland.  Light showers will develop overnight with breezy winds.  This will not be a washout by any means, but showers will be widespread through at least mid-day.  Highs will fall a few degrees into the mid to upper 50s.

Now to your Halloween Forecast!  High pressure quickly builds back in over the area giving way to a nice evening.  Highs in land in the upper 50s.  If you're planning on being outdoors to do some socially distant trick-or-treating temps will cool to the upper 40s to near 50. 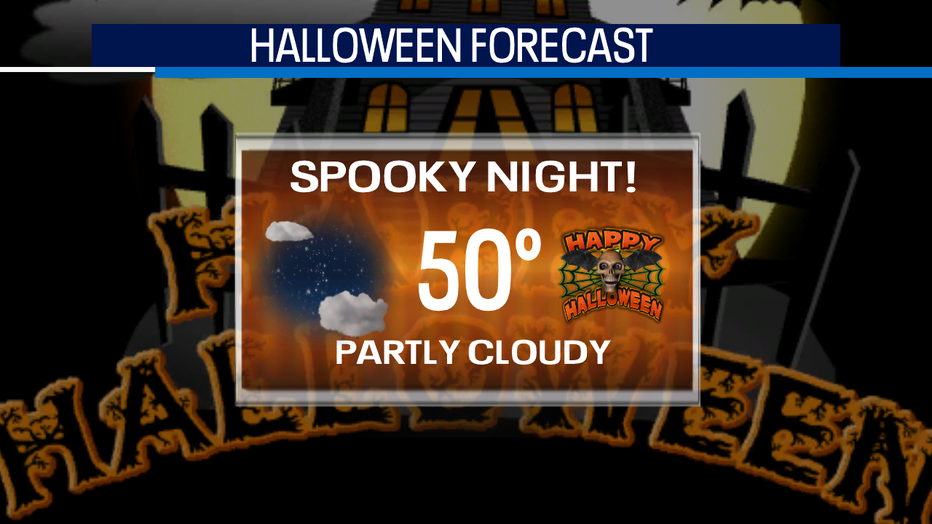 The rest of the weekend into the start of the week looks nice too. Sunday and Monday features mostly sunny days so might be good to give that grass another mow!   Highs land in the mid to upper 50 with overnights slightly cooler in the low 40s.

Our next chance for showers comes late Monday night into Tuesday.  This system will drop in form the NW dropping showers for most with temperatures just above normal, in the upper 50s. 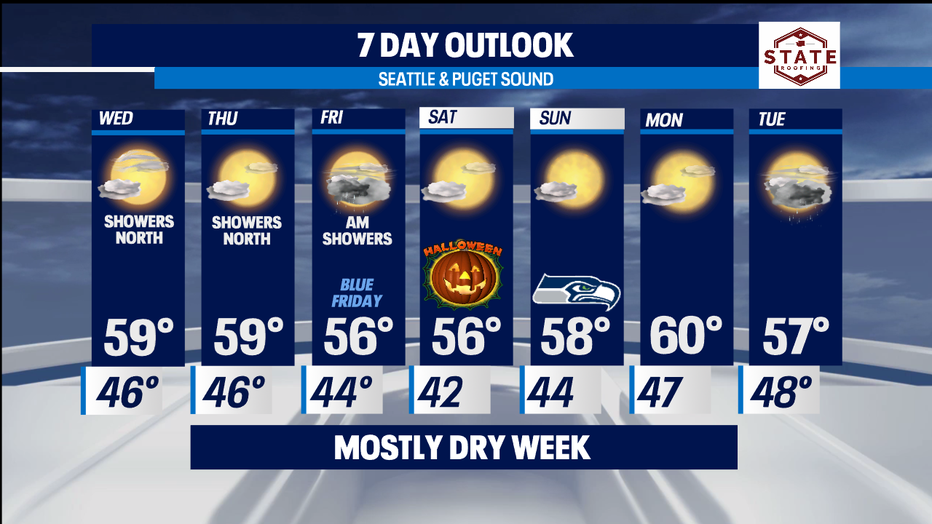