Warmer temperatures on the way

Q13 Meteorologist Grace Lim says the start of March will bring temperatures in the mid 50s.

SEATTLE - Morning sunshine will give way to increasing clouds this afternoon as a weak system approaches the coast. This will bring light rain on the coast this evening and light rain in Puget Sound tonight. Not expecting convective activity with this, so hail and thunder won't be threats like last night.

A few showers are possible Sunday as well, but it won't be widespread. Keep all your plans! 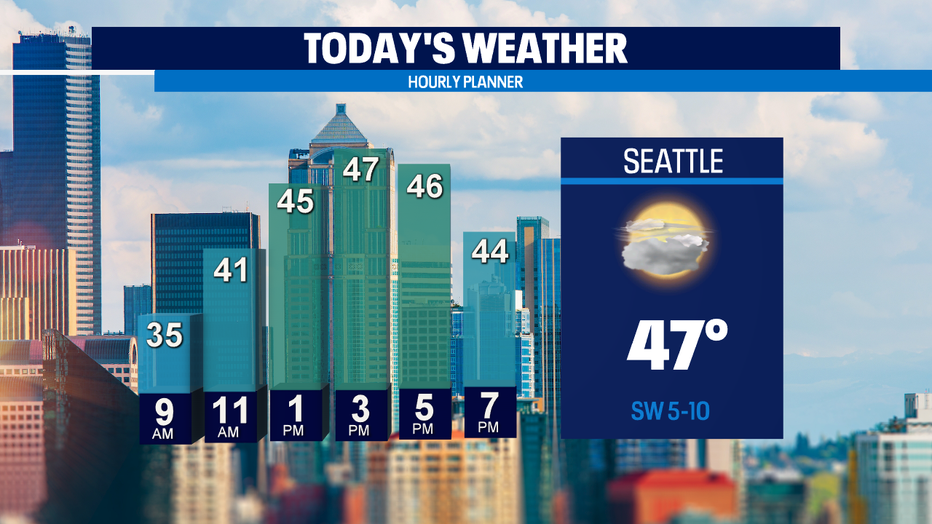 The mountains will get another round of snow tonight through tomorrow. Snow levels will remain below pass level (2,500'-3,000') this weekend. Passes could pick up 1-3" of new snow through Sunday night. 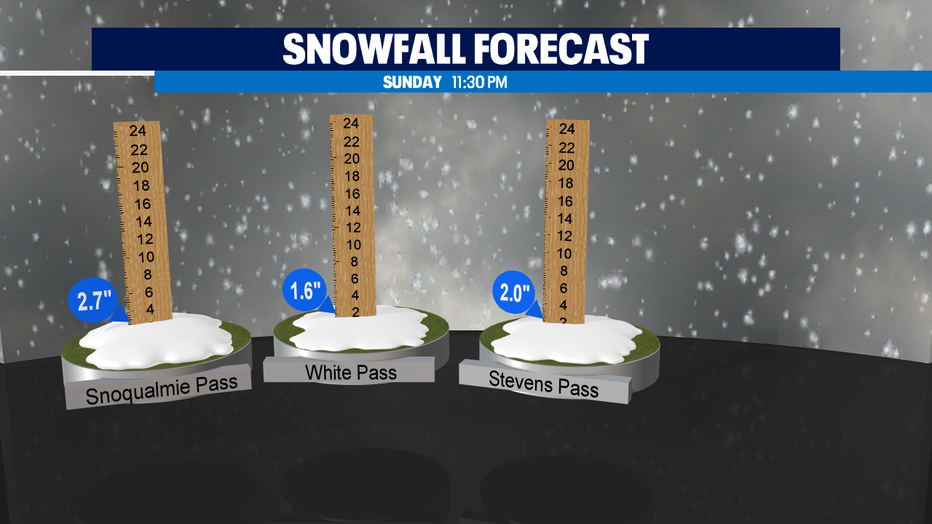 Pollen count is moderate today for tree pollen. The predominant pollen are cedar and juniper. 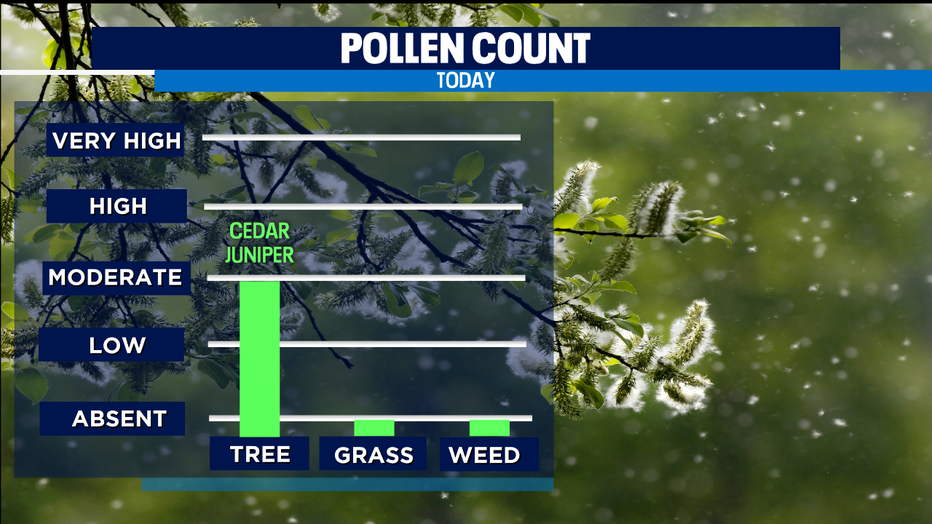 Next week we kick off the month of March! A series of disturbances will bring rain each day but none of it looks to be too impactful. Rain activity looks light and scattered in nature. Temperatures will be warming up too, especially by the end of the week with highs in the mid-50s! 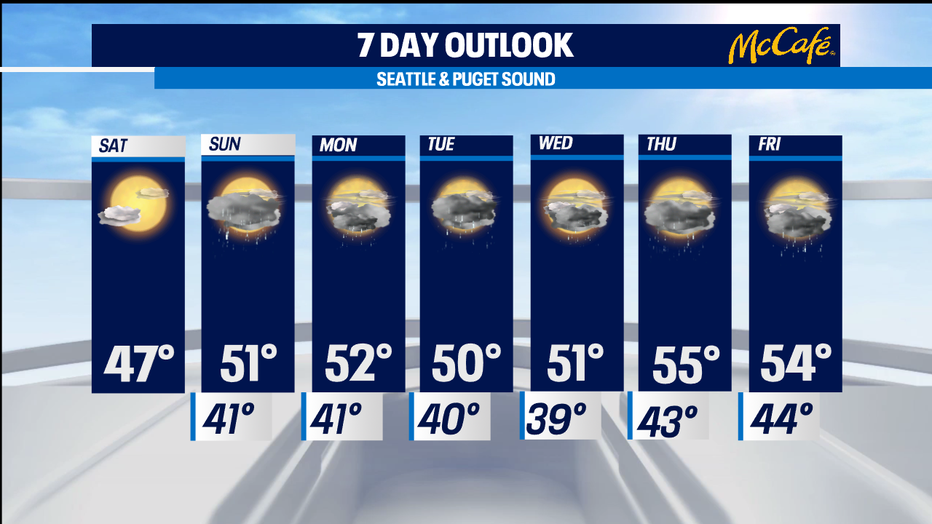