SEATTLE - Light rain moves into the region tonight and will last through tomorrow late morning.  We'll see mostly cloudy to partly cloudy skies with highs landing in the low 50s by the afternoon, just in time for the Seahawks and Giants to kick off from Lumen Field at 1:05pm.  Catch all the action on Q13 Fox!

We're also keeping an eye on winds for the NW WA Coast, through the Strait, Islands along with the North Sound. Winds will get gusty out of the SSE Sunday afternoon through Monday, even into Tuesday. 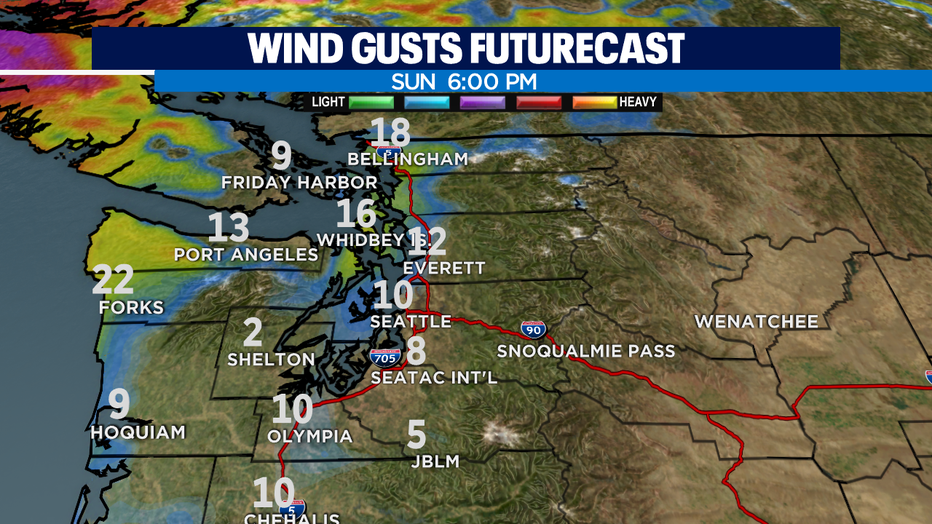 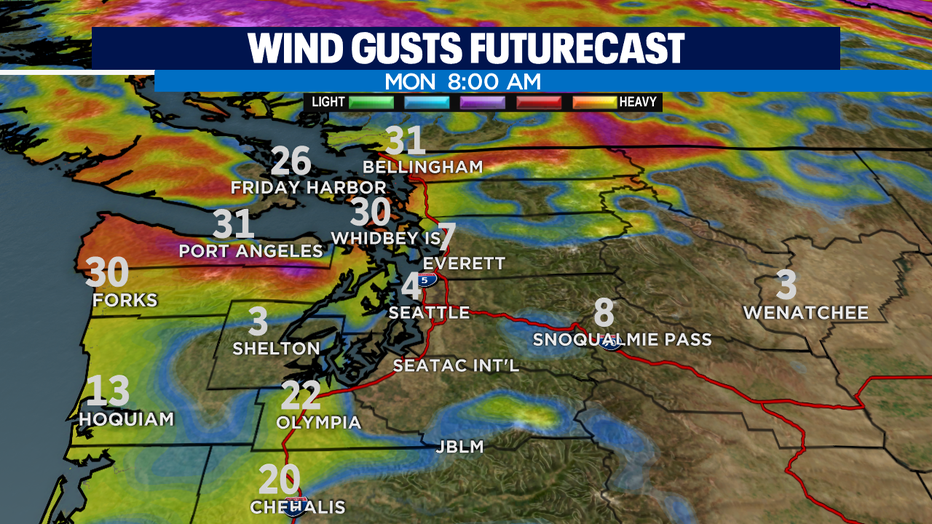 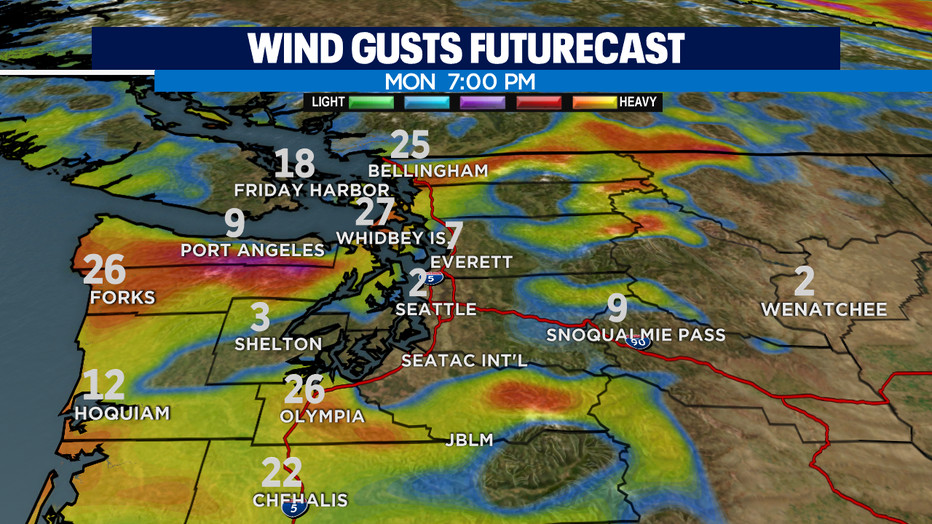 Monday looks mostly cloudy and dry for Seattle south.  Rain pushes inland just after lunch for the coast, the Islands and North Sound.  Highs in the upper 40s to low 50s.

By early Tuesday rain starts to drop into the metro area and further south, but clears out by midday. Highs remain well above our average, 46 for time of year, warming into the mid 50s.  Later that night showers will pop up spreading light rain.

Thursday look for mostly cloudy skies with showers right out of the gate. Rain will decrease through the evening with just scattered showers for Friday.  Highs cool into the upper 40s. 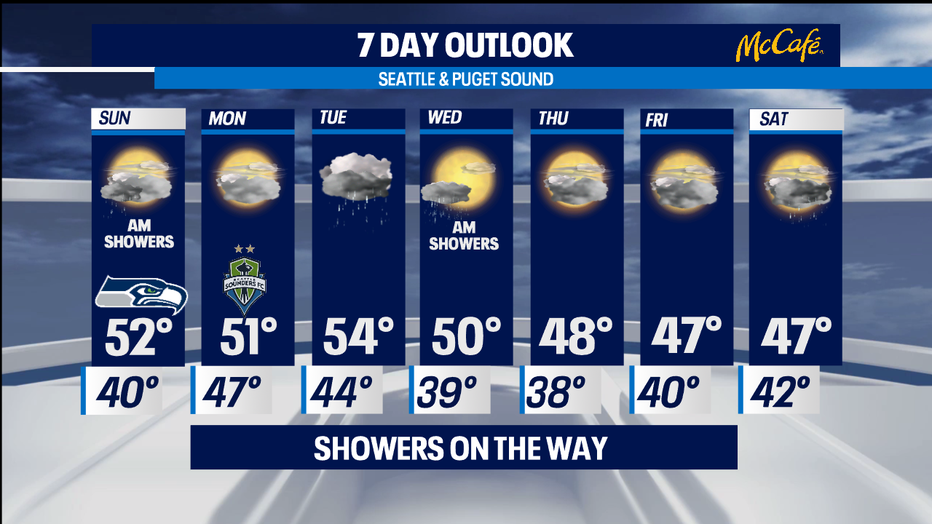 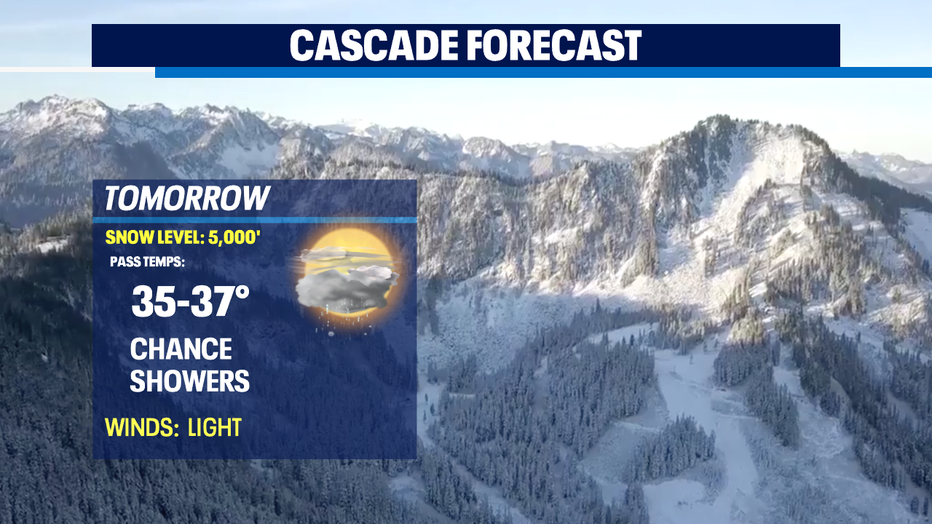 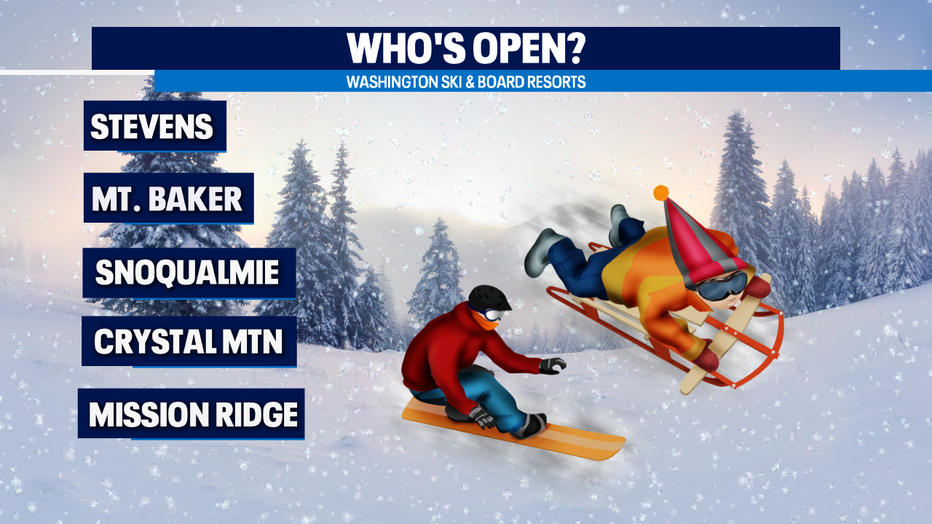