Temperatures in 70s for most of the week

Wednesday and Thursday temperatures to peak in high 70s and then cool down to low 70s for the remainder of the week with chances of showers.

Seattle - Highs today ranging from the low to upper 60s at the coast to the low to upper 70s inland.  Eastern WA still heating up into the triple digits in the lower Columbia Basin where fire danger is still a threat. 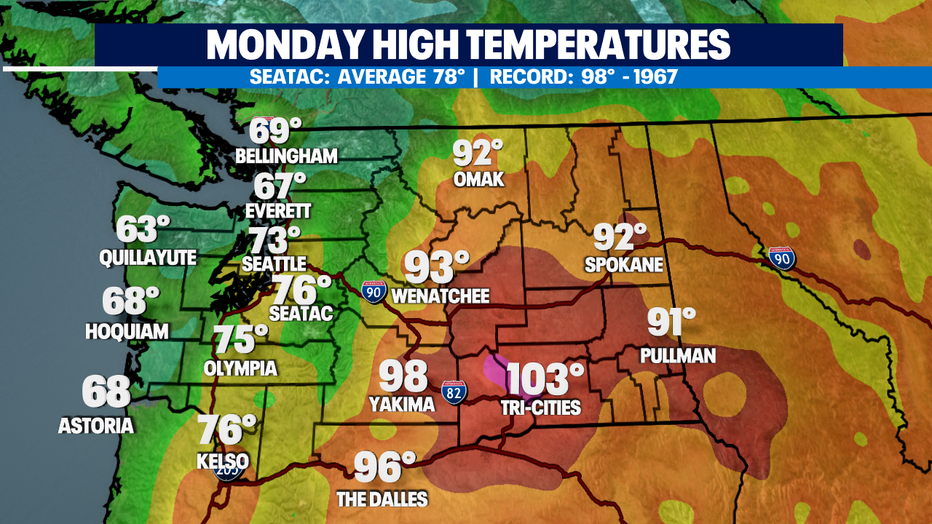 Overnight look for very comfortable sleeping conditions as temperatures hang slightly cooler than average.  We expect a few light showers though, mainly over the coast, the North Sound and the mountains. 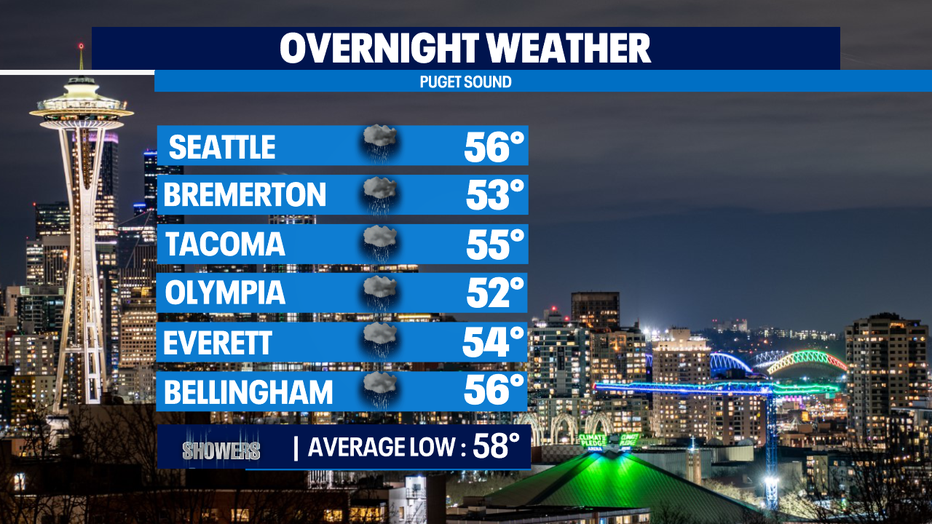 Tuesday starts out cloudy and cool with a few showers during the morning commute as our weak front continues to push through and exit the area.  By mid-day skies will start to clear some with highs landing only in the low 70s.   Average for this time of year is now 78.

High pressure is organizing in the Pacific now and will set us up for a warmer and dry trend by the middle of the week.  There is a chance by Thursday as winds shift to a northwesterly flow, we may see a little haze from wildfire smoke dropping down out of British Columbia.   Most of the smoke will remain well above in the upper atmosphere so air quality will not degrade too much past good to moderate levels. 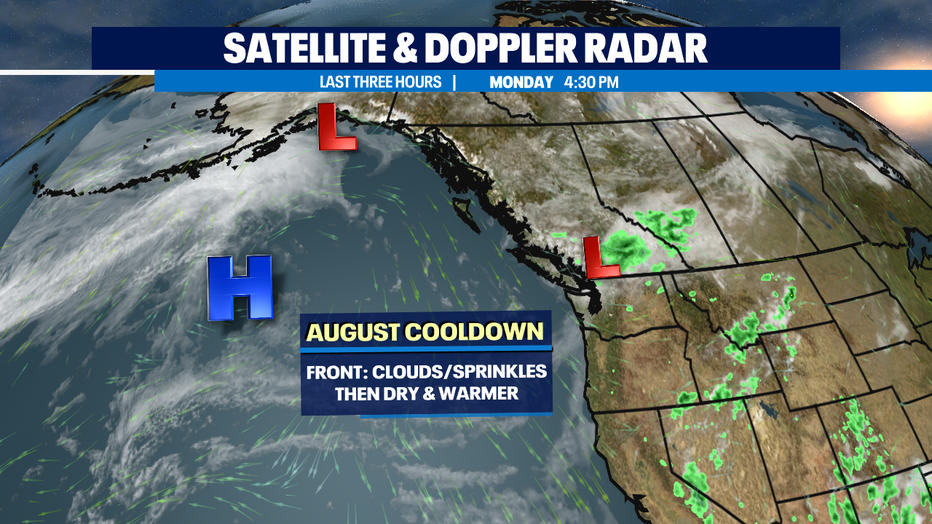 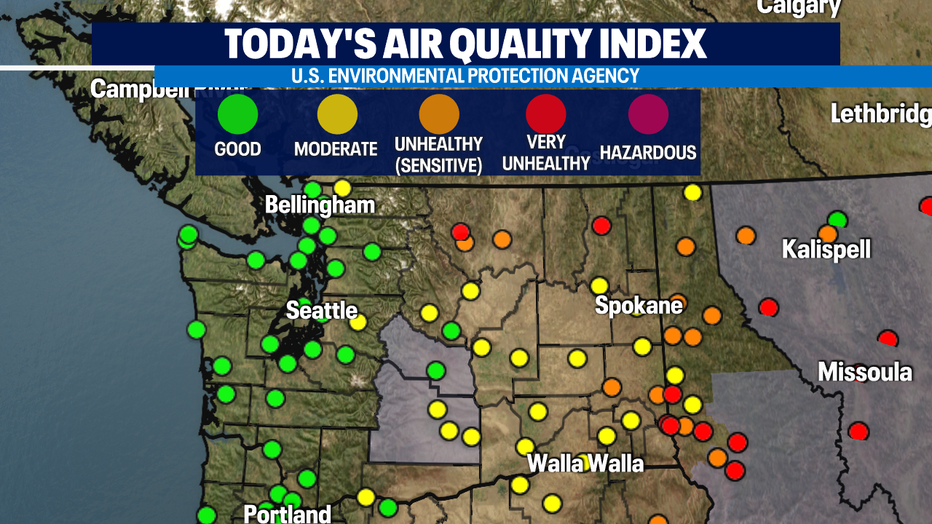 Here's a look at shower chances for early Tuesday morning.  By late morning into lunch time showers will taper off leaving us with partly sunny skies. 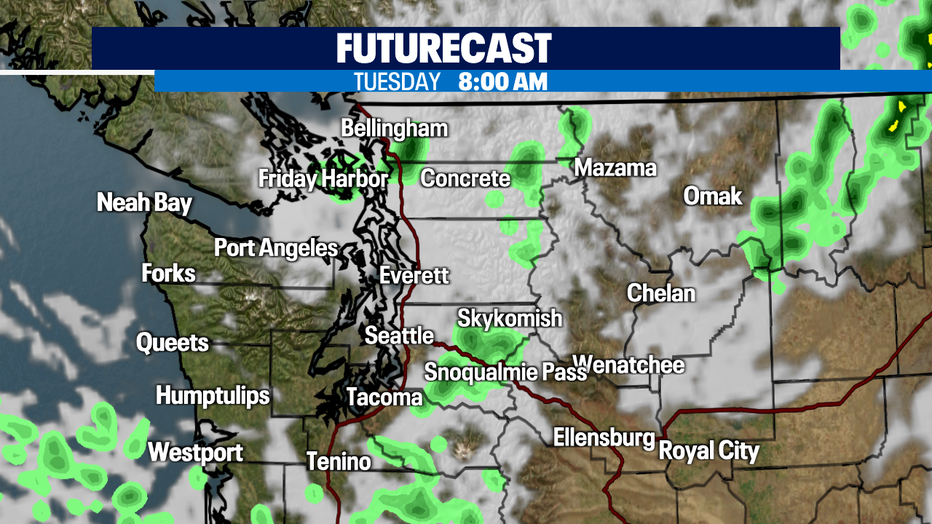 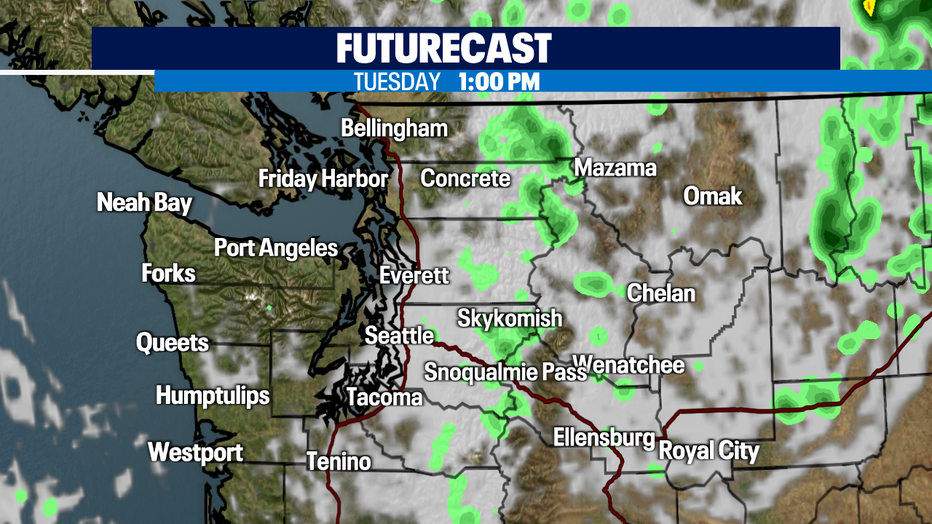 We should see mostly dry days for the weekend with just a slight chance for a few more sprinkles at times Friday along with late Sunday into early Monday morning. Otherwise, highs will run just a touch cooler than normal through the start of next week!  Enjoy!

Have a great week all!  ~Erin Mayovsky, Q13 Forecaster 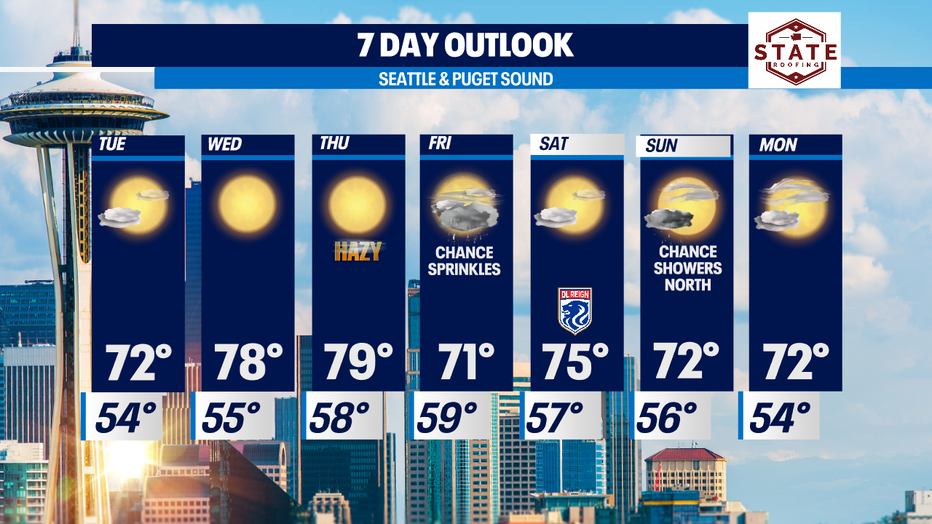 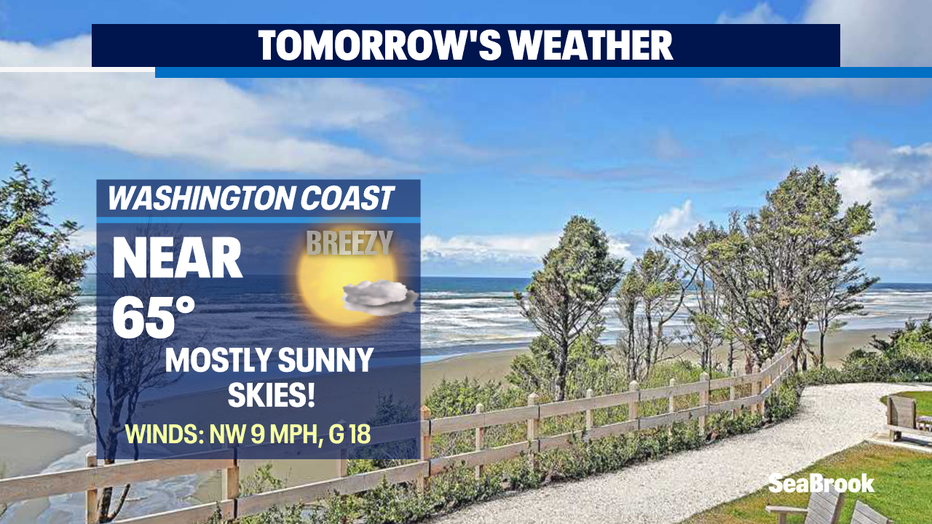 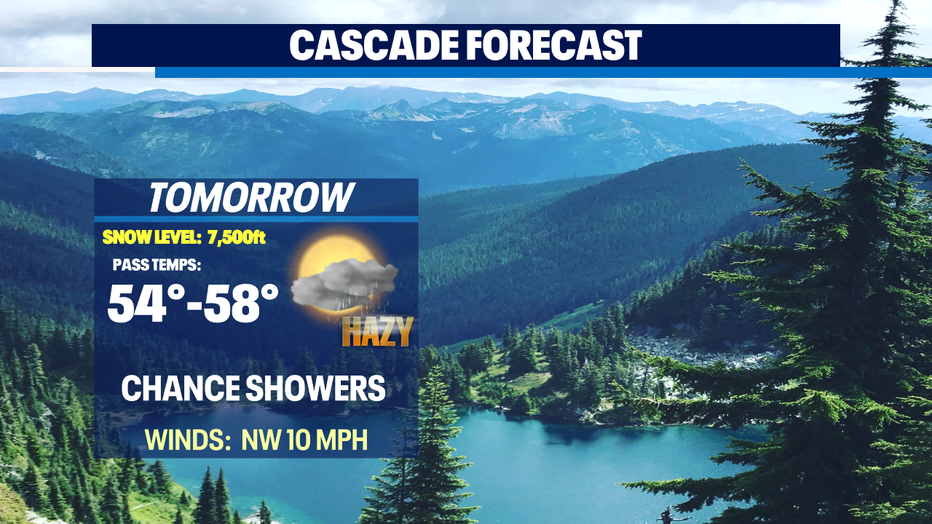 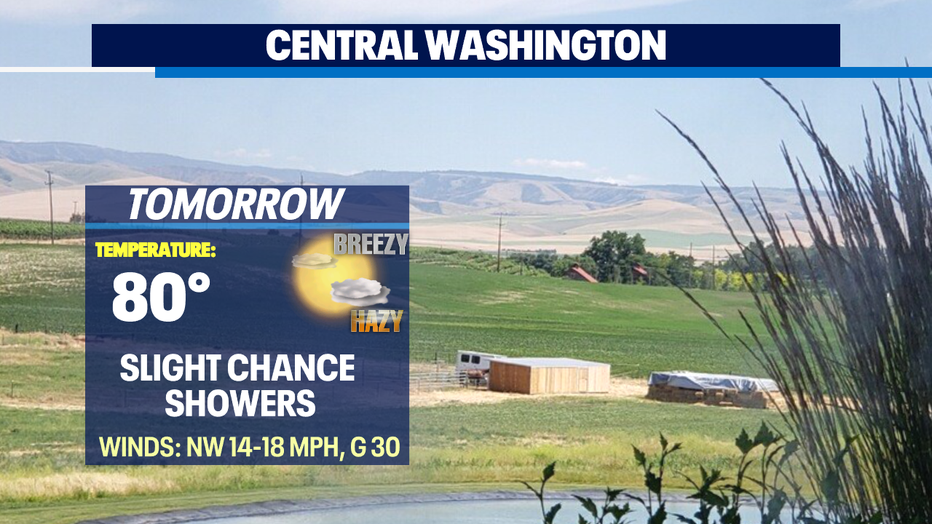 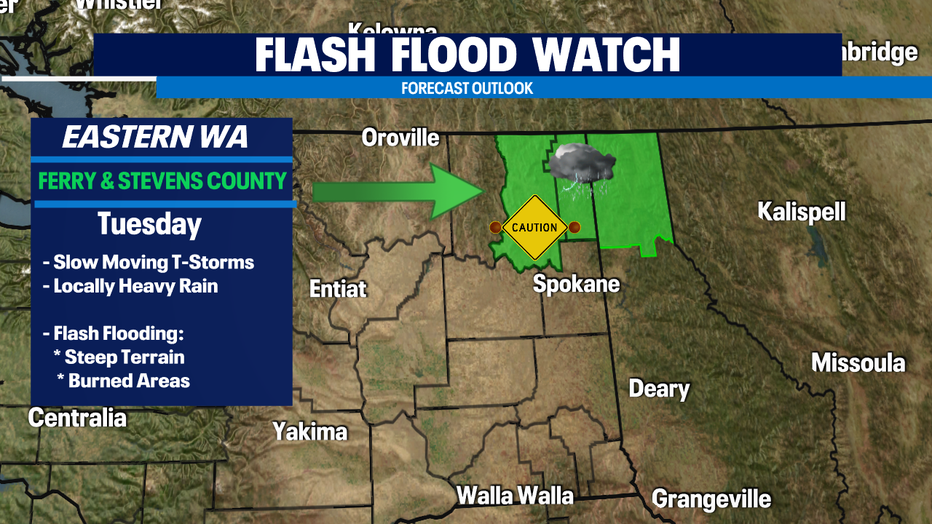