Seattle - After a sloppy start to the day with lowland rain and mountain snow forcing some pass closures we rebounded nicely with a dry afternoon.  The passes will be a bit tricky to drive through into the overnight hours with temperatures below freezing.  Look out for compact snow and ice on US 2 Stevens Pass where traction tires are advised.  Snoqualmie pass there are no restrictions, but we expect slick roads as temperatures drop. 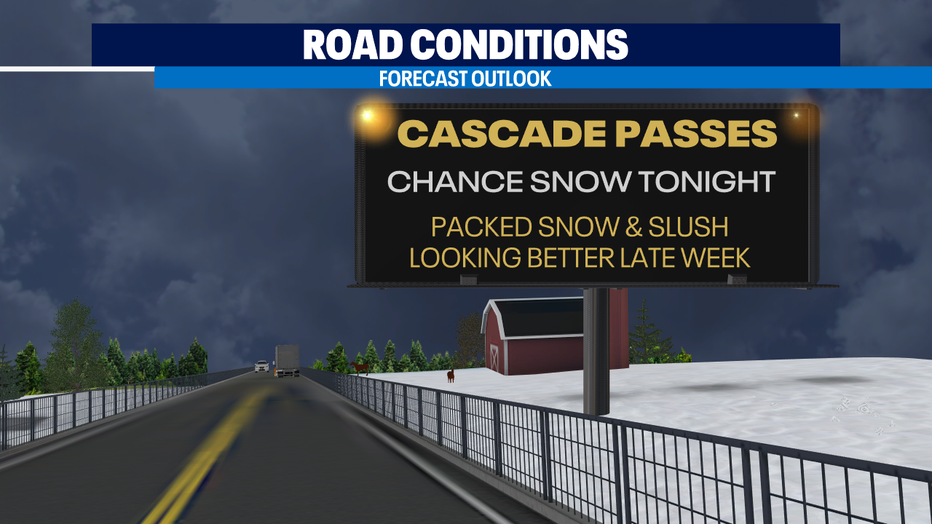 Are you ready for the holidays?   Only two days until Thanksgiving with Christmas and the New Year right around the corner!  Welcome 2022! 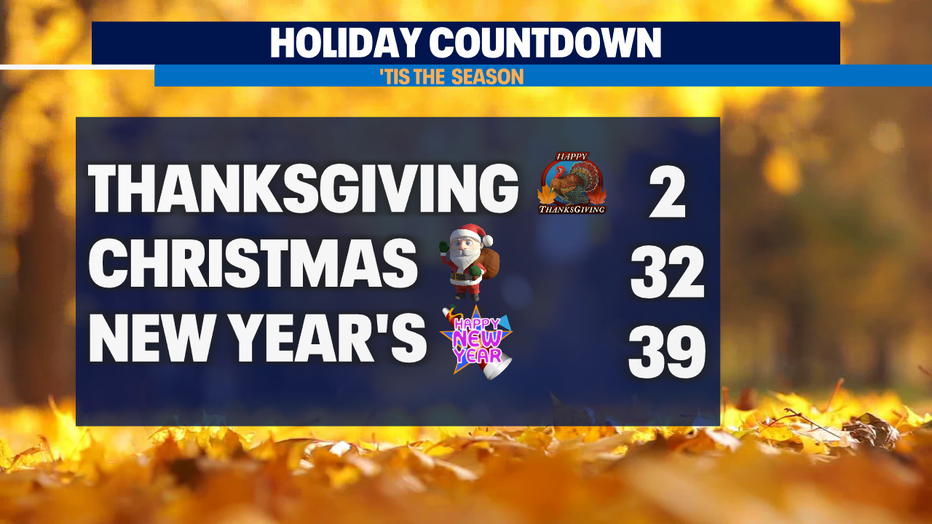 Overnight temperatures for the metro area land near average (39) with cooler pockets through the South.  Places like Olympia dip into the mid 30s.  Expect a frosty start for most! 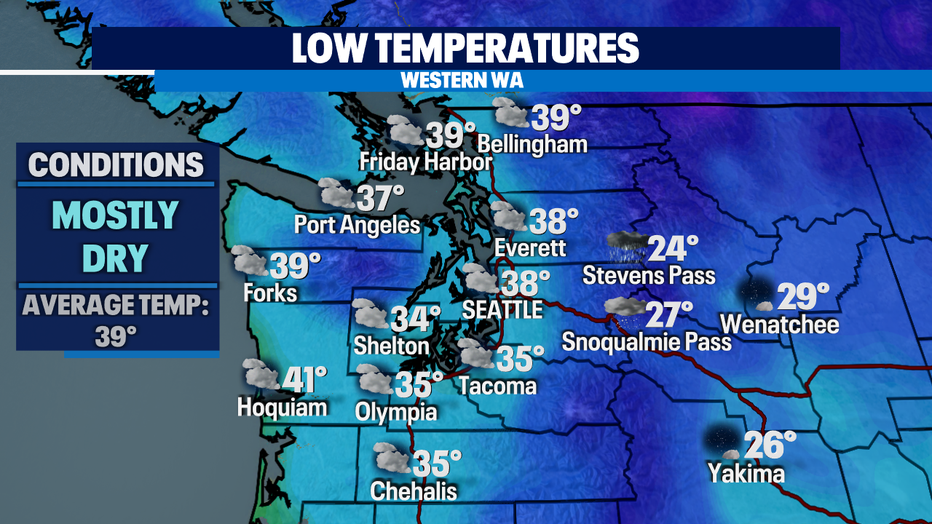 We're forecasting wet and mild conditions through the weekend with several atmospheric rivers lined up to impact the Northwest.  This may force some of our area rivers to start to rise and cause minor flooding. 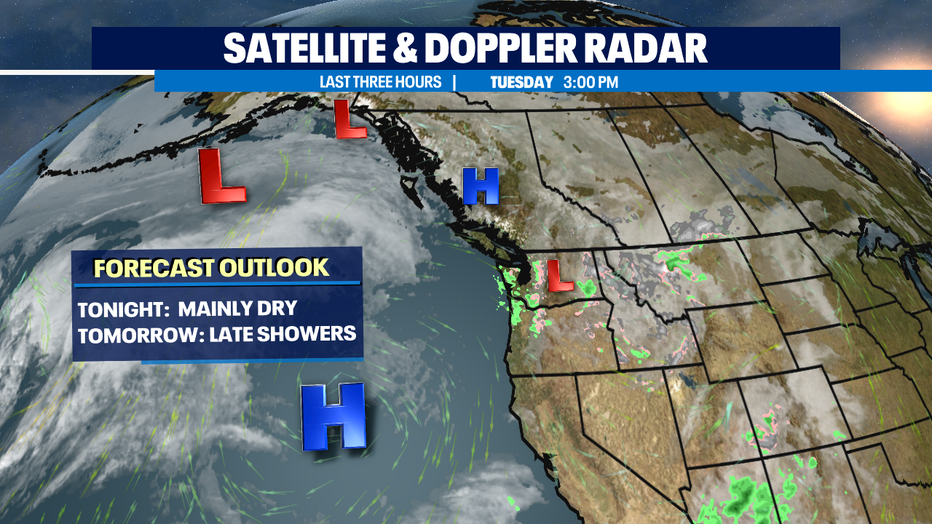 Our first weather maker will march in late Wednesday night into early Thursday with the heaviest showers north over the Canadian border.  Showers will increase as we move through Thursday with the NW WA Coast and North Sound into the Cascades seeing the bulk of the rain. 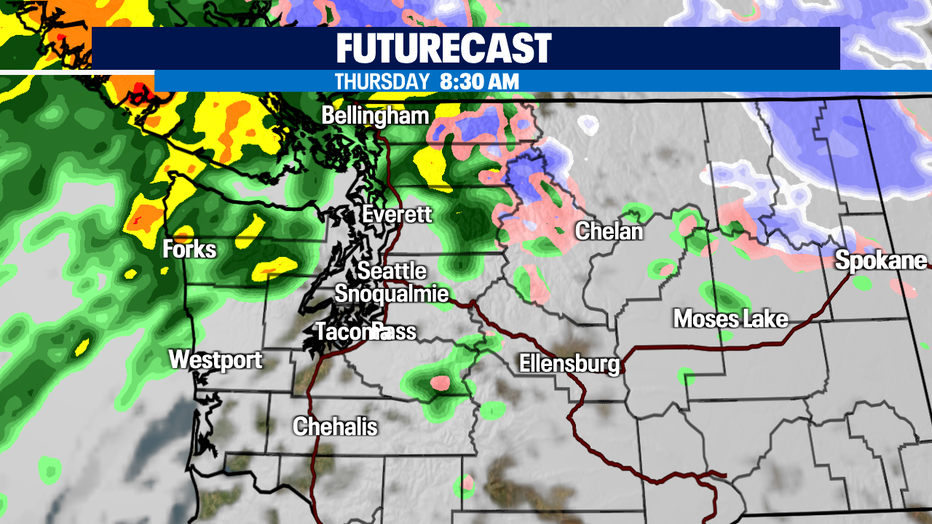 By mid-day Thursday, rain and wind will pick up and become more widespread.  Winds kick up the most along the coast and through the Islands with gusts up to 45mph for spots, like Whidbey Island. 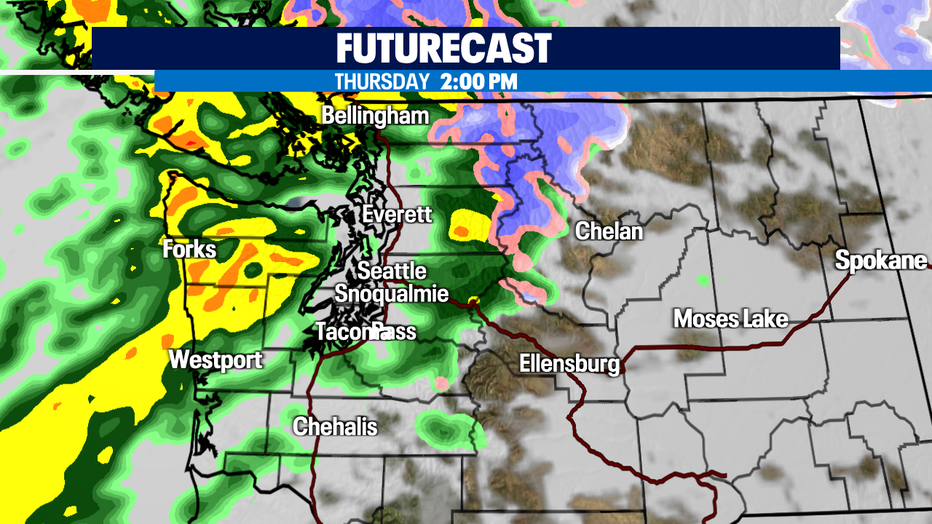 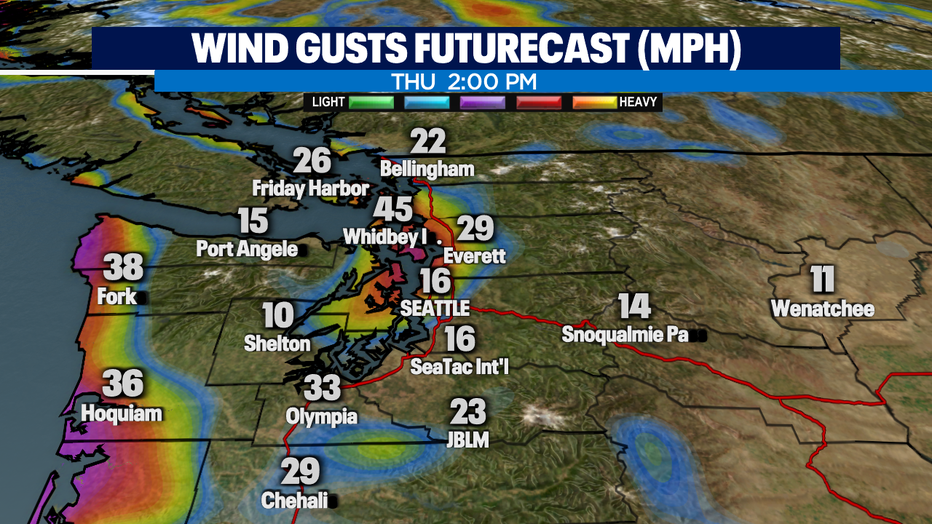 Most showers will diminish into Friday and that's just in time for the huge rivalry game between the Huskies and Cougars!  Kick off for Apple Cup is set for 5pm at Husky Stadium.  Look for mainly dry conditions with a breezy wind out of the south at 12mph.  #GoHuskies 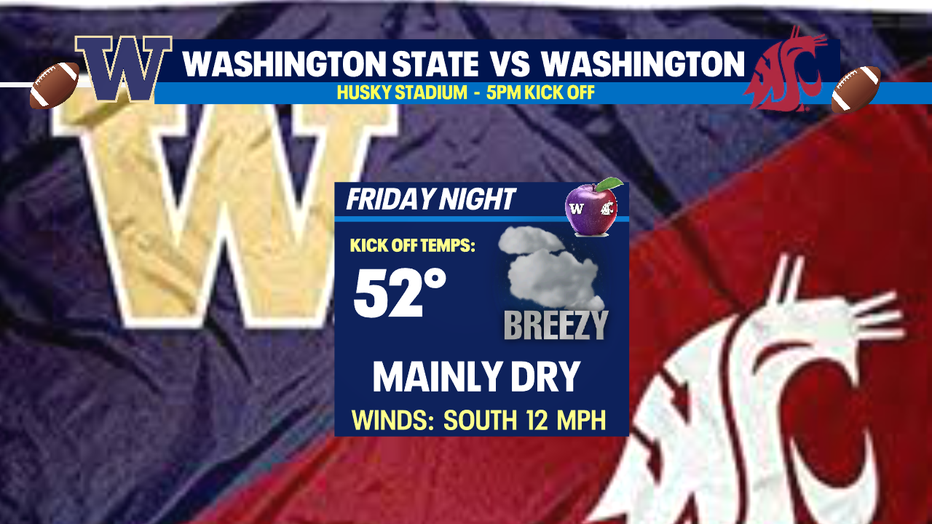 The next system arrives Saturday into Saturday night.  Expect heavy rain at times, especially for folks in the North Sound stretching into the Cascades.  Seattle south will see lighter showers with highs in the low 50s with breezy south winds.

Most of Sunday is dry.  Showers drop in from the NW into the coast and near the border but won't fall too far south so most everyone else in the region remains dry under cloudy skies.

Our third rain maker arrives early Monday and becomes widespread across the region before drying out just after dinner time.  High remain in the low 50s.

With so much rain falling this stress area rivers again and possibly put some into the "Action" and "Minor" flooding stages.  Stay tuned! 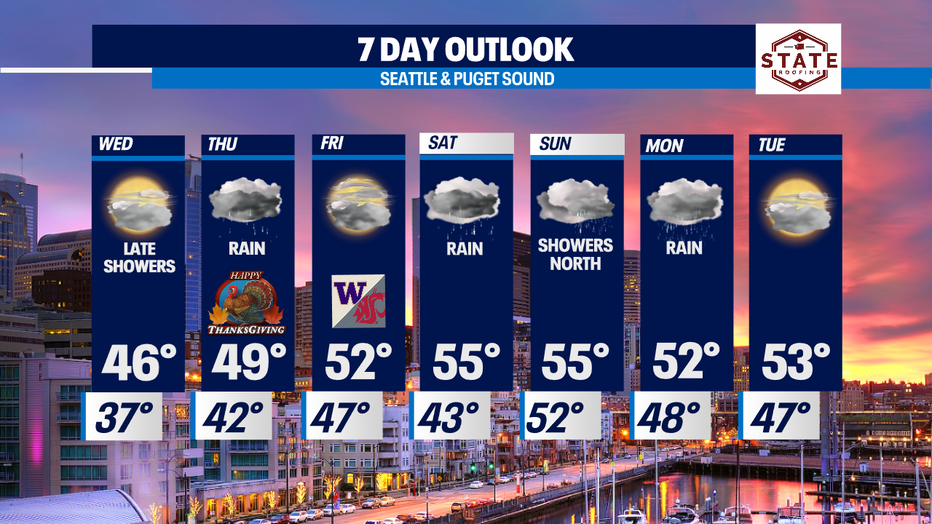 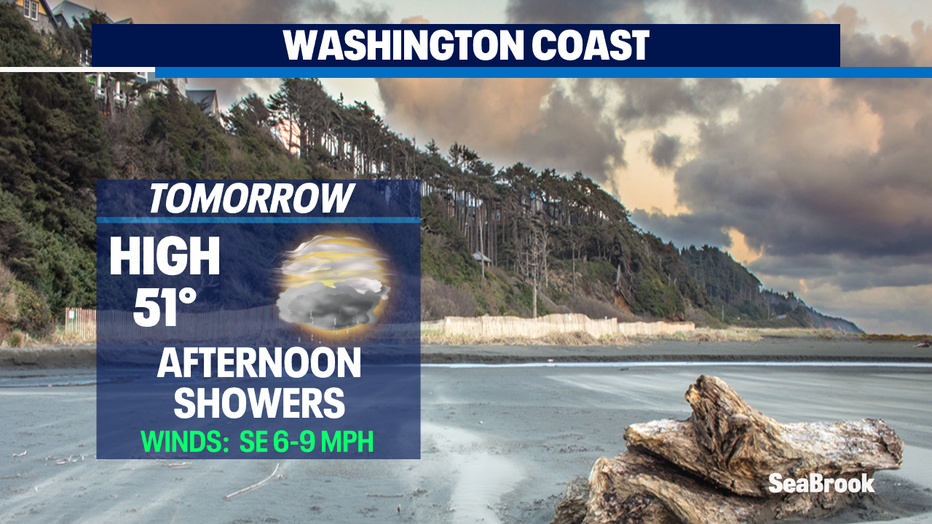 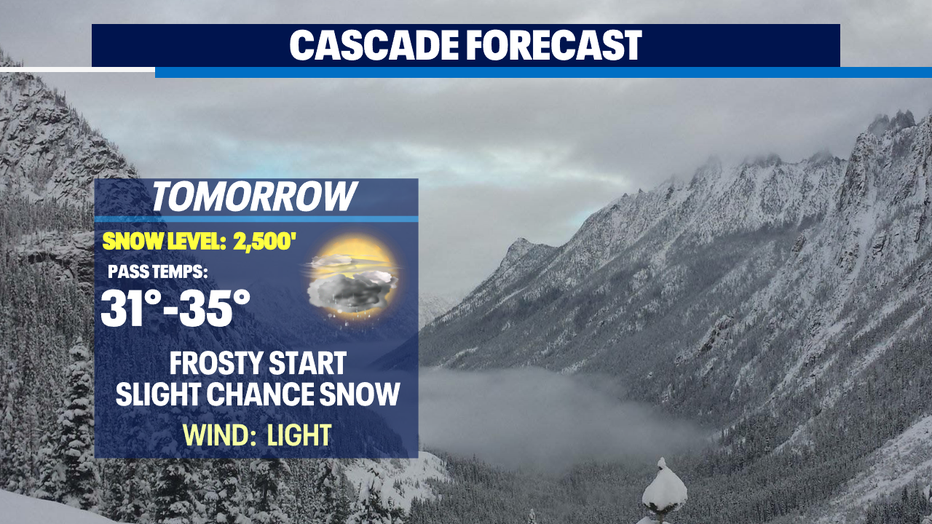 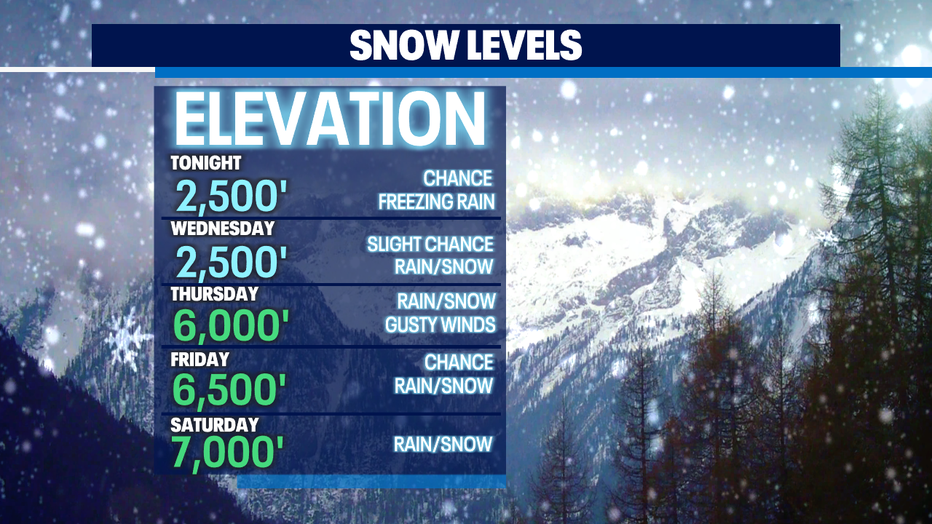 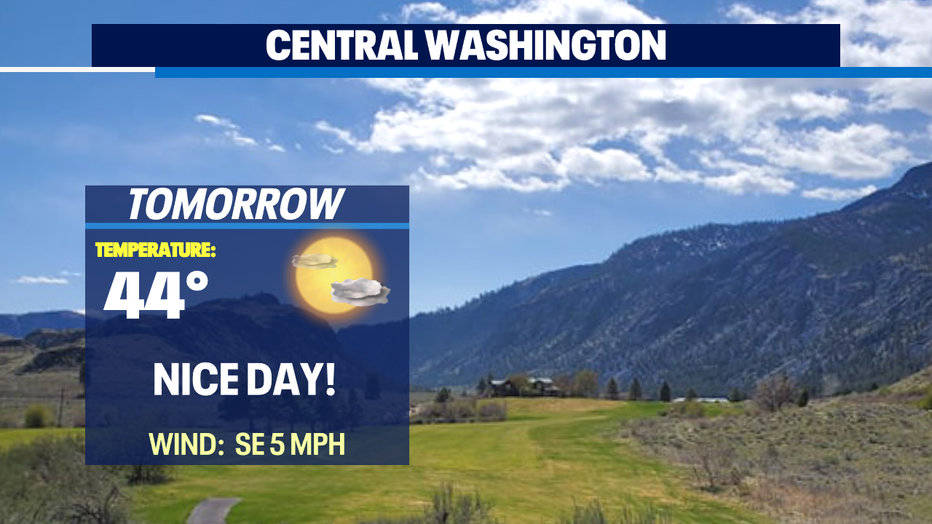