Seattle - Western WA enjoyed another day of clean air!  Highs ran cool on this showery Saturday.  Temperatures only warmed into the low to mid 50s around Puget Sound.

The good news is we saw a decent amount of rain throughout the day.  We are now back to above average for our yearly rain totals.  The month of October now has almost three quarters of an inch at SeaTac with more on the way! 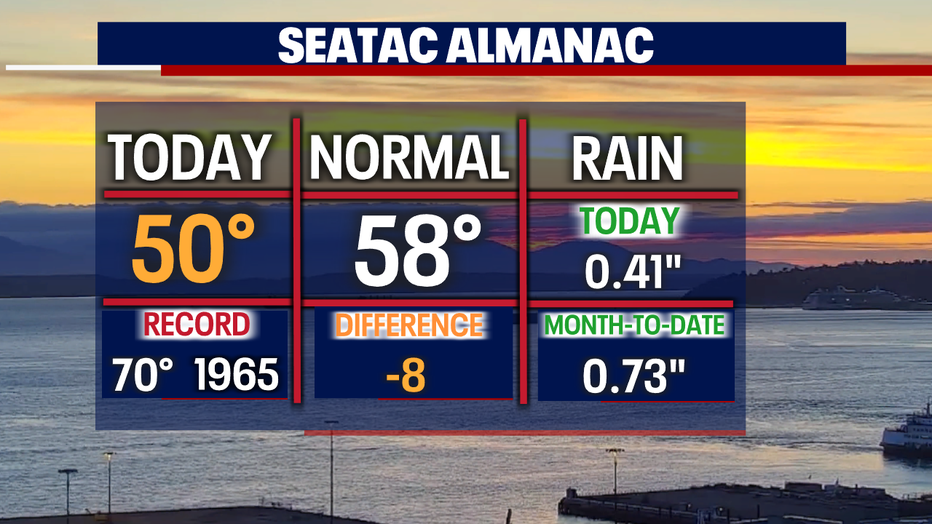 Overnight will feel a bit chilly as temperatures bottom out in the mid to upper 30s for many around the region.  Seattle stays slightly warmer landing near 43. 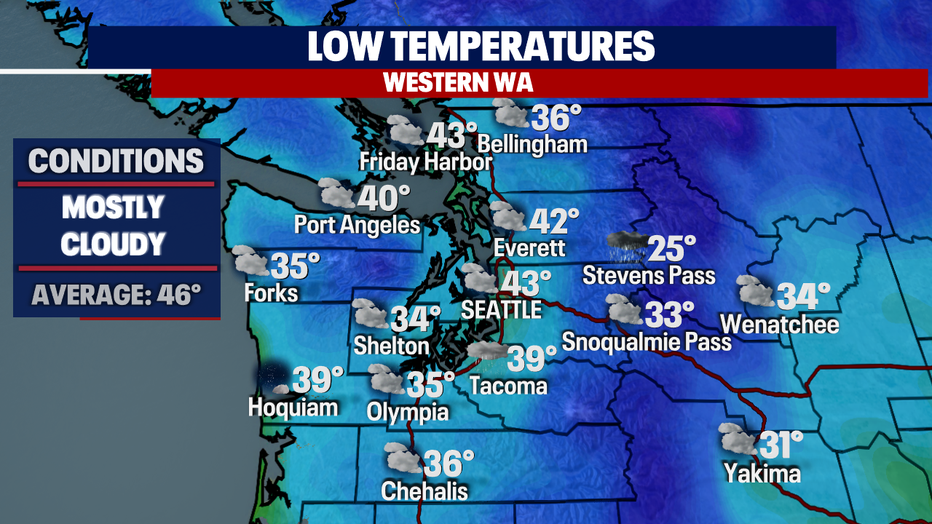 The door remains open for our rainy season to continue, but that's not to say we won't see dry days in between like tomorrow.

Sunday is mainly dry under partly to mostly cloudy skies with highs bumping up a few degrees into the mid 50s. 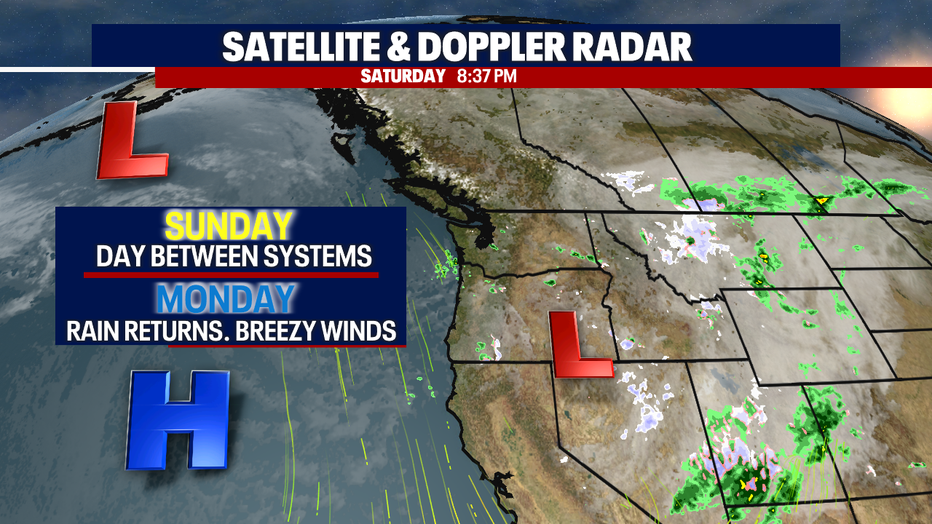 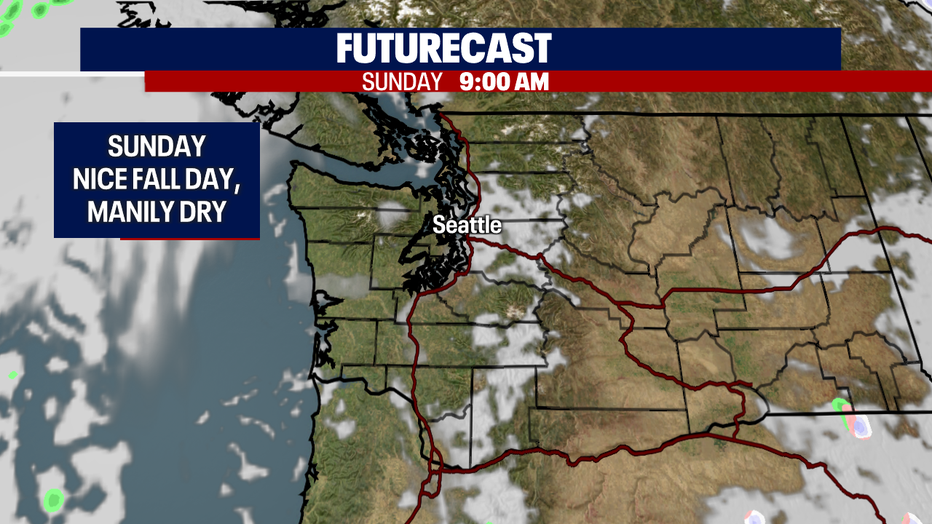 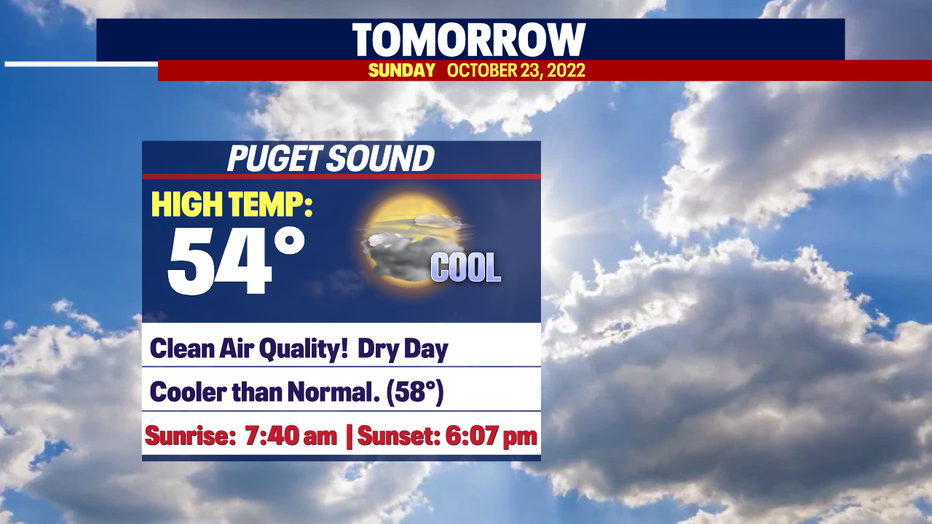 Good luck to OL Reign who's hosting the Current from KC in the semifinals at Lumen Field.  Kick off is set for 4:30pm with perfect pitch conditions for a home win! #GoOLReign 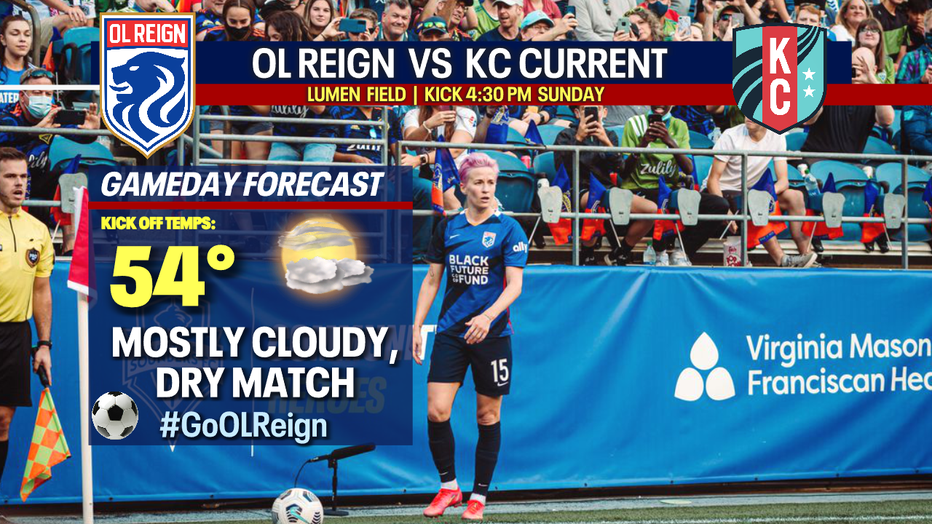 Don't get used to the dry day though… late Sunday night the next front arrives pushing rain and windy conditions into the area by Monday morning. Some areas could see gusts up to 40mph. 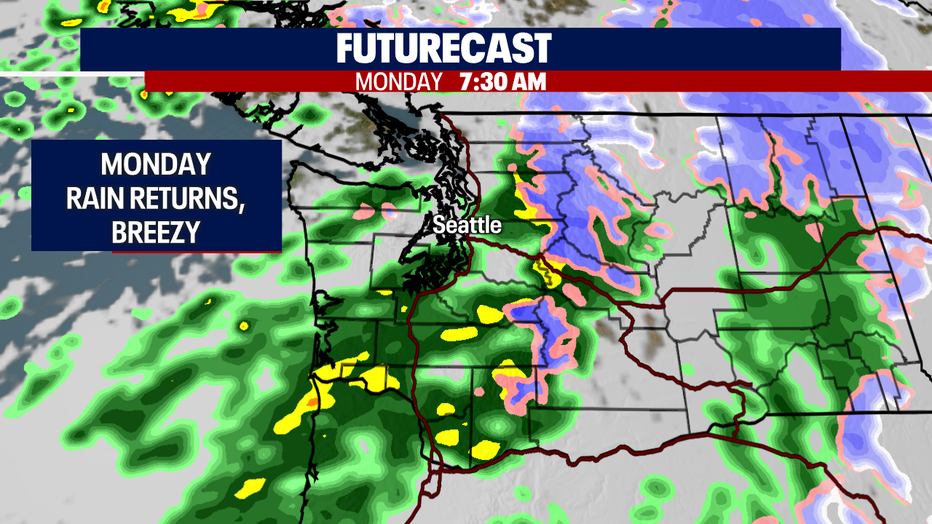 Another system with move through Tuesday, bringing more showers.  Highs land near 53.

We'll see a brief break Wednesday into Thursday before a much wetter front tracks in over Western WA late Thursday night stalling out through Saturday. Highs mid 70s.

Have a great rest of the weekend all! ~Erin Mayovsky, FOX Forecaster 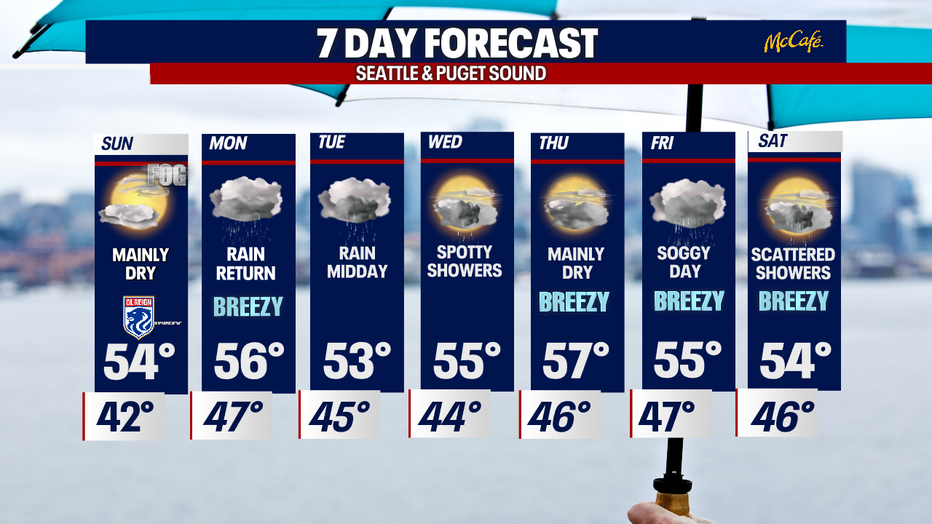 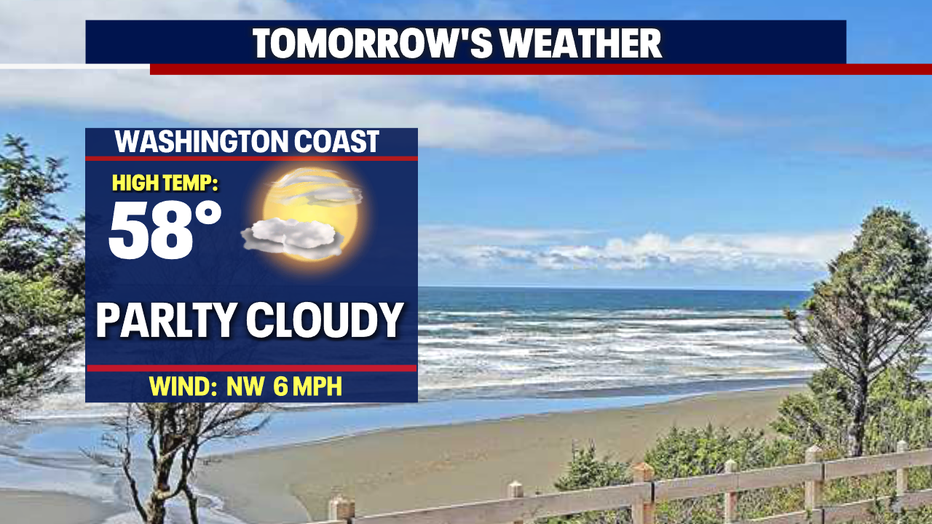 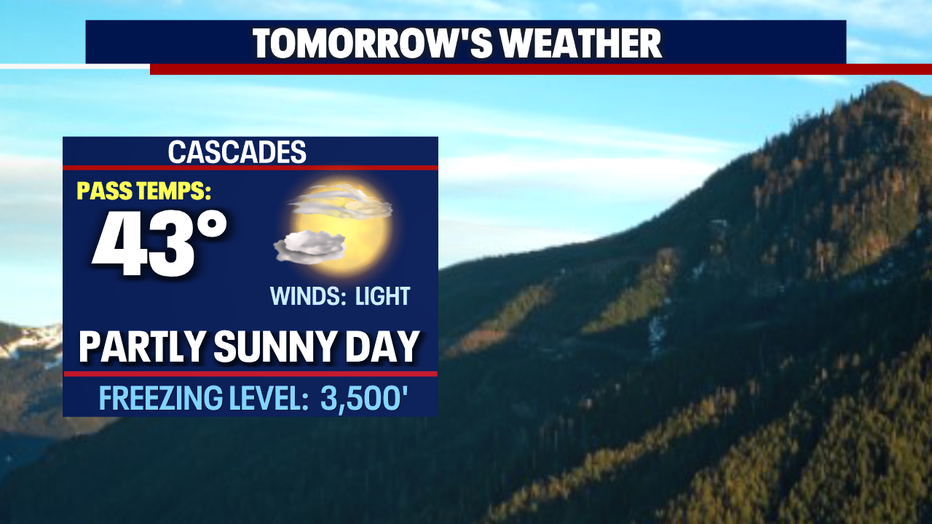 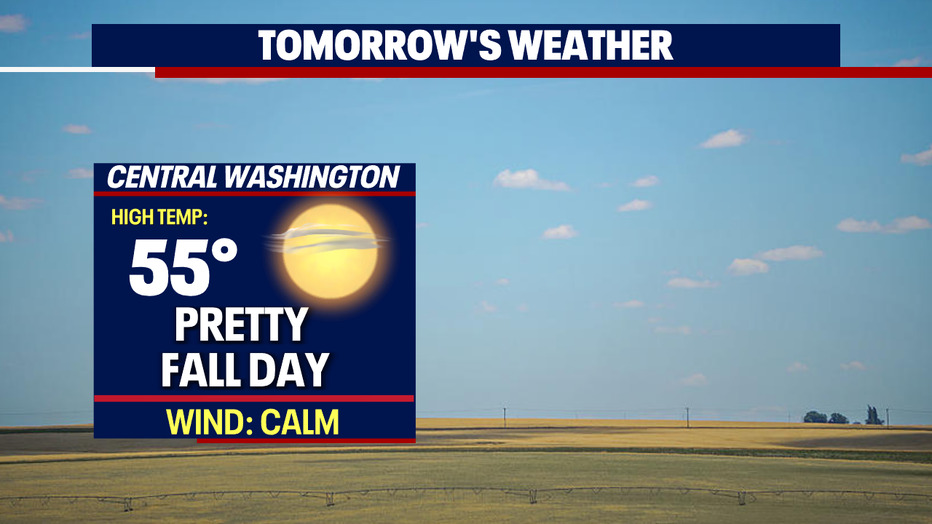