Seattle - Another day of mixing in a little of everything around the Northwest.  Thursday's highs again cooler than our seasonal average of 70 for this time of year. 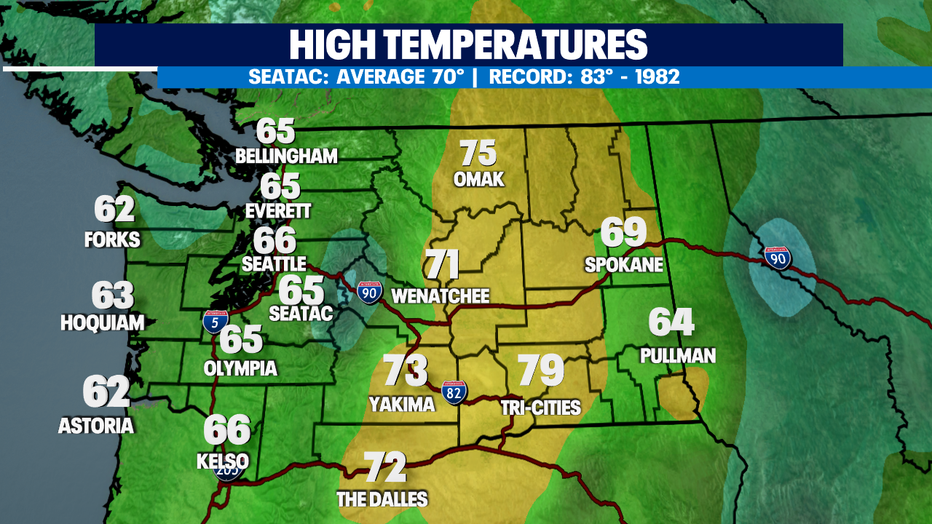 Overnight temperatures will drop to near normal, in the upper 40s to low 50s.  Showers will continue to track inland through the early morning hours of Friday.  Showers really get going right during the morning commute, hitting the Coast and South Sound first. 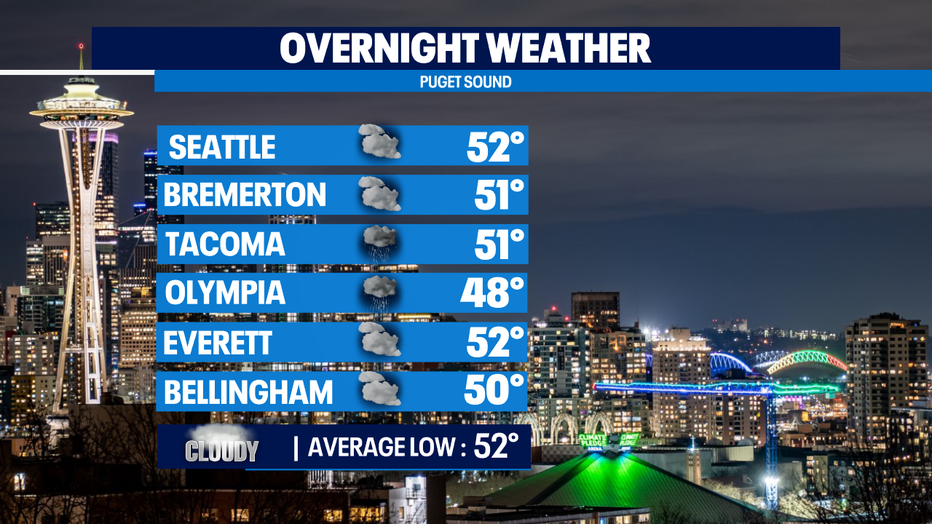 We kick off the weekend cool as a front moves through early Friday delivering rain for the morning commute.  Highs only climbing into the low 60s, but don't worry we do rebound to normal going forward into the weekend and into next week.

Rain diminishes going into Saturday for a brief dry break, but by later in the night showers pick up becoming steadier into Sunday as a stream tropical moisture is aiming right at the Northwest.  Some spots like, Quillayute, could see a decent amount of precipitation near an inch to an inch and a half.   The SW interior and Puget Sound will see less, but still a good amount during the time frame. (0.50-0.75")  With that amount of rain keep an eye on urban flooding, otherwise area rivers should be just fine. 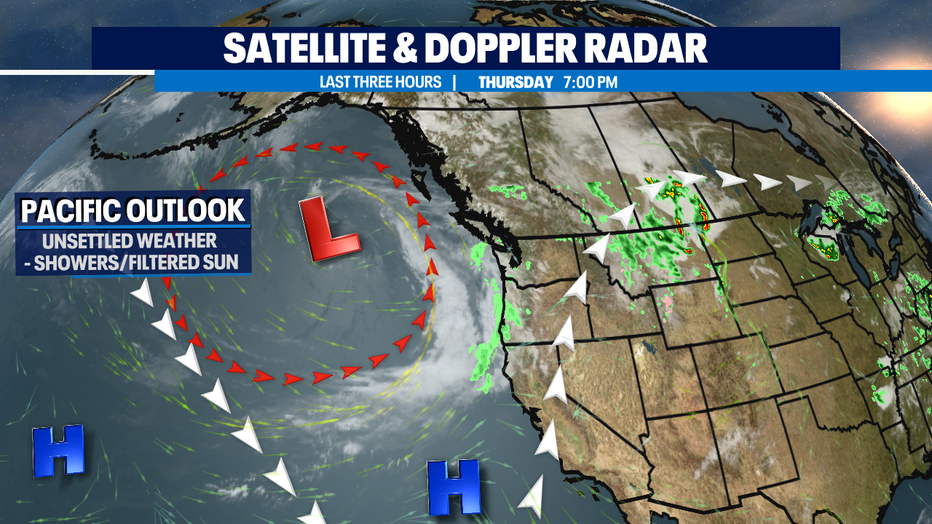 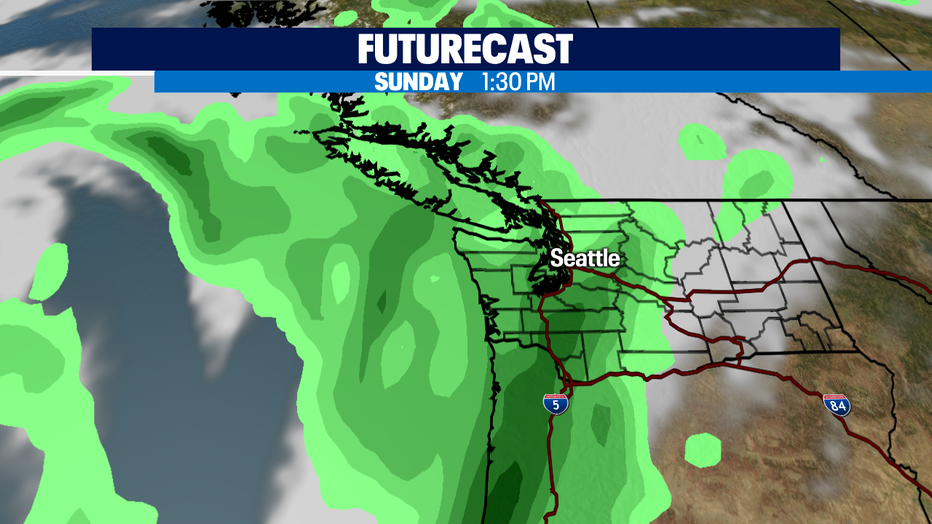 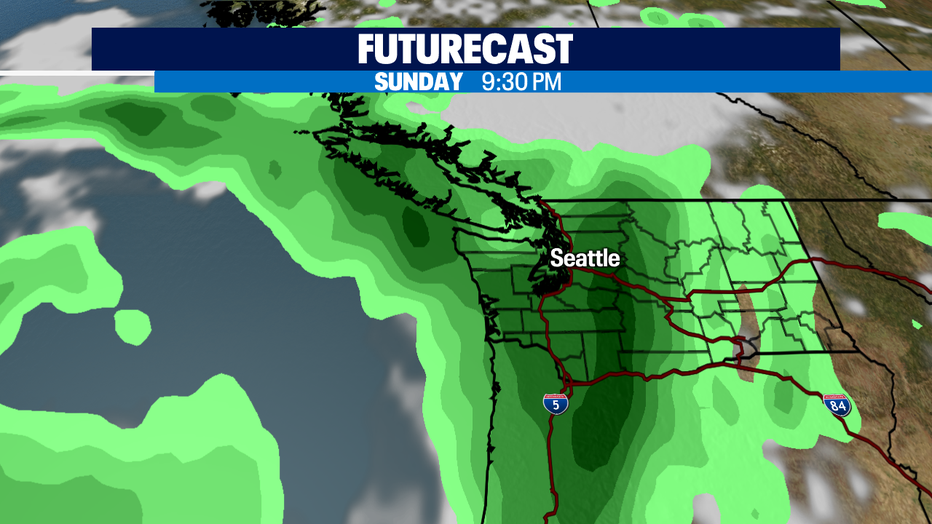 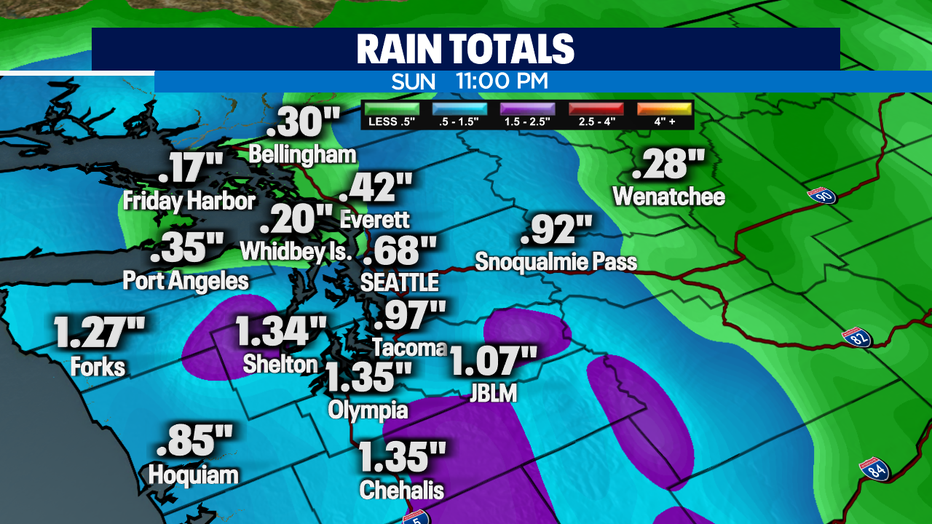 As we push into the work week ahead our weather remains unsettled.  Expect temperatures to hang in the low to mid 70s with showers on and off at times in between our Spring sunshine and because of this we'll see a threat for potential thunderstorms to pop up, especially Tuesday.  The start of the week will feel a bit muggy too!

Ridging will build into the area starting Wednesday through later in the week.  This gives us warmer and drier conditions.  Enjoy! 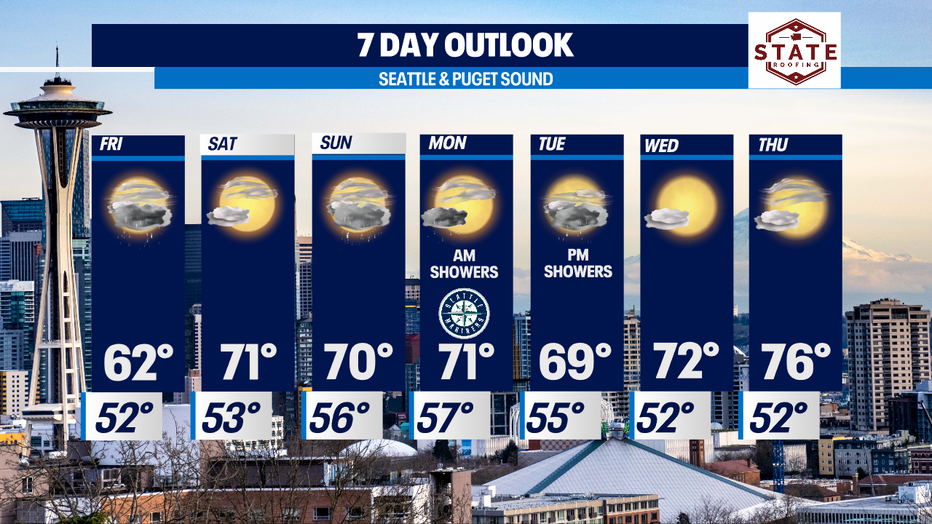 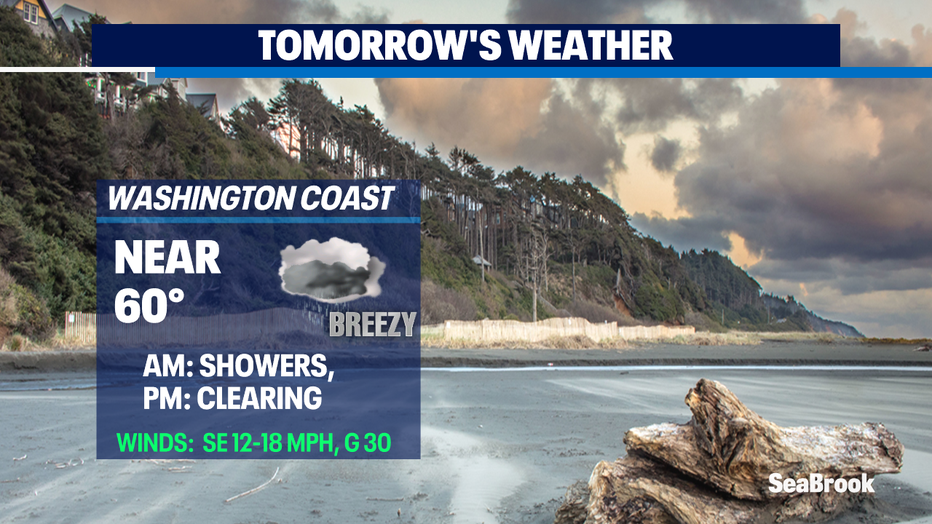 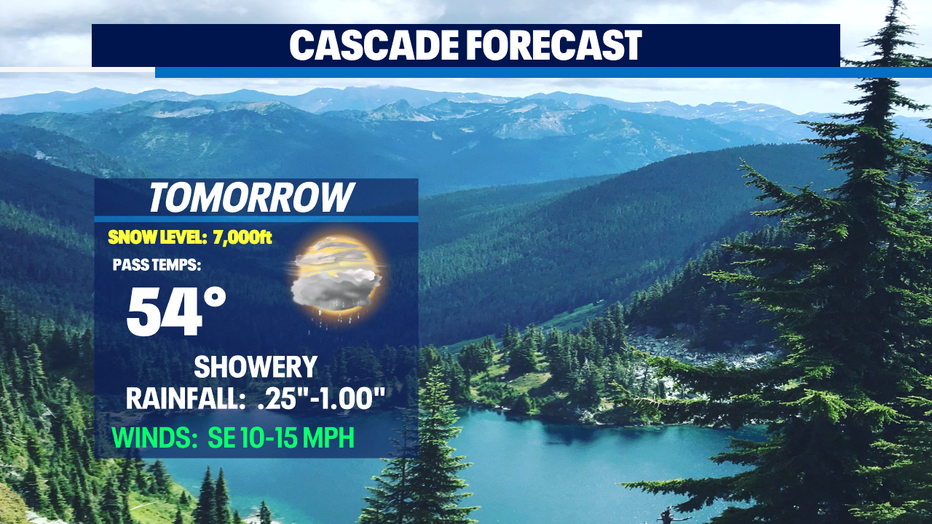 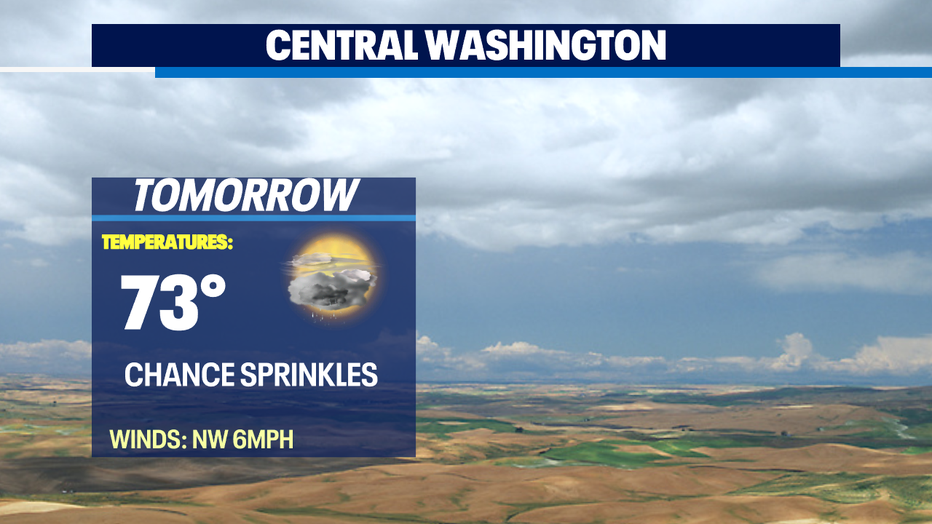