SEATTLE - A slightly cooler than average type of day for most of us around the region. We saw cooler temperatures north of Seattle and at the coast with warmer highs to the south, with SeaTac landing just a couple of degrees shy of normal. 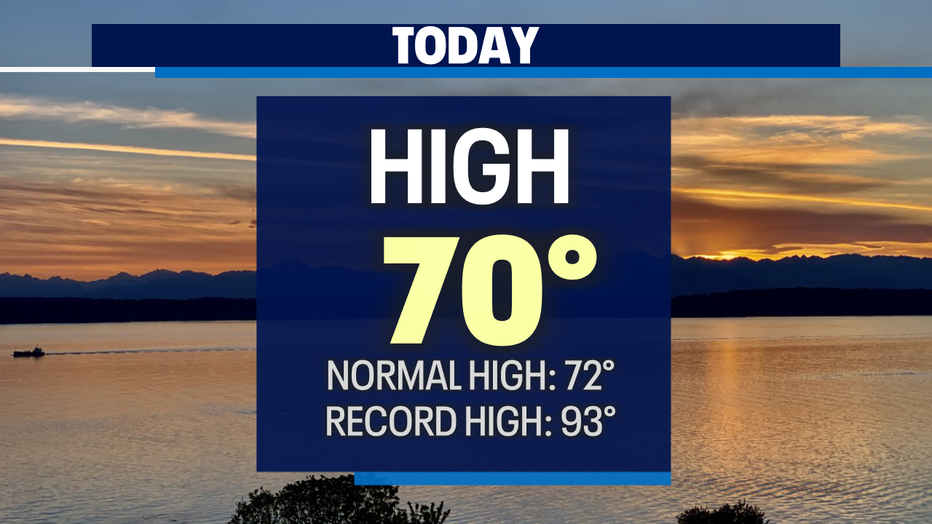 Overnights will fall into the upper 40s to mid 50s with showers wrapping up just after sunrise. 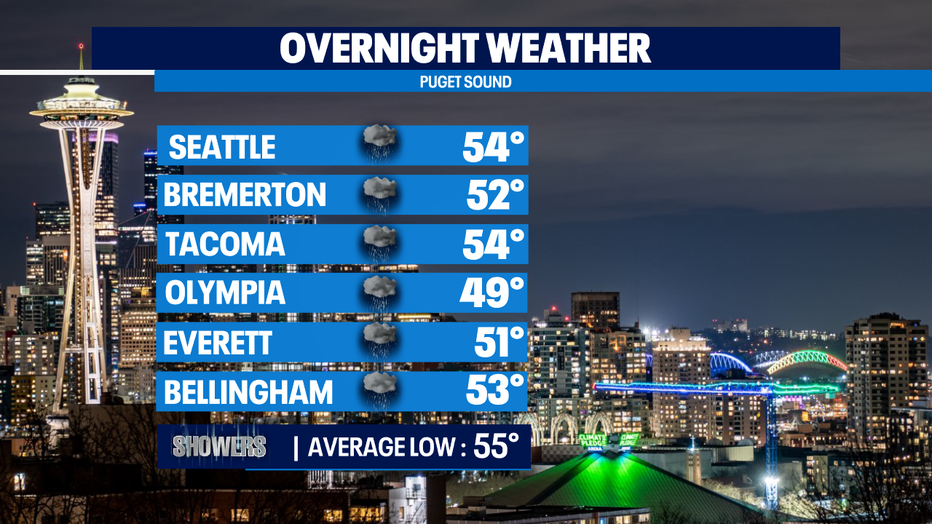 Showers will linger into Wednesday morning otherwise we'll dry out by mid-day.  Highs will remain cool though, only in the mid 60s.  We'll warm some on Thursday under partly cloudy skies.

We are certainly moving into the that Fall mode with a stronger system coming our way over the weekend.  By the way, the official kick off to the Fall Season is September 22 at 12:22pm. 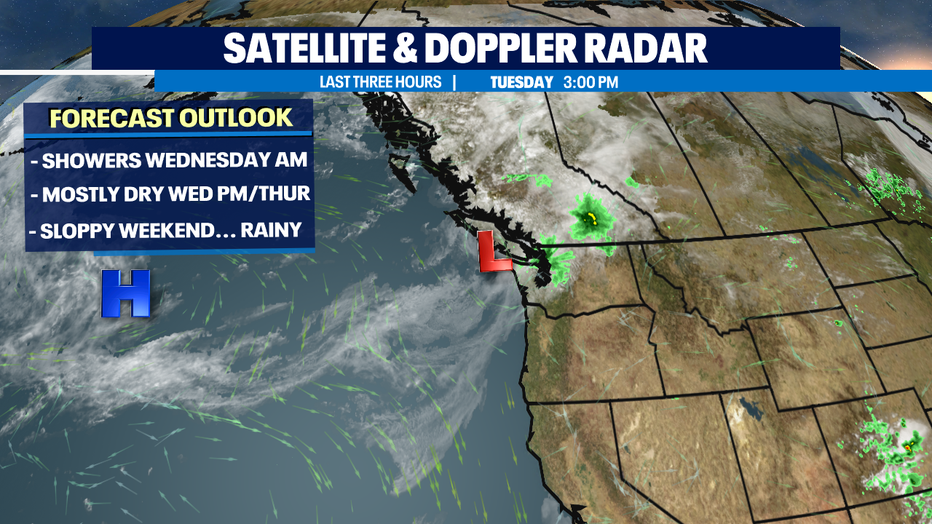 The looming rain this weekend will definitely be welcome in the bucket at SeaTac! We have not had significant rain—like we'll see this weekend—in months, since the middle of June! 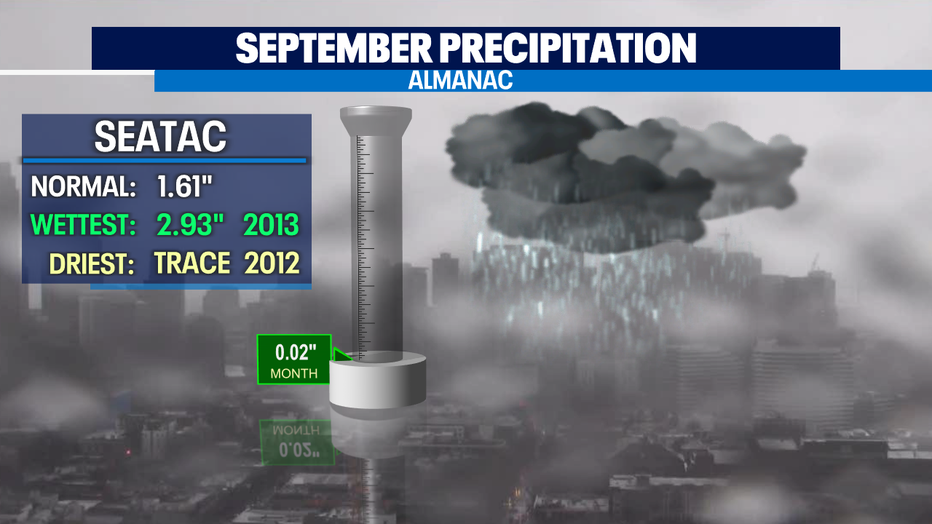 Rain starts at the coast first Friday morning and then spreads inland by 8 a.m. for the morning commute. 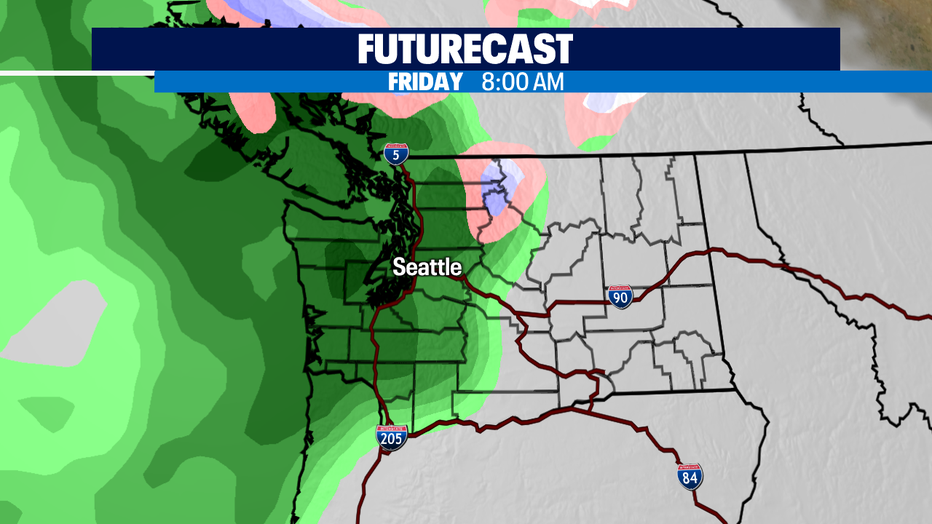 Rain becomes heavier as the day moves along with stronger cells along the foothills of the Cascades just after dinner around 8pm. 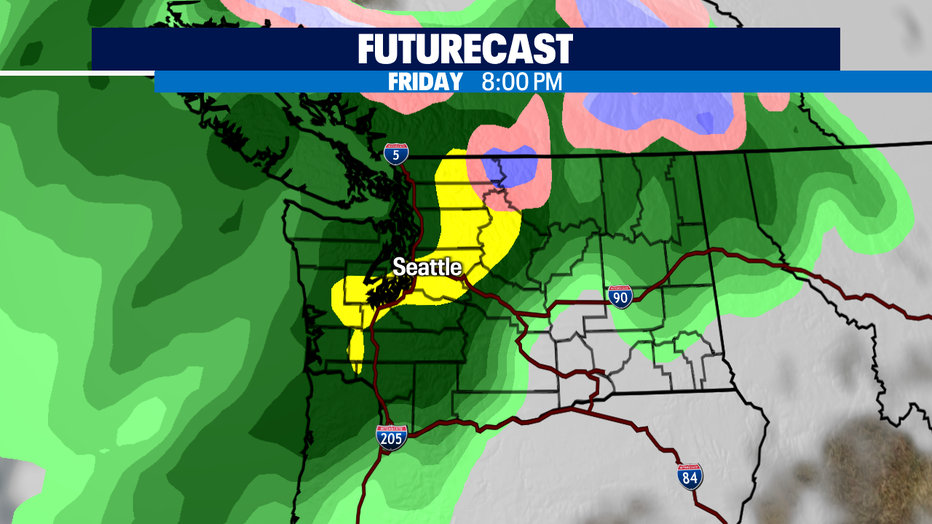 There is the possibility of thunderstorms across the region late Friday into Saturday. Showers will let up some Saturday afternoon with the bulk of rain in Eastern Washington. 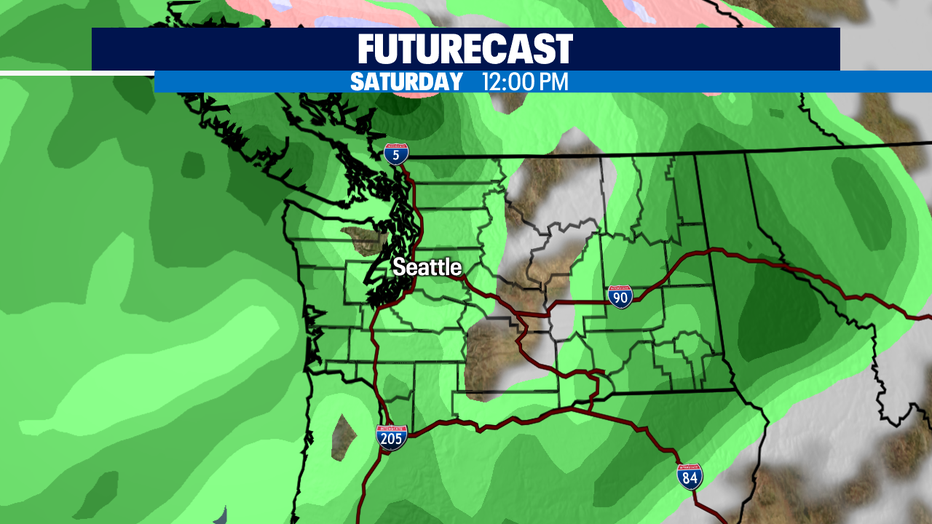 Showers linger into Sunday with some breaks from rain later in the day. Highs remain very cool, only in the upper 50s to low 60s.

Dress for sloppy weather if heading out to the Seahawks home game at Lumen Field. The Hawks host the Titans with kick off set for 1:25pm. #GoHawks 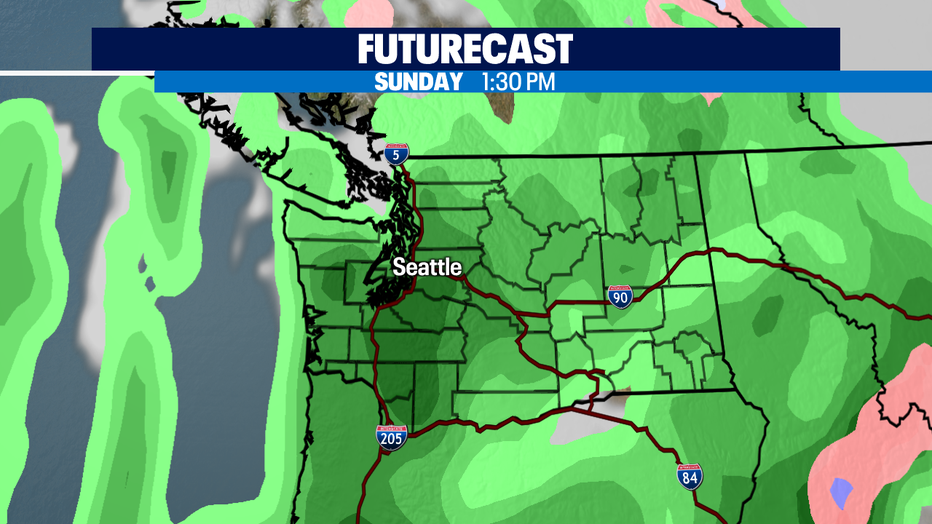 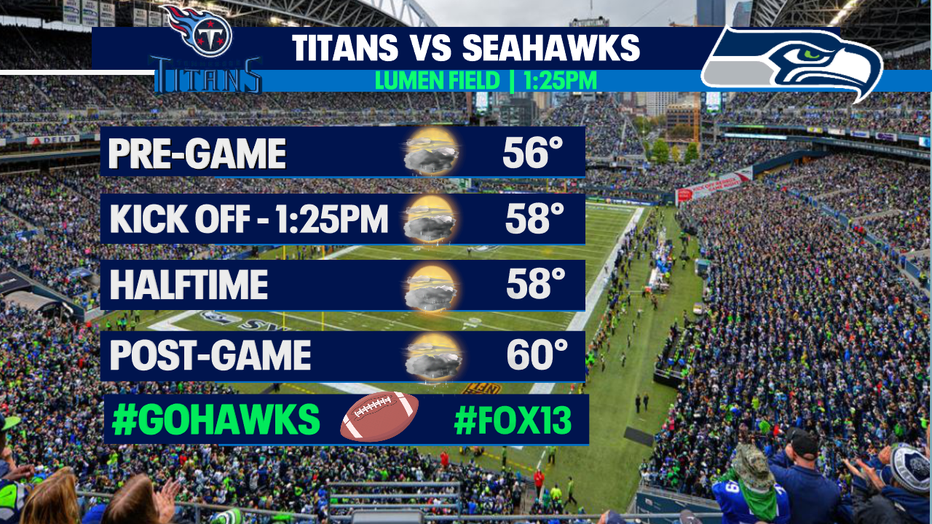 The big weather story for the nation is Tropical Storm Nicholas which made landfall overnight on the Gulf coast of Texas as a Category 1 hurricane.  The storm brought a lot of rain and wind to Houston and Galveston and will continue to push heavy showers as it moves into Louisiana. 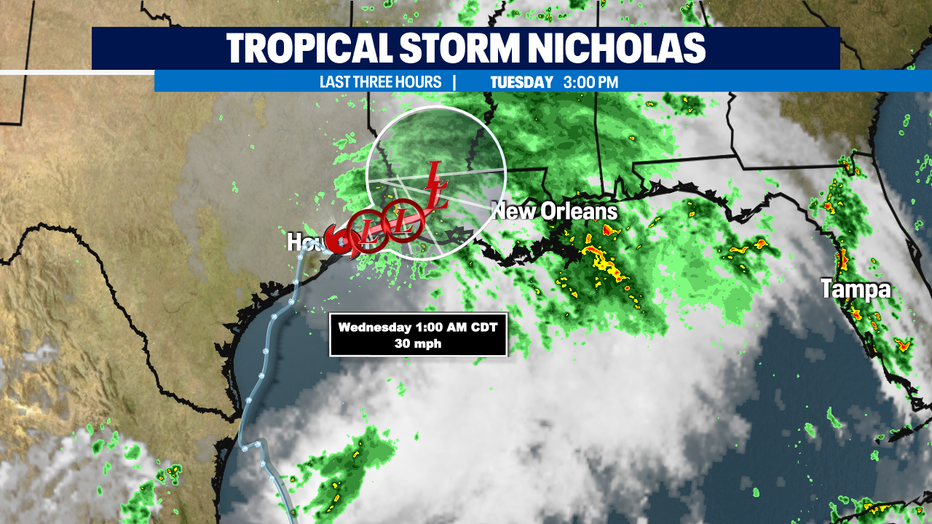 Back to our local forecast; at this point Monday and Tuesday look promising some sunshine, but highs will stay well below our average of 71 for those days.  Highs will only reach the low to mid 60s.  Enjoy! 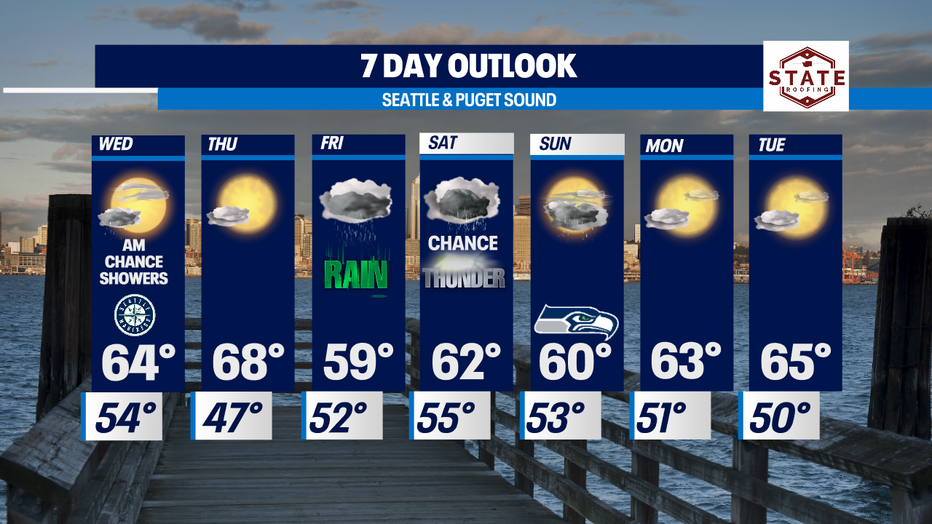 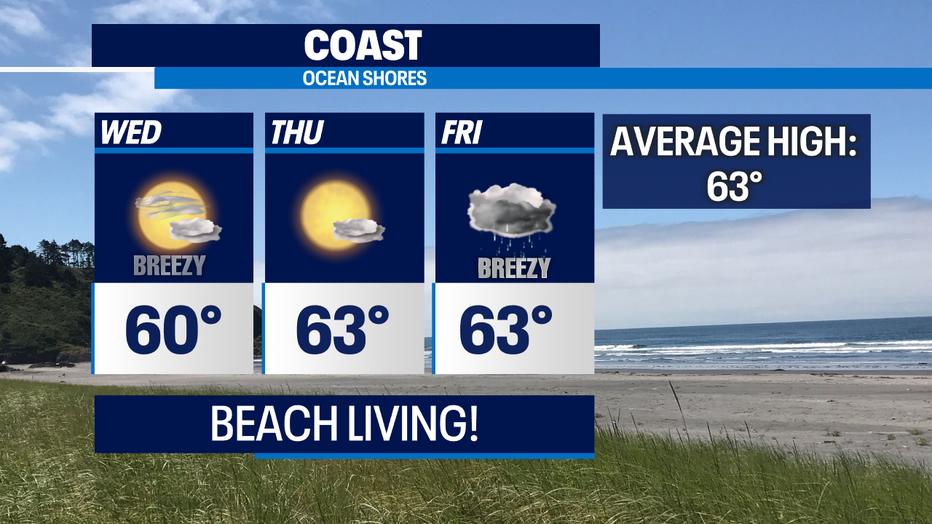 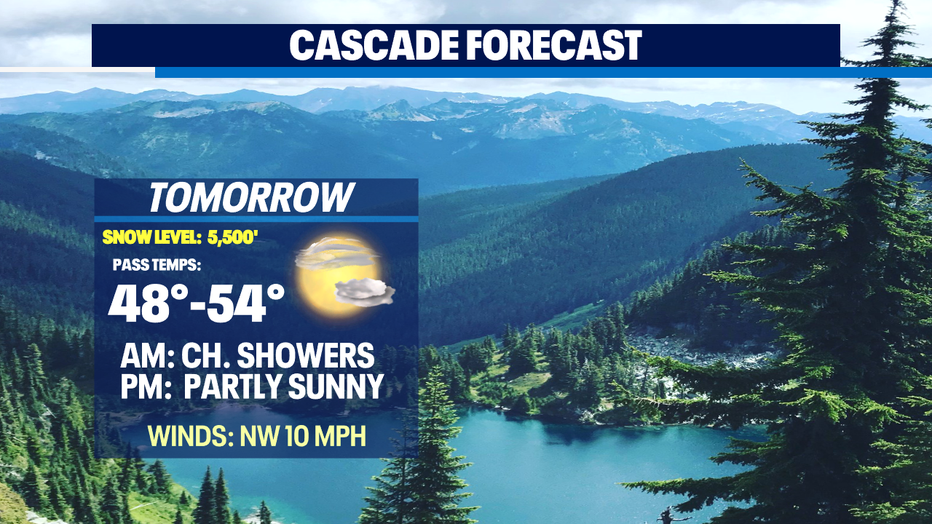 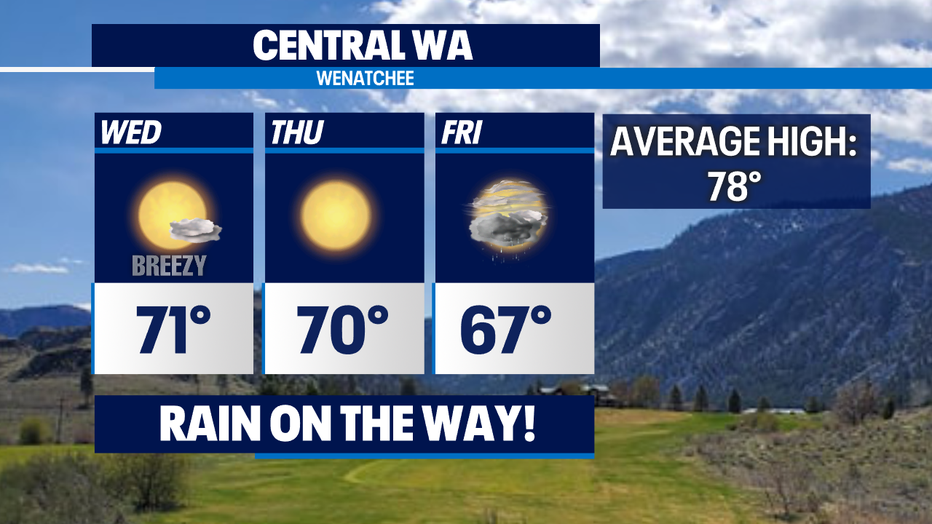 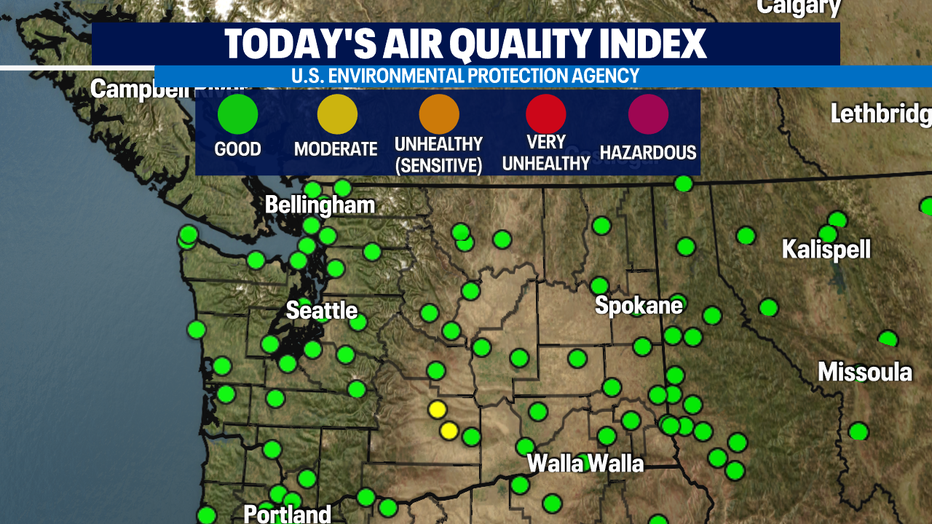