Seattle - Winds the big weather story around the region Thursday along with the cloud show across our skies.

Check out this lenticular cloud that had some people wondering if a funnel cloud/tornado moving over Seattle. 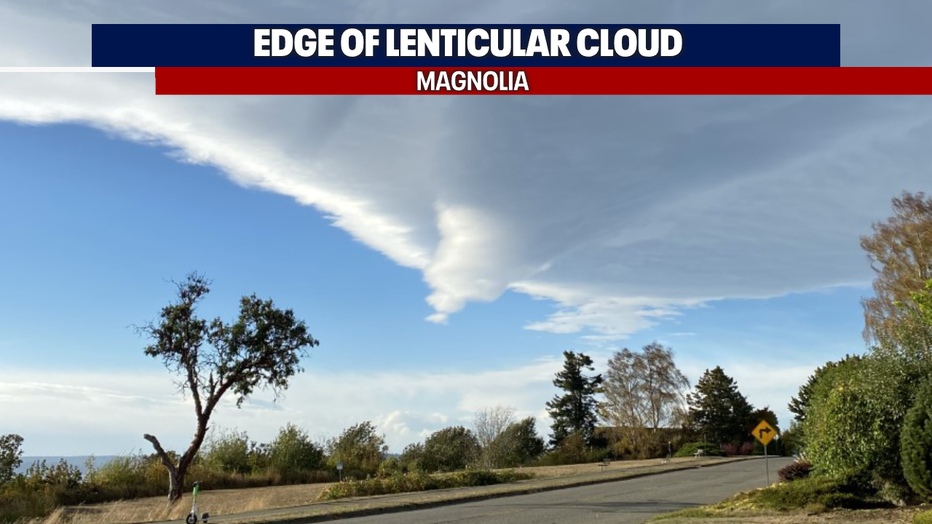 Look at some of the peak gusts from our first big wind event.  Places to the north experiencing the biggest bursts. 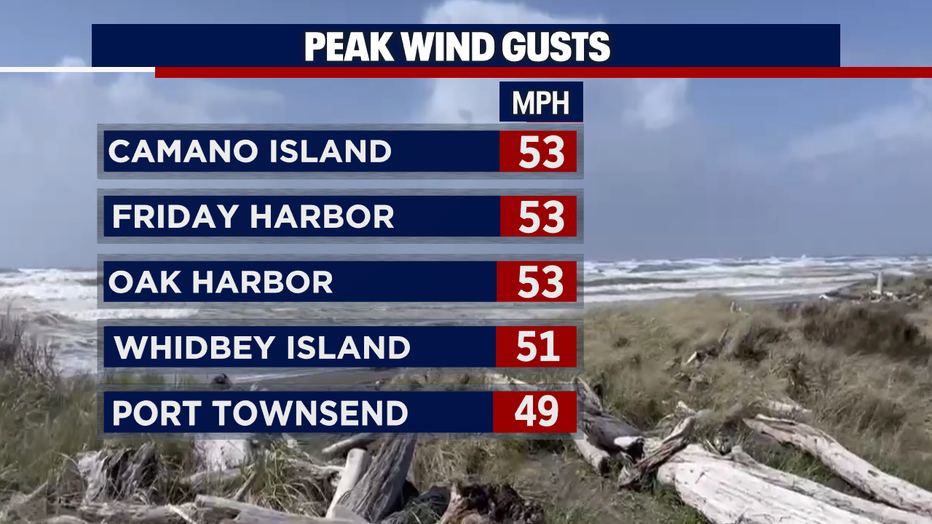 Plenty of other communities gusted into the 40mph range.  Several reports of down trees over roads caused problems for many trying to commute during the thick of rush hour. 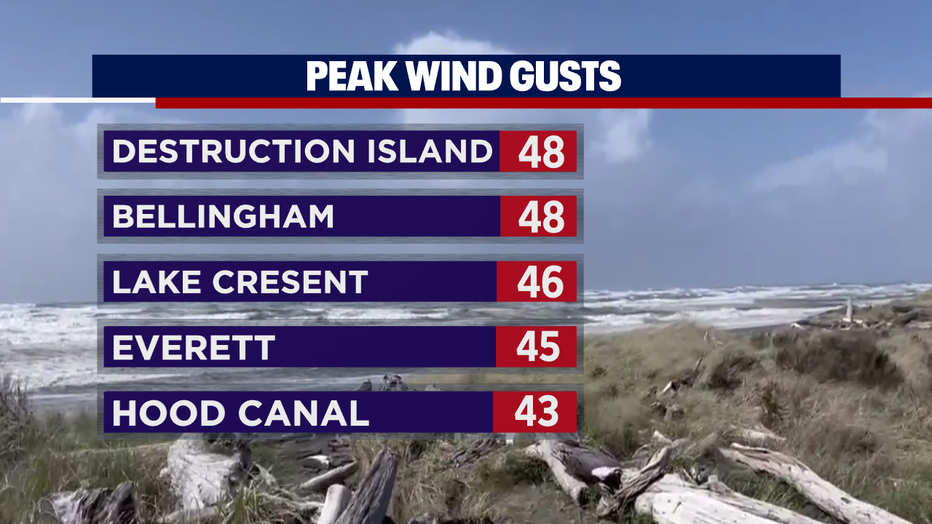 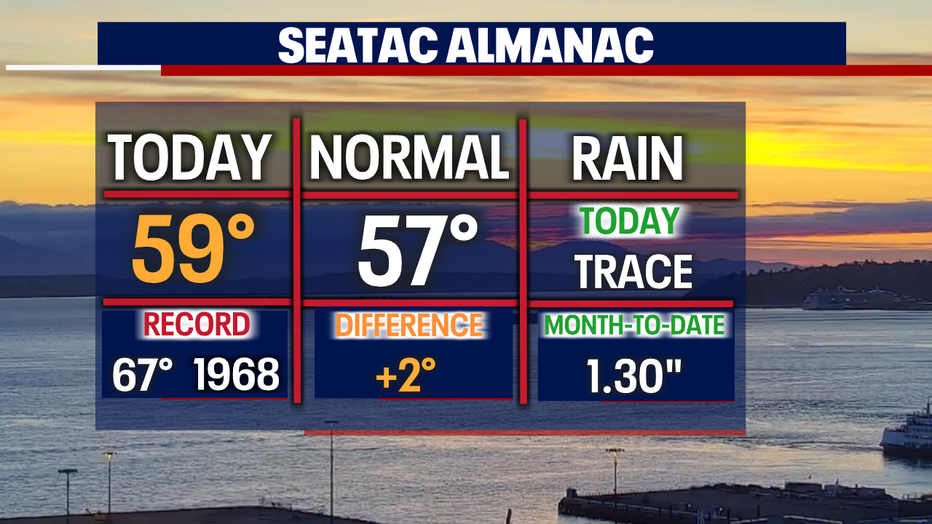 Those who rise early will wake up to rain tomorrow, but by mid-morning showers will continue on out of Puget Sound. 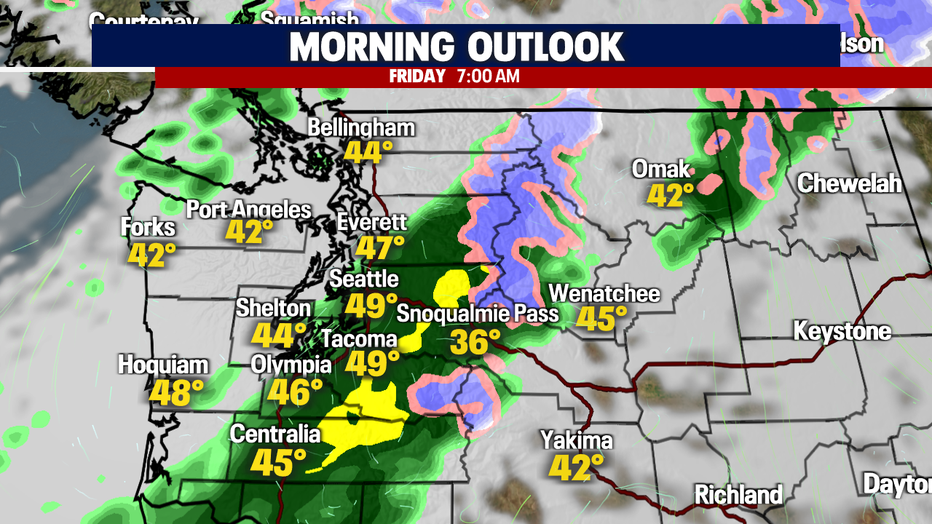 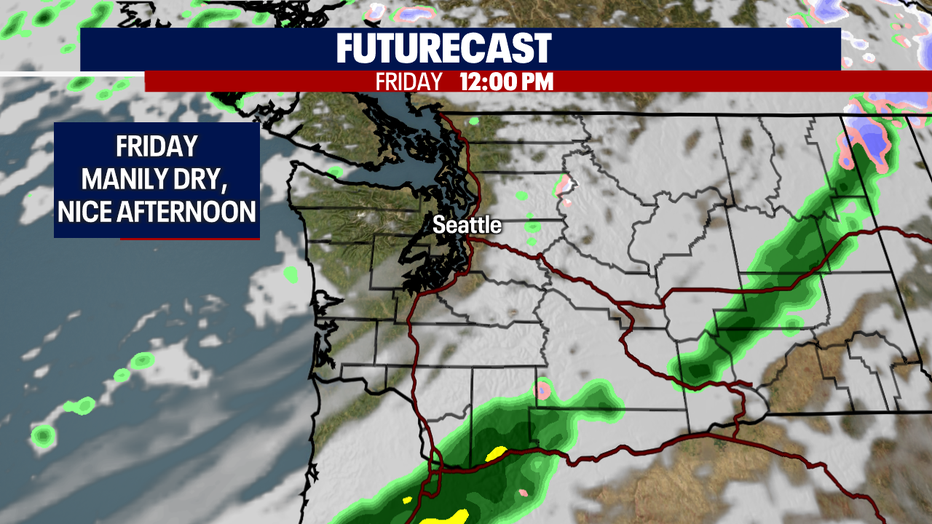 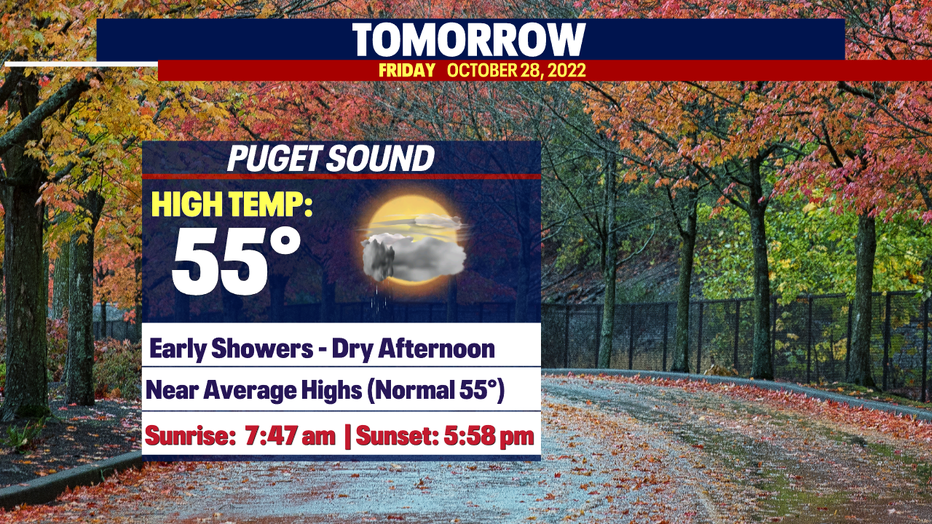 The first half of the weekend looks not bad…mainly dry with just a few showers to the north with mostly cloudy skies.  Highs Saturday warm into the upper 50s. 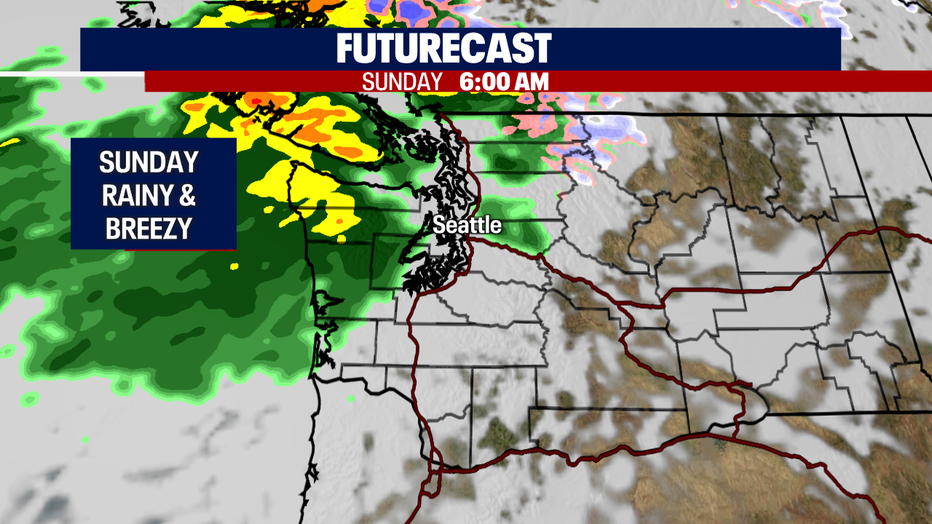 The rain and wind just in time for the Seahawks game at Lumen Field.  The Hawks are on FOX Sunday as they host the New York Giants.  Expect a sloppy game with rain and gusty winds throughout the day. 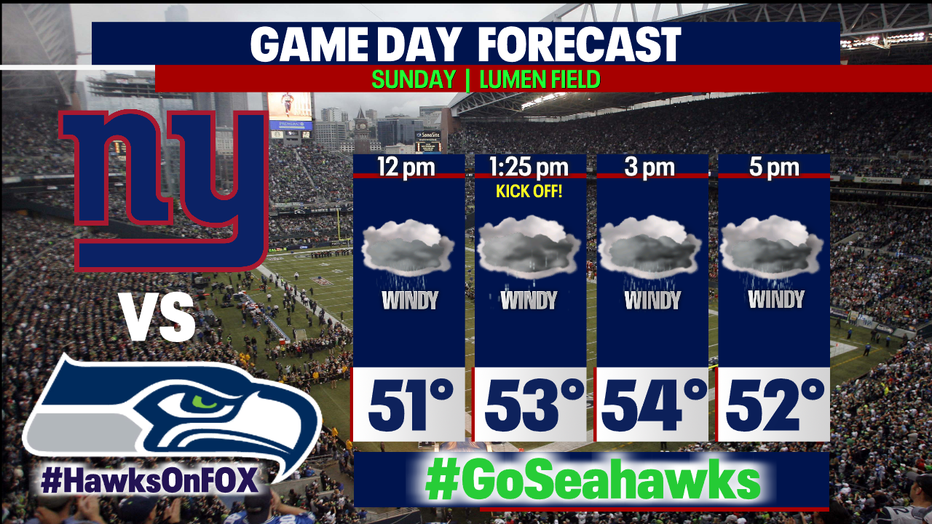 We were hoping Sunday's rain would move on a little quicker, but at this point the front will slowly move southward Monday keeping showers in the forecast for Halloween. Highs hang in the low to mid 50s.

A few showers linger into Tuesday with a much cooler air-mass heading our way for the rest of the week.  We expect chilly starts in the lowlands with a chance for showers and snowy mountain passes.  Enjoy! 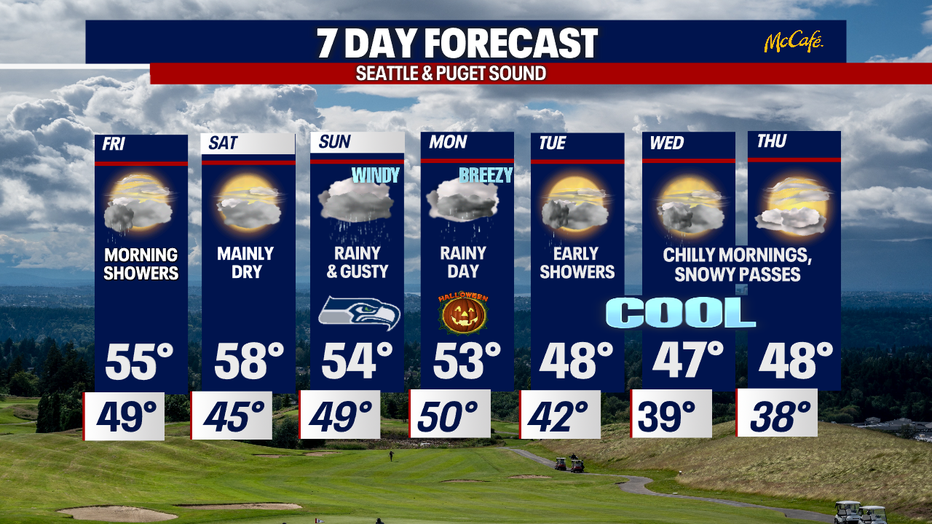