FOX 13 forecaster Erin Mayovsky has the latest conditions for the Seahawks game and for Halloween on Monday.

SEATTLE - Puget Sound went from showery to sunny by the end of Friday! A snapshot of the Tacoma Narrows Bridge in Pierce County featuring cloudy skies with pockets of showers this morning. 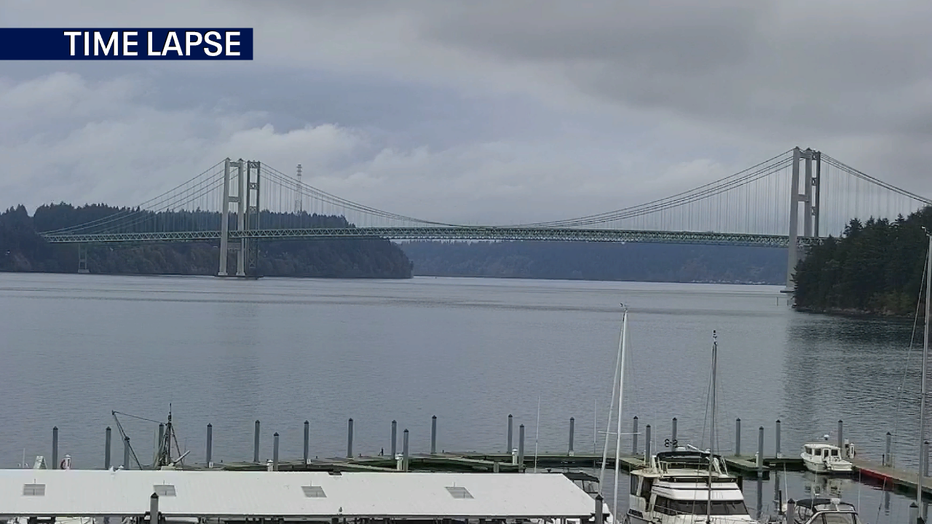 Highs on Friday around the region landing in the mid to upper 50s. SeaTac hit 57 and that's one-degree warmer than where we should be for this time of year. 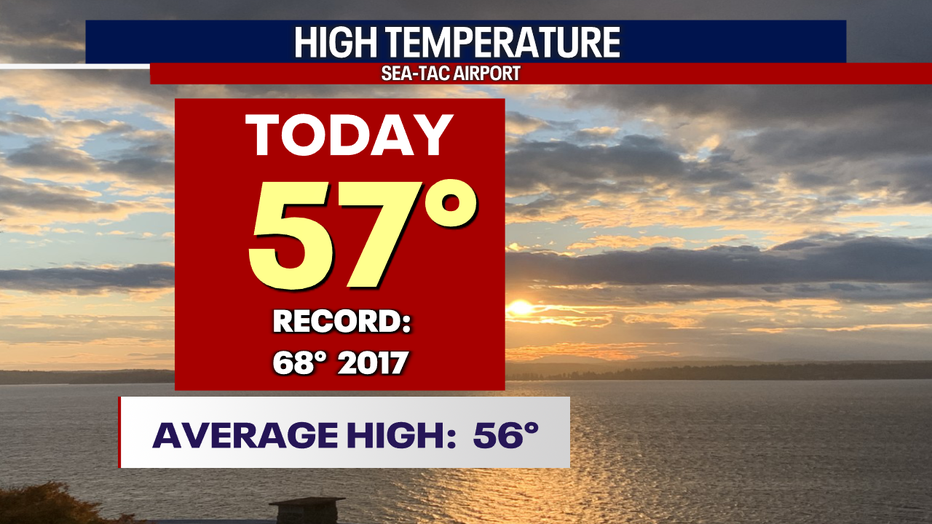 Here's another snapshot of the Tacoma Narrows Bridge just before sunset. What a difference 12 hours makes! Folks in Pierce Co. enjoyed plenty of sunshine with calm winds. 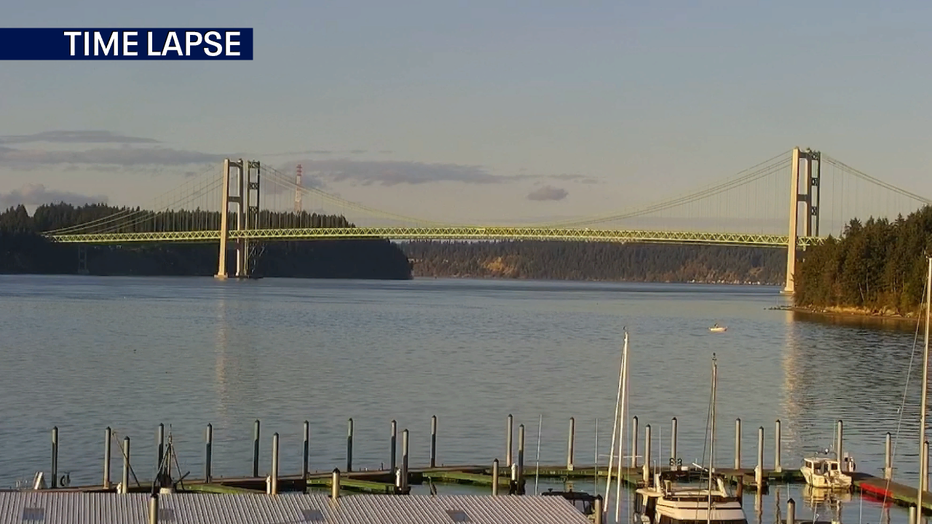 Overnight temperatures for the next few days will run above average in the upper 40s to low 50s. By Tuesday, a cold air-mass moves in cooling lows into the upper 30s. Brr! 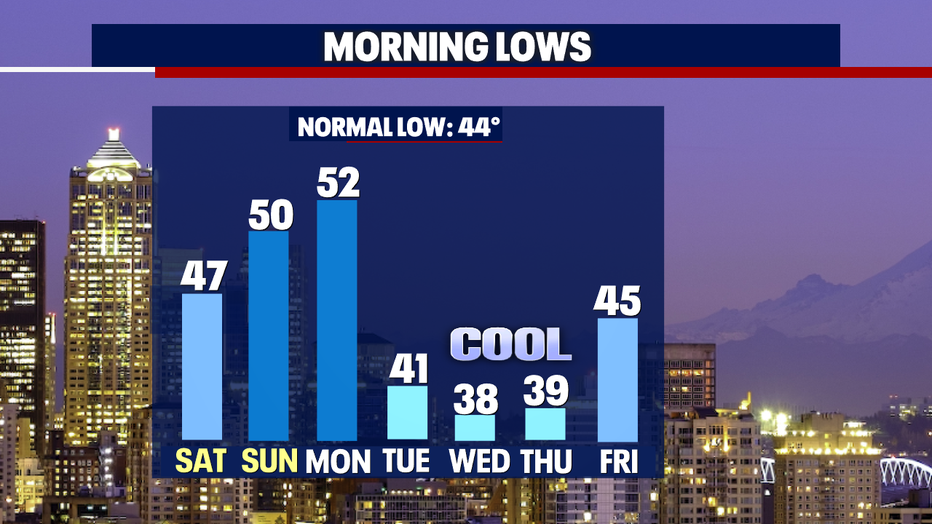 After areas of morning fog lift, Saturday's highs will push into the upper 50s to near 60. Skies will shift throughout the day between partly to mostly cloudy. 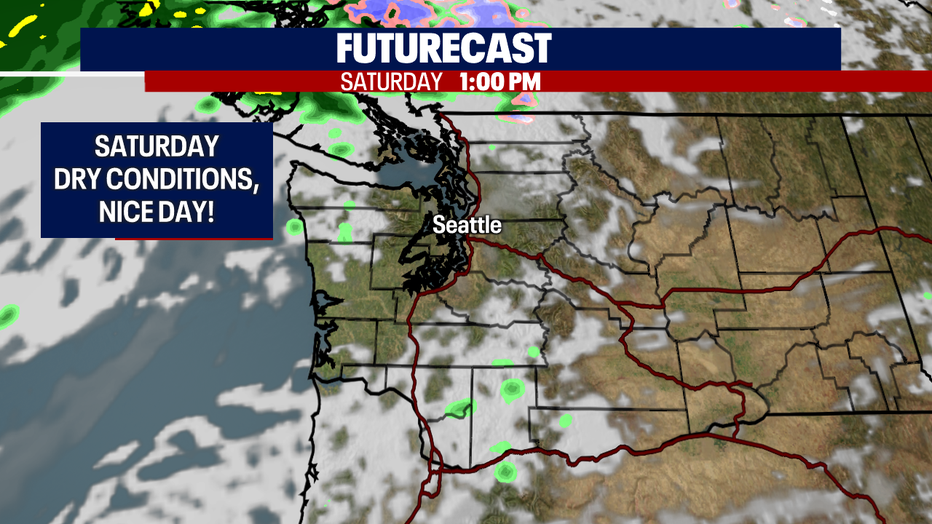 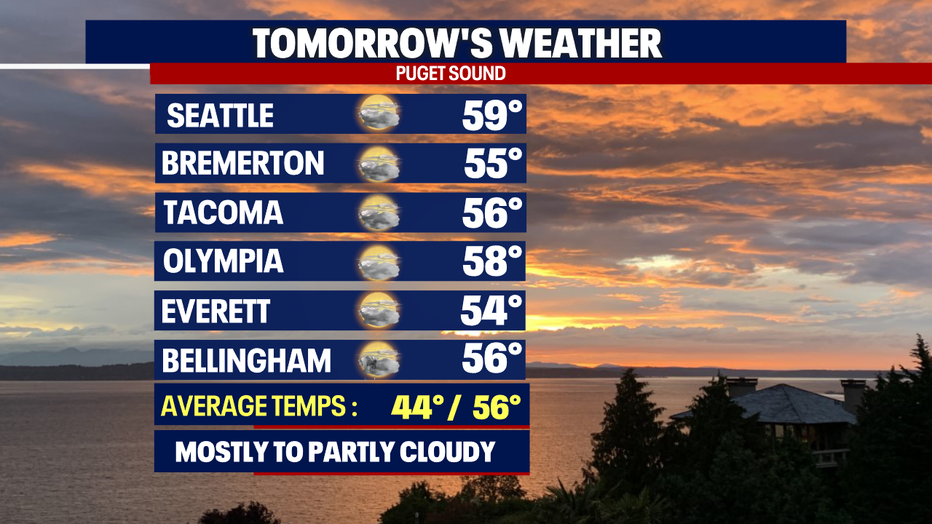 Change comes again late Saturday night into Sunday as we gear up for a series of systems to slide across Western WA.

Sunday's smaller atmospheric river pushes deep moisture into the Olympic Peninsula and Northern Cascades.  We're forecasting 3-4" for coastal regions, 4-6" for the Olympics, 3-4" in the Northern Cascades, with much less for lowland communities,  0.50-1.50". 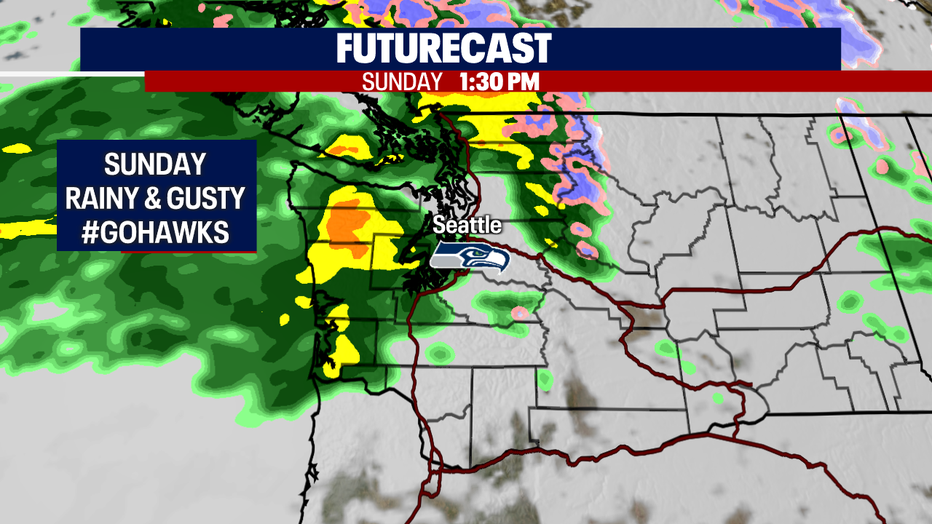 If you're heading to Lumen Field to cheer on the Seahawks as they host the Giants you know the drill.  Dress for sloppy conditions.

We expect rain and wind to whip through the stadium throughout the game, especially the second half.  Highs Sunday land in the mid 50s. Kickoff set for 1:25pm on FOX 13. 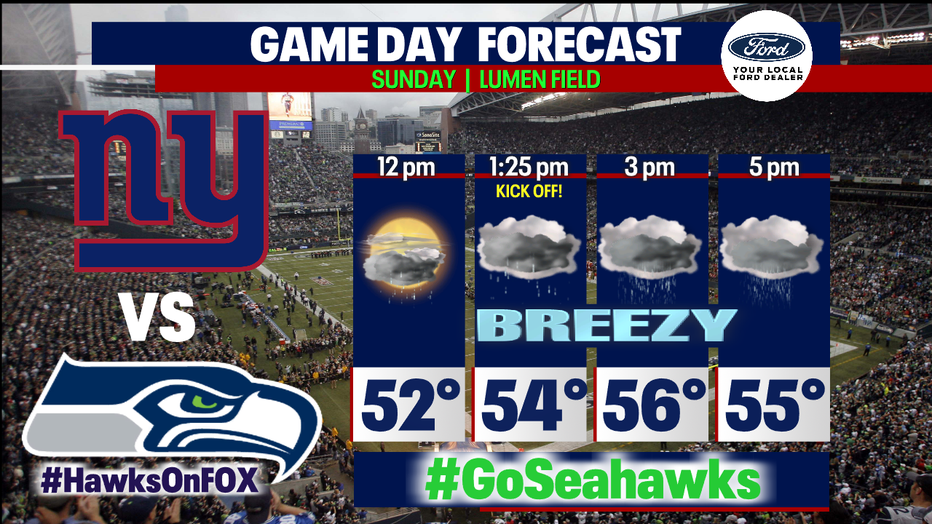 Were you hoping for a dry Halloween this year?  Sorry to say that we expect a showery and breezy day.  Highs Monday sit just a bit cooler than average in the low to mid 50s.

By "Trick-or-Treat" time temperatures will cool from the low 50s to the mid 40s.  Dress for the weather folks! 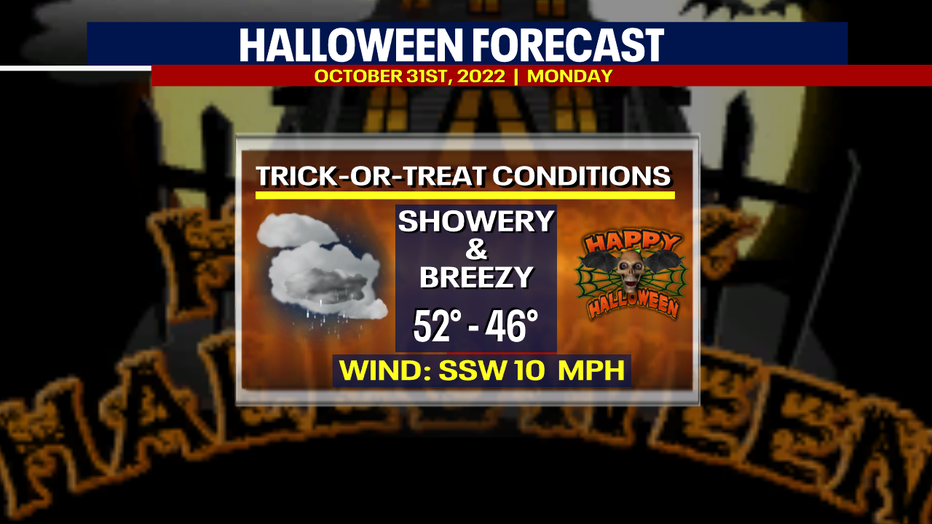 Starting Tuesday temperatures drop well below average as a colder air-mass moves in dropping highs into the 40s with lows into the upper 30s.

Tuesday and Wednesday look for areas of showers with a drier day Thursday as a weak ridge moves into WA.

Breezy winds and a chance for showers returns Friday with highs rebounding back into the 50s again. Enjoy!

Have a great weekend everyone!  ~Erin Mayovsky, FOX 13 Forecaster 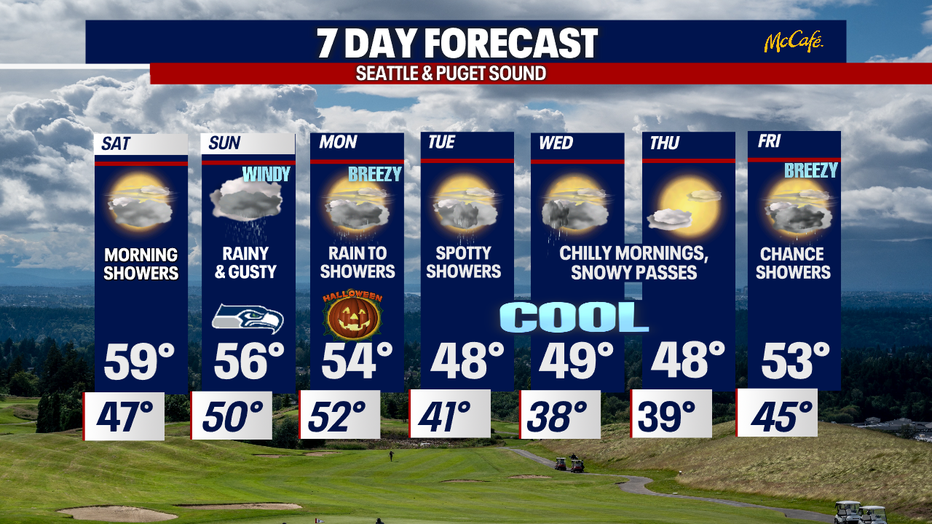