Break in rain and wind Thursday

After rain, wind, and mountain snow we settle down for a brief break&nbsp;before the next weather system arrives.&nbsp;Q13's Erin Mayovsky has the 7 day forecast.

SEATTLE - Happy Thursday! After rain, wind, and mountain snow we settle down for a brief break before the next system arrives.

Tonight will be chilly for most of us with below-average lows overnight. Normal for this time of year is 41 to 42 degrees, so temperatures will fall into the low to mid-30s and will feel cold! 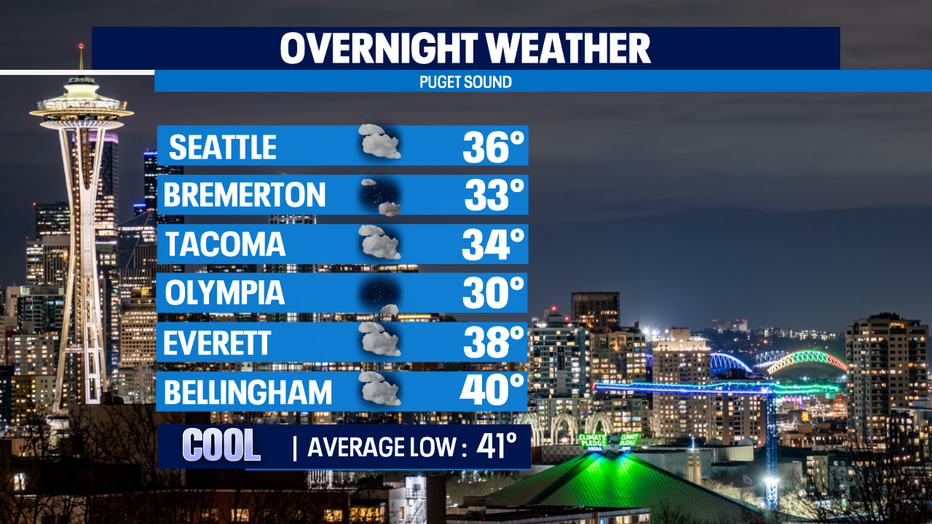 The metro will wake up Friday to partly cloudy skies with clouds increasing throughout the day as the next front moves inland.  Rain falls first for the NW WA Coast, through the Strait, Island and North Sound before it fills into Puget Sound by late afternoon.  The mountains won't be left out either... another round of snow for the Cascades too with 2-10" expected.  This situation could again make pass travel tough at times.  Know the roads before you head over the mountains. 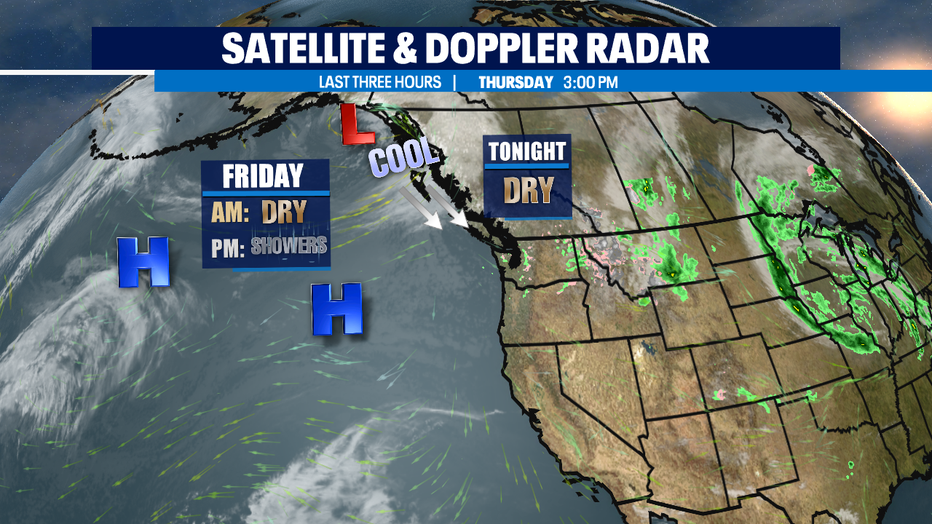 Here's a look at Friday afternoon at 2 p.m.  Showers hugging the Coast, Olympics and Northern Cascades of Whatcom and Skagit Counties.

By 8 p.m. showers become more widespread across the region.  Snow picks up over the Cascades as we push into the overnight hours. 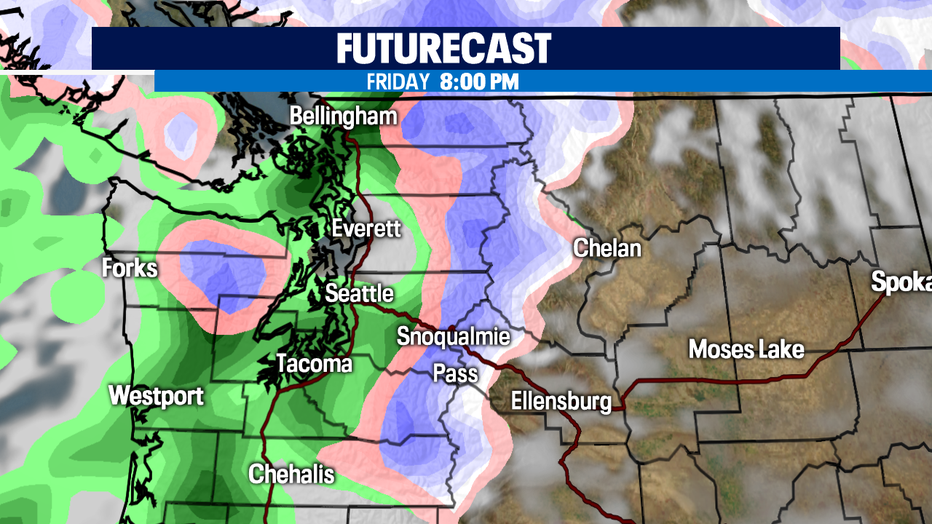 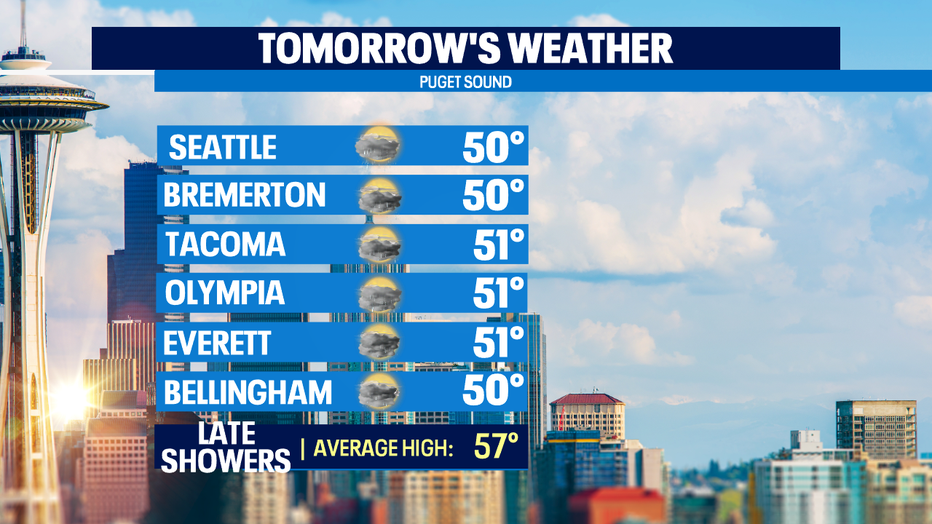 We're also keeping a close watch on Saturday morning as lows will be well below average, in the mid to upper 30s.  Some of us in the higher elevations could wake up to a brief dusting of snow mix before it turns to rain and dries out. 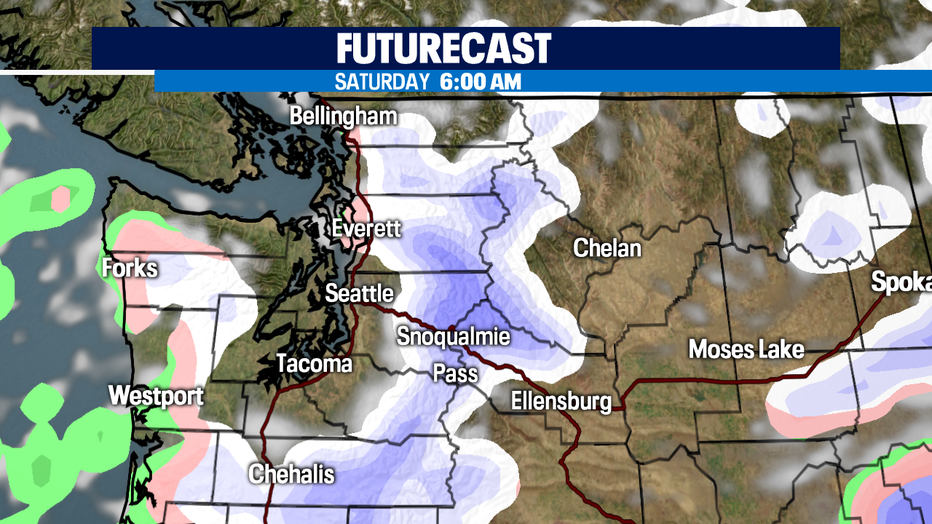 Then, good news if you are tired of the rain and wind!  A gradual warm-up starts the second half of the weekend into late next week as a ridge builds in becoming the dominant driver of our forecast.  Temperatures Sunday warm to the mid-50s with a jump to near 60 by Monday.  The rest of the week continues to climb into the mid to upper 60s with some areas getting close to 70! Stay tuned!

Have a great night! 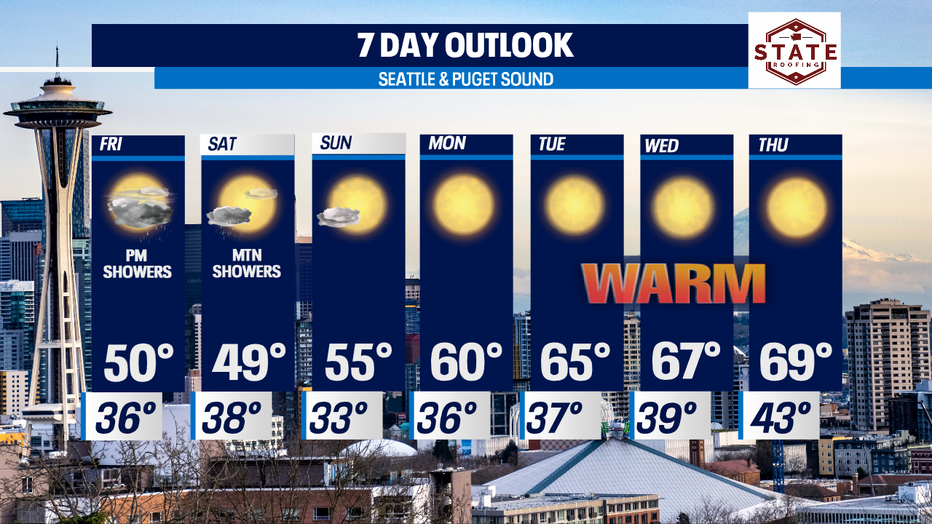 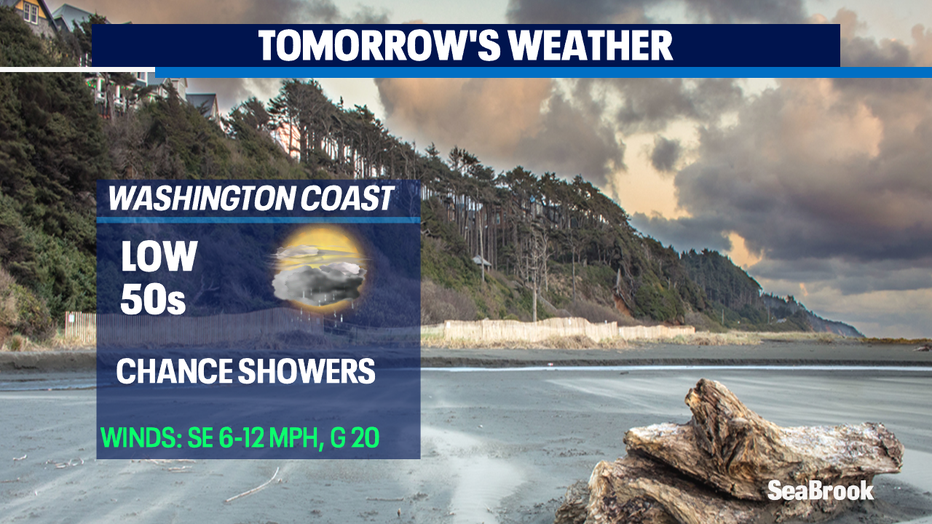 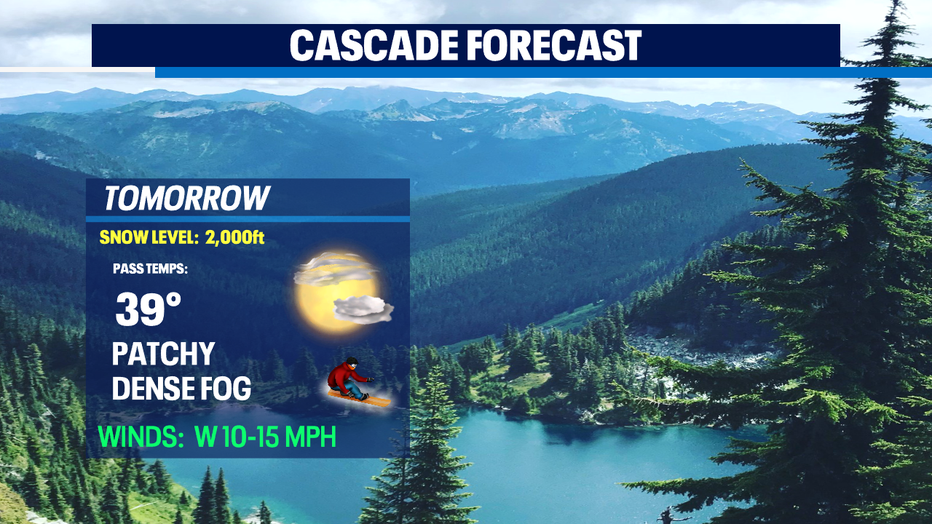 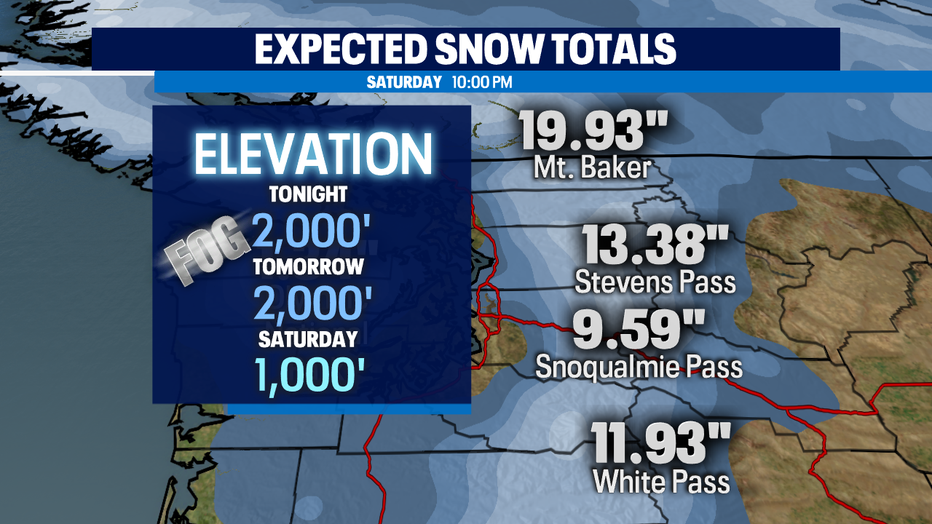 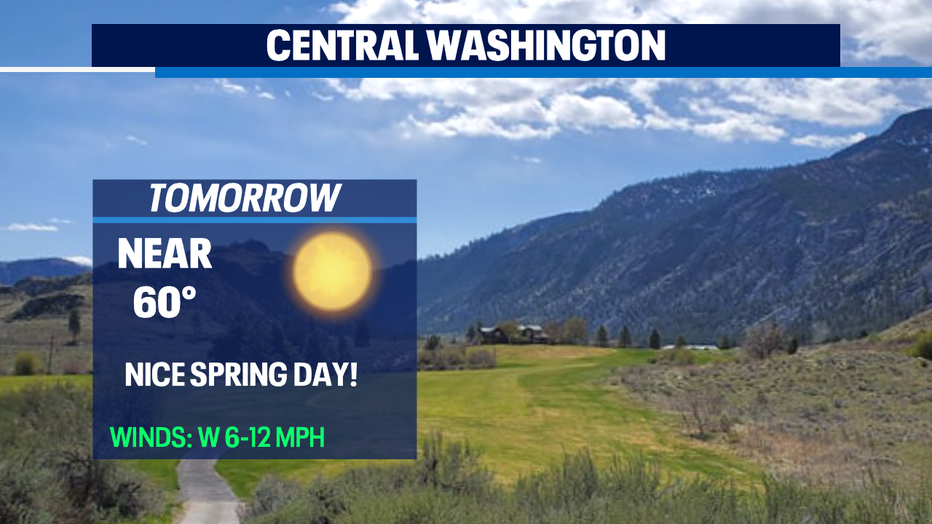