Seattle - We managed to stay mostly dry around the Seattle area Sunday.  Highs were slightly cooler than average too, landing in the mid to upper 50s around the region. 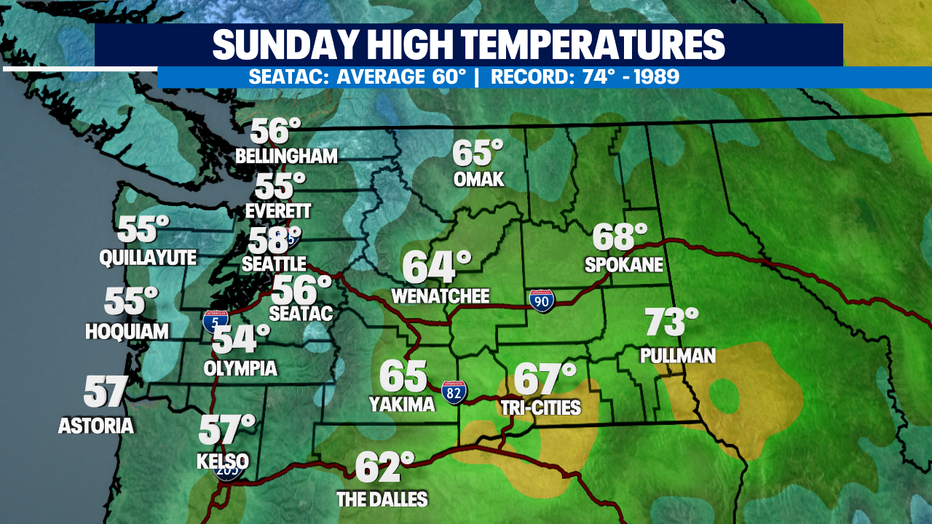 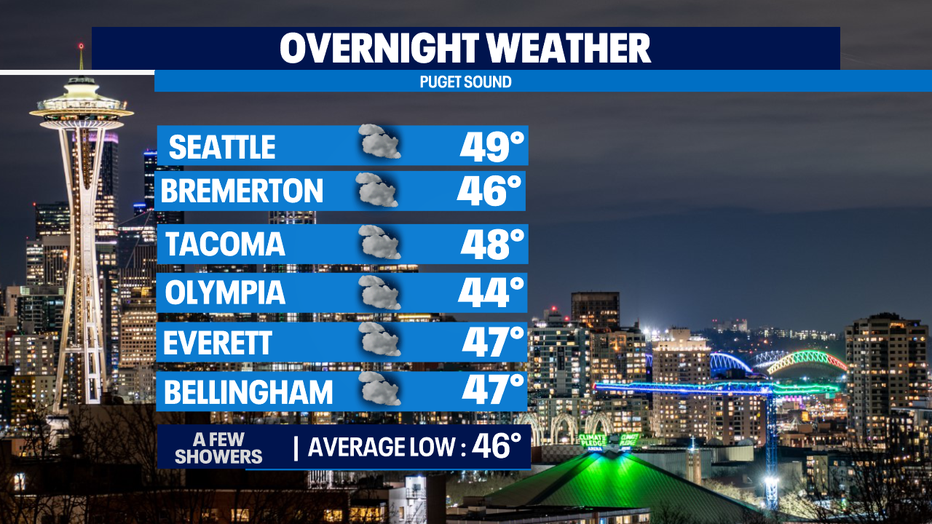 The work week starts mostly cloudy and dry with temperatures in the mid 50s.   Clouds will decrease Tuesday for a partly sunny day with highs landing near average at 60. 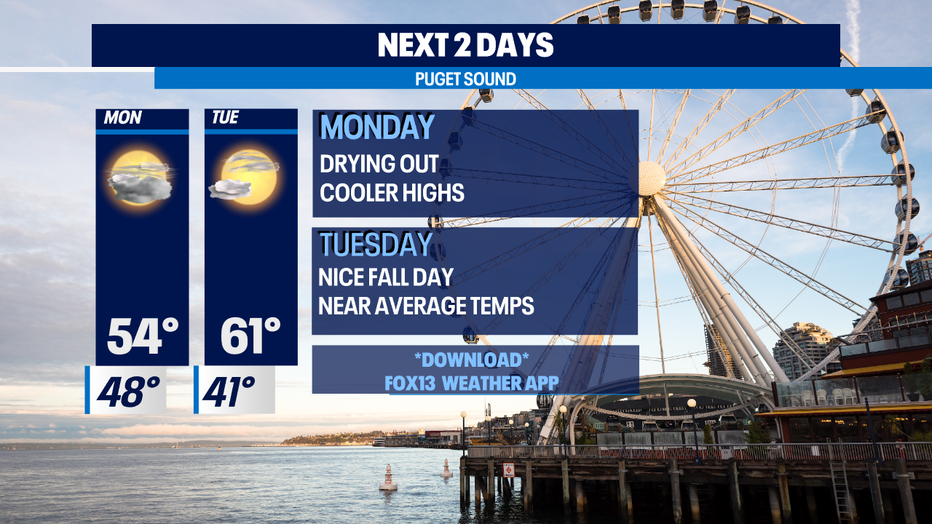 The rest of the week features a few systems rolling into the Pacific Northwest bringing cloudy and showery days ahead.  Highs will cool some from the upper 50s to near 60 to the low to mid 50s.

Wednesday looks to be the sloppiest day of the week with heavy rain at times and breezy winds.

Thursday into the weekend brings mostly cloudy skies with a chance of showers.  Highs fall into the mid to low 50s.

Have a great week all!  ~Erin Mayovsky, FOX13 Forecaster 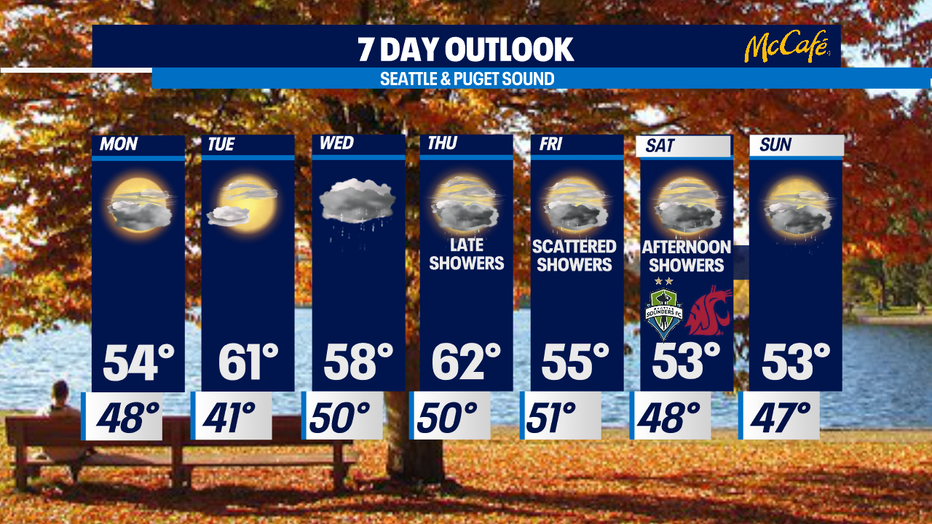 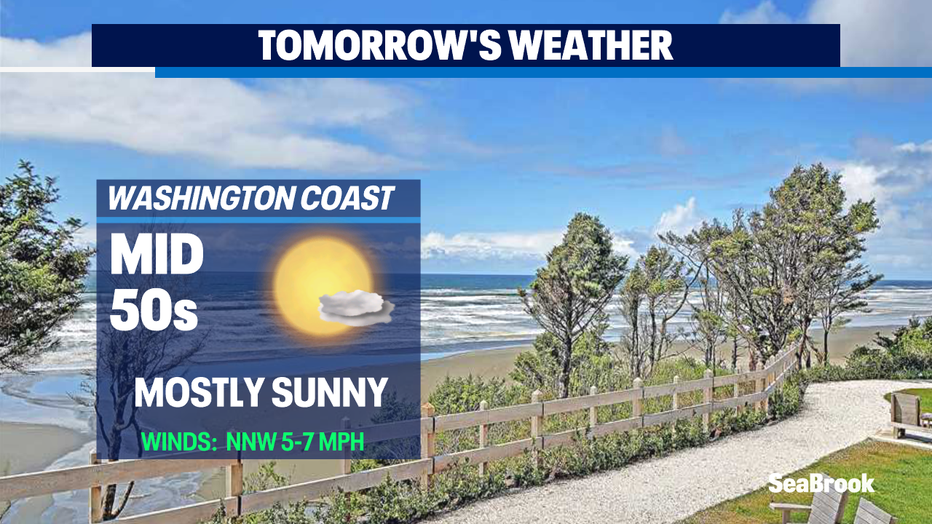 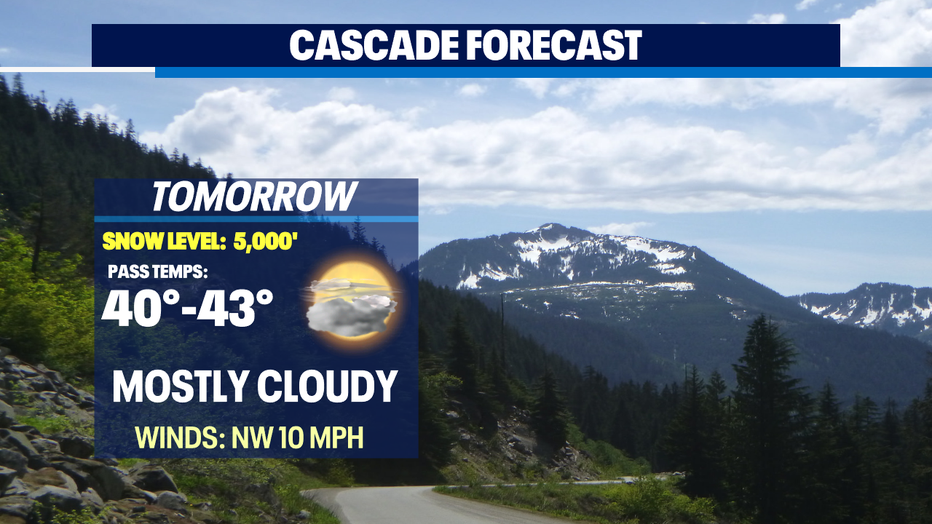 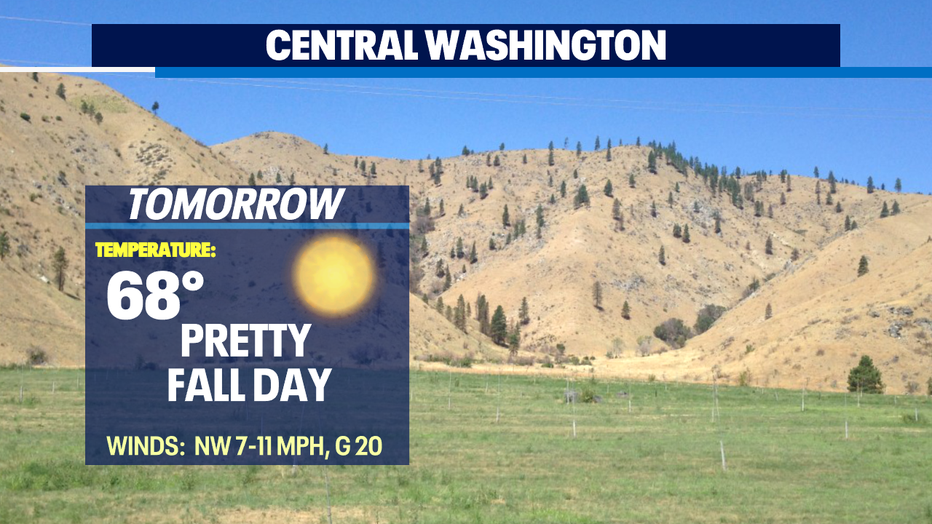