Seattle - Happy Wednesday! Highs landing below average around the region.  Seattle topping out in the mid 60s while the coast struggled to get out of the upper 50s to low 60s. 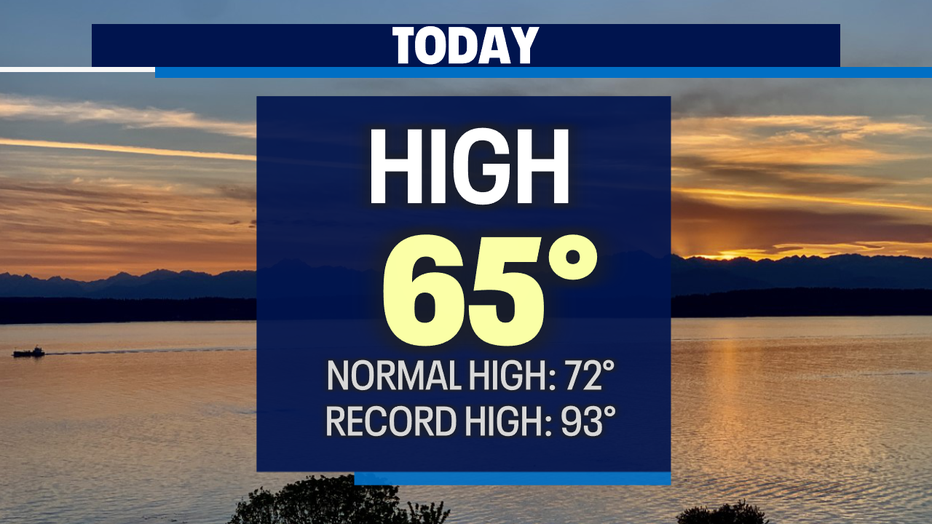 As skies continue to clear overnight lows will fall well below normal into the upper 30s to mid 40s!  Brr!  Seasonal norm for this time of year is 54 at SeaTac. 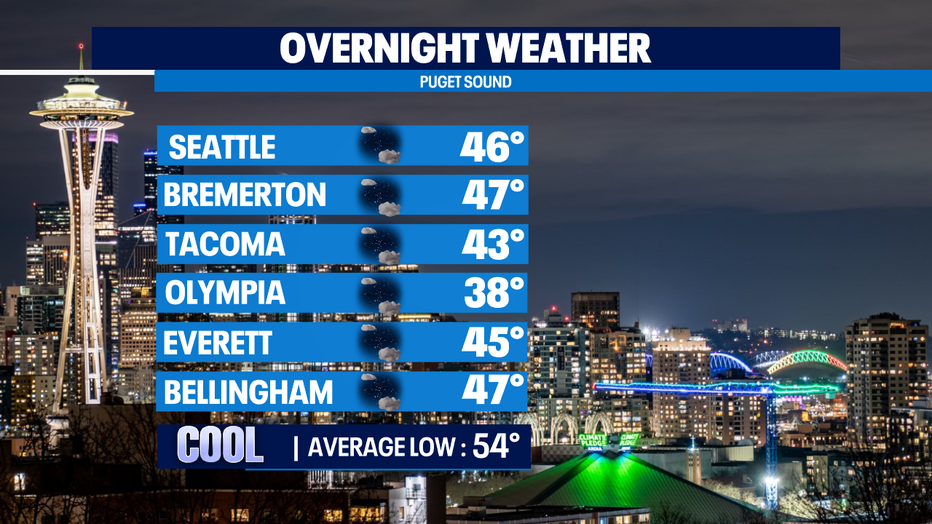 Make sure you enjoy the outdoors Thursdays as a weak ridge keeps us mostly sunny and dry!  But as we say goodnight to Thursday, clouds will increase with showers moving in right behind.  This system promises to deliver our first decent weather maker since mid-June.  Look for rain to be heavy at times with breezy to windy conditions across Puget Sound.  The Coast and North Sound will see higher wind gusts, which is traditional of a Fall storm. 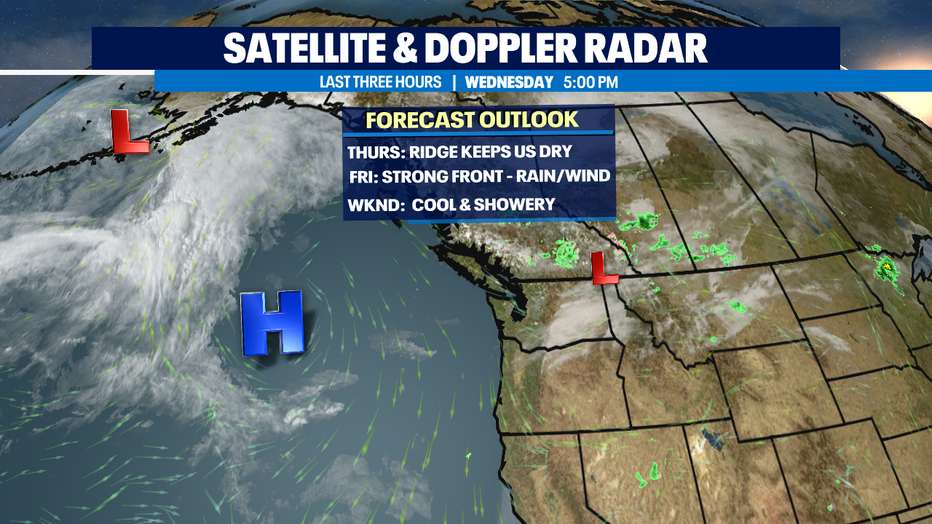 Take a look at "Futurecast" for Friday as rain continues to be heavy at times.  Winds will get gusty too, especially for the Coast, the Strait, through the North Sound. The National Weather Service issuing a "Wind Advisory" for Friday between 5am - 8pm for gusts up to 50 mph with sustained winds out of the SE at 30-40 mph. 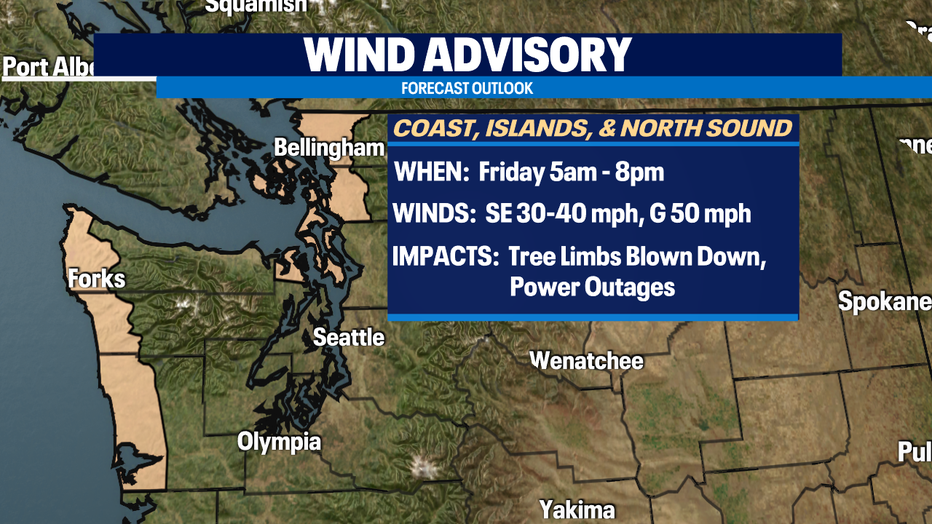 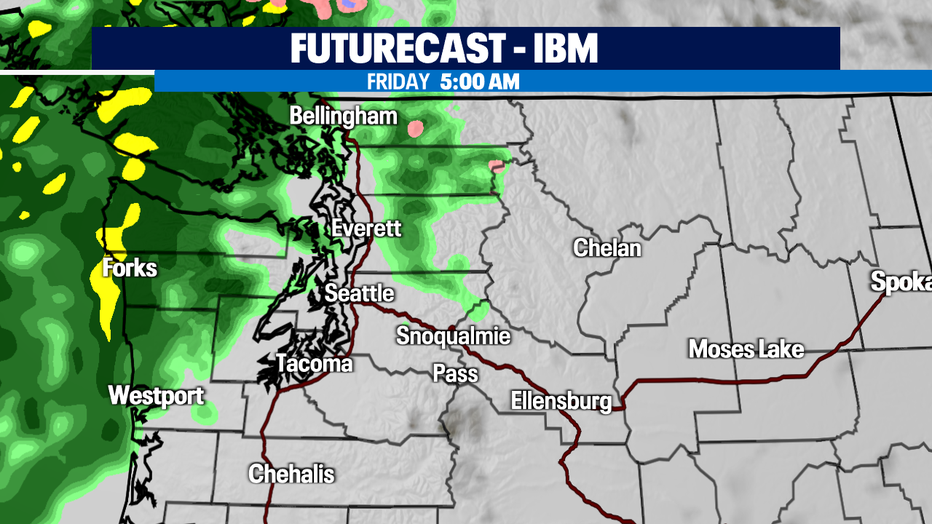 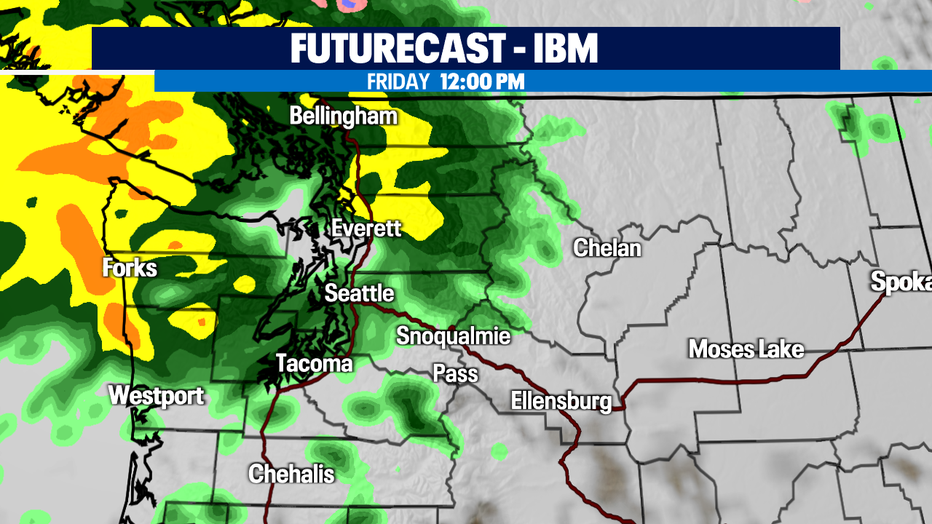 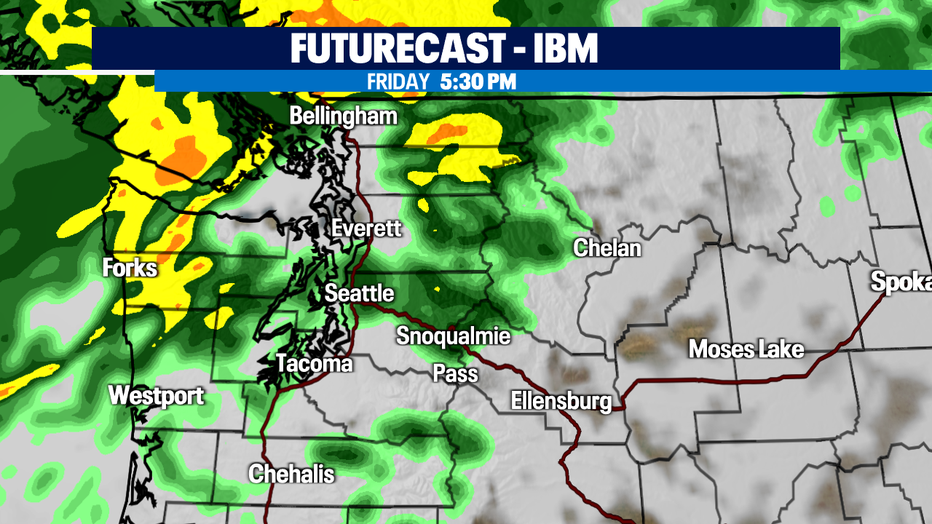 We'll remain cool and showery through the weekend with the threat of isolated thunderstorms too.  Rain totals will be impressive as we close out the weekend. The coast, near Forks, could pick up near 3.5" in the bucket.  Inland we'll see less, but still gaining a decent base in the gauge and that is a welcome sight, especially at SeaTac where we've seen minimal rain over the summer. 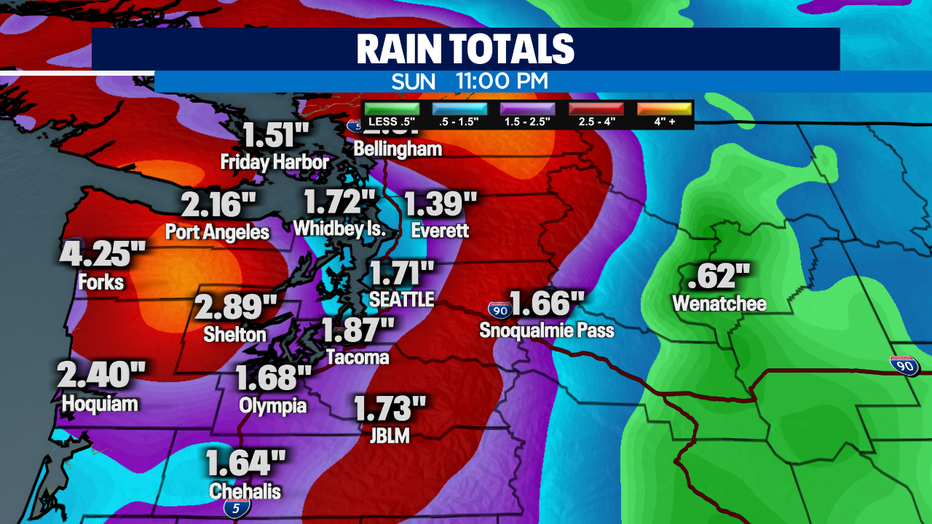 Perfect weather for our Seahawks as they host the Titans this weekend at Lumen Field.  Kick off set for 1:25pm with cool and showery conditions. 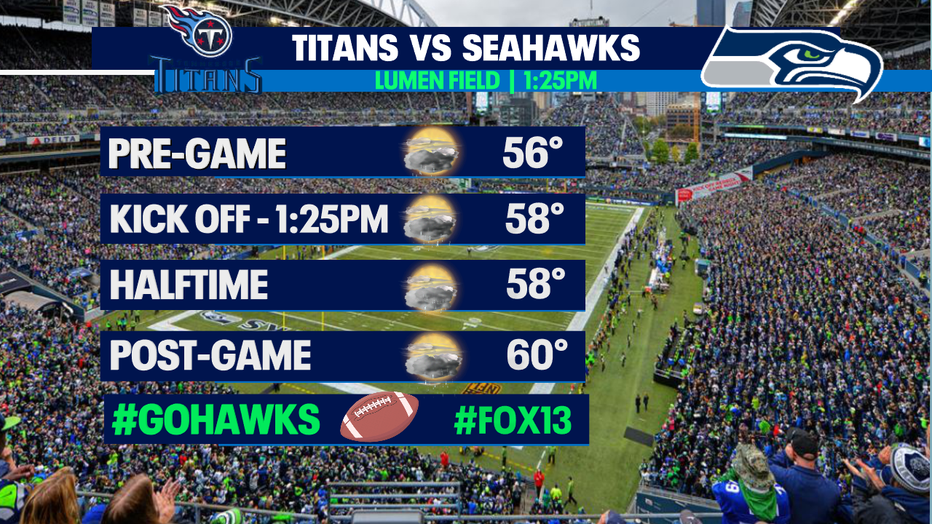 Once we push past the weekend the forecast settles down some as we transition into the Fall season!

Tuesday looks nice as we warm a few degrees into the upper 60s.

Wednesday a chance of rain returns under mostly cloudy skies with temps in the upper 60s. 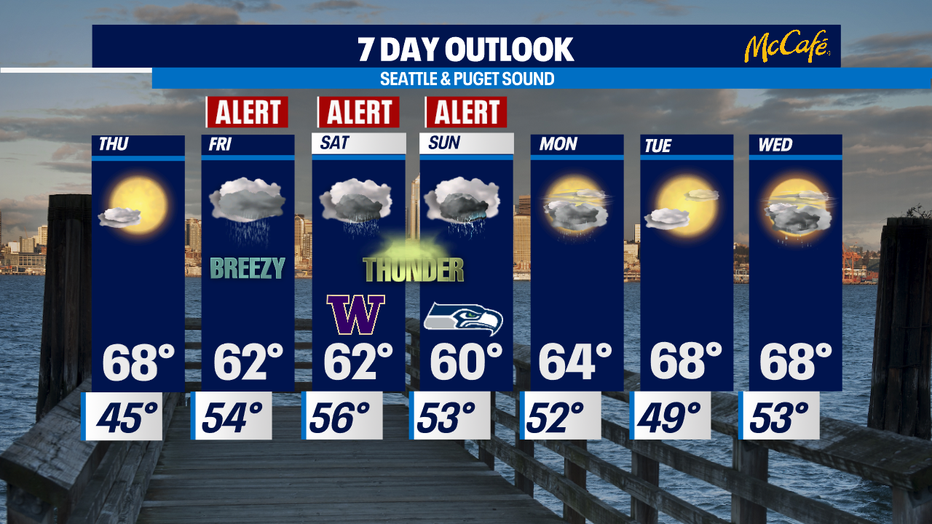 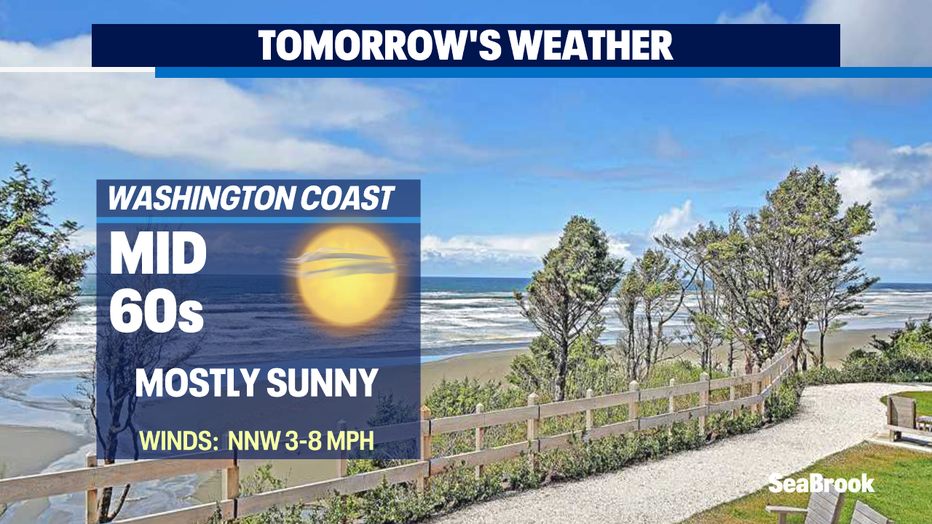 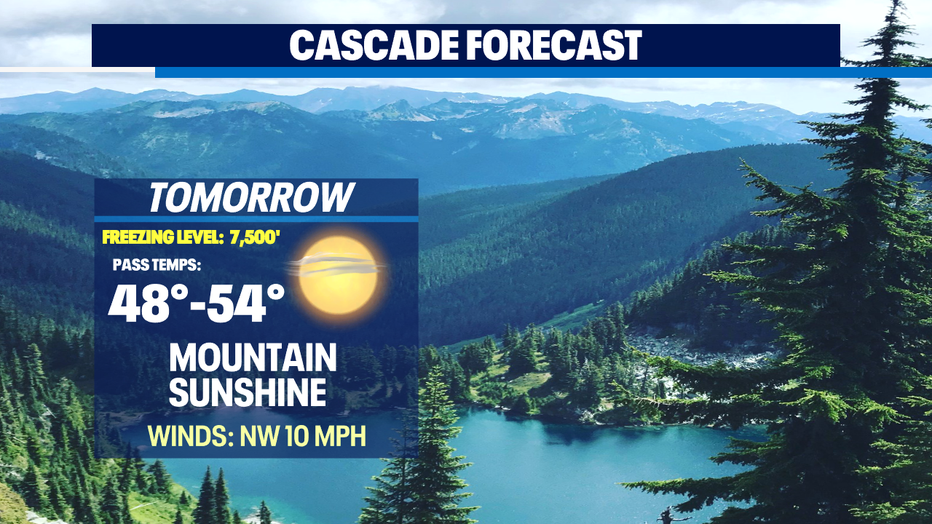 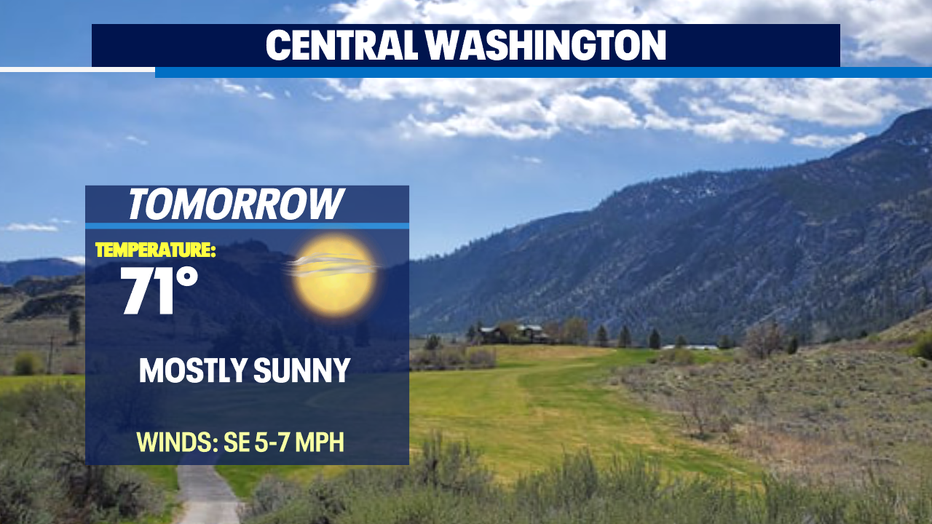 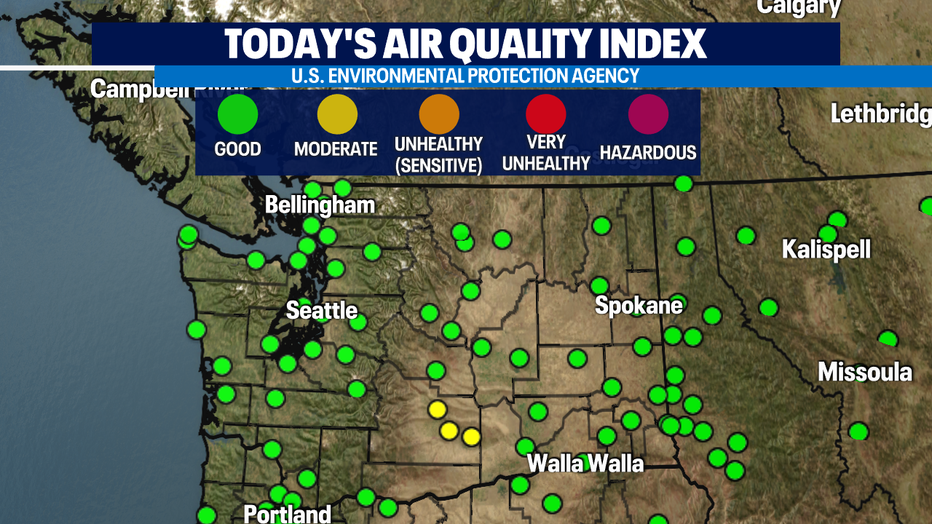