Seattle - Not bad as we cruise into this Labor Day holiday weekend! Look for highs around the metro area in the mid to upper 70s. 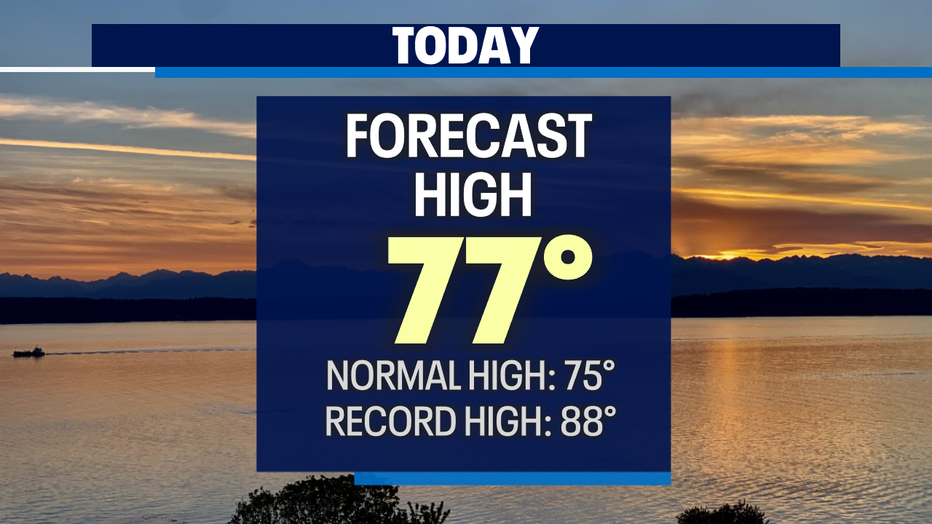 Most overnight lows will stay above our average of 55 for this time of year.  We'll keep a chance of showers in the forecast into early Sunday morning for the mountains mainly with a few showers over the North Sound. 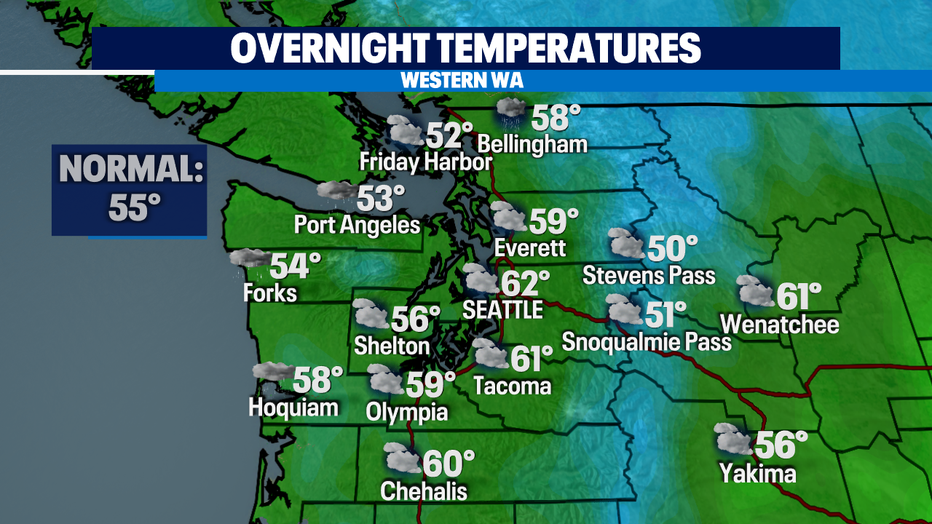 A weak front will push some showers into the region later tonight.  Just after dinner the NW WA Coast will see showers first, then they'll drop down the Central Coast and push inland through the Strait, Islands, and North Sound.  At this point most models have the Seattle area staying dry.  Highs will climb to near normal in the mid 70s. 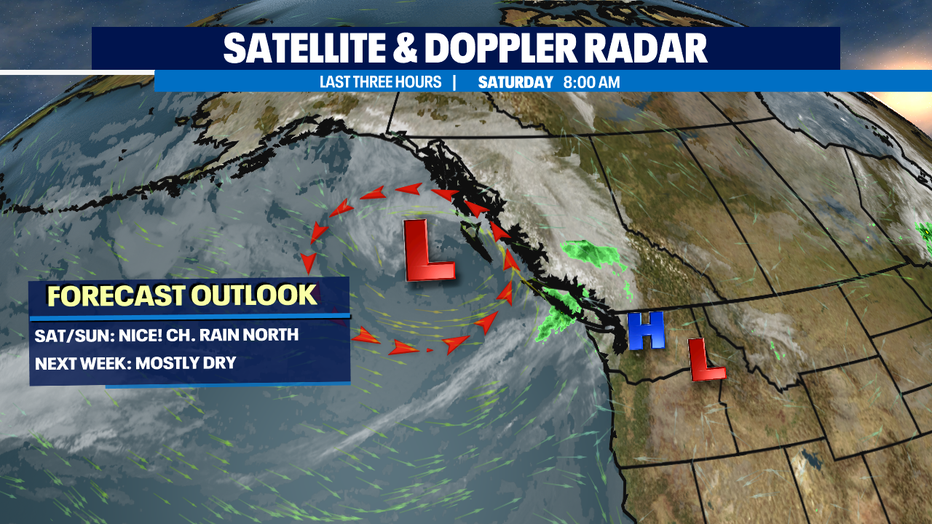 Here's a look at the timing of rain moving onshore just after 7:30pm tonight.  By 8am Sunday morning showers will be pretty sparse around Puget Sound. Most will scatter and ride up over the mountains. 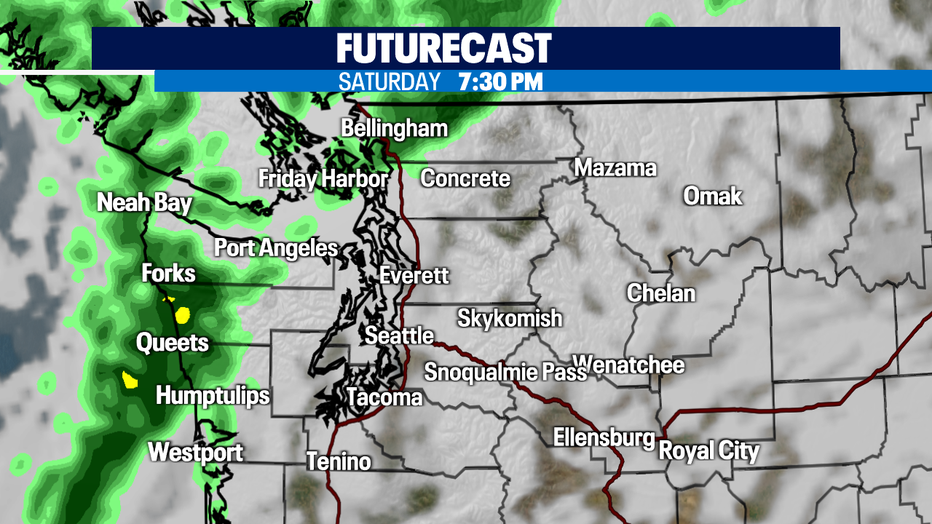 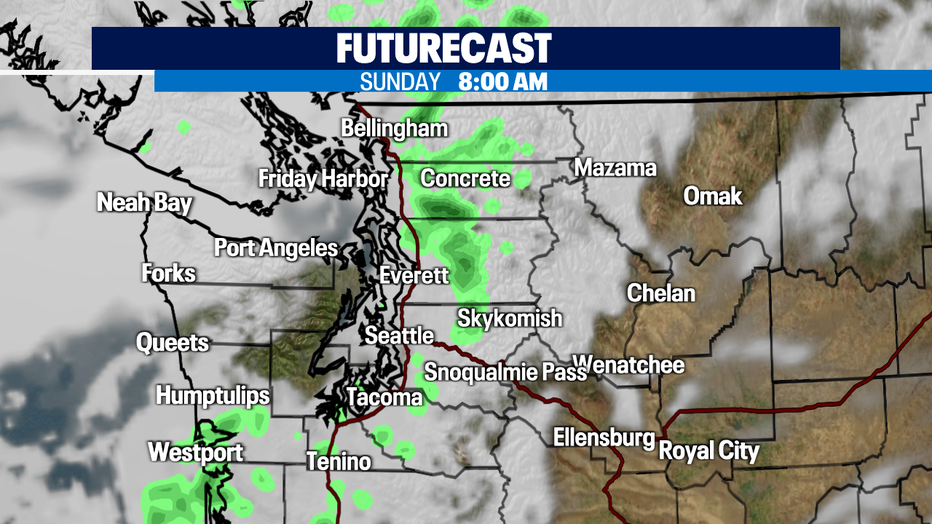 A big weekend for college football in the Northwest!  Both the Huskies and Cougars hit their home turfs!  Huskies kick off from Montlake at 5pm against the Grizzles and the Cougars get going after dark at 8pm at Martin Stadium vs Utah State. 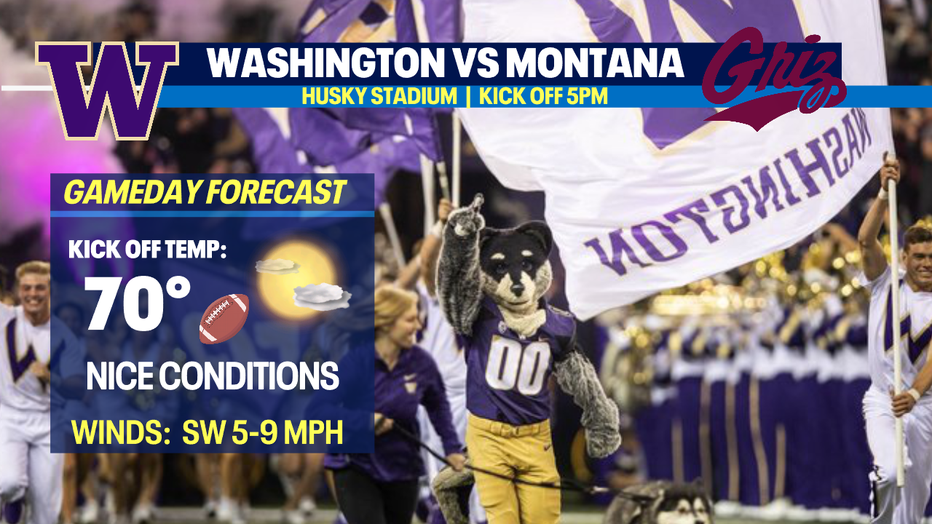 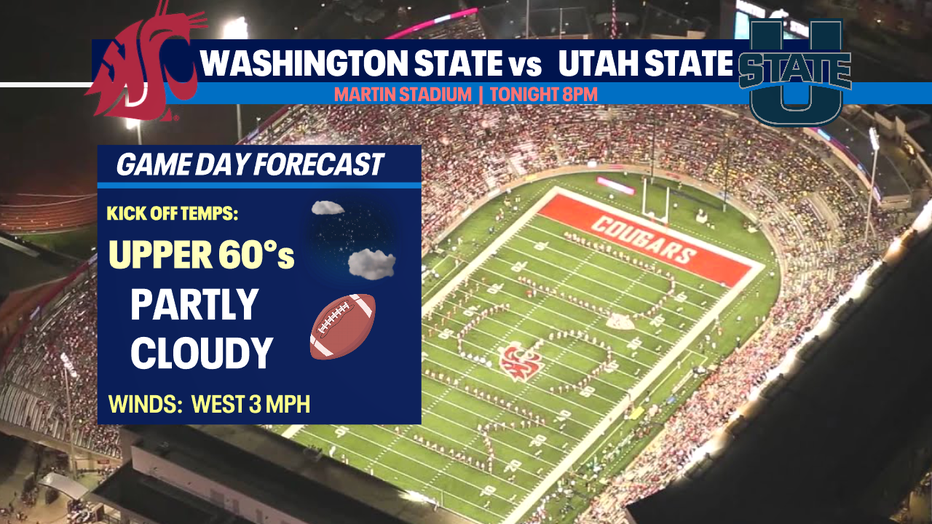 Our Labor Day forecast looks great at this point.  Dry and warm conditions this year! 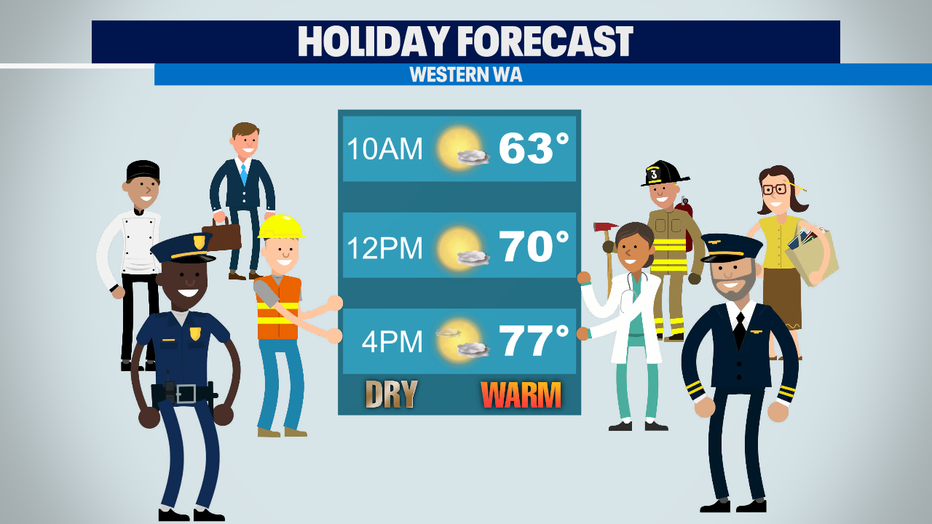 An upper-level ridge will build in north of us early into the work week.  Temperatures will peak by Tuesday in the upper 70s to near 80.  Summer hangs on!

By Wednesday we may see an unsettled atmosphere as deeper troughing over the Pacific could send a few showers our way. We will wait and see what develops.  As of now highs will cool into the upper 60s to low 70s. 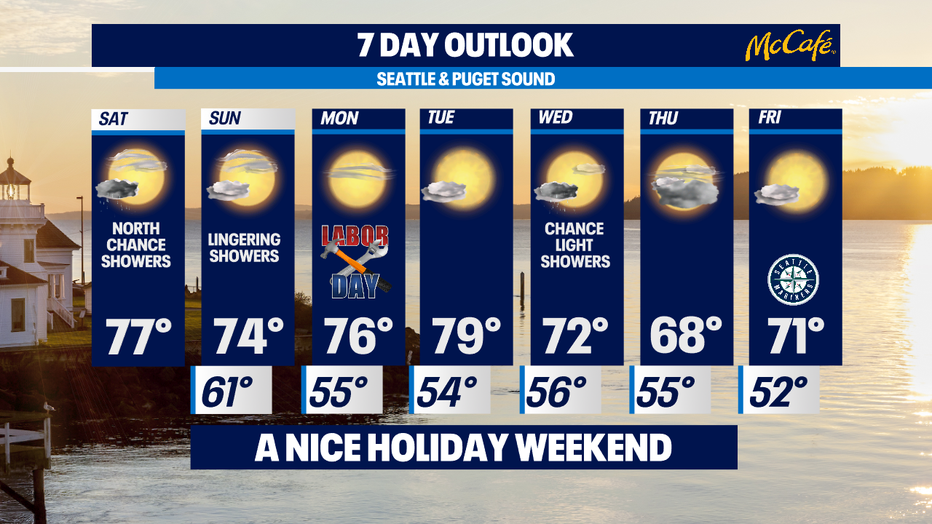 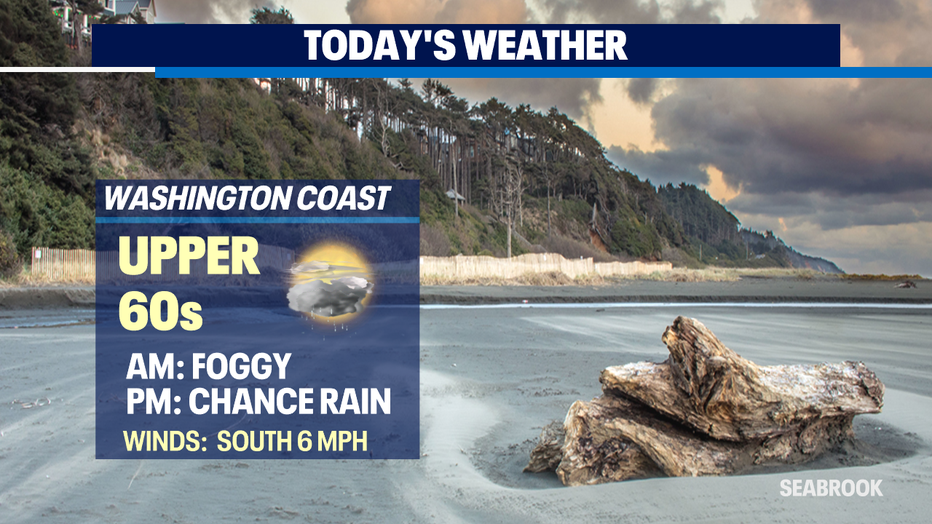 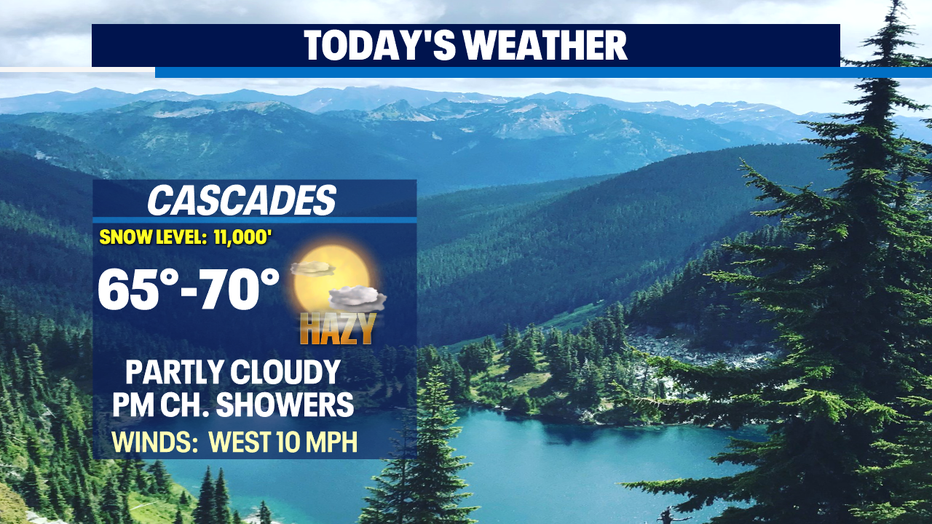 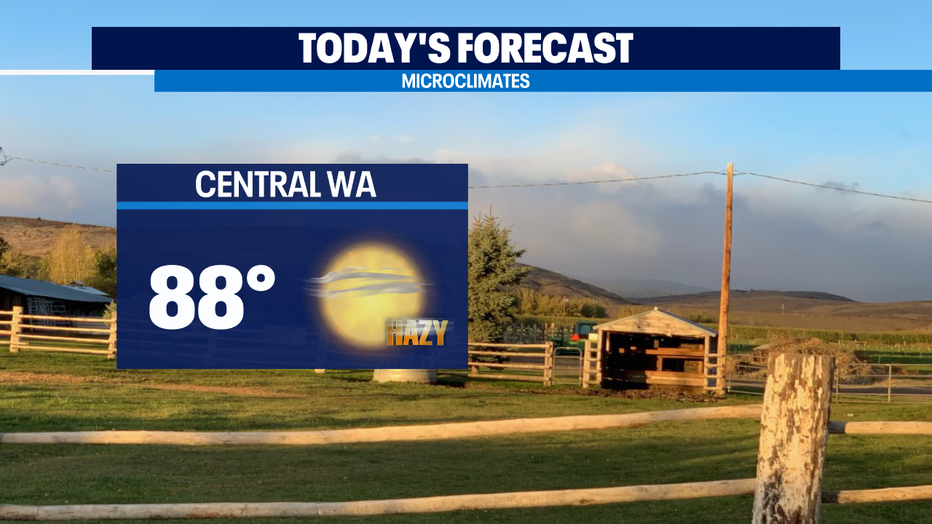 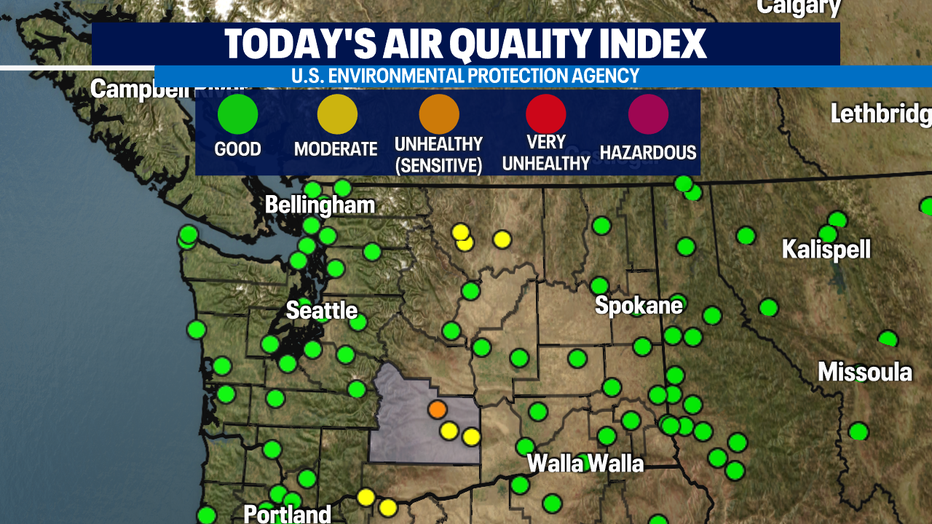