SEATTLE - Thursday brought more blue skies around the region, but temperatures were cooler than average again. Sea-Tac only warming into the low 40's. 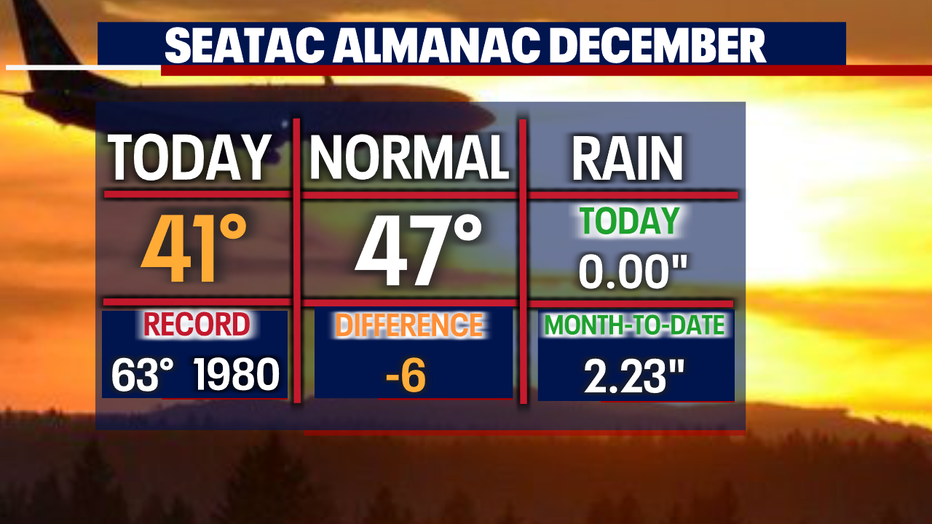 The weekend brings change with a pattern shift. We say goodbye to high pressure and welcome in cold Arctic air from the north.

With cold air in place along with lowering snow levels and the chance for precipitation moving into the area comes the chance for more December snow into next week. 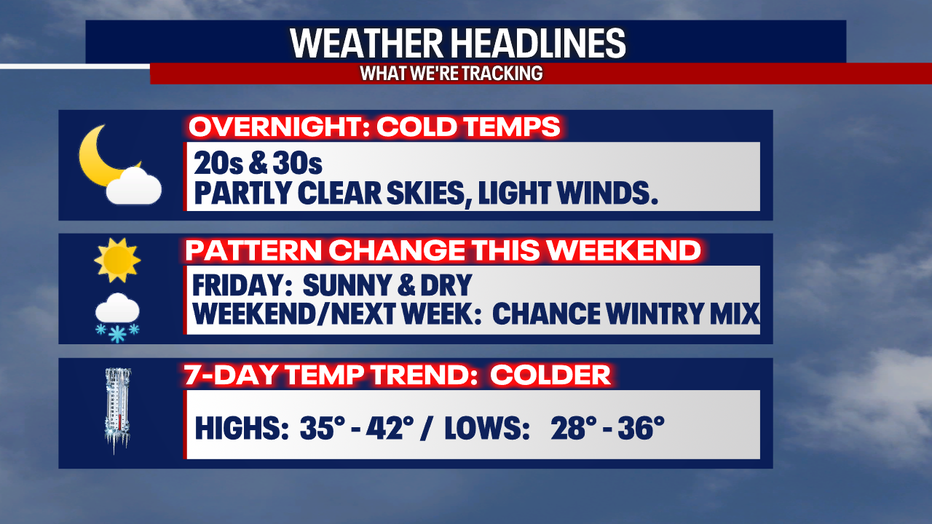 Check out our seven-day overnight low temperatures. All morning lows are below average with some very cold starts on tap. Dress in layers folks! 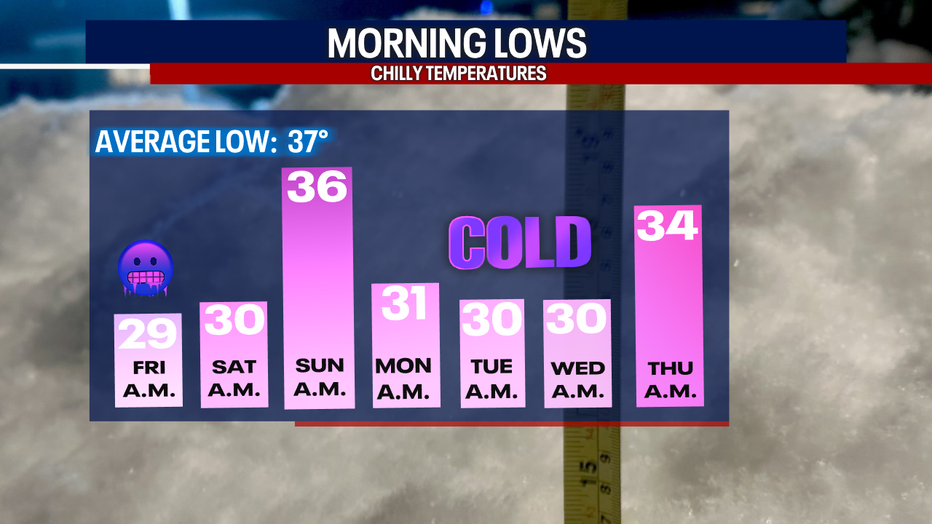 Here's a look at our beautiful Friday! Expect plenty of blue skies across the Pacific Northwest. Allow for extra tomorrow morning as we expect a frosty start. 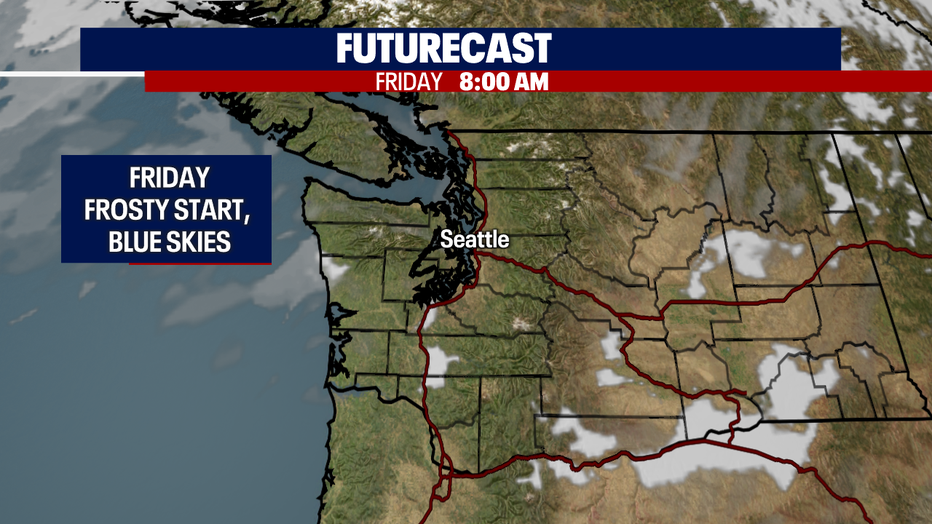 Highs Friday are cooler than normal, but hey we're used to this situation by now. Our temperature trend this month is definitely on the cooler side of average. 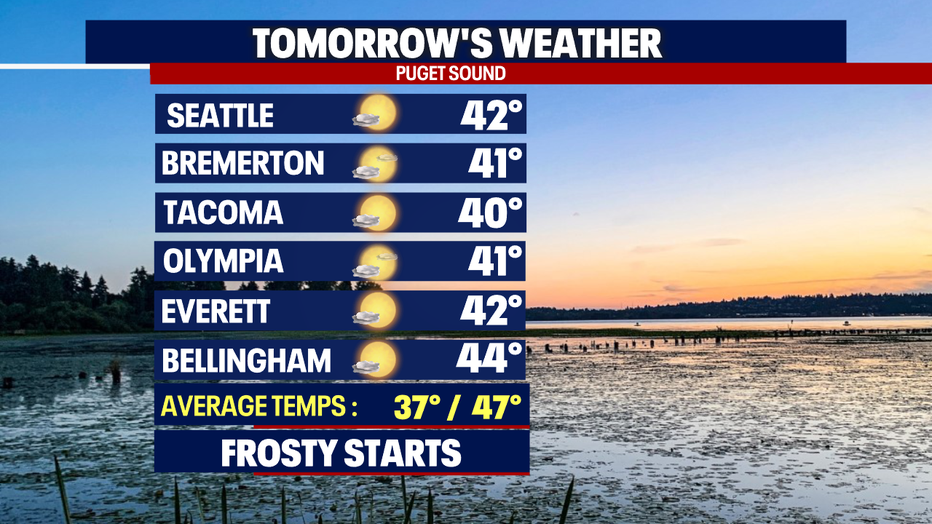 A peek into the weekend shows us that area of low pressure helping to drop in cold Arctic air by Sunday and potentially bringing our snow levels down to near surface. 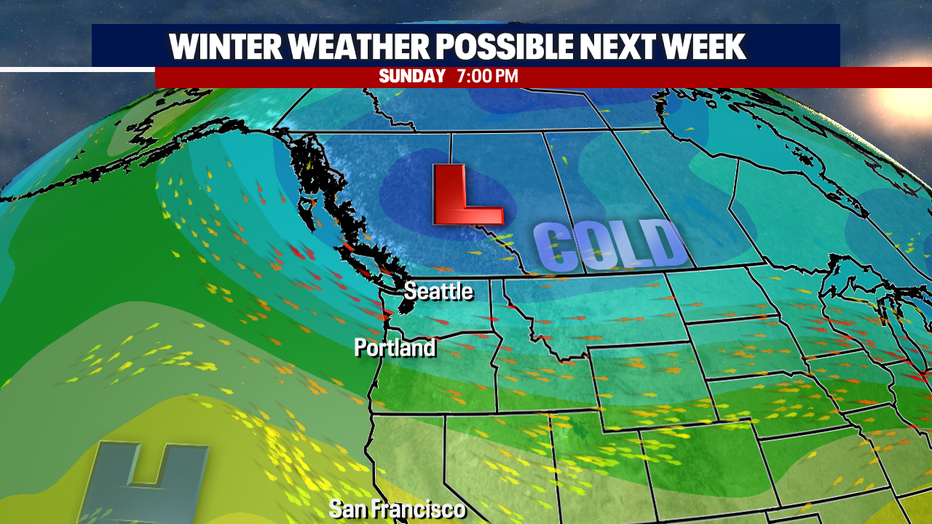 As we are in transition late Saturday night we'll bring back some rain, mainly for the North Sound with snow over the Cascades. 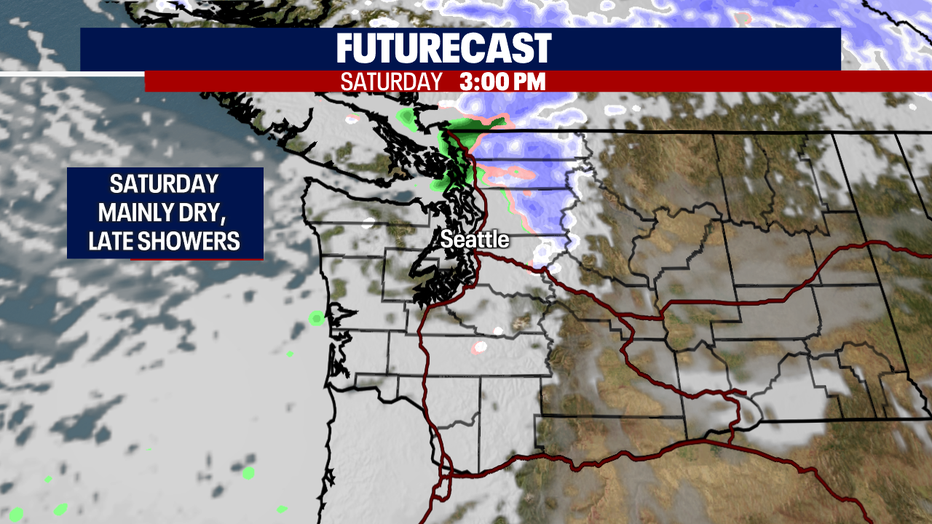 We have a better shot for a rain/snow mix into the lowlands Sunday.  And again we're watching the North Sound mainly, but a few early showers could move through the Central and South Sounds. Highs Sunday land in the upper 30s. 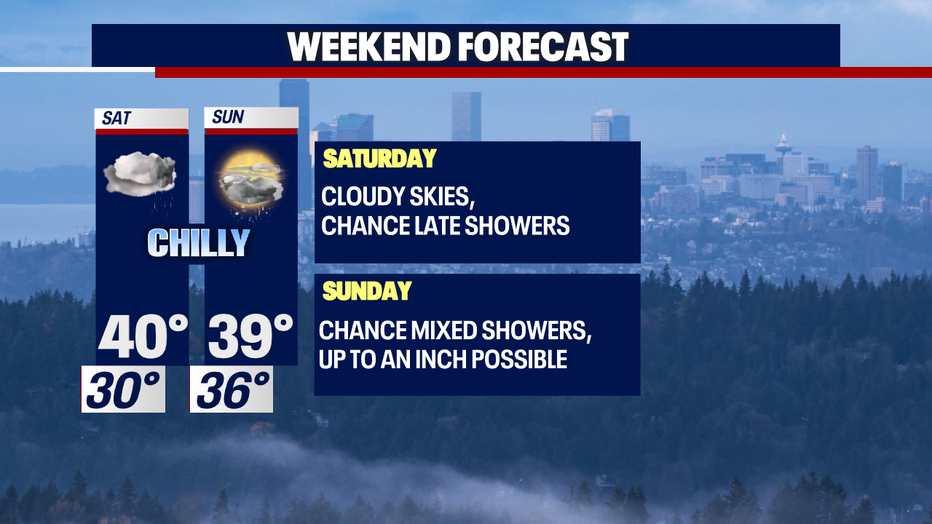 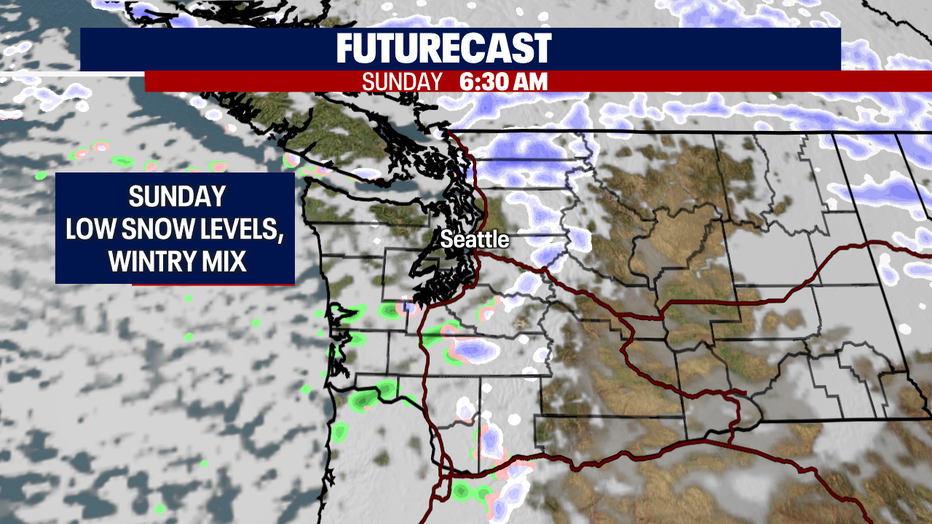 As we start the work week snow levels remain low, but Monday at this point looks mostly cloudy and dry. Highs are cold!  In fact, our daily highs are forecast colder than our average overnight lows.  Yikes!

Those dry conditions will roll into Tuesday through about midday, but by late afternoon showers return. With snow levels near 2,000 feet, we mostly likely will see snow falling or at least a rain/snow mix across the Sound. We can expect heavy snow over the mountains at times.

Wednesday welcomes the first day of winter with most precipitation falling north and south of Seattle. Any snow that falls Wednesday will turn back to rain by Thursday as temperatures warm up into the mid 40s.  Stay tuned all!

Have a great Friday all! ~Erin Mayovsky, FOX 13 Forecaster 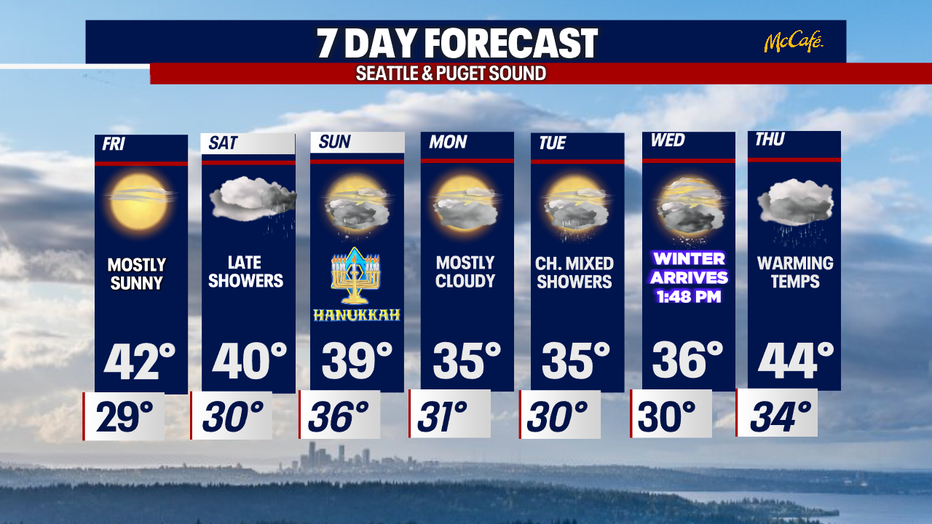 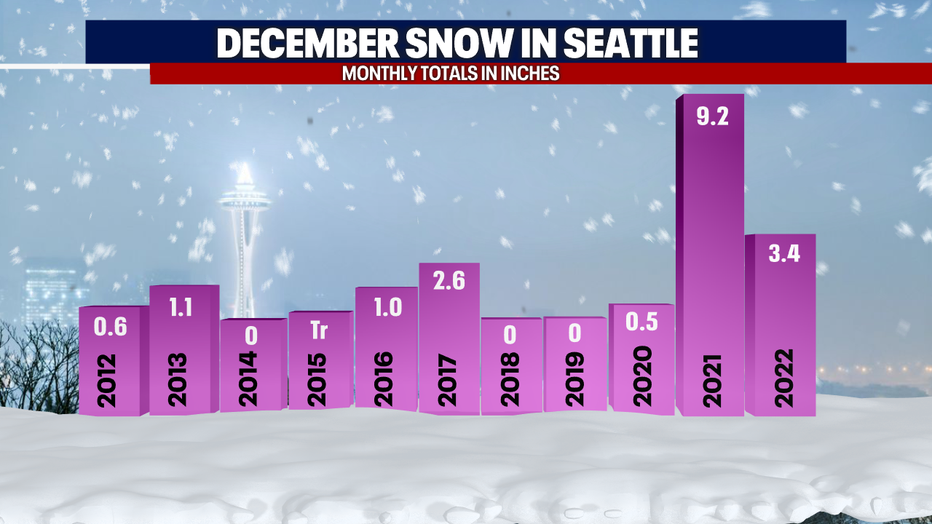