Now is the time to prepare; scorching temperatures return to Seattle on Tuesday. The 90s stick around through Friday.

SEATTLE - You peek at the schedule and decide it's a great day to take yourself out to the ol' ball game. You snag the tickets, find that ball cap and make the trek to the baseball park, only to have the game go into a several-minutes-to-hours-long rain delay. Or worse, the game gets washed out. Day: ruined.

At eight stadiums around the league, that is not a worry, as seven have retractable roofs that can close to keep the rains away (plus the enclosed Tropicana Dome for the Tampa Bay Rays.)

As someone who lives in Seattle, which is one of the most frequently rained on cities in America and home to one of those retractable roof stadiums at T-Mobile Park, I wondered if any other stadium used its roof more.

Turns out, they ALL do!

For some stadiums, it's a bit apples-to-oranges to compare to Seattle. Four of the stadiums with retractable roofs are in the South: Phoenix, Houston, Miami and Arlington, Texas. Those cities have brutal summer heat, and for the Texas teams and Miami, brutal humidity to go along with it. The roofs are there to not only keep thunderstorms away but keep fans comfortable even on dry days. 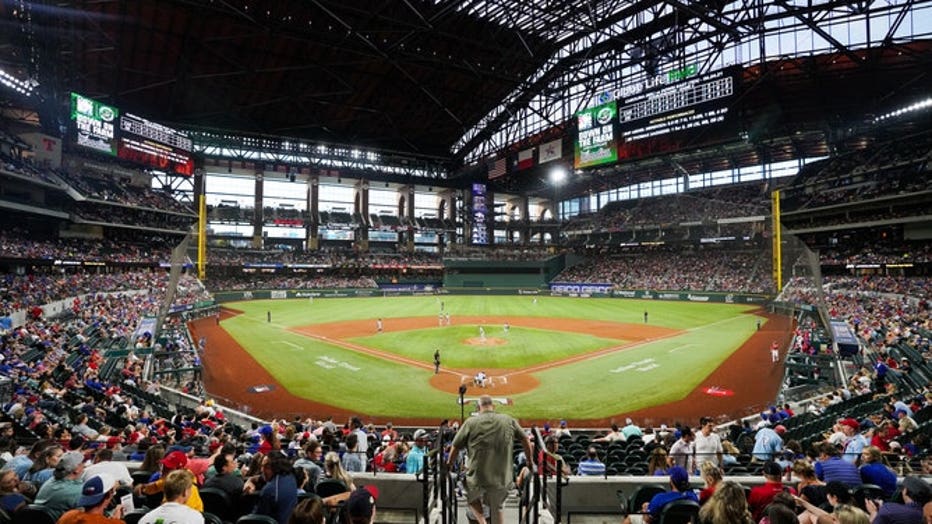 ARLINGTON, TX - JUNE 25: A general view of fans in the stands during the game between the Texas Rangers and the Kansas City Royals at Globe Life Field on June 25, 2021 in Arlington, Texas. (Alex Bierens de Haan / Getty Images)

"Obviously, rain and heat are the main factors in deciding whether to play open (roof)," said John Blake with the Texas Rangers. They just opened their new Globe Life Field with a retractable roof in 2020, providing respite from years of games in triple-digit heat. "In terms of temperature, the loose barometer is about 85 degrees, but other factors include humidity and wind. We will normally stay closed on an above-average humid day or night even with a lower temperature. And if the wind gusts are higher than about 25-30 mph, we likely would also play closed."

HOW WEATHER CAN HELP YOUR BASEBALL TEAM WIN… OR LOSE 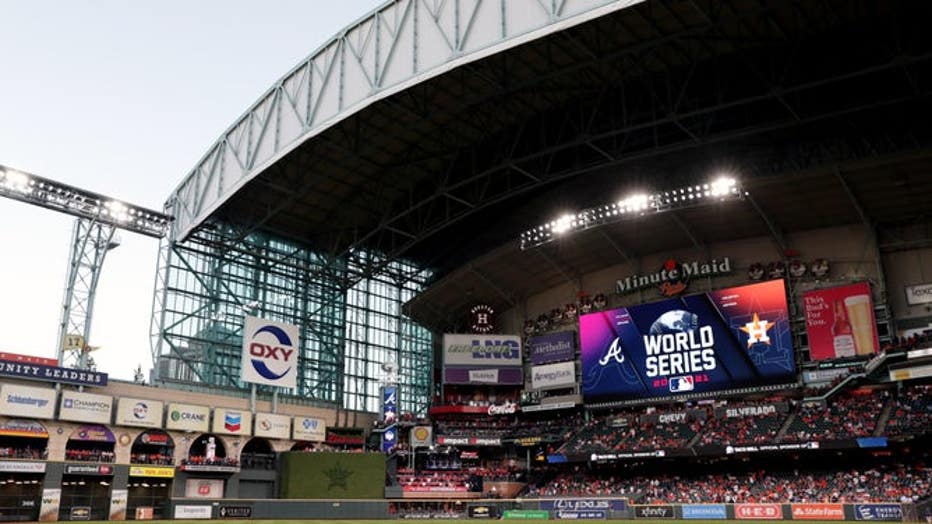 A general view of Minute Maid Park with the roof open prior to Game 2 of the 2021 World Series between the Atlanta Braves and the Houston Astros on Wednesday, October 27, 2021 in Houston, Texas. (Mary DeCicco/MLB Photos / Getty Images)

Houston had just seven games out of 81 home games played with an open roof at Minute Maid Park last season.

"We typically open in all of April and potentially a few in September," said Steve Grande, of the Houston Astros.

Their roof used to be open more often the first few years after the park opened in 2000 -- averaging about 25 games with an open roof and another 30 games or so when the roof would either open or close during the game. Grande speculated the uniqueness of the moving roof eventually wore off, and it didn't need to be shown off each game. He said the players also prefer a controlled environment.

Arizona's triple-digit heat but arid climate allows the roof to open a bit more frequently, especially in the early and later months. In 2021, the roof was open for 25 home games. The stadium boasts a robust air conditioning system that can cool the stadium quickly and allow the roof to remain open longer. 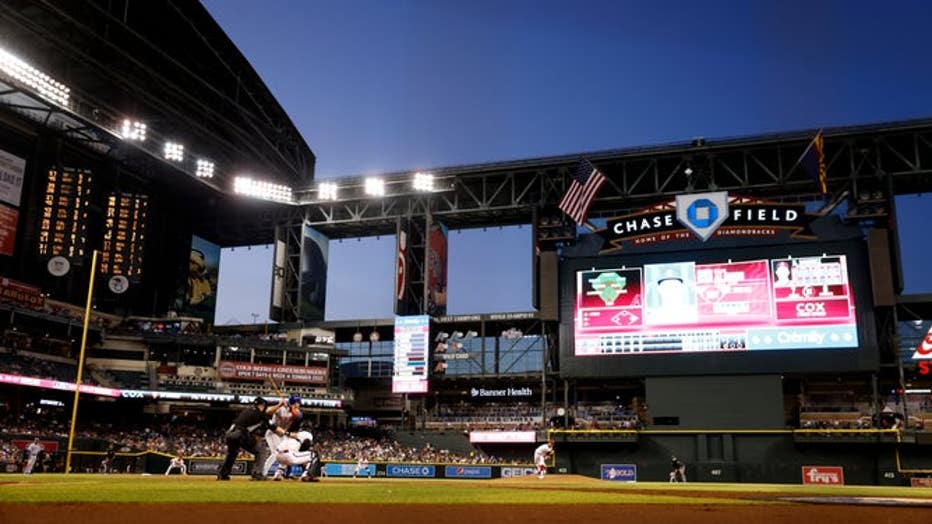 A general view during the game between the Arizona Diamondbacks and New York Mets at Chase Field on April 23, 2022 in Phoenix, Arizona. (Chris Coduto / Getty Images)

The award for "why does the roof even retract?" goes to Miami though, which played under an open roof…just twice in 2021. Thunderstorms are a near-daily summer occurrence and South Florida will never be without humidity during any game. 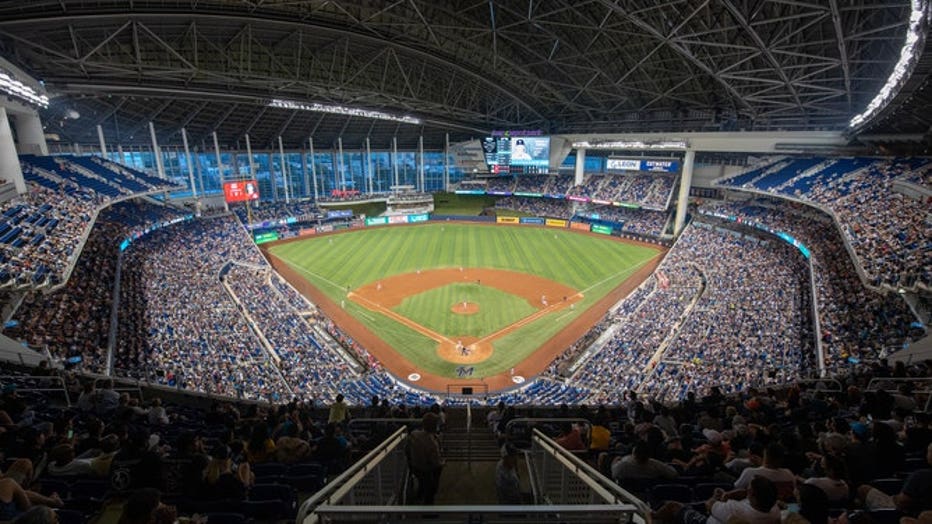 A general view of loanDepot Park during the game between the Miami Marlins and New York Yankees on July 31, 2021 in Miami, Florida. (David Roth/Miami Marlins/MLB Photos / Getty Images)

The other two retractable roof stadiums aside from Seattle are also in the North: Milwaukee and Toronto. Here, rain (and snow) are more of a factor to guard against game delays or postponements. 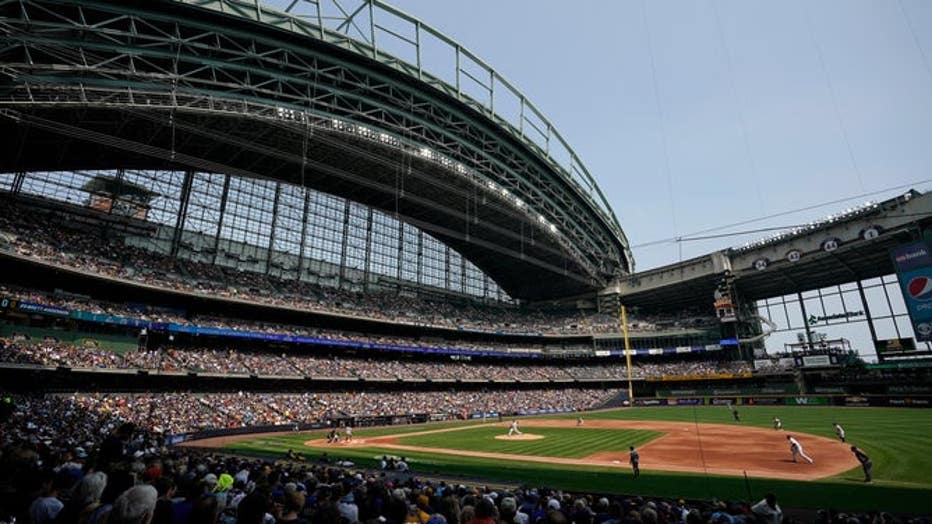 A general view as Brett Anderson #25 of the Milwaukee Brewers pitches in the second inning against the San Francisco Giants at American Family Field on August 08, 2021 in Milwaukee, Wisconsin. (Patrick McDermott / Getty Images)

"Precipitation, temperature and wind are all factors, and with conditions changing during games at times, the roof is not always open or closed for the entire game," said Andrew Gruman, of the Milwaukee Brewers.

In 2021, the season was nearly evenly split, with 42 games played under an open roof and 39 games played enclosed. 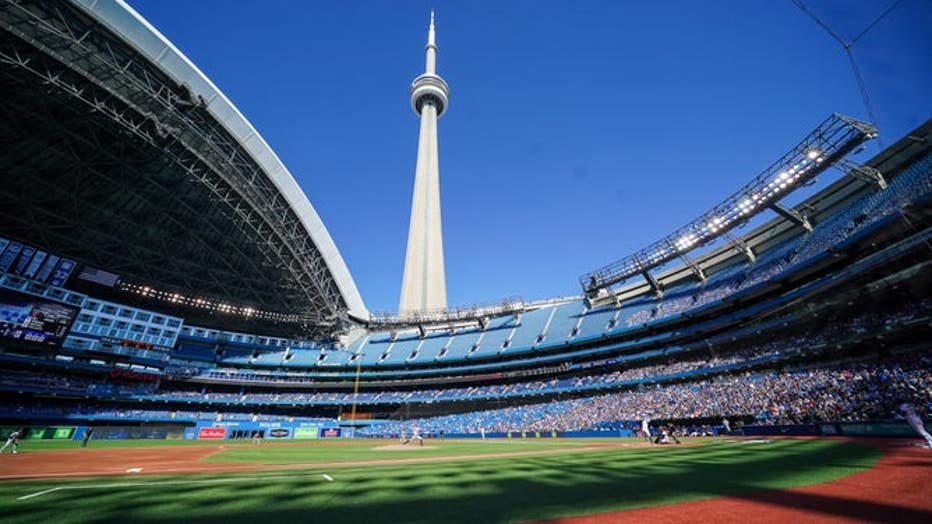 A general view during a game between the Minnesota Twins and Toronto Blue Jays on September 18, 2021 at Rogers Centre in Toronto, Ontario. (Brace Hemmelgarn/Minnesota Twins / Getty Images)

I don't have applicable 2021 data since the Blue Jays haven't played a full season in their home park since before the pandemic began due to travel restrictions crossing to and from Canada.

However, over the stadium's life, they have averaged 44 games with the roof open, 32 with it closed and five games where the roof was extended or retracted during the game.

But Seattle has to be closed more than that, right?

Wrong, and it's not even close.

In all of 2021, Seattle used their roof a whopping 13 times -- 10 times it was closed start to finish while the roof was extended during play for three additional games. 2021 was a bit of a drier spring and summer, but even if you add up all the years the park has been open since 1999, the stadium averages only about 17-18 games a year with a closed roof, according to Alex Mayer, Baseball Information Coordinator for the Seattle Mariners.

How can Seattle use their roof the least?

First of all, Seattle's stadium is unique among its retractable roof brethren in that extending the roof does not enclose the stadium, it just covers the field -- think of it like a carport. Thus, the stadium is not temperature controlled but just under a big umbrella. Whether it's 32 degrees or 92 degrees, there is no point in closing the roof for temperature comfort. 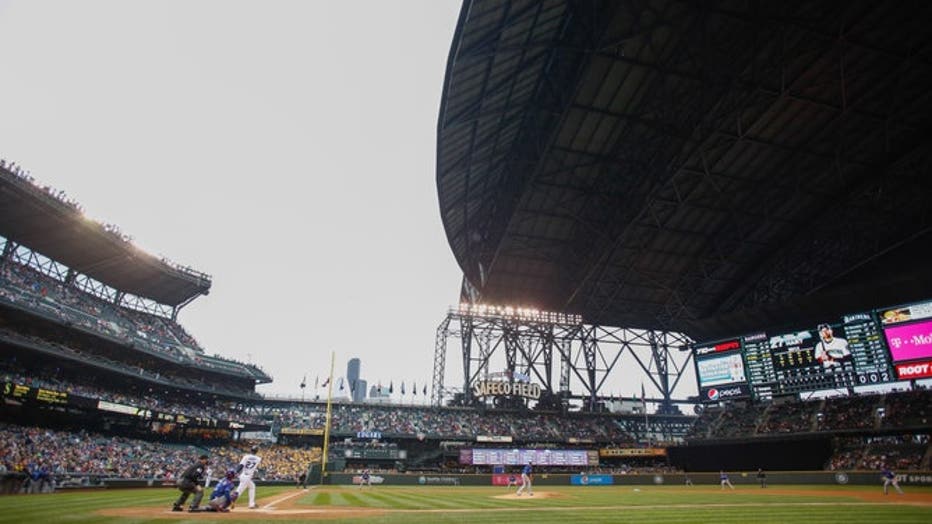 The roof slowly closes as rain begins to fall during the game between the Seattle Mariners and the Texas Rangers at Safeco Field on April 26, 2014 in Seattle, Washington. (Otto Greule Jr. / Getty Images)

Second, while Seattle's fall and winters feature rain several days a week, the late spring and summer seasons are quite dry. The city averages only about an inch of rain in July and August, meaning most baseball games can go off without any worries from rain.

However, team officials will tell you the roof is important because many fans drive multiple hours to reach the stadium and having the confidence the game won't be rained out is important. So far, 2022 has proved it well as the roof has been already been used 16 times due to a very soggy spring -- but still far behind much of the other stadiums' use.