Seattle - Another above average high temperature day!  We hit 88 Wednesday, but don't get used to the upper 80s because 70s are right around corner as a weak front approaches Puget Sound. 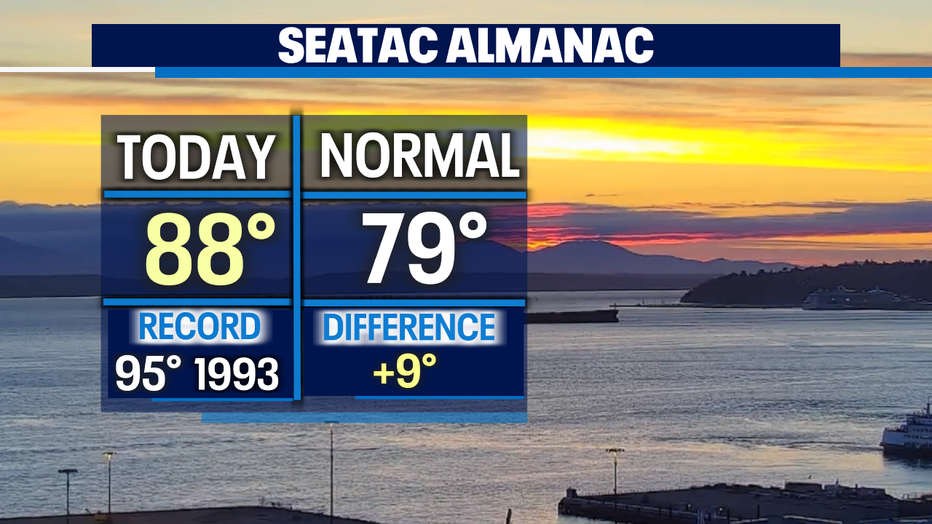 The system we are keeping a close eye on is out of the Gulf of Alaska and as it slides southeast, we're hoping to pull down a few showers to finally put some rain in the bucket at SeaTac.  At this point most of the showers look to land north in Snohomish County and through the islands. We shall see as some models are not in agreeance. Fingers crossed for at least some light rain. 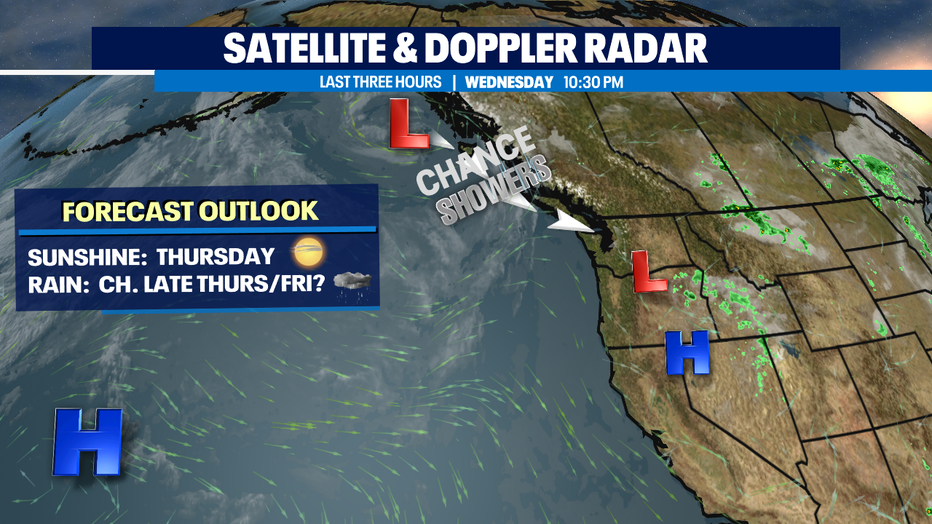 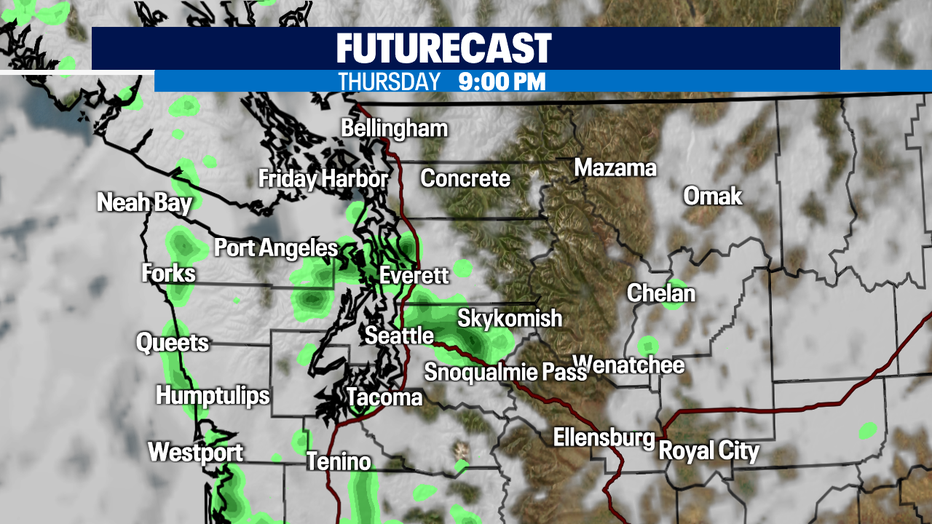 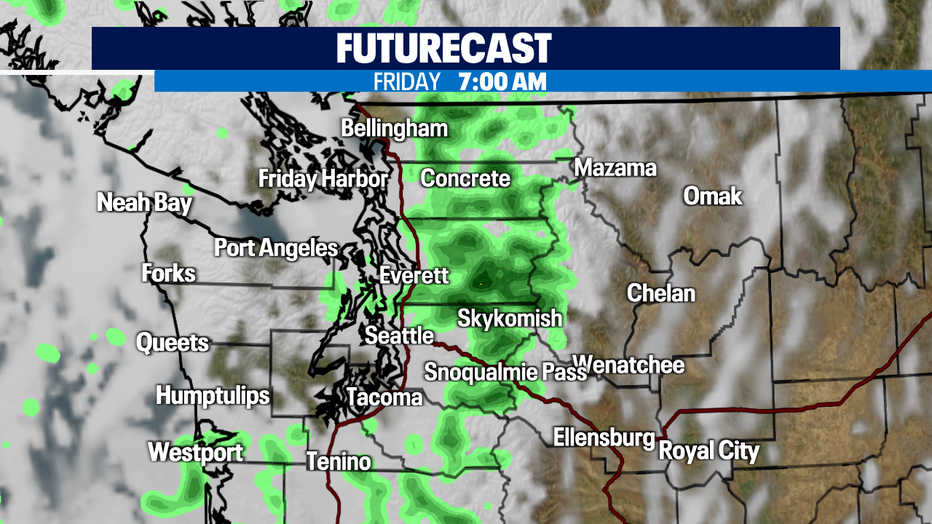 Wednesday marked day 51 without measurable rain at SeaTac and that matches the second longest dry stretch at the airport. 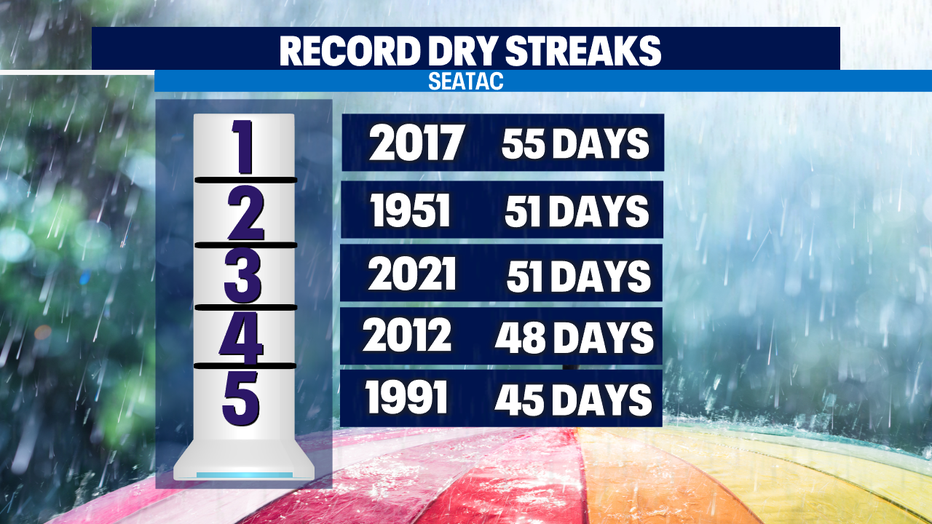 And while Western WA hopes for a few showers Eastern WA could be dealing with thunder and lightning along with gusty outflow winds.  A "Red Flag Warning" goes into effect Thursday.  This not good for firefighters trying to contain blazes burning.  Winds can easily cause embers to spark new fires. 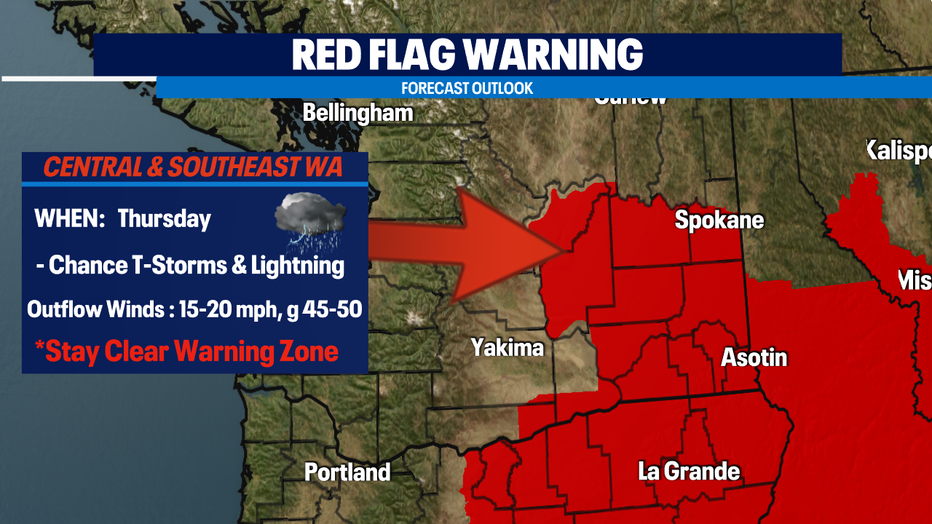 Temperatures fall off Friday and Saturday as a few disturbances move through the region giving us a chance for a few light showers.   By Monday we'll start to warm up again into the mid 70s with nearly 90-degree weather by Wednesday!  Stay tuned! 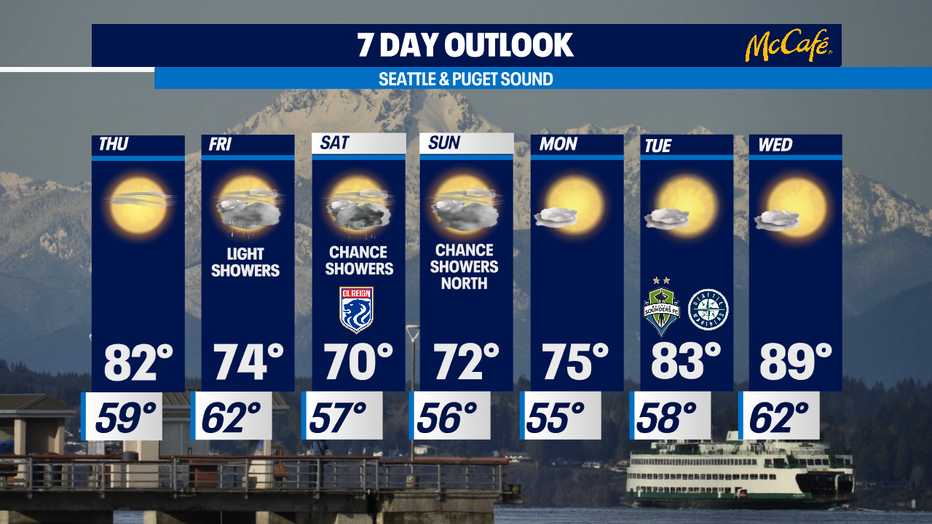 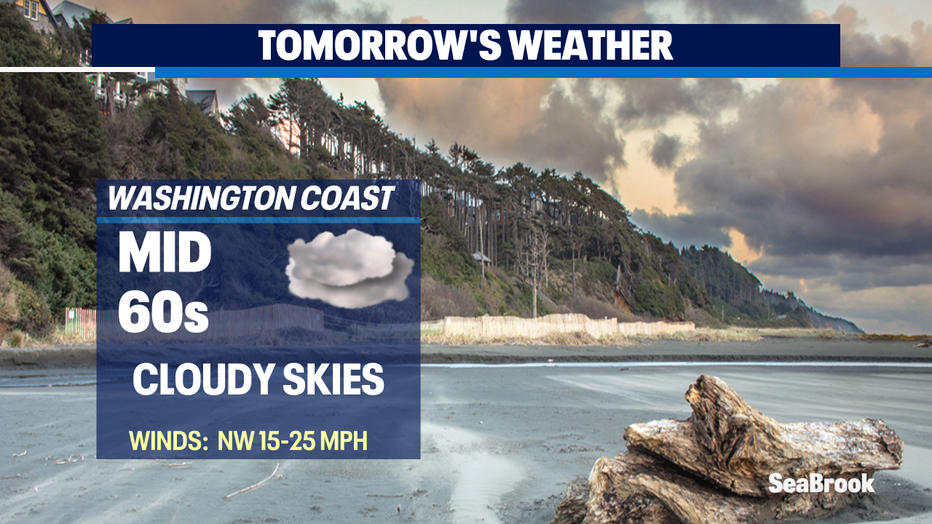 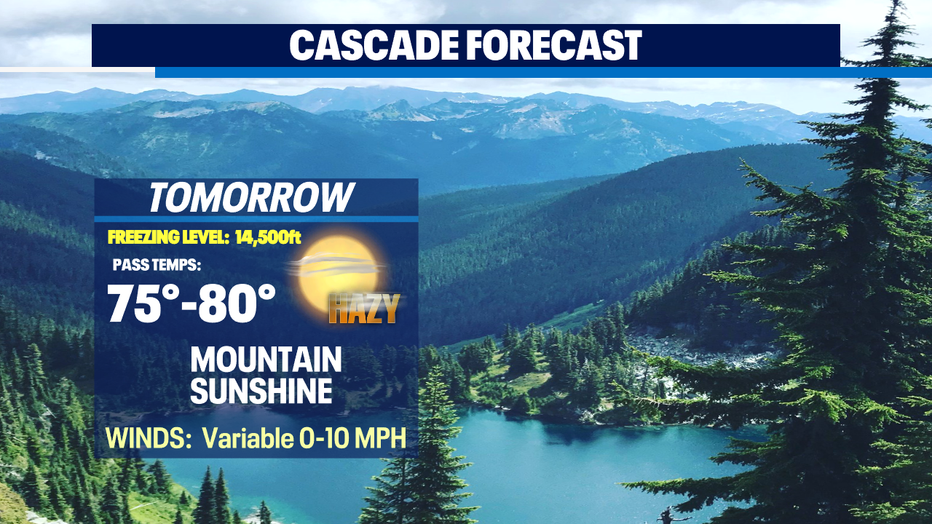 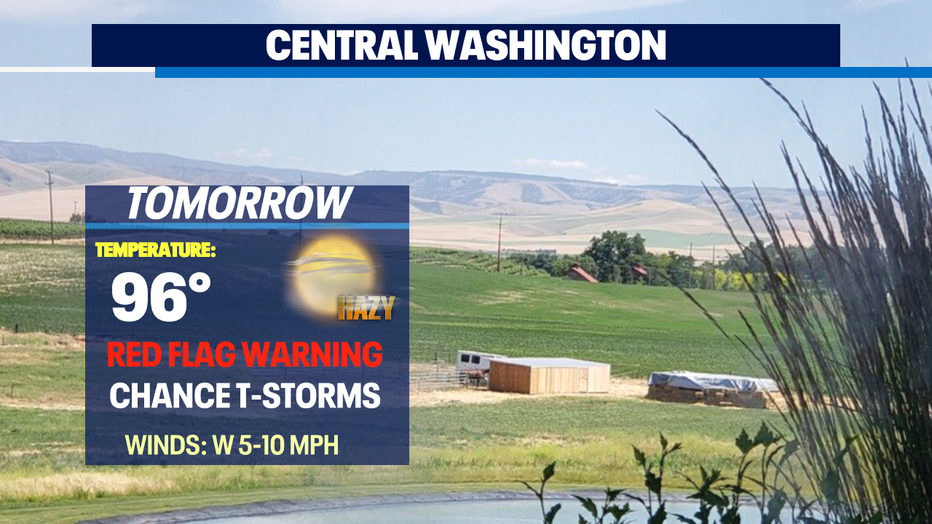