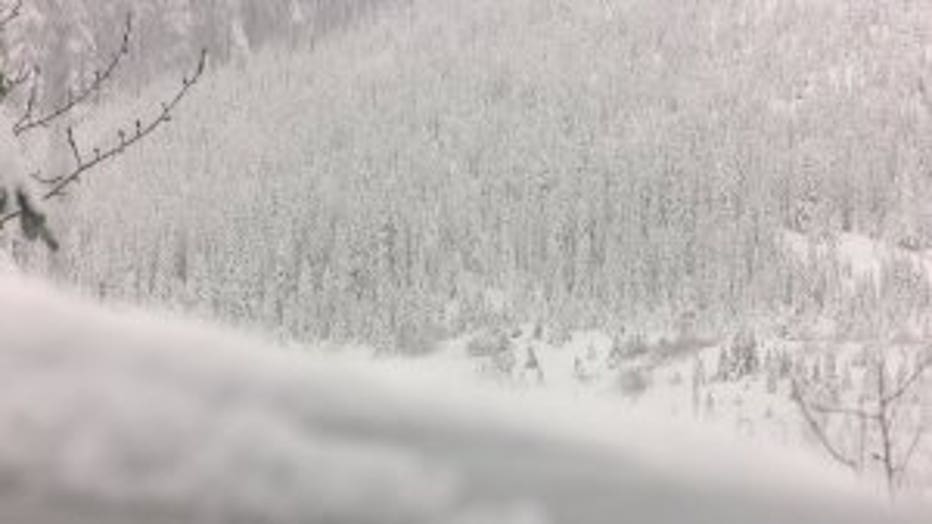 SEATTLE -- Rain is back – and it’s here to stay for the first part of this Christmas week. That’s going to translate to a ton more snow for the passes this whole week.

Expect wintry driving conditions through Christmas up there. We’ve already seen up to a foot and a half of new snow this weekend up at Snoqualmie – and in the next two days we could see another 2 feet. There’s a WINTER WEATHER ADVISORY until Tuesday at 4am. Carrying the chains is a good idea if you’re heading over those mountain passes.

Viewers shared photos Monday morning of snow at some lower elevations including Belfair, Seabeck and Tahuya.

As we get into Wednesday afternoon – we’re going to finally be on the cool side of the jet stream and snow levels could be low enough each morning that we could see some low elevation snow. But the atmosphere doesn’t look that we’ll have all that much moisture left in the atmosphere at this point.

Most snow will be away from Puget Sound and up on the higher hills above 500 feet. The chance for a white Christmas is slim but some folks away from the Metro will have a better chance to get a little snow on Christmas. The last time snow was on the ground for Christmas was 2008. There was some snow in 2012 but not in Seattle.

Here are some tools to help you during the holiday travel season: