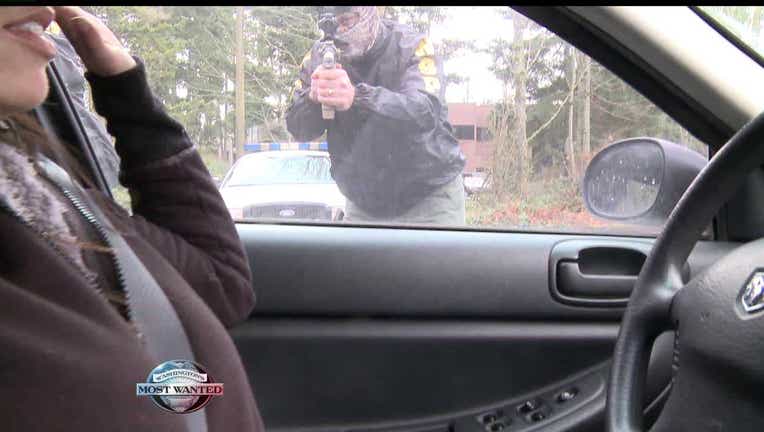 Car thefts are on the rise across Washington state and now, police are fighting back. The “Take the Bait” campaign has the state’s top car crime cops setting up stings to catch these thieves. “You’re going to see how unmarked police would typically take down a bait car,” WSP detective John Anderson said. WSP’s auto theft unit has recovered about 5,000 stolen cars since 2002. And what may be their best weapon against car thieves is an old school tool known as a “bait car.” “Bait cars are typically put out in areas where police agencies have identified as an area where a lot of cars are stolen from,” Anderson said. “So we look at the types of cars that are stolen, put that kind in the area and wait for it to be stolen.” Washington state ranks seventh nationwide for stolen cars in the U.S. Thieves consistently target specific vehicles. “Anything mid-‘90s Hondas , mid-‘90s Toyota Camrys,  Ford pickup trucks, Chevy pickup trucks -- those are all high on the list,” he said. Once one of these bad guys try to grab a bait car, things happen pretty fast, but there is one thing the guys in this unit agree on -- protecting your car is pretty straightforward. “Following the safe practices of locking their cars, not leaving valuables exposed,  parking where it`s lighted. When they go into a daycare or store, shut the door lock it and take the keys with them,” Lt. Keith Huntley said are the best ways to prevent your car from being stolen.