It was May 14, 1991 on I-5 South near Kalama when one semi-truck crashed into another killing two people instantly. “In that crash, one of the commercial vehicles had stopped for some roadway construction and was backed up into traffic," said WSP Detective Greg Wilcoxson. "Then along came a second commercial vehicle that was driven by Lester Harvel. and he ran into the back of the stationary semi-truck.” 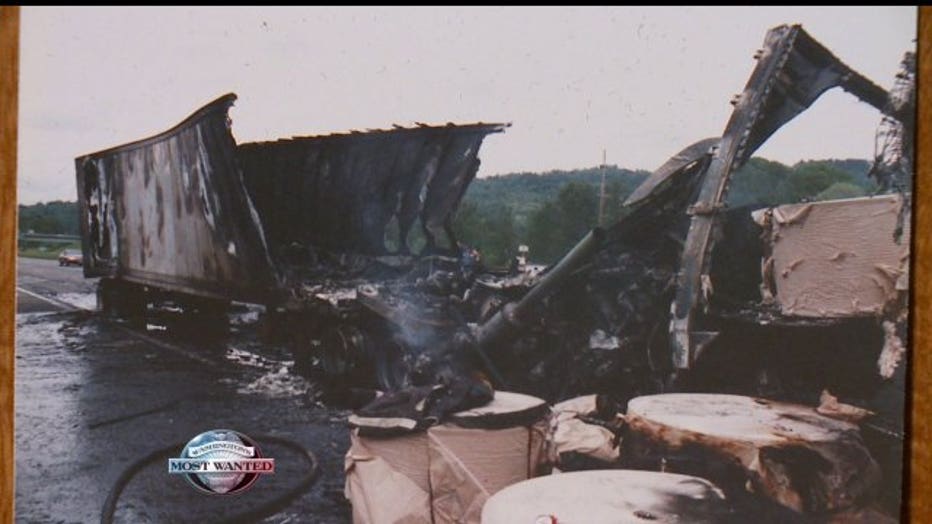 Lester Harvel., 26, was burned in the crash beyond recognition and so was his passenger, a woman who has never been identified. “We don’t not believe that he was dating her, reason being he had a girlfriend back in the Missouri area to our understanding. And I have contacted the family and attempted contact with that girlfriend, but I have spoken to the family and it leads me to believe that she was an unauthorized passenger.  But I don’t know if it was a relationship or he was just giving her a ride,” Wilcoxson said. Lester had driven from Missouri and had just dropped a load off in Tacoma when the crash happened. There’s no record of  the unidentified woman being with him so investigators are hoping to discover more about her through DNA. “As a result of going to some training and homicide investigations I was talking to someone who had indicated that the university of North Texas identifies human remains,” Wilcoxson said. He is planning to exhume the woman’s remains in hopes of getting DNA from her bones. This could lead to her identity and to a family who has likely been looking for her all this time. “This is somebody’s sister, somebody’s daughter who has been unidentified now for over twenty years as a result of a motor vehicle collision and the Washington state patrol would like to identify who this person is so we can notify the family,” he said. Washington’s Most Wanted will join investigators for the exhumation next week as we team up with Crime Stoppers of Tacoma-Pierce County, The Puyallup Tribe and WSP in hopes of identifying her, finding her family and solving the 22-year-old mystery.