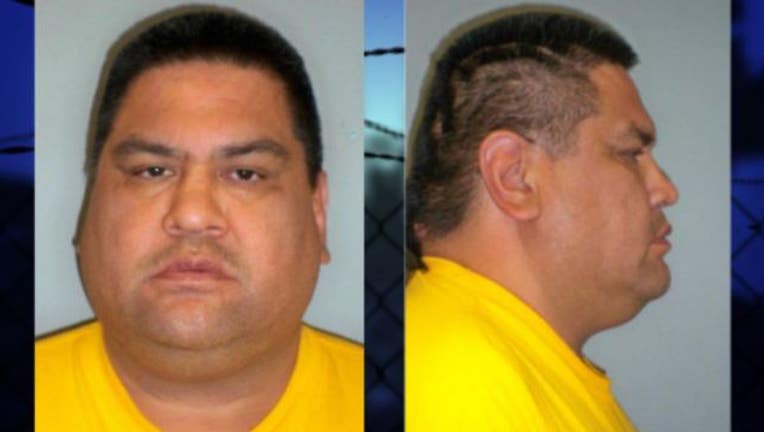 FUGITIVE CAPTURED Feb. 10, 2014 -- Washington's Most Wanted fugitive, Steven Arbuckle was arrested Monday afternoon. Law enforcement received multiple tips on his possible whereabouts after people saw him on WMW Saturday night in Yakima. Toppenish Police and the Yakima County Sheriff's Office took him into custody without incident in Toppenish. He is the 495th fugitive caught since WMW launched in November, 2008. FUGITIVE WANTED IN YAKIMA COUNTY Feb. 7, 2014 -- This convicted child molester nicknamed "Crazy" has disappeared in Yakima County. Steven Arbuckle did hard time in federal prison for the crime, and now he's failing to register as a sex offender. That's just one of three warrants he has right now. Officers say he's also a gang member, a high-violent offender and a hard drinker which bumps up his threat to the community and police. Arbuckle is 46-years-old, 6' 1" and weighs 260 pounds. Officers think he could be hiding in the Lower Yakima Valley, possibly in Wapato. If you know how to get him back on the map in Yakima County, call in an anonymous tip: CRIME STOPPERS: 1-800-222-TIPS You must call the Crime Stoppers hotline with your tip to be eligible to receive a cash reward for information leading to a fugitive’s arrest. CLICK HERE for information on how to TEXT A TIP to Crime Stoppers