CAPTURED 12-15-13 Federal Way police arrested Wilson on 12-15-13. WANTED BY DOC IN KING COUNTY -- A child predator who goes by the nickname, ‘Little Budda’, has gone off the grid in King County. Wilbert Wilson has been busted for preying on a 14 year old girl. She bravely told her school counselor about it after it happened at a motel where she was staying. The sex crimes are just a slice of Wilson’s massive rap sheet. He’s 32 years old and also goes by the fake name "Leshawn Mechen". If you know where he’s hiding, call an anonymous tip into: CRIME STOPPERS: 1-800-222-TIPS You must call the Crime Stoppers hotline with your tip to be eligible to receive a cash reward for information leading to a fugitive’s arrest. CLICK HERE for information on how to TEXT A TIP to Crime Stoppers 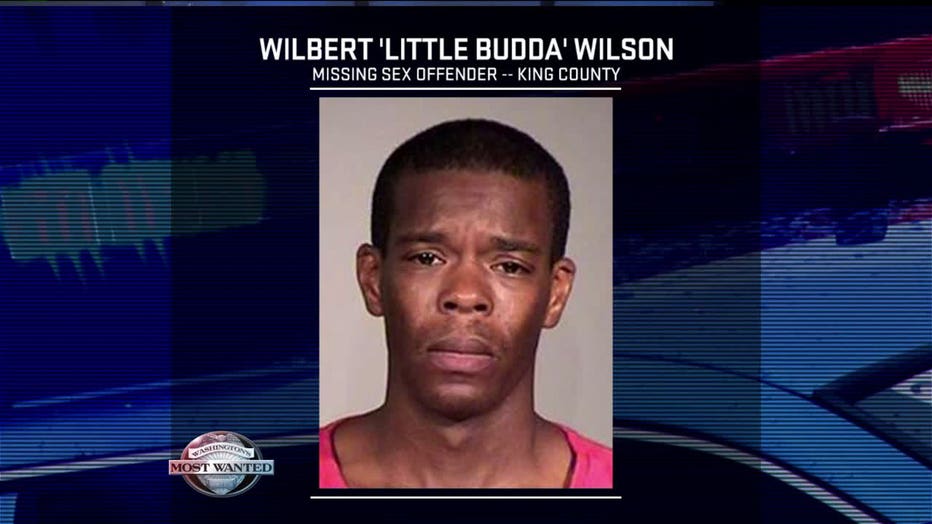