THURSTON COUNTY -- -
The crime was horrific. The victim was a mother of three. The killer, or killers, seemingly wanted to send a message, but what message exactly and why are they questions that continue to torment detectives 14 years later. Now, they need your help to solve the murder of Karen Bodine.

Karlee Bodine was forever changed by her mother's murder in Thurston County. 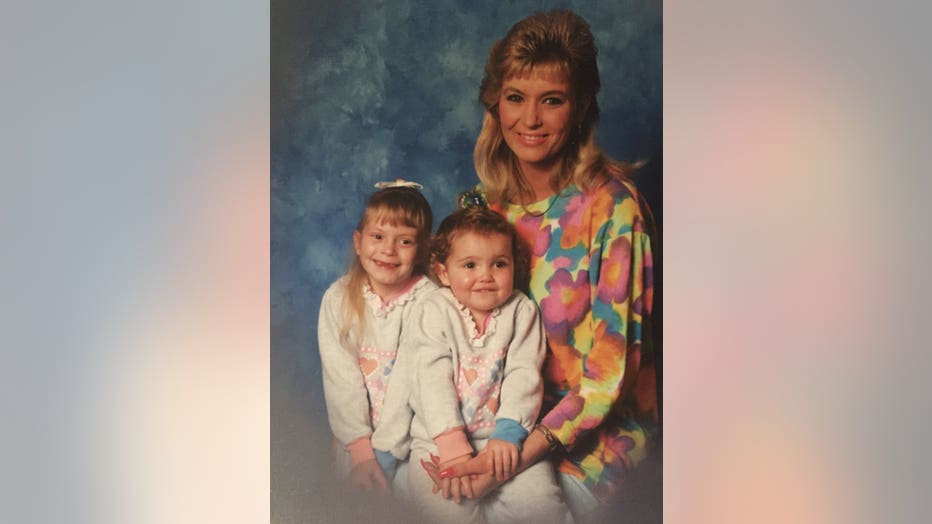 "There are two parts of my life, there's before my mom died and there's after," she says.

"It's affected our whole life...people will say, 'I know how you feel,' well no, they don't," says Karen's mother, Sharron.

How different life would have been for the entire Bodine family had they not been cursed by the horror, darkness and everlasting grief of murder.

Karlee and Sharron say there's no denying it, Karen was the center of their lives. The mother of three was passionate, fiery, creative, even sometimes a little bit strange, they joke affectionately.

She'd leave them little notes hidden in their books and notepads, always finding creative ways to tell them she loved them. Even during difficult times, Karen was full of life. Maybe that's what made her death in January 2007 all the more unfathomable.

"She always never wanted me to go, and it was always hard for me to go, but I remember her saying, 'don't go, stay five more minutes,' and that's the last time I saw her...it was the weirdest feeling getting up and getting ready for my mom's funeral before I got to graduate high school," says Karlee.

Detectives know Karen was hanging out with a group of people into the early morning hours of January 22nd. Approximately five hours later, her body was found on the shoulder of Littlerock Road Southwest near the entrance to an old gravel quarry.

Losing Karen was one thing, but learning how she was taken from them was another.

"The way they left her..." Karen's mother Sharron hardly has any words to explain it.

"They did what they did and they were done with her. It's horrible, it's disgusting. People take more care with their garbage and recycling," says daughter Karlee.

The latest detective on the case, Mickey Hamilton, says knowing the brutality of the crime and the way she found will never leave him.

"The way they left Karen, nobody should have to suffer that kind of indignity...she was posed yes, definitely," Hamilton says.

Detective Hamilton says while she was stripped of her clothing, there was something left on her body.

"A ligature was found around her neck...I think it's unusual in the fact that everything else was removed from her body. Why was that left is a big question that I have," the detective says.

Whoever killed Karen seemingly wanted her body seen by many, leaving her displayed in arguably the most visible spot on the entire long and busy road. It seems they wanted the shock value. And it seems there was more than one person most likely involved.

"I think when you have a case that has as little evidence as this one does and has gone on as long as it has, more than one person was probably involved," Hamilton says.

The timeline of events also suggests it's unlikely only one person knows exactly what happened, as investigators know she was with several people not long before her body was discovered. In part, that's what makes this case all the more maddening.

"I feel very strongly this was somebody she knew," Hamilton says.

"It was a very brutal attack. Who in her life would be angry enough to do that to her?" he says.

From day one of the investigation, detectives had a sighting of an 80s model brown Datsun with a lighter color camper shell spotted in the area about an hour before Karen was found.  After following up, Det. Hamilton found four witnesses who gave descriptions of vehicles seen around the time she was discovered.

They had a lengthy list of suspects, as investigators say Karen had been hanging with a rough crowd that night.

"I look at this case in hindsight of 13 years and I think, man it's so close, and yet we still haven't made an arrest yet," Hamilton says.

Detective Hamilton's frustration and overall dedication to the case is made all the more noteworthy by the fact that he is not a cold case investigator. He was never even assigned Karen's case. Yet he was still determined to help, something that means the world to Karen's family.

"If he's doing this and he's not even assigned to it, that shows passion and wanting to do something," says Karlee.

"He told me that he drove by the area where Karen was found on a daily basis and he said, 'Finally I just looked at that enough times driving by that I said I want to help, I want to help this family and solve this case,'" says Sharron.

Through it all, the family has never given up on the hope that they'll one day get answers.

"Nothing has faded. No wounds have healed. It is still as raw and open as it was when it happened," says Karlee.

Karen's mother, Sharron, says the pain is difficult to articulate.

"It just hangs over you, it's like a cloud hanging over you every single day. You know sometimes when the sun's shining and it's a beautiful day and I'm enjoying it, I just don't feel worthy," she says.

It's been very difficult to have purely joyous moments without her. Her murder is always in the back of their minds. Karlee says she feels if the case was finally solved, she'd be able to properly grieve her mother the way she desperately feels her mother deserves.

"I just want to know what happened so I don't have to think about my mother's last moments every day. I want to imagine her good times, and that's all I can think about are her last few hours, and I don't want to do that anymore...She doesn't deserve that, she had so much life and we need to remember that. Not how she died," Karlee says.

If you have information on Karen's murder,  you can remain completely anonymous by contacting Crime Stoppers of the South Sound at 1-800-222-TIPS (8477).    You can also send in your anonymous tip through the P3Tips app that you can download to your cell phone for free.  Crime Stoppers will pay you a cash reward of up to $1,000 if your tip leads to an arrest in the case.