RENTON, Wash. - A haunting double murder has left scars on even the most seasoned detectives: the killing of a Renton, Washington mother and her two-year-old daughter.

Elizabeth ‘Liz’ Watkins and her daughter, Nicole, were killed in their apartment on Nov. 4, 1995.

There is a puzzling lack of clues in this case, which is why tips from the public are so crucial.  You will remain completely anonymous.  You can submit your tip using the P3 Tips App that you can download to your cell phone for free or by calling 1-800-222-TIPS (8477). You can also submit tips at www.P3Tips.com.

"In a blink of an eye, you can have two people you loved so much-and you wake up the next morning they’re gone, violently taken away," said Tammy Olivieri, Liz's best friend and godmother to her daughter.

"There’s a certain amount of evil in this world, but many of those things happen to people who kind of live lives that sort of puts them more in those circumstances. But when it appears that evil just comes out of the shadows, that’s disturbing for all of us," says Renton Police Sgt. Russell Radke.

To truly understand the gravity of the murders, you have to go back a few years before that November night.

"I can still remember the day she told me she was pregnant. We just cried and cried," says Olivieri.

Elizabeth, or Liz as friends called her, moved to Renton with her best friend Tammy Olivieri, largely to get away from the trauma she experienced from having a stillborn son years earlier in California. Liz never thought she’d have another chance at motherhood.

"She was happy before but this just put a whole other outlook on life," says Tammy.

"She was a humble person and a very grateful person," says retired Pastor Kirby Unti.

"It was some meaningful for Liz to realize that there was a whole community of people who not only care for her but more importantly cared for her baby," says Unti.

One of those people was Barb Smith.

"They could’ve been soul sisters because Barb has that same heart for people," says Unti.

"She made a difference in people’s lives and not everybody can say that," says Barb Smith. Smith was there, eager to help support Liz as she pursued a dream of becoming a nurse. "She was doing so well for herself. She had a goal and she was going for it," says Smith. 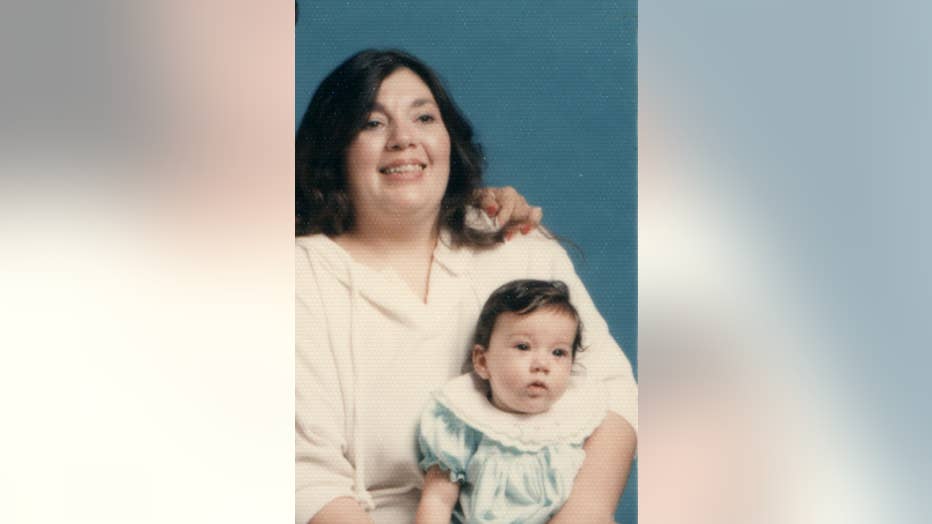 It became part of their routine, Barb sometimes helping Liz study. Such was the plan on Saturday, November 4th, 1995.

"I can literally feel it in my body right now um I kind of have chills, remembering the day I got the call," says Unti.

Liz and Nicole were found on the floor in the kitchen.

"One thing I felt later on, was sort of a sense of honor that it was me who found them because it was someone who loved them and cared about them, instead of a stranger or police."

Over 25 years later, the pain for Smith is still raw.

"Going to those scenes changes you," says Sgt. Radke. Back then, Radke was a new detective tasked with helping process crime scenes.  "It was horrific; there was no other way to describe it. And I was a single widowed father with a child the same age, so when you talk about walking into a crime scene-it’s not like a standard crime scene right? There’s a component of how do I even separate out my own stuff from what I’m seeing in front of me at this point. It was just awful."

An autopsy determined Liz and two-year-old Nicole had been bludgeoned to death with an unknown weapon that was never found, seemingly brought to the scene and taken with them by the killer. Investigators believed the killings took place around 5 p.m. before they were found. It would’ve still been light outside. There was no forced entry, no sign of sexual assault, nothing stolen. Aside from the bodies, the apartment was essentially spotless.

"There was nothing that stood out. Which is just super unusual. And I’ve since then obviously I’ve been to more than a handful and I can’t say I’ve ever walked in one with that same feeling," says Radke.

Then and now, there was a disturbing lack of evidence.

"If it’s a crime of passion, they, the suspect-traditionally makes a whole bunch of mistakes right because they’re in the throes of this anger or whatever’s driving them, so there’s pieces of themselves if there was a fight-there’s blood spatter, weapons-and things turned over-right? There’s just a bunch of other things that weren’t in this crime scene," says Radke.

To complicate things even further, detectives couldn’t find anything in Liz’s life. past or present, that would put her in the cross-hairs with dangerous people.

"Nothing makes sense. There’s no road you can follow to give you an answer," says Tammy Olivieri, Liz’s best friend and Nicole’s godmother.

No debts, drugs, or love affairs. Liz’s life seemed to revolve around Nicole, church and school. The few people who could classify as an obvious suspect like an ex, Nicole’s father or family were ruled out through solid alibis. 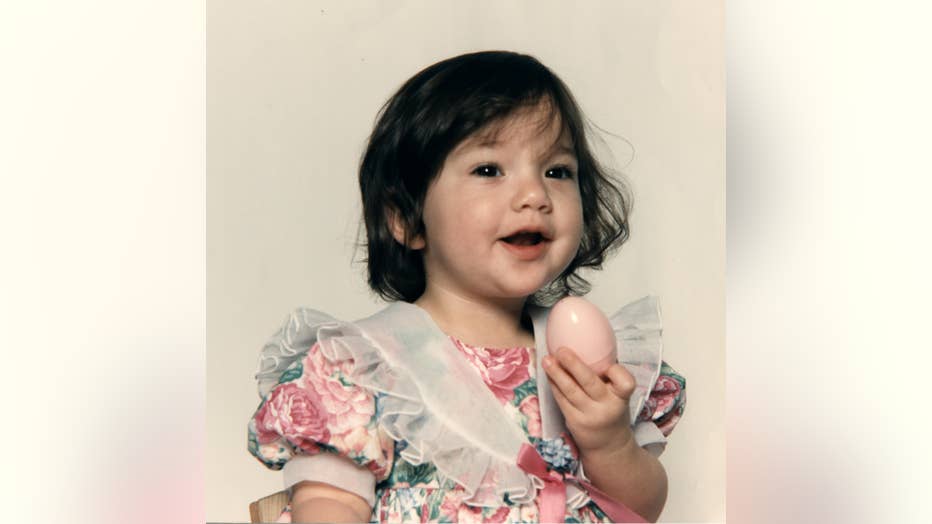 "Who would do this? There was no reason. Liz was just a kind wonderful person who didn’t make any trouble-and a baby? Who would kill a baby? A two-year-old who couldn’t have possibly harmed anyone, she was too young to be able to describe the person. I mean who would kill a baby?" says Barb Smith.

"It’s not very often that you see a child killed specifically in this manner and something that just kind of stays with you is that Elizabeth was trying to protect Nicole, based on what the layout was afterward," says Detective Peter Montemayor, the current detective on the case.

"She did what a good mom would do," says Sgt. Radke.

"She literally was trying to protect Nicole, Nicole was under attack as much as she would have been. I mean who can imagine that? … I cannot imagine any human being who could harm a baby like that, let alone in her mother’s arms," says Pastor Unti.

"I can’t imagine what was in Liz’s mind for whatever short amount of time it was there, that just breaks my heart, it makes me sick," says Olivieri.

It’s easy to go down a rabbit hole of questions and thoughts - the chilling possibility it was completely random - and how few tips have ever come in about the killer.

"Obviously they had something in their hands, and if it was as violent as it was, did they not have blood on them? Where did they go? Somebody has to know something," says Olivieri.

"The walls aren’t that thick-to this day you can stand in the hallway and hear conversations in two or three different apartments, so it's just not possible for somebody to have not heard something," says Radke. He adds, "She was a good person she was being a good mother, with a good kid who got no chance, so yeah people should care."

"She would have been a fabulous nurse. She would’ve been the best nurse. So yeah the world lost a lot, not just us who considered her a friend…our community lost this darling little child who would’ve grown up to be somebody good," says Smith.

For Olivieri, losing her best friend and god baby altered her life in a way few could ever understand. She couldn’t stay in her home anymore-too many memories with the two of them. She also had to leave her job at a Christian daycare, something she’d so cherished before the murders.

"I was angry at God at that moment and it's so weird to be so thankful to him one moment, and then so angry the next. And I could not be in that church, with that children-and it’s like why, why Nicole? Oh, they always say ‘well they’re in a better place god had a reason,’ well we had a reason for her too, you know, and if God had a reason for them he wouldn’t have let them go that way, that’s not the way they would go. This was just evil that took them."

Whatever evil took them that night, is still out there. The twisted-maddening mystery of it all, tainting the memories of a mother and daughter who had everything to live for.

"She was so excited for the future you know and Nicole had her whole life ahead of her. you know you don’t just take someone from someone like that. And I want people to know that they were so loved and are so missed, and they didn’t just take Liz and Nicole’s life really, anyone who had anything to do with her or that knew her and loved her, they took part of us too," says Olivieri.